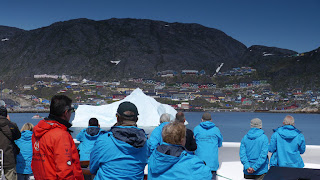 Since we left Reykjavik, FRAM cruised by Cape Farewell, the southernmost point of Greenland. Then we were heading due north on Greenland’s west coast.
In the morning around 4.30 FRAM reached the first ice belt. Some of us were woken up by the noise of the sea ice scratching the ships’ hull.
After breakfast, many were on the outside decks and were really exited by the beauty of the sea ice under a blue sky. 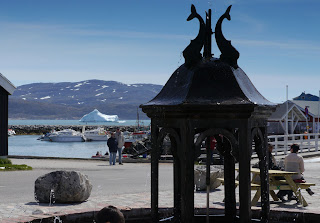 By 14.00 we reached Qaqortoq, a 3700 community in southwest Greenland. FRAM was at the pier so we all went for a walk through the town, checking out every corner, from the supermarket to the museum. What a lovely place, nestled between mountains and a nice lake, which is also the freshwater reservoir for the town. Later in the afternoon some of us went for a walk along the lakeshore, while others visited the local tannery. 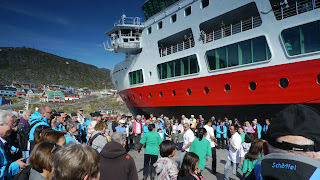 Qaqortoq is a booming town, expecting more development from a new airport project and mining activities that should start in a short future.
Later in the evening, FRAM left Qaqortoq for Hvalsey, a former Viking settlement, where we had a late evening landing with our very special Polarcircle boats. 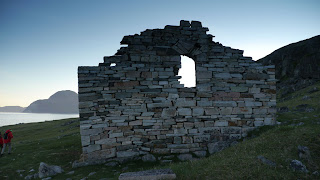 This was another great experience for our passengers, as they had never used the boats before on this trip. On the spot we saw the remains of an old Viking church, with a stunning vista over the fjord. Finally we were all back on board by 23.00, tired but happy. 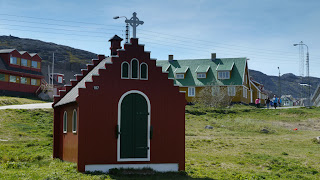