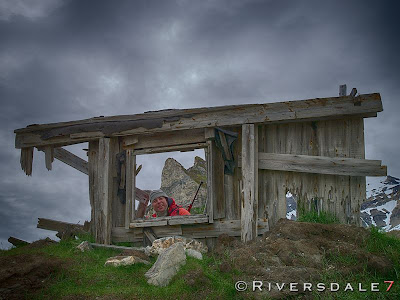 We landed at Alkehornet shortly after 09:00.

Just up from the landing site on a rich green flat area was a herd of 21 reindeer.  The males had enormous racks. The reindeer seemed quite habituated to people as many people were able to approach them within twenty or thirty metres.  However, after a time, the reindeer slowly ambled off.

Alkehornet is an impressive place.  Towering cliffs rise steeply above the grass and moss plain.  The cliffs provide nesting sites to thousands of Kittiwakes and Fulmars.  It is now getting late in the season.  Before long these same colonies will be devoid of avian life.

The Expedition Team was spread out over a broad expanse providing a huge area for us to roam freely.
The sky was overcast but the temperatures were in ~ 5˚C - 7˚C range.  Without any wind to speak of, it was quite a pleasant morning to hike from one Expedition Team member to the next.  If you managed to visit them all, you would have put in a decent morning’s hike.

In the afternoon at 15:00 we all met in the Observation Lounge for the Captain’s farewell speech and a final, “skoll”.  The ship’s crew sang a touching farewell song.

The farewell in the Observation Lounge was followed by a charity auction.  The three items up for auction were: a unique plaque commemorating this voyage, the ship’s flag and the master chart of the voyage.  The funds raised at the auction will go to a fund for worthy students wishing to attend the Arctic Guiding program in Longyearbyen and to environmental causes in the Arctic.  The funds raised by auctioning the plaque go to the crew fund on board Fram.  The crew fund serves many purposes not least of which is to purpose things such as bicycles for the crew, choice prizes to win on bingo nights or perhaps to take a taxi into town when a port isn’t central.

In the late afternoon at approximately 17:30 we made our final landing at Skansebukta.  If Alkehornet is impressive, what adjective does one use to describe this stunning place.  That’s it! Stunning!  Inspiring. Dramatic. The list could go on.  Even more impressive cliffs rose straight up from the beach.  At times the sun fought its way through the dense cloud cover illuminating the warm cliffs with yellow sunshine.

Thousands of Fulmars nested high on the cliffs.  A steady stream of Puffins flapped busily to and from the sea.  Occasionally you could spot one land in a cleft in the cliffs.  At the end of the landing everyone was treated to a tour in the Polar Cirkel boats to see nesting Puffins down closer to the sea.

By 20:30 everyone was back on the ship.  Sadly, the last landing of our voyage in the Arctic had come to a close.  We had seen a lot.  We had done a lot.  Our wildlife list was impressive, why with just cetaceans alone we had seen Blue, Fin, Humpback, Minke and Beluga whales.  We had seen many Reindeer, Arctic Foxes and countless sea birds including excellent observations of everyone’s favourite sea bird, the Puffin.  We have seen magnificent scenery that is indelibly etched in our mind.  We have had a true Arctic experience. 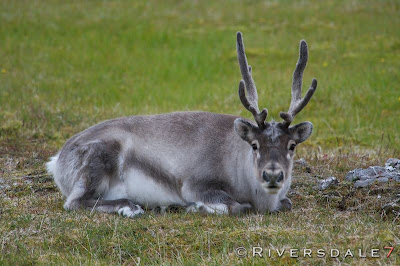 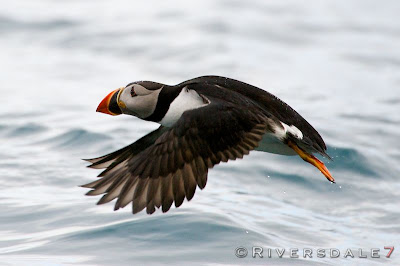 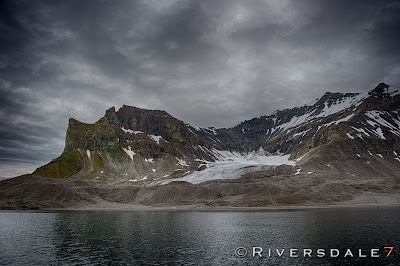