My Kind of People 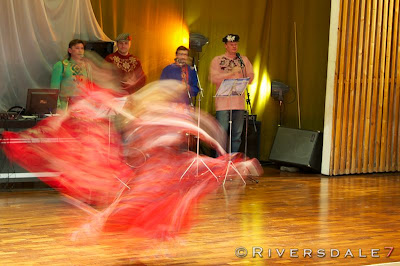 I like to think our clientele is different, but they are different in a way that they are my kind of people.  A vacation high in the Arctic late in August is not for everyone and I am thankful for that.  Who wants to see a lengthy queue of cruise ships in Longyearbyen, each ship accommodating 4000 passengers and each ship wishing to disgorge their passengers all at once?  Can you imagine?
I have been in the Polar Expedition cruise business since 1993 and have learned that in general, the people that vacation in polar regions care deeply about the environment.  They love wildlife.  They are addicted to the outdoors.  They embrace nature.  Cold weather is not an inconvenience but rather it escorts the elements of their dreams.  Without cold we would be bereft of glaciers and icebergs.  There would be no snow.   A world without cold would mean never having the possibility to encounter a wild Beluga Whale, or Polar Bear, or Muskox, or Walrus.
To Polar enthusiasts a vacation high in the Arctic in Spitsbergen means preparing for the elements and the possibility of encountering dreams.  Our guests on Fram are my kind of people.

Today, August 23, it was snowing hard in the morning here in Longyearbyen.  It seemed summer had decided to skip directly to winter without pausing for autumn.
Most people arrived at MV Fram between 16:00 & 17:00.  The checkin process was quick and easy.  The luggage had made it onto the ship before us and was already outside our cabin door when we arrived.

Before we left the pier we all participated in a mandatory safety drill.  When we heard seven short alarms followed by a long alarm we were instructed to assemble at our muster stations on deck five. We were then instructed on how evacuation and safety procedures would unfold should it ever be necessary  to abandon the ship at sea.

Soon enough we were under way and headed for our first destination, The russian coal mining community of Barentsburg.  We arrived at the pier at approximately 20:30 where we assembled in language groups with the Expedition Team and local Russian guides.  The tour was fascinating.  The buildings were in various states of repair and disrepair.  Some were leaning at odd angles and were obviously unfit to be occupied.  Others had new coats of paint and had been renovated.  Many of the buildings were typical Russian architecture.
We learned a little bit about what life might be like in a coal mine high in the Arctic.  All of the miners were on a two year contract.  It was obligatory for them to take two months off at the end of their contract after which they could sign on again and many of them did.
At the end of the 45 minute tour we were invited to their theatre where we were treated to traditional Russian folk music and dancing. 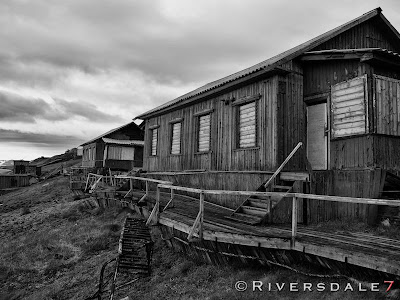 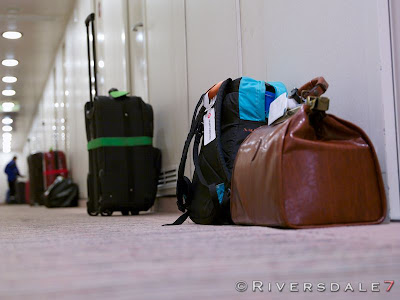 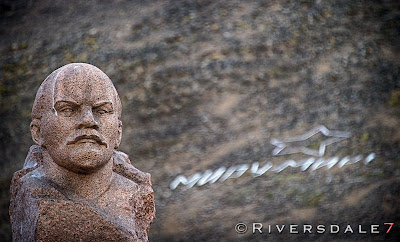