Heroes and Villains and Glaciers and Bears 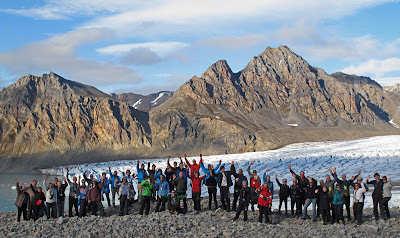 This morning we visited Ny Ålesund, one of the northernmost communities in the world.  It was a brisk 5˚C, overcast, with patches of bright blue sky.  At 08:30 we began to assemble in our boat groups on the pier.  We were then lead on a walk through the small but fascinating town.  The Expedition Team regaled us with stories of adventure and exploration.  There were heroes and villains.   There were stories of historic achievements in Arctic exploration and of tragedy and death. There were tales of commerce, mining, exploitation and more death. This is where Roald Admundsen launched his Zeppelin in 1926 and successfully flew to the north pole and back.  It is where Umberto Nobile’s subsequent challenging expedition ended in death, intrigue and tragedy.  It is where 21 miners died in a mine that already had a bad history of accidents.  72 people died in this mine between 1946 and 1962.
The checkered past of Ny Ålesund has now been replaced by an international co-operative of Arctic Scientific discovery and research.  As many as 15 nations conduct research here annually.
After the tour, many people took the opportunity to send post cards.  It is unlikely that their friends and family will ever receive another piece of mail from such a northerly destination.
By 11:30 everyone was back on Fram.  We then enjoyed ship’s cruising by magnificent glaciers and mountains deep in Kongsfjorden.

The afternoon’s plans to land at Julibukta at 15:00 were interrupted by two Polar bears on the landing site.  A female bear and her cub watched Fram drop anchor from the precise spot we had hoped to land.  Well, what can I say?  Bears have priority and after all,  they were there first.  In actual fact, the bears were another highlight to a trip already littered with highlights and we’re not even half way through!

Our original plan included landing 43 energetic hikers on the opposite side of the fjord.  The Polar Bears were far enough away that they posed no threat to them. While the hikers were shuttled to shore, the bears slowly meandered to a safe distance away from the landing site.  Before long, landing operations began at the original site and soon everyone was safely on shore.

At the end of the day, more than one red face was a testament that the sun had shone throughout the afternoon.  By 19:30 everyone was back on the ship. The hikers returned exhausted, but happy from a strenuous hike up and down boulder strewn moraine. 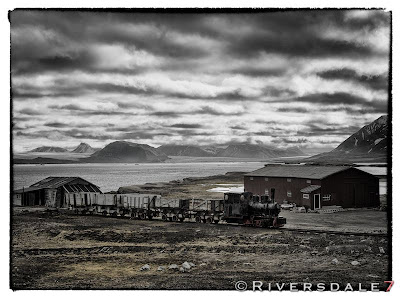 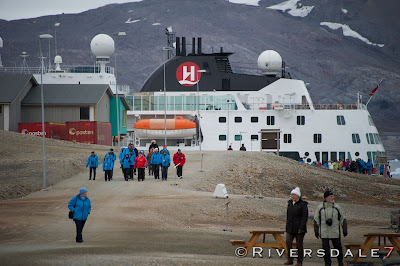 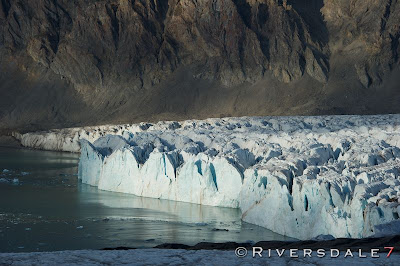