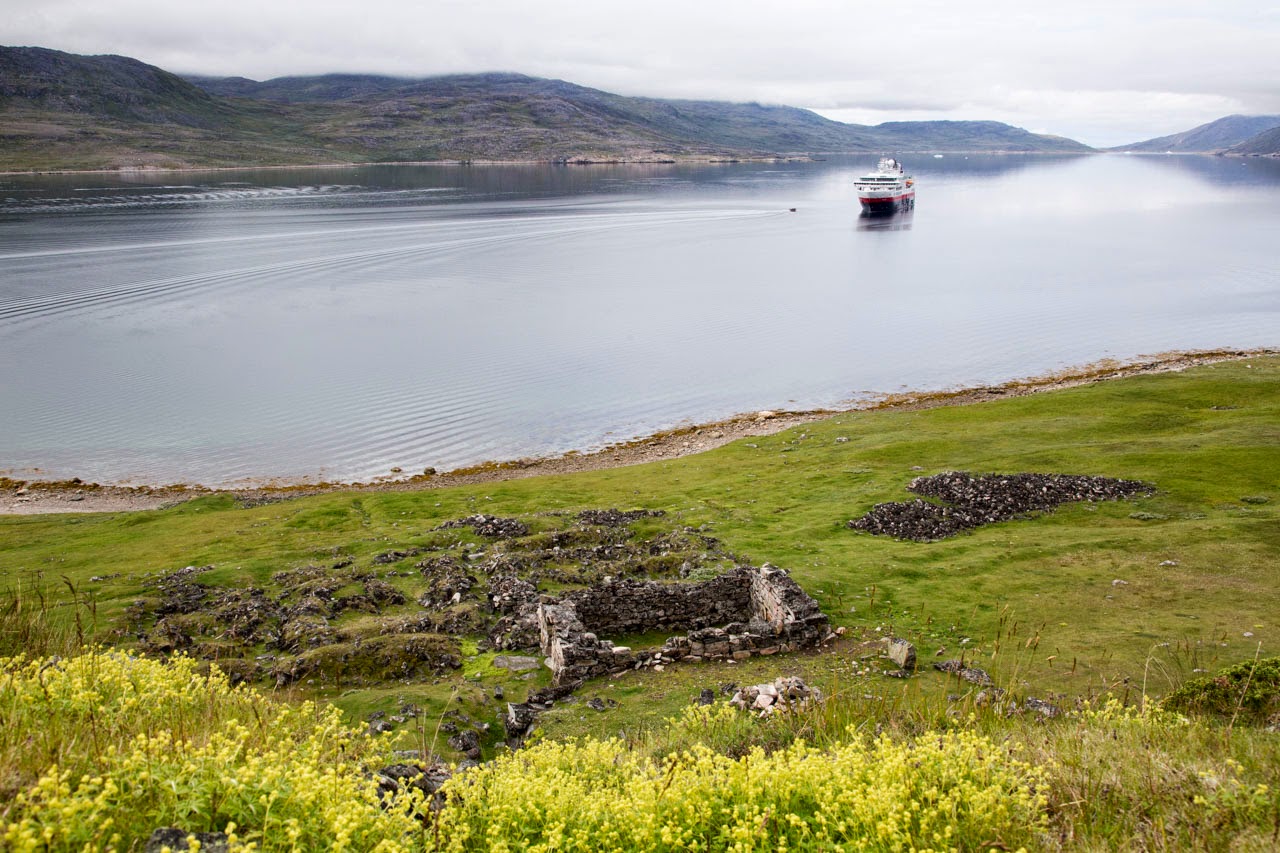 The Norse (also called by the popular term Vikings) settled in South Greenland in year 985. There are many remains of the Norse and present day Greenlandic sheep farms are placed where the Norse used to have their farms. 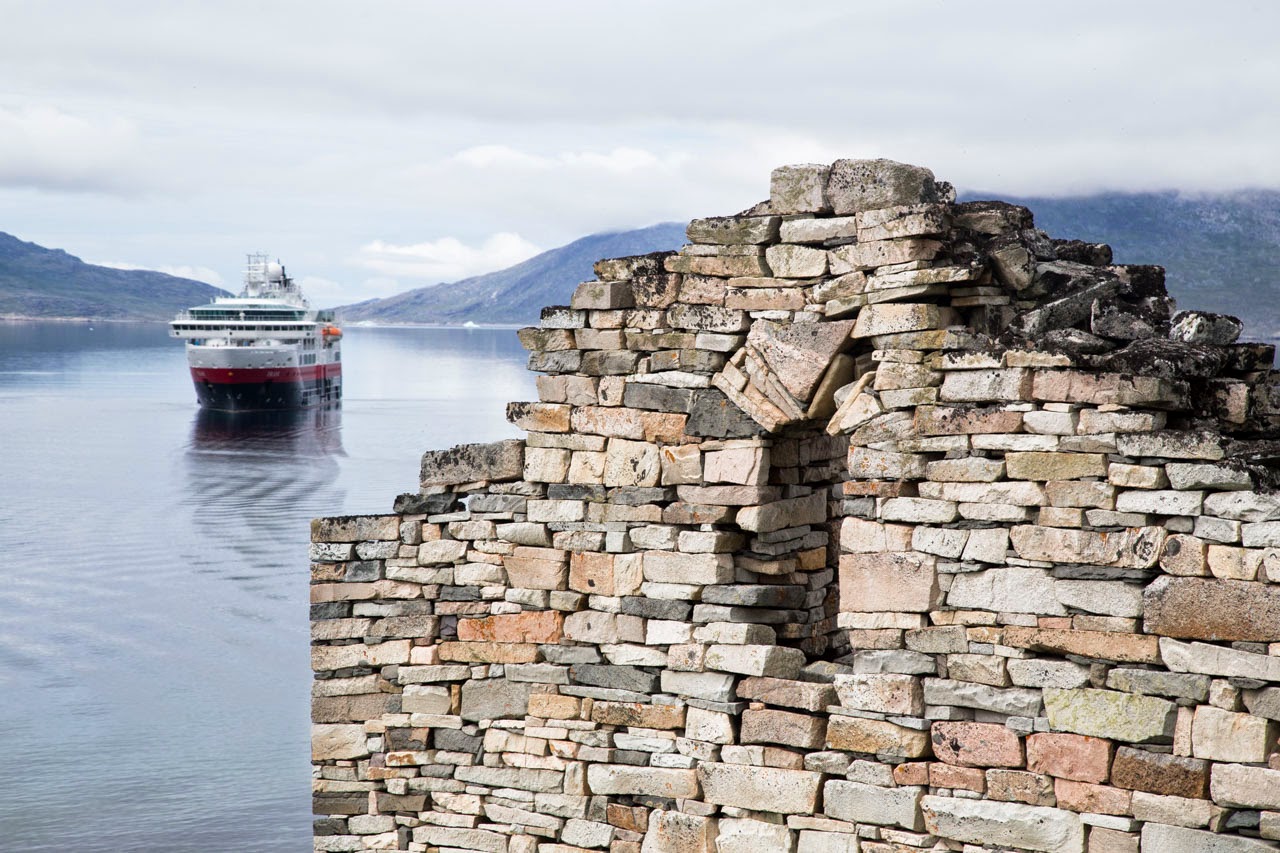 The most well-kept ruin of the Norse settlement is the Hvalsø Churchruin. It was built around in the 14th Century and it is amazing that is has been able to stand erect for more than 600 centuries in the this sometimes harsh and windy land. 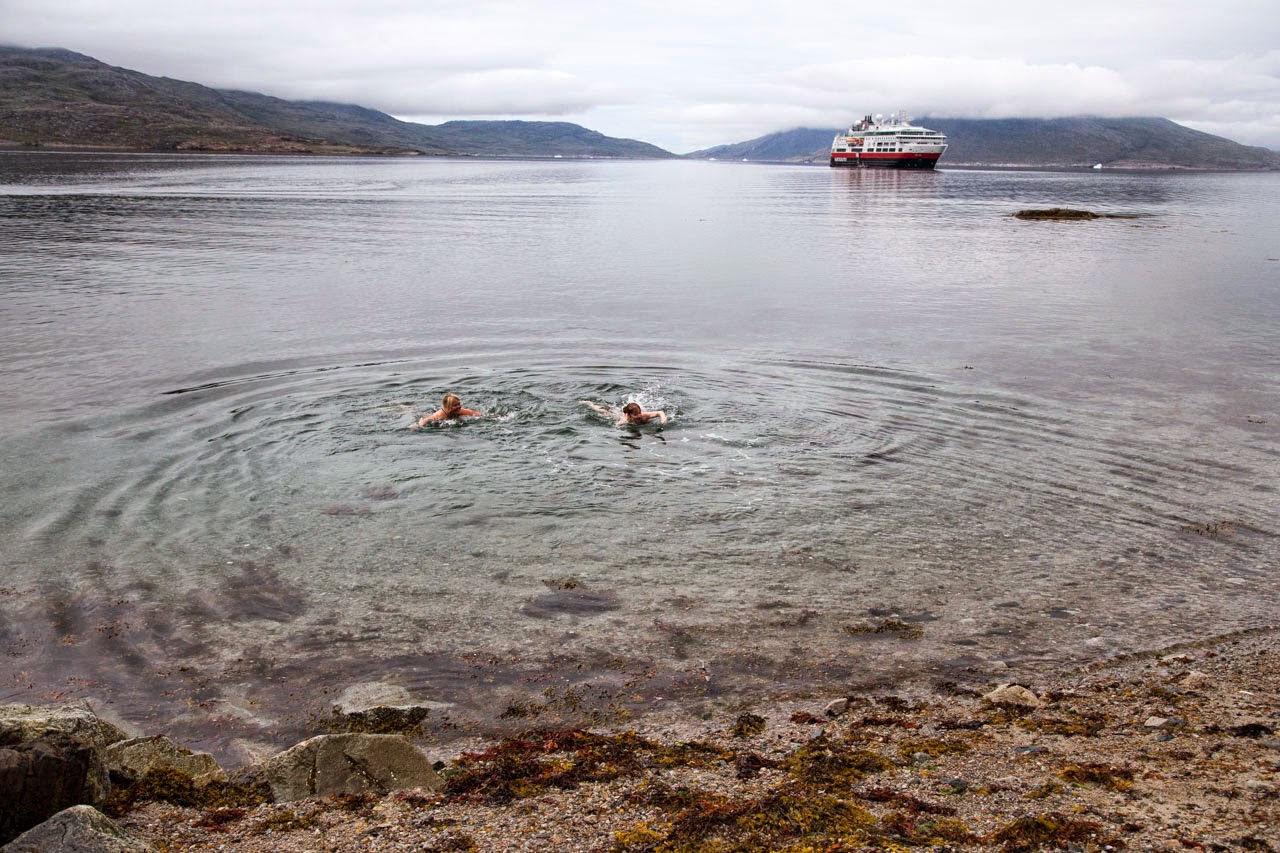 Swimming in Greenlandic waters with a temperature of around 5-6 degrees Celsius was such an irresistible temptation for a few of our passengers. 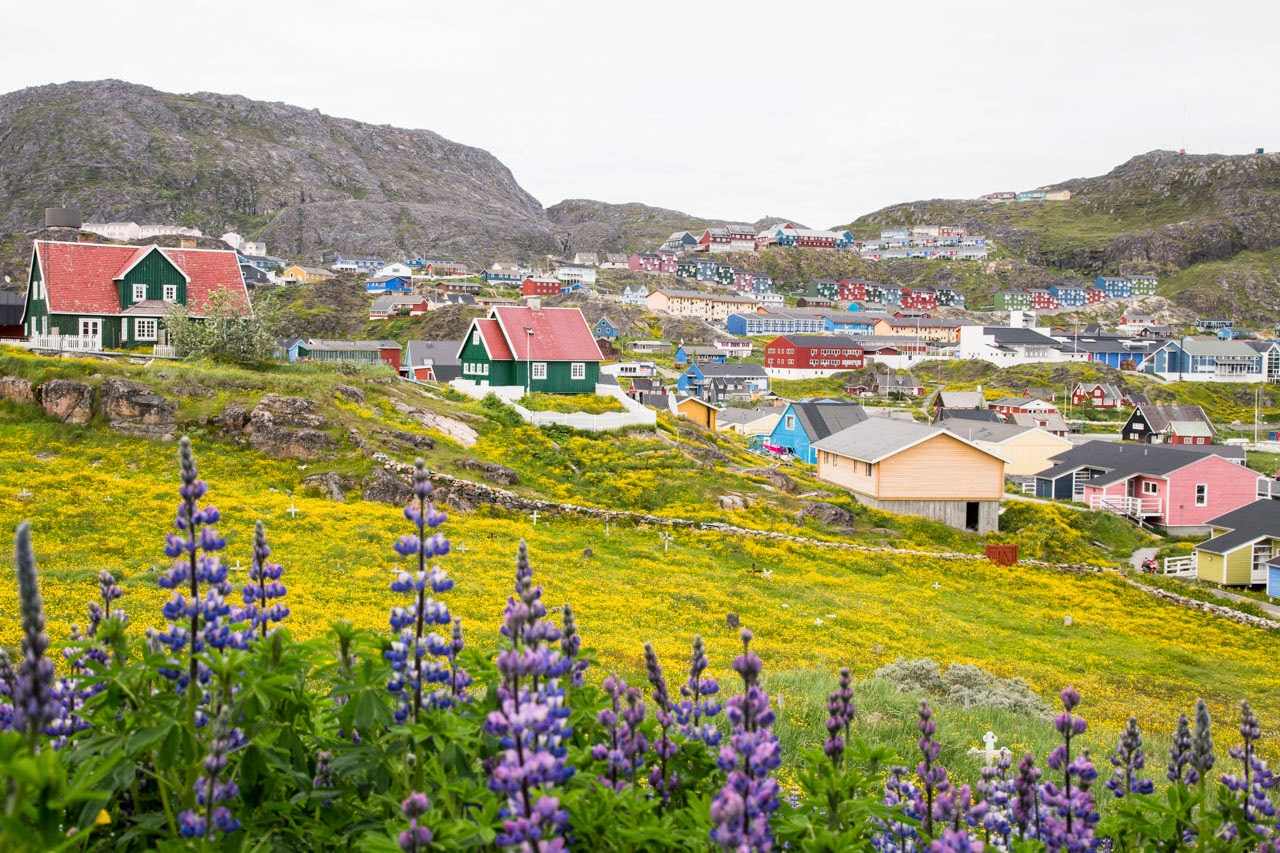 In the afternoon we entered the picturesque and colorful town of Qaqortoq, the capitol of South Greenland. 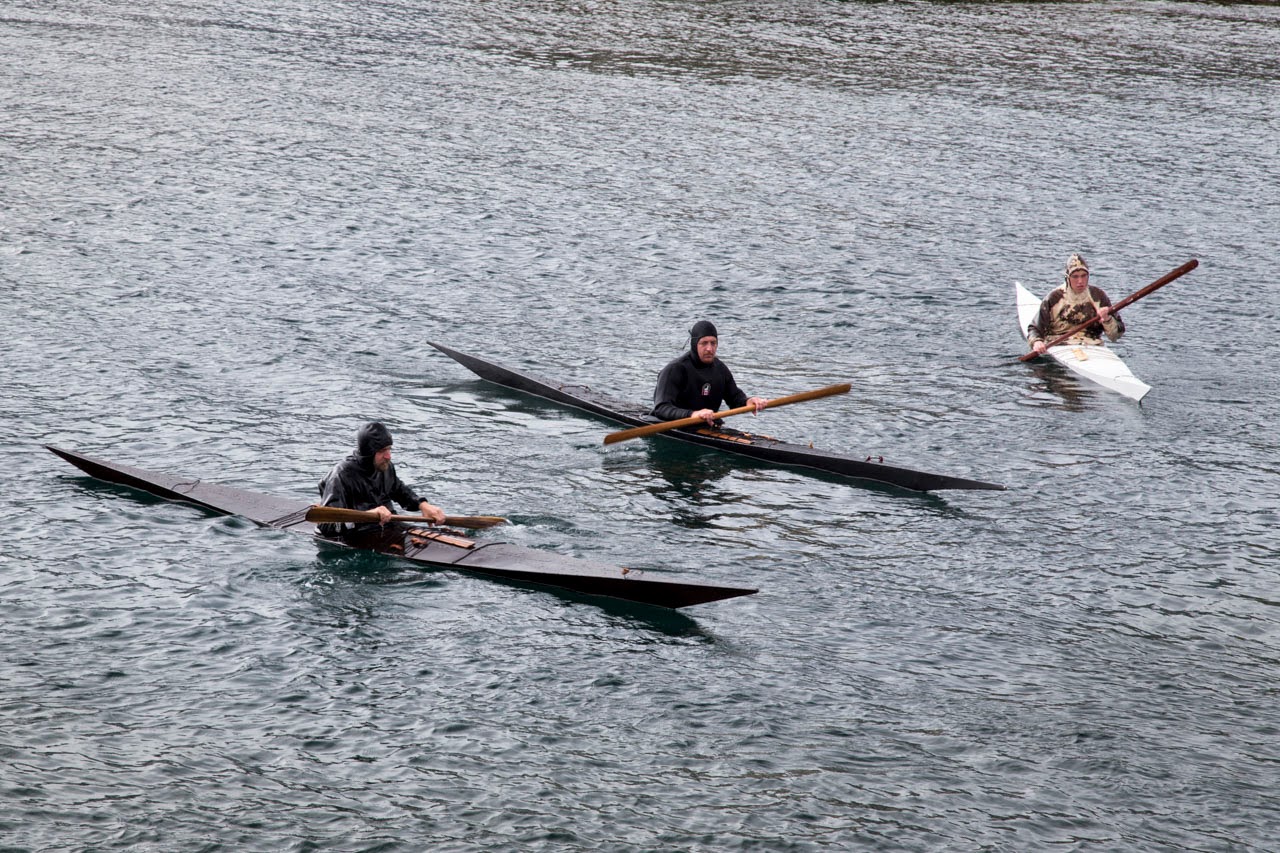 There we were so lucky that they are hosting the annual Greenlandic kayak championships. 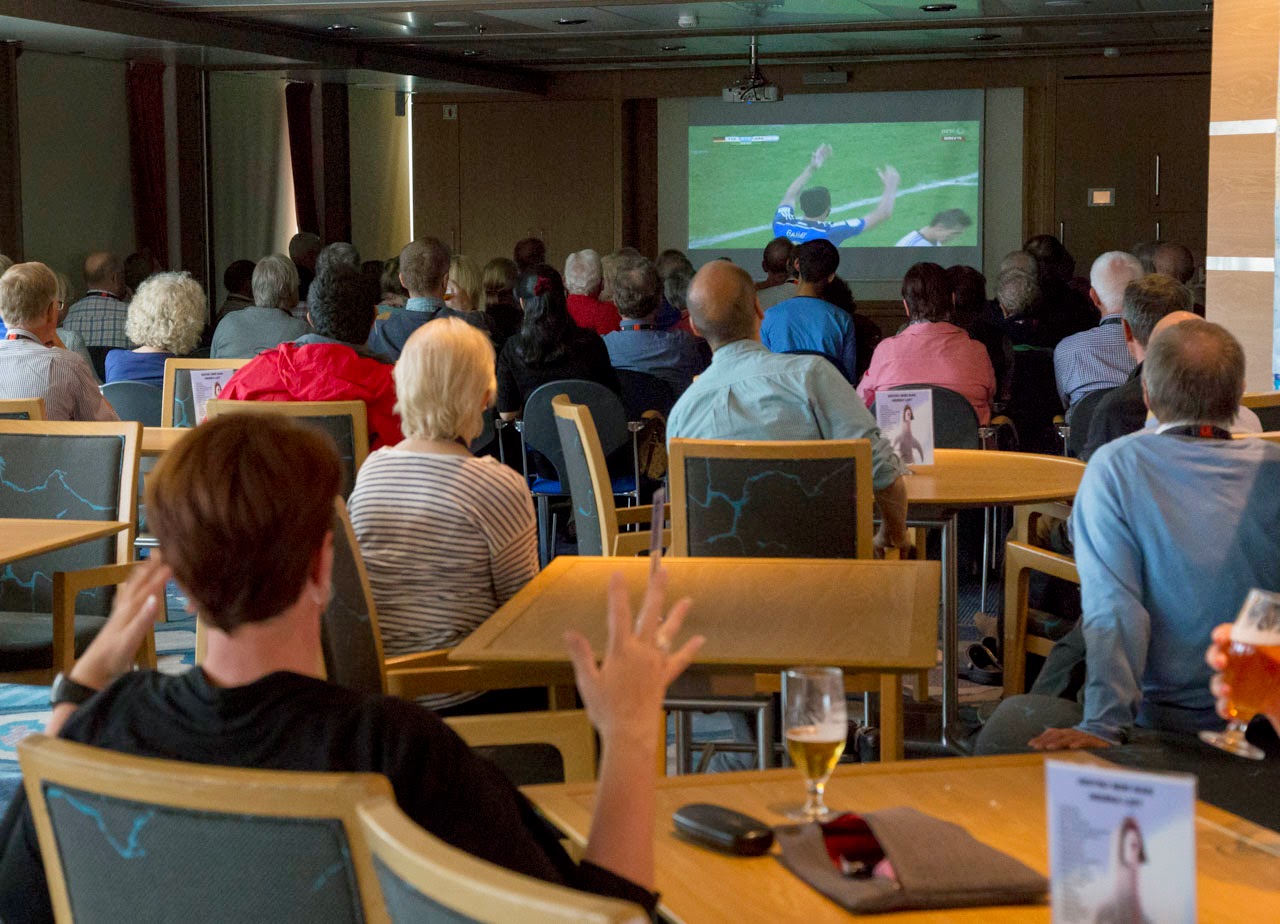 And speaking of championships our German guests had a splendid evening watching the World Cup final in the lecture hall. Congratulations Germany on the well-deserved victory! 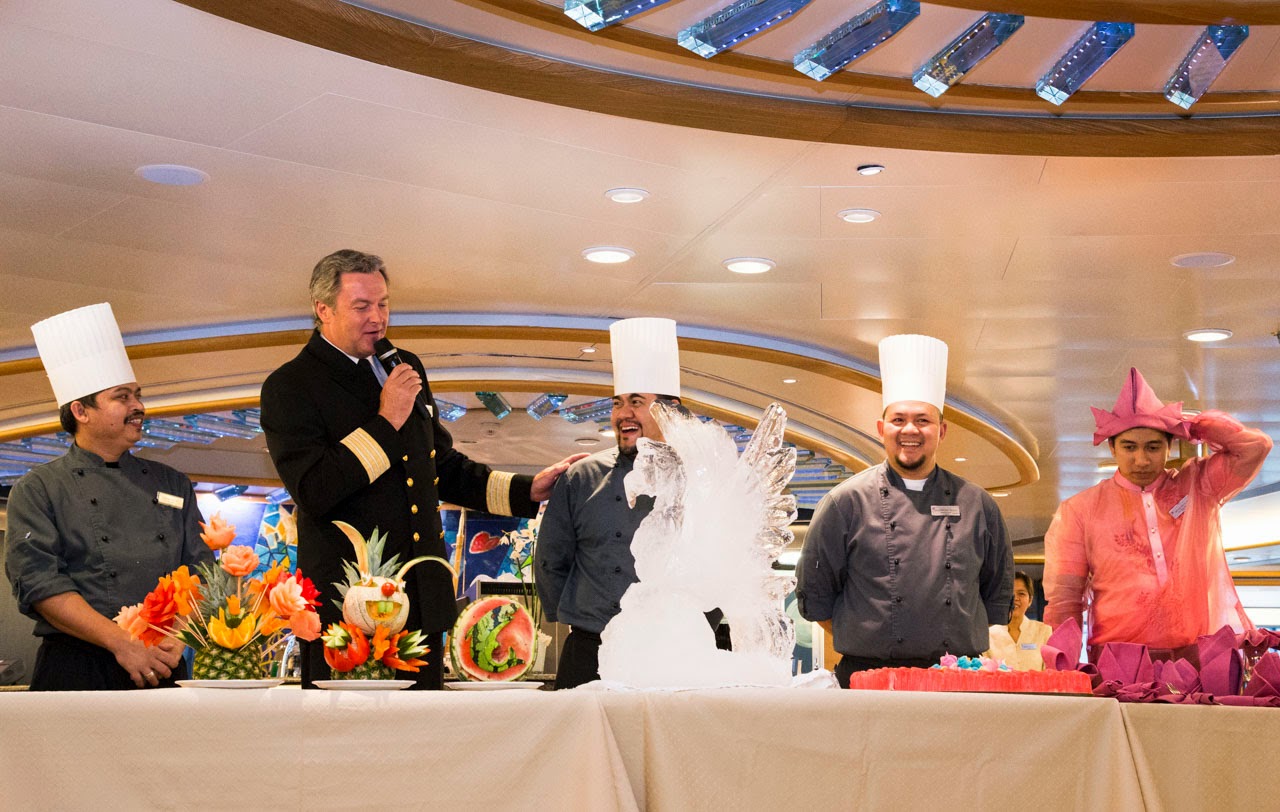 In the evening our kitchen staff showed some of their elegant craftsmanship by producing fantastic figures out of different fruits and a large piece of ice.