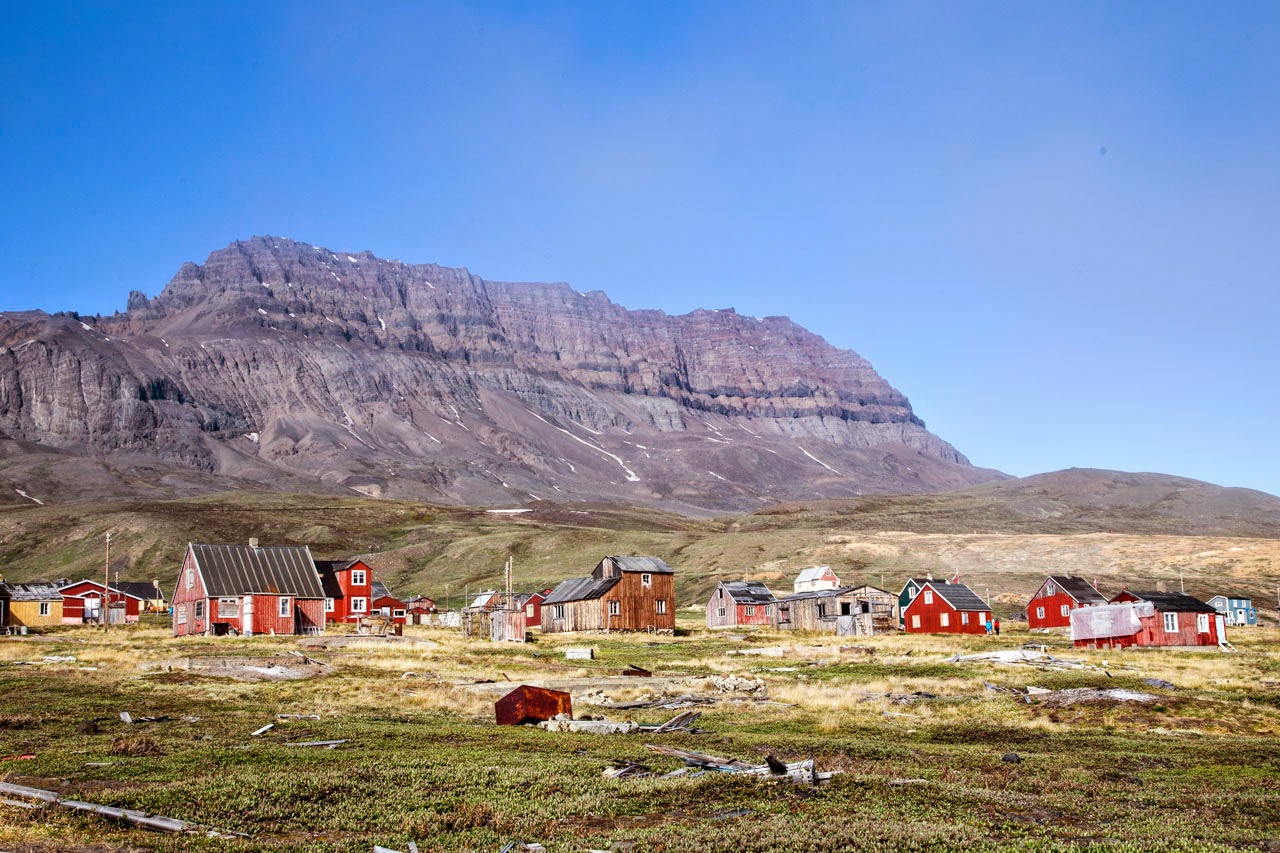 This morning FRAM reached Qullissat, a ghost town in the Vaigat Strait between Disco Island and the main land. Actually it was a coal mine which attracted people in Qulissat in 1924. In heydays there was 1200 people living here and the whole production was 570000T before the mine finally shut down in 1972. In 2000, a tsunami triggered by a landslide swept away some older houses along the shore.
Walking through town gave us a good feeling of what life could have been in those days. One could see some old furniture, stoves and pipes, even beds were left behind when people moved. A group of hikers made it to the mine entrance and we started speculating on how harsh it must have been working here.
-
Today Greenlanders come to Qulissat by boat for hunting and fishing and stay in houses they restored. Of course they have to provide everything from power, fuel to food, only fresh water can be gained from a nearby waterfall or from melting ice.


By noon we were all back on board and FRAM continued to navigate towards the Equi Sermia glacier. En route we had lectures about the history of Greenland, when we got a message through the PA system, announcing a special visitor. We all went on deck 5 and sure enough, there was Neptune, ready to baptize volunteers and others.
During the approach to Equi Sermia, FRAM sailed through some nice ice belts coming from the glacier. After the barbecue outside on deck 7, we started our landing and hiked the mountain to enjoy the great view of the glacier Equi.