It’s not so easy to cross the line!

After we left these very special St. Peter and St. Paul Rocks, in the middle of nowhere, but where the earth gave us this unique view on rocks made out of mantle materiel, the captain wanted to cross the Equator around 21:30h. That was his plan, but he needed the permission to do so, not from HURTIGRUTEN, he needed the permission directly from his ROYAL HIGHNESS NEPTUNE. It’s not difficult to ask for permission, but you can never be sure to get permission from a King, but we tried. The Captain asked everybody to come on the open deck for a special ceremony. After a short speech he sent a bottle with a list of all passengers and crew to King Neptune personal. Of course he did not use any bottle for this special post; he used one of our very famous FRAM Whisky bottles, so that the sender was quite clear for His Majesty Neptune. 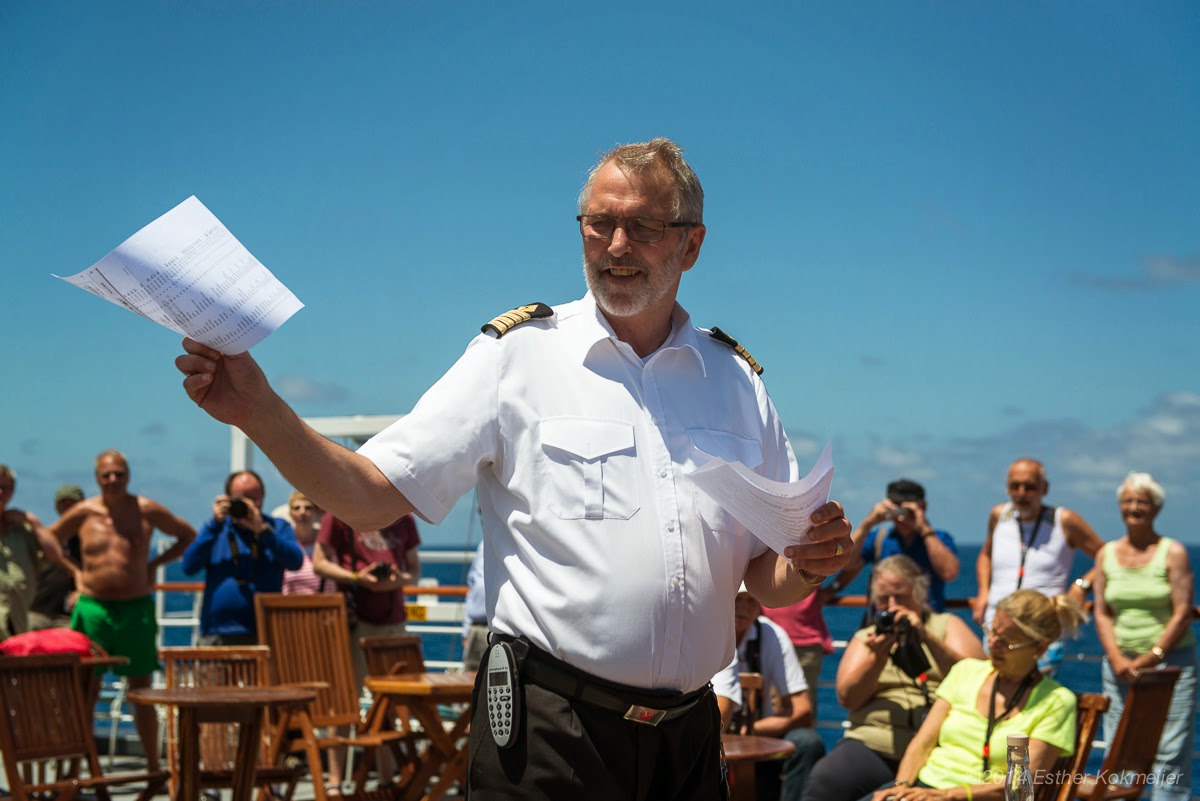 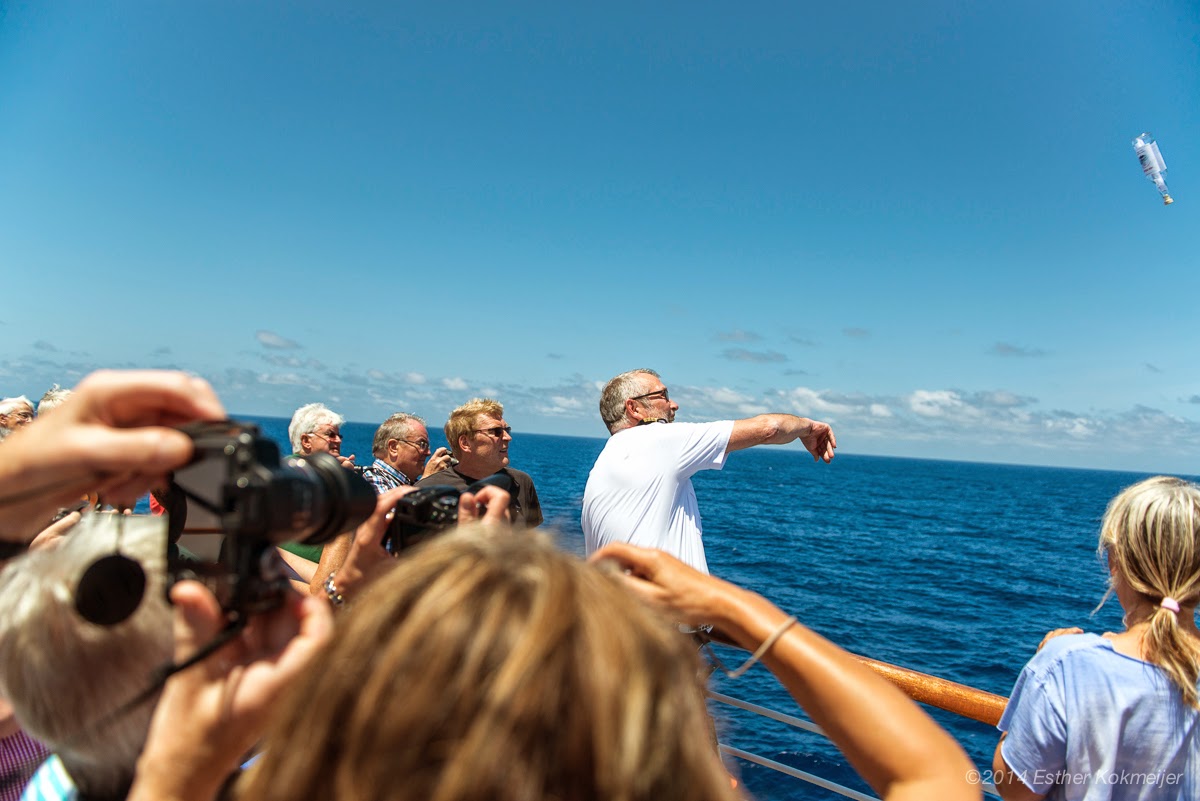 God thanks, we got the permission very fast, but there was a “but”, like there is so often a “but” in our life: the permission came in compliance with a condition of a baptism of all those passengers and crew, they have not been baptized before.

So, look at the pictures again and you, wherever you are on this wonderful planet, you can see that our Captain’s plan came true; we crossed the Equator at 21:32h and baptized all passengers and crew that did not belong to Neptune’s kingdom at that time next morning. 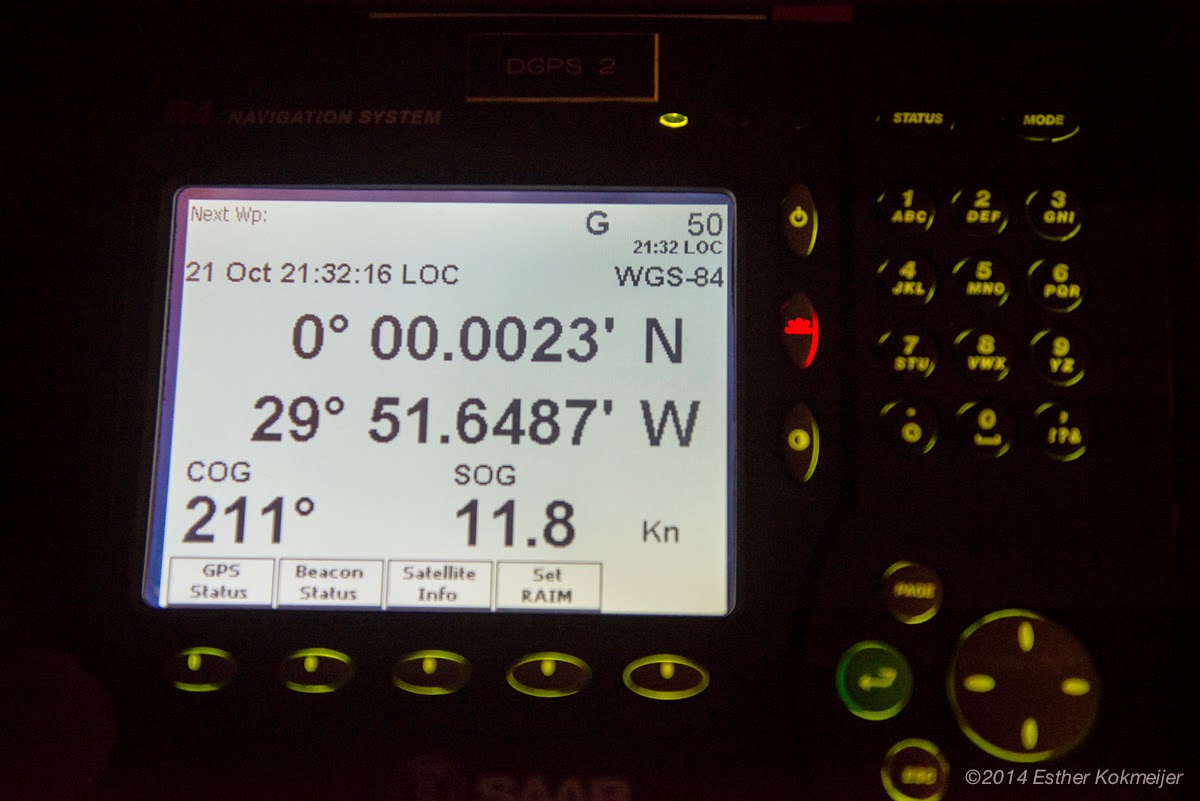 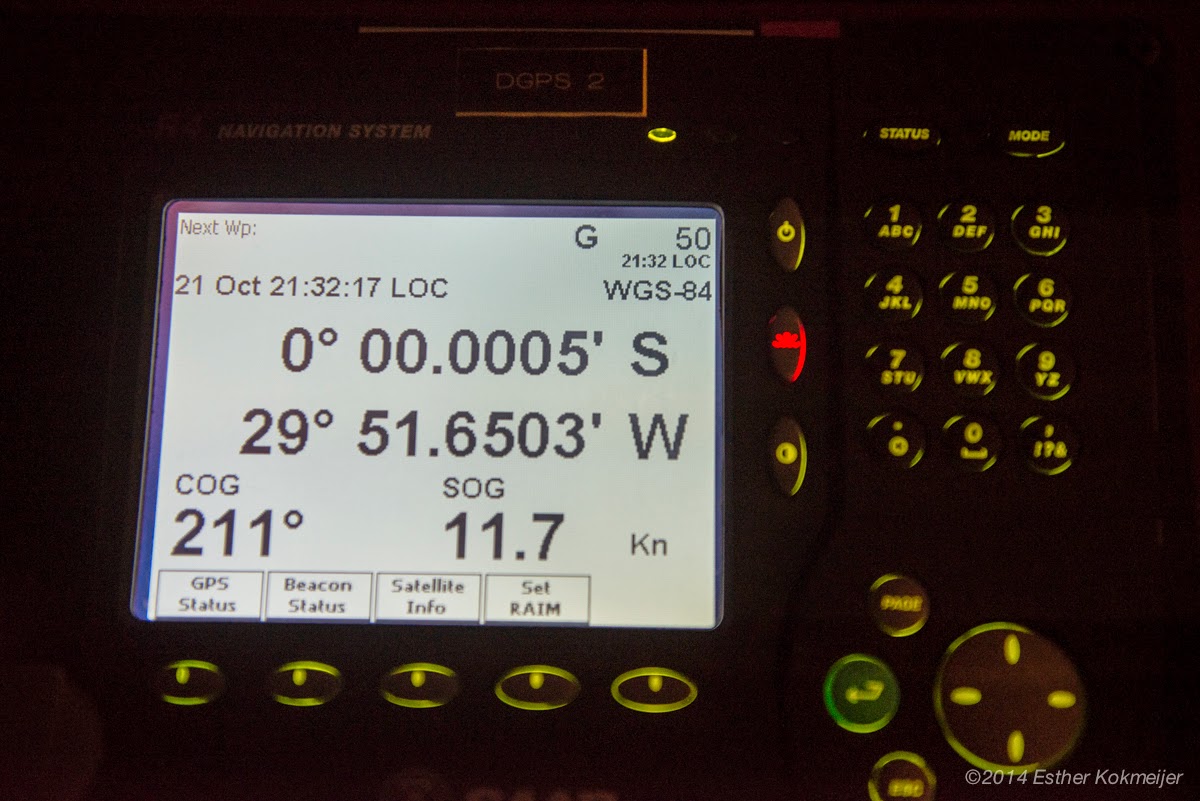 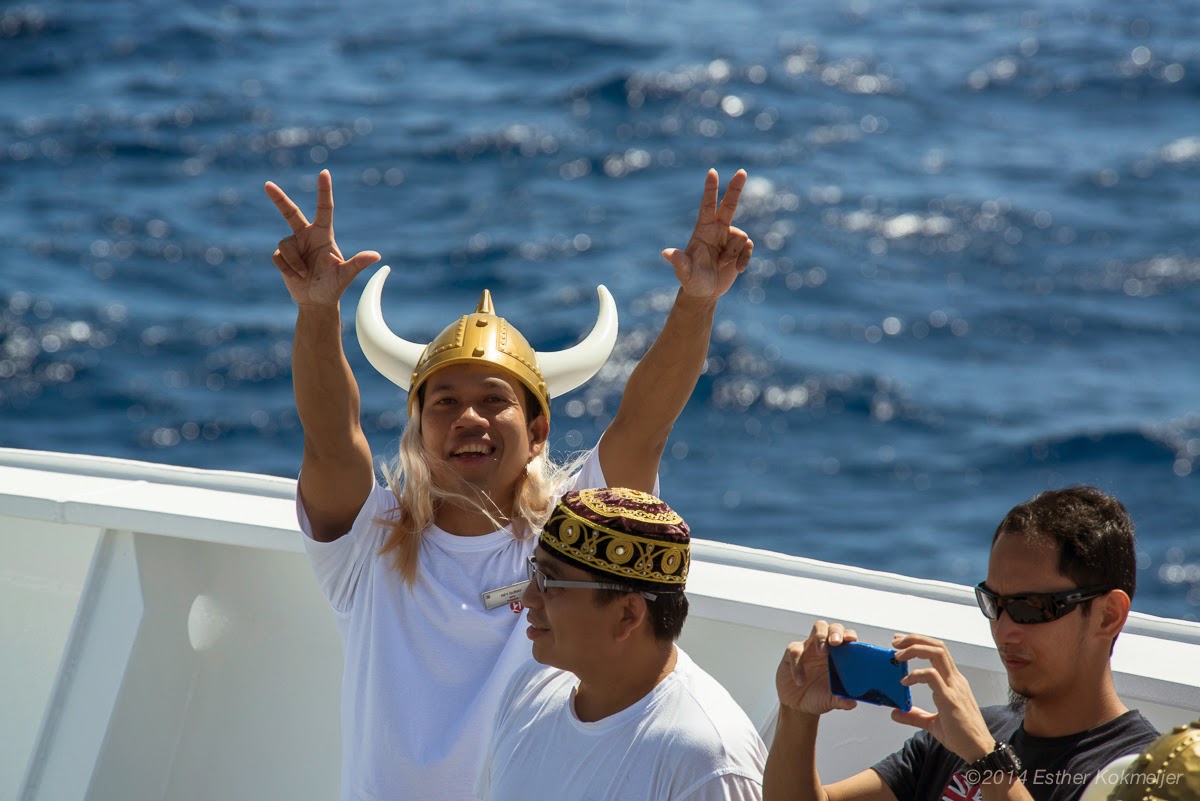 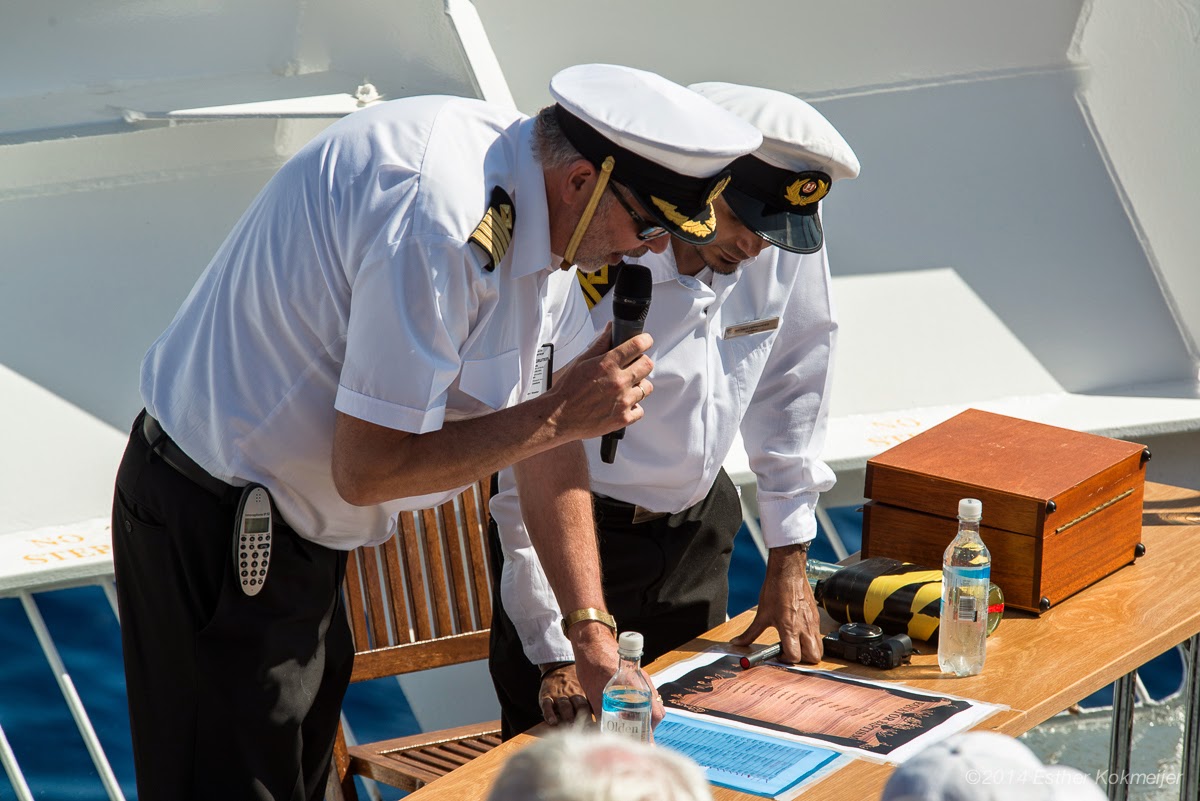 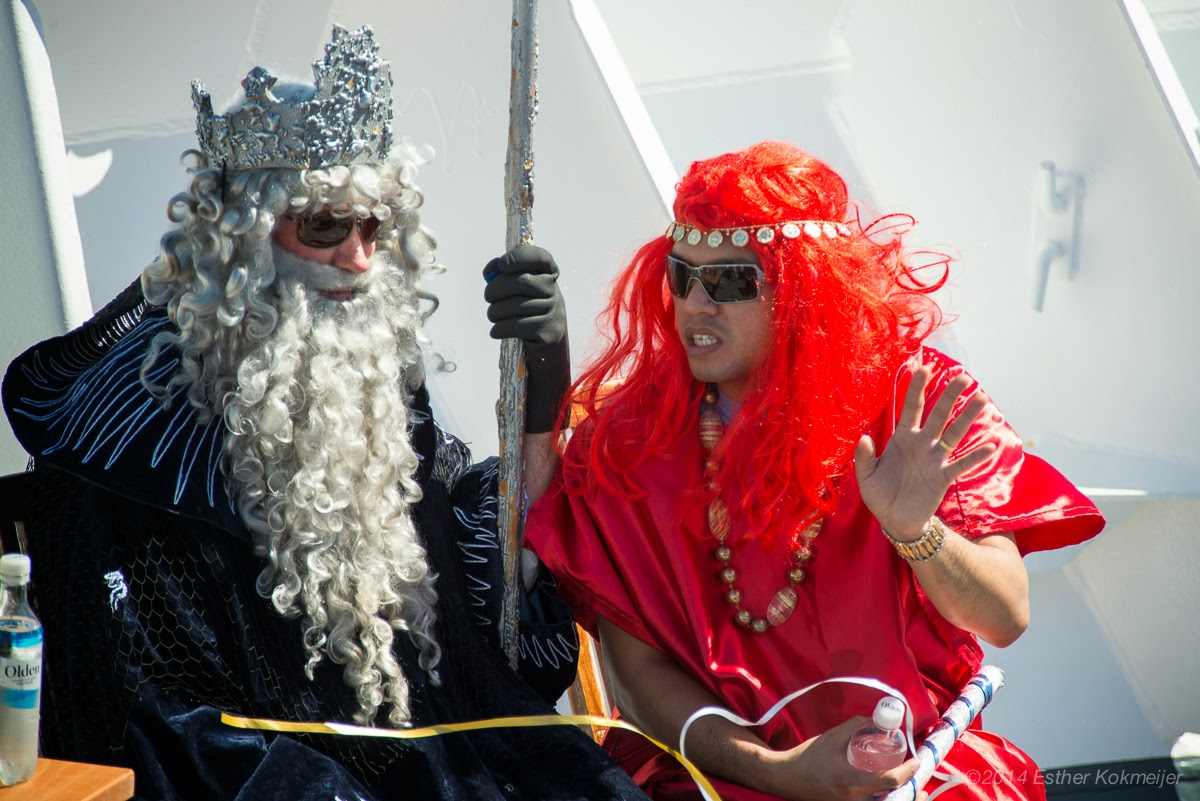 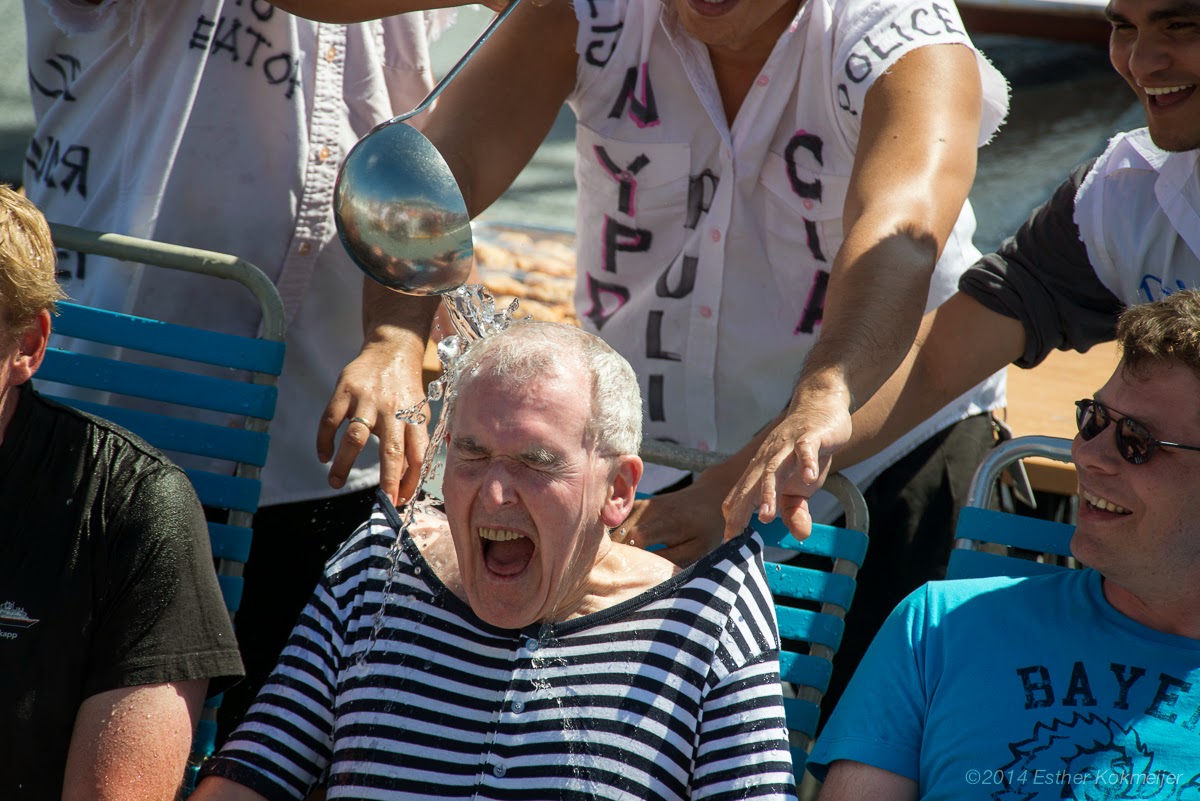 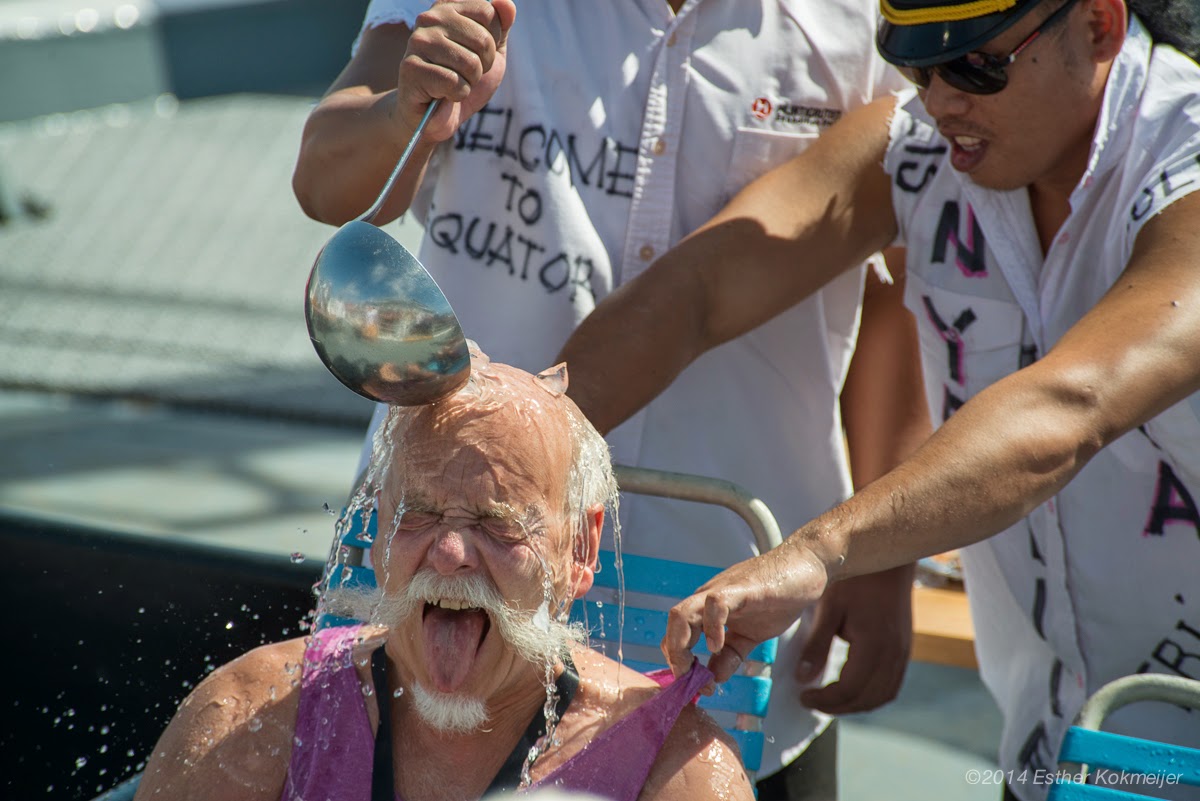 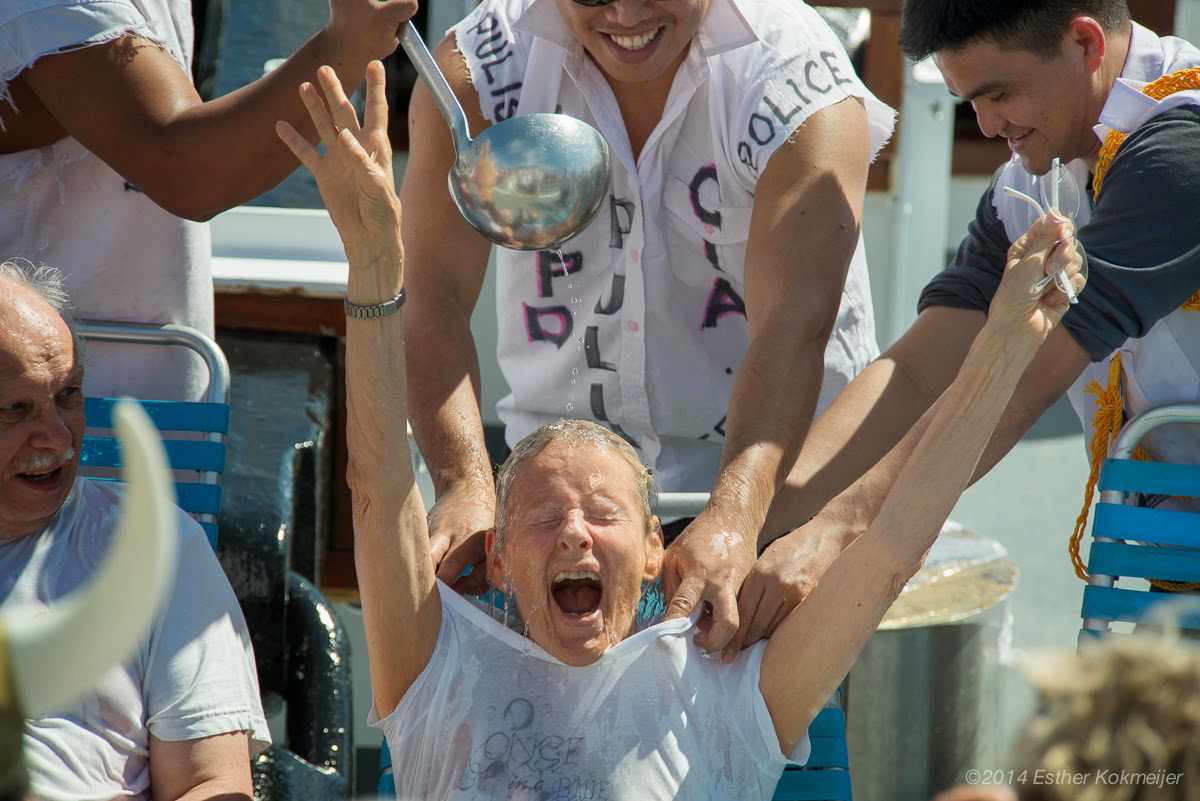 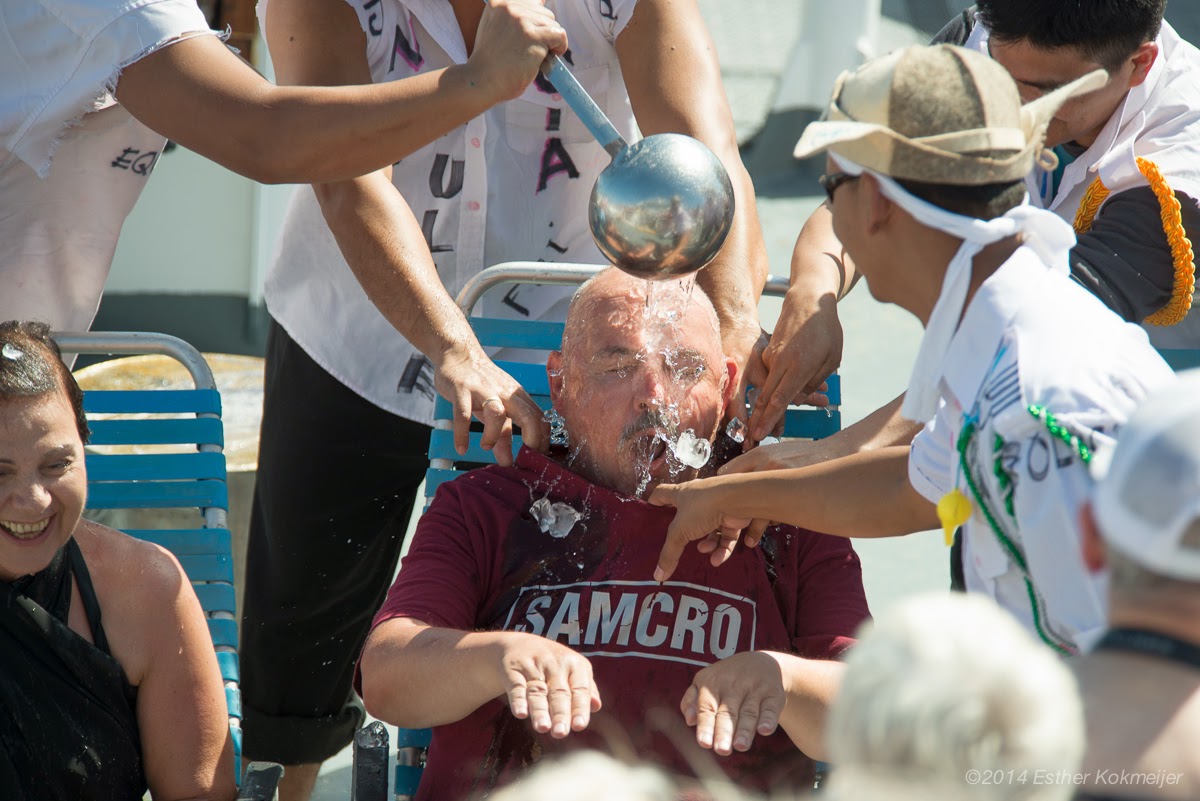 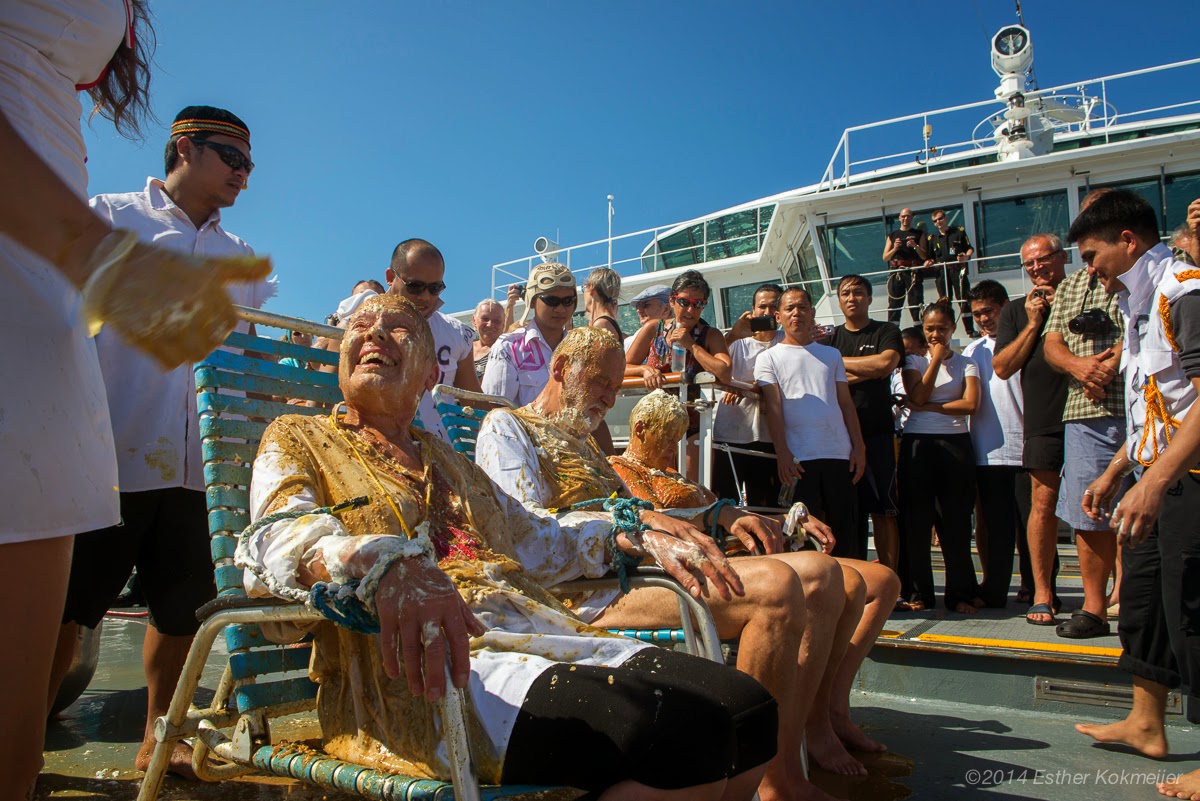 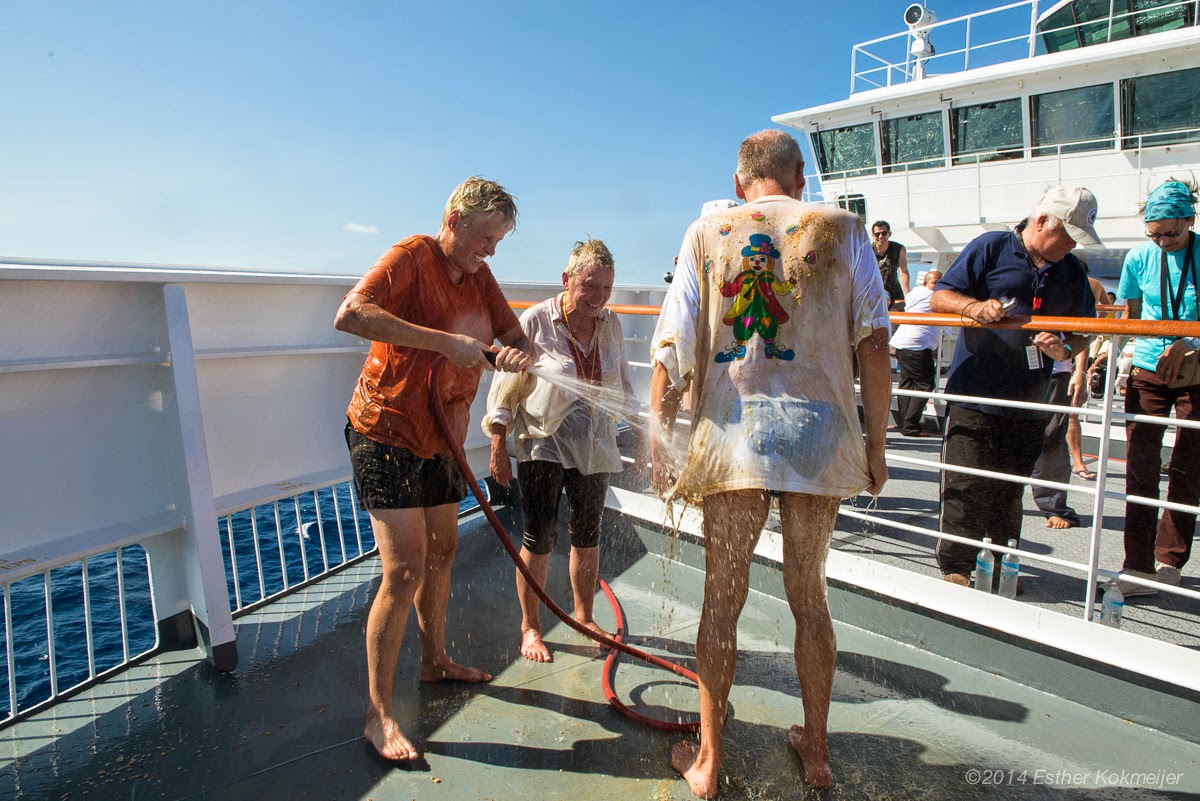 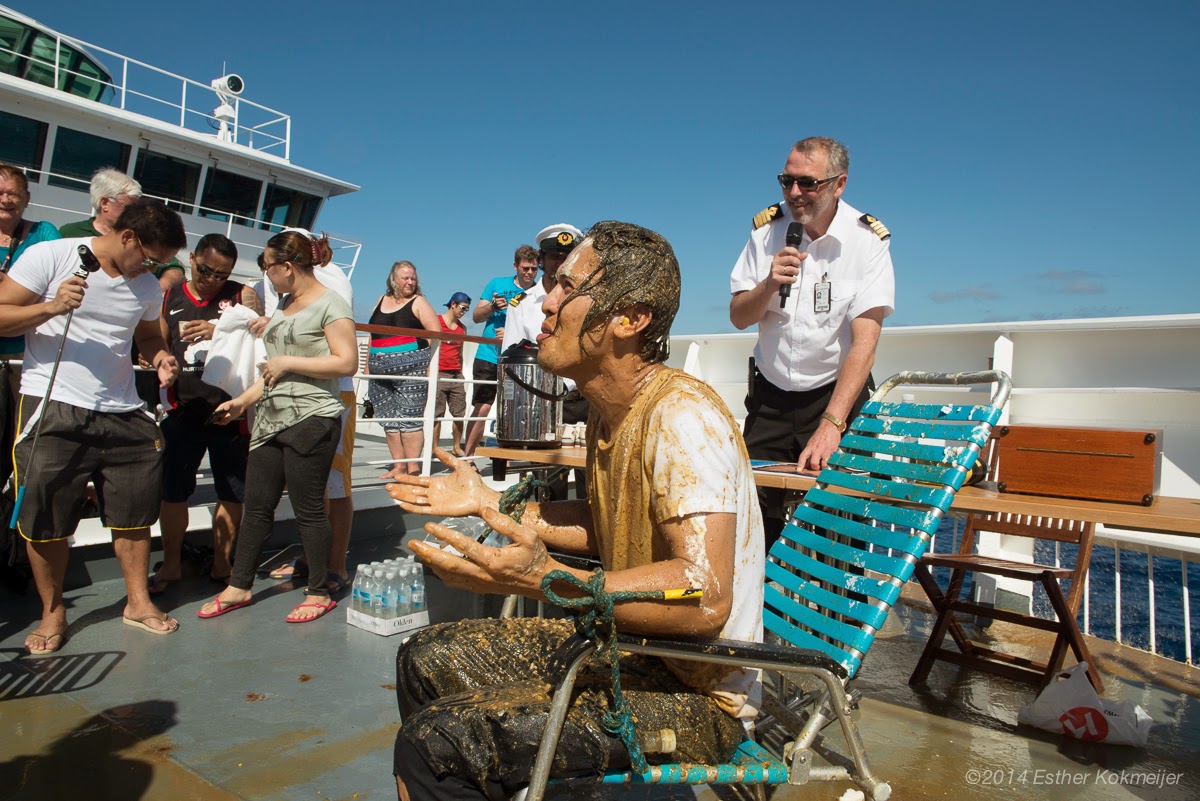 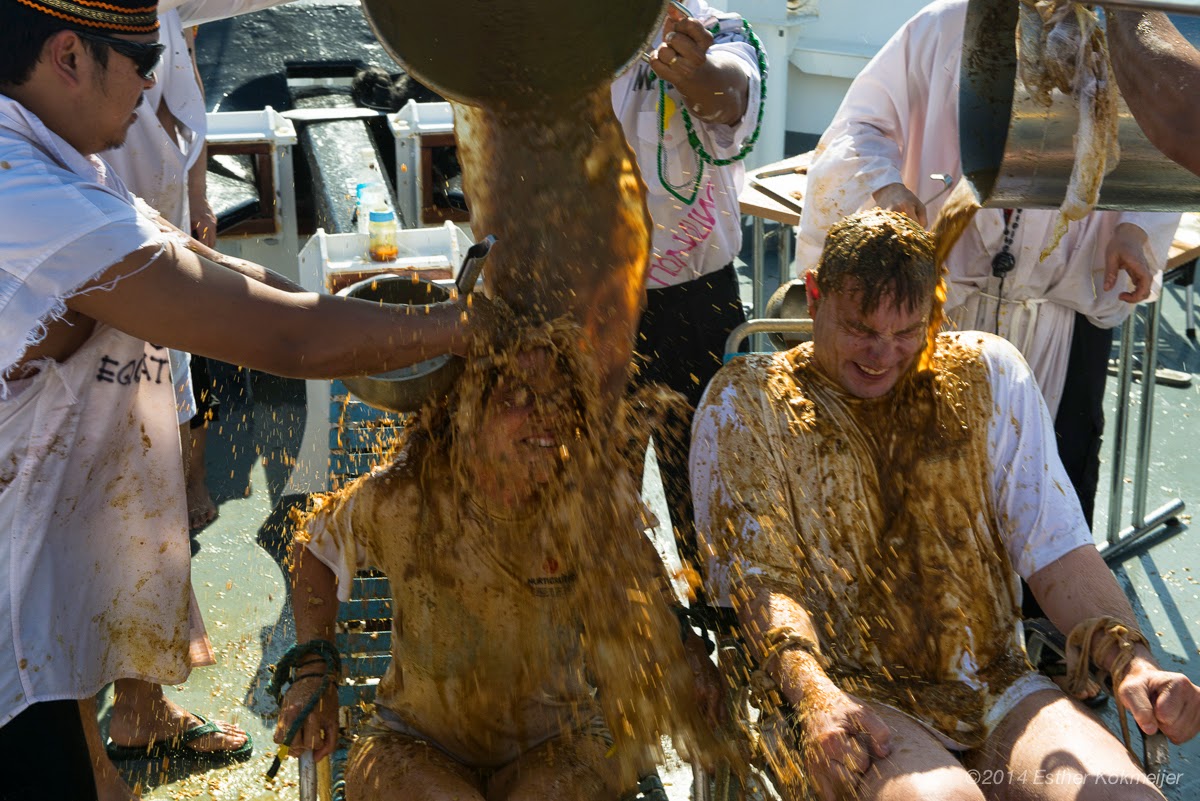