The North Sea and whisky!

This is the big day for our short Fram Whisky Tour as we will have the opportunity  to taste both the 21 and 25 year old Fram Expedition whiskies and make a purchase of either…… or both! And as if to foretell of what was to come, the sun put on a wonderful display as it rose in the morning of this fine day! 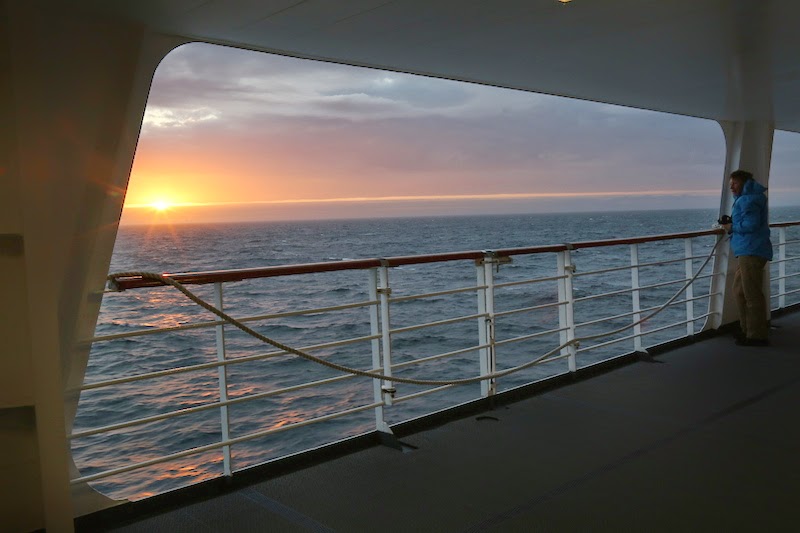 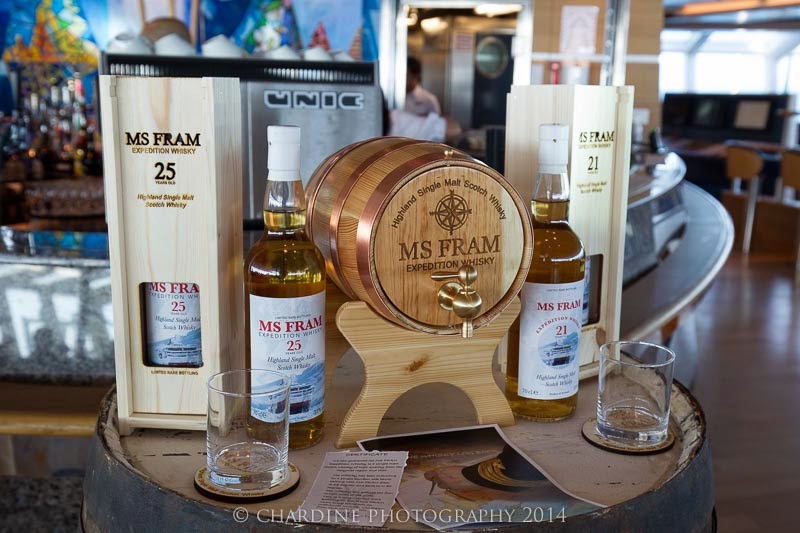 Through the day we sailed on a pretty flat North Sea. Those of us who know what the North Sea can be like were very grateful. We saw a few seabirds long the way, mainly gannets. 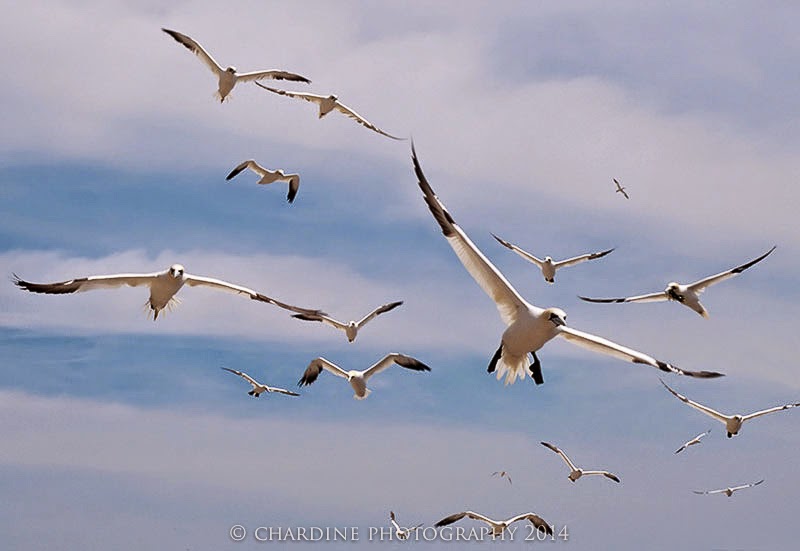 The afternoon was the time for the tasting. We started with some tunes by our pianist Bjørn and also from Beastie McGee (Bernie’s wife).  Then a surprise- the whisky barrel entered the room and told us about his adventures with his brother on board the Fram. He looked older than his 25 years, maybe because he has aged so much during the voyage. His contents certainly had. Being sloshed around a barrel rather than sitting quietly in a stone cellar, makes for an optimal extraction of all the magical contents of the toasted wood barrel, that, by the way, would have originally contained American bourbon. 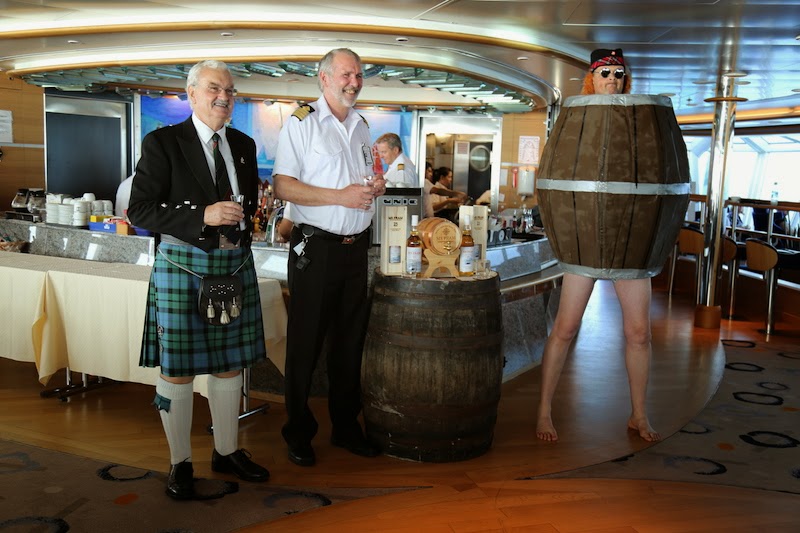 Then the tasting began. With great anticipation, drams of the straw-coloured 21 year old Fram Expedition Single Malt were served to all our passengers (it seemed like the whole ship was up in our Panorama Lounge for this once in a lifetime experience). Our Captain looked on like a father waiting for his wife to give birth! He has had a lot to do with this unique event. We carefully followed Bernie as he looked at the colour of the ambrosia in the small glass, smelled it, and spoke to it- “Hello, how are you?”.  Then the reward for all this effort- the taste itself.  The malt is smoother than it should be for an “overproof” whisky at 51% alcohol- cask strength as it is called. This is undoubtedly due to the extra aging provided by its long voyage on Fram. The whisky is very complex as well, and of course will continue to age in the bottle. 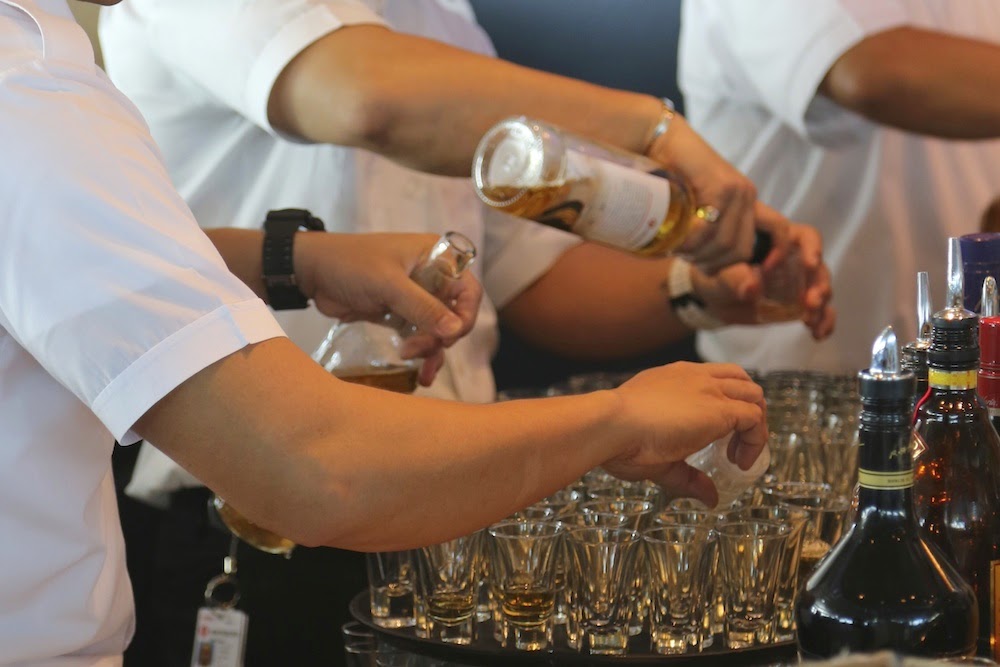 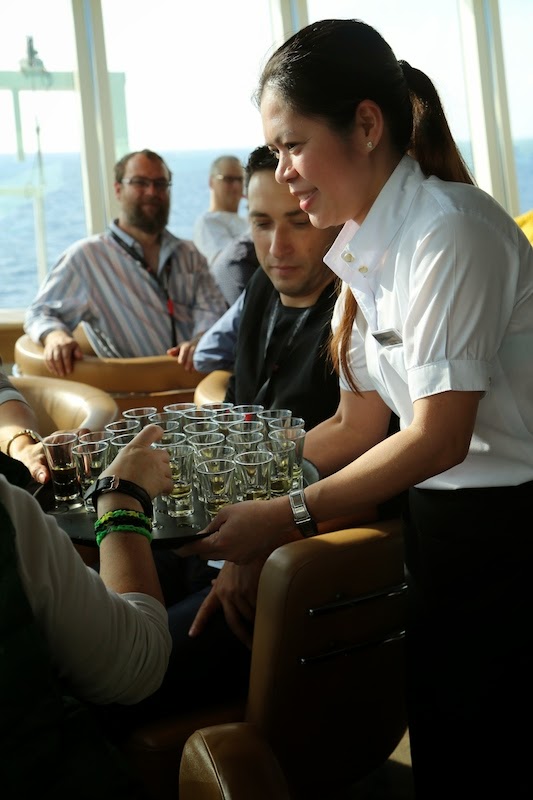 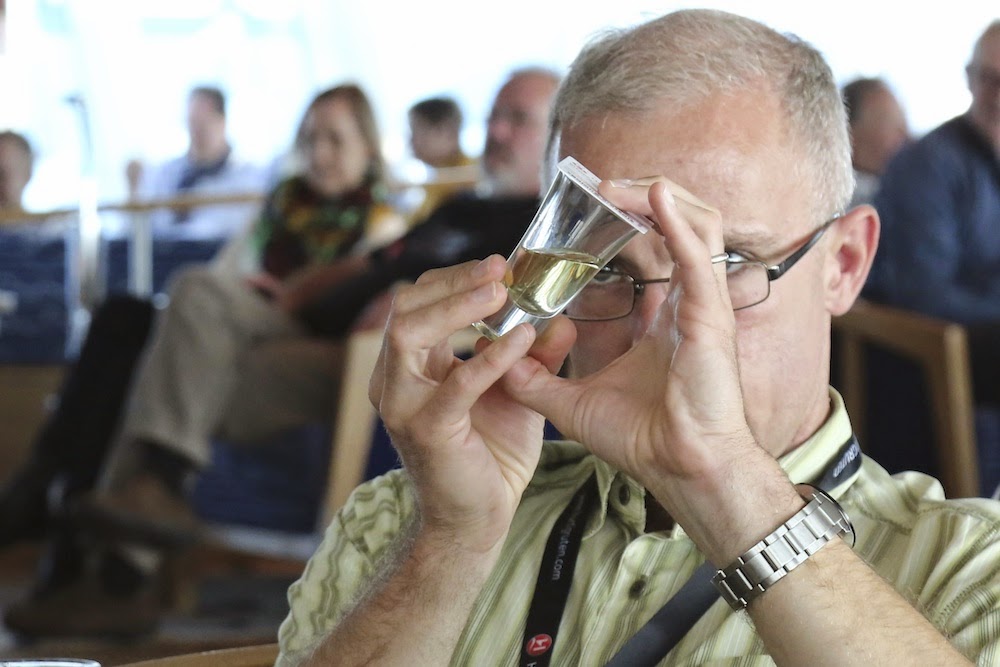 After, many took the opportunity to purchase a bottle, but there are still many to go yet (about 190 bottles of each were produced and individually numbered). This is the first time a scotch whisky has ever been taken on a voyage to mature and no doubt there will be high demand for this precious malt.