After five amazing days of sun and no wind, I guess we deserved a more "Antarctic" day. And we got it at Damoy! The wind howled and the snow fell sideways but all this did not deter us! We landed in a blizzard! 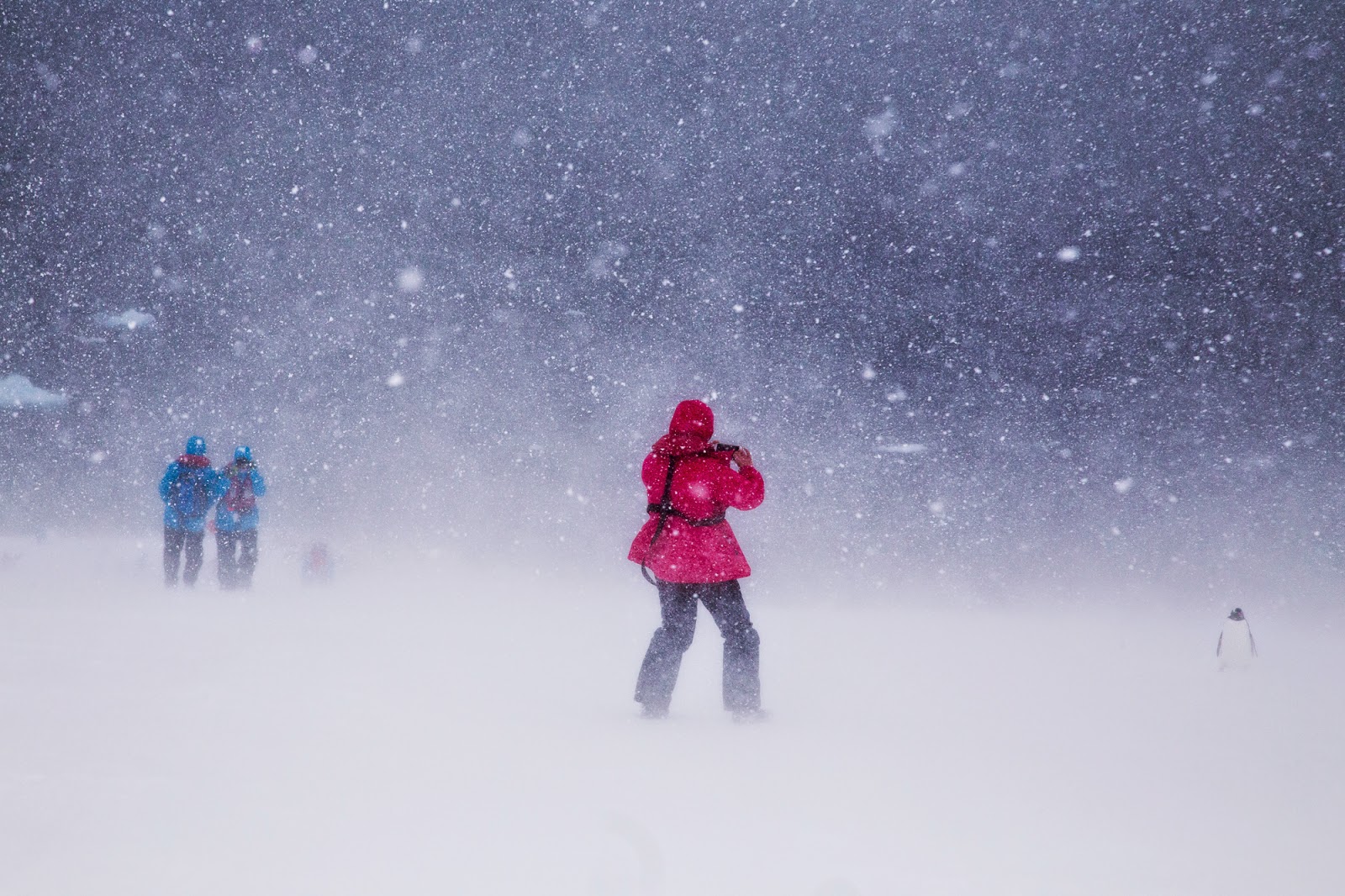 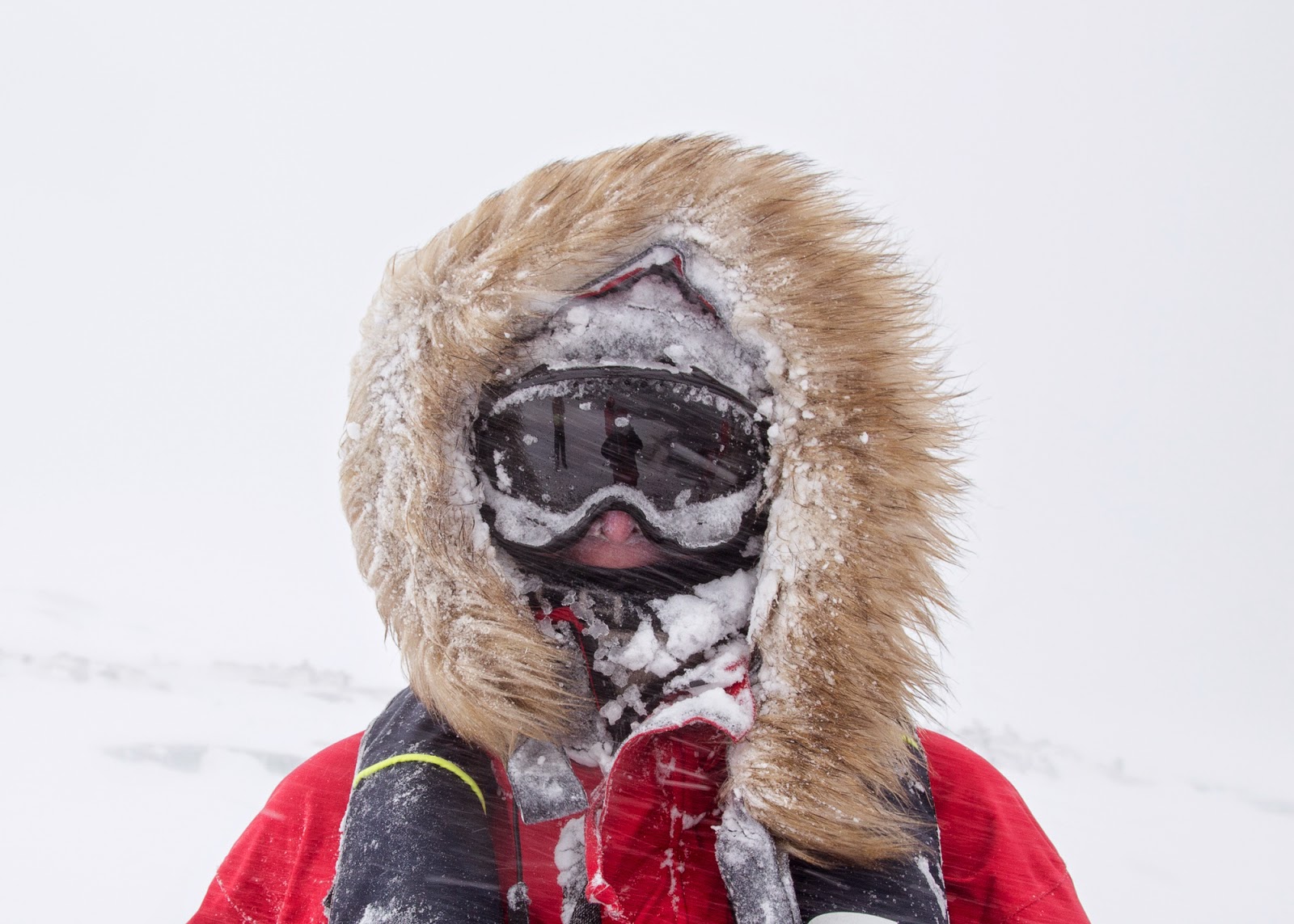 Damoy Point is on Wienke Island and is just around the corner from the familiar, let's say downright famous, Port Lockroy. At Damoy the British established a landing strip for Twin Otter aircraft on skis. The purpose was to ship people and goods by aircraft to British stations farther south when ice prevented ships from going farther than the Lemaire Channel.

A hut was built to accommodate staff who ran the skiway and for personnel waiting for weather to fly south. The idea was a good one on paper but the weather with at Damoy or at the southern stations was so "iffy" that often personnel were stuck at Damoy for weeks. Thanks to the UK Antarctic Heritage Trust, the hut has been refurbished and is maintained as an historic site. With the foul weather we had outside, the hut was a very welcome respite. 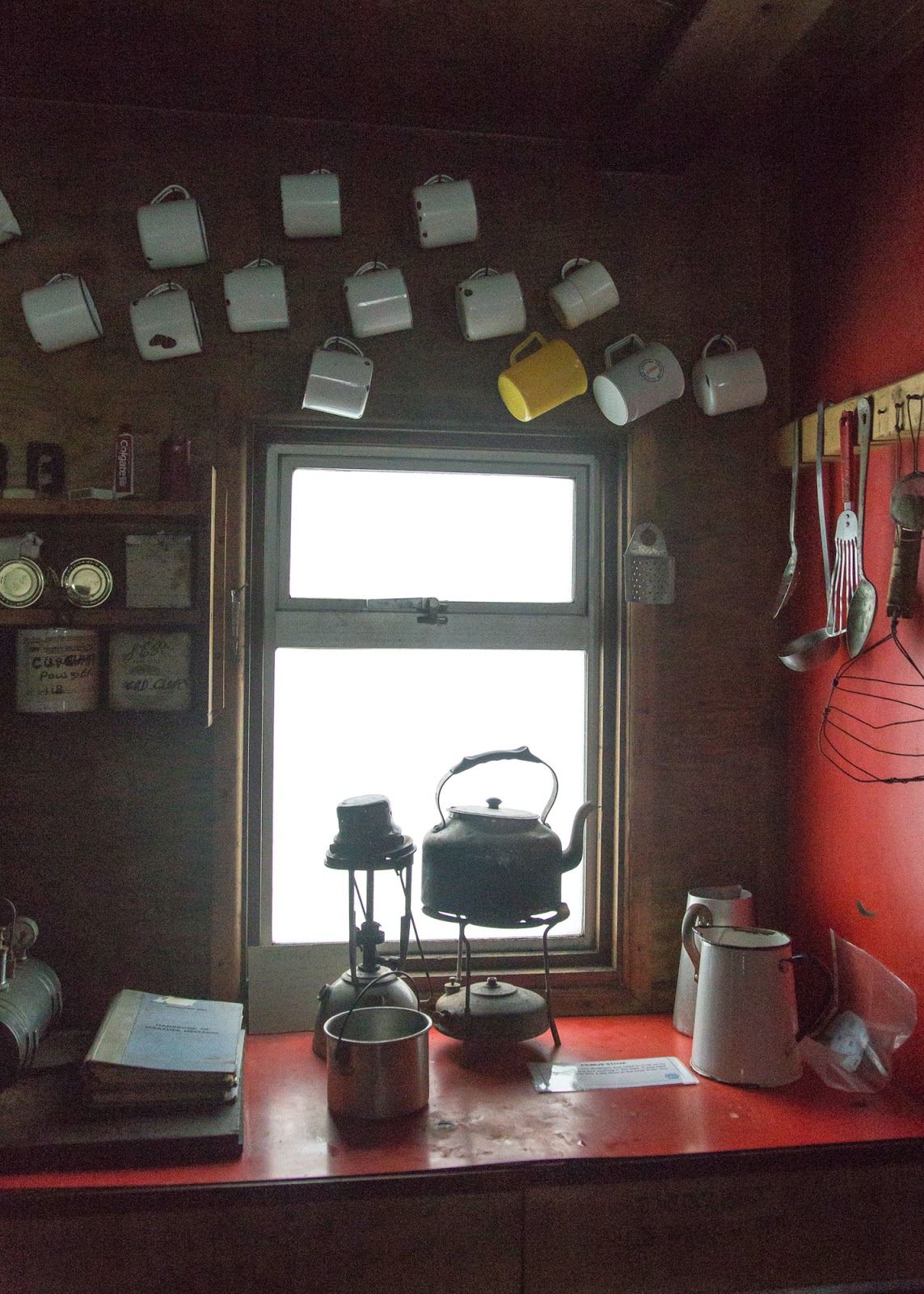 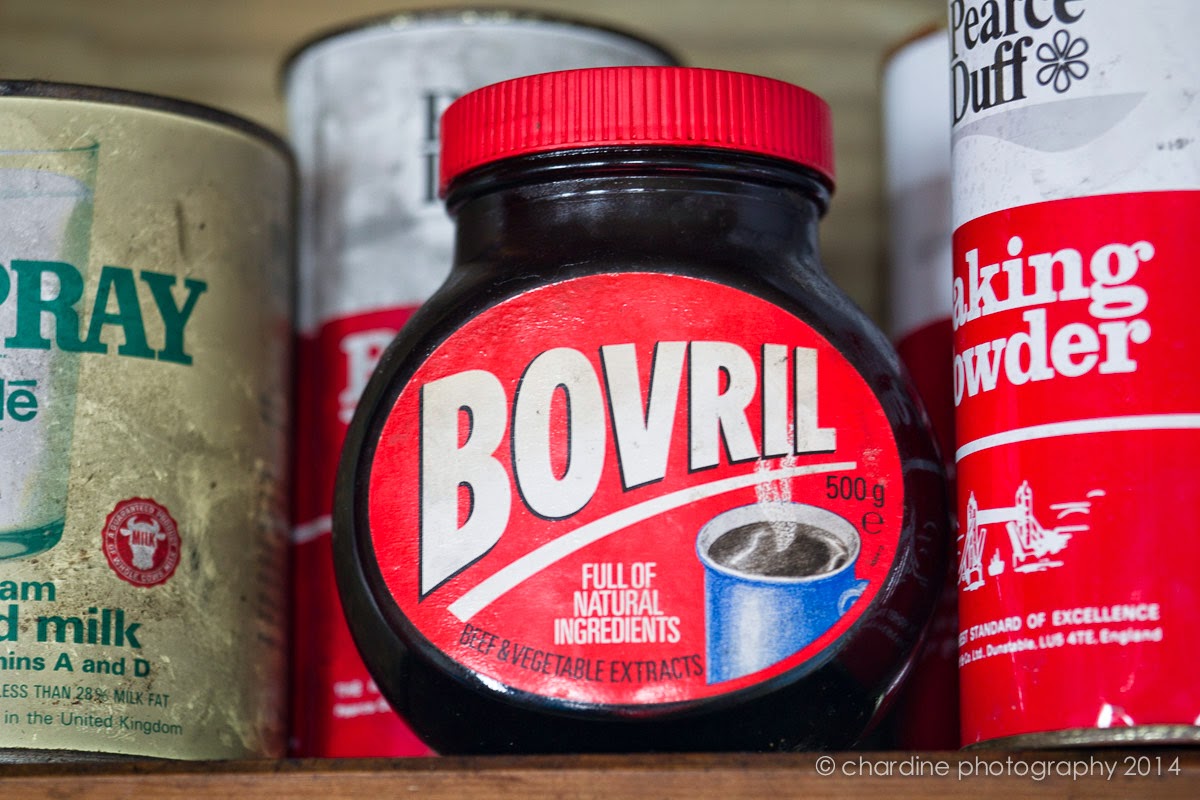 The nearby breeding Gentoo Penguins were hunkered down during the blizzard and seemed to be taking the storm in stride. 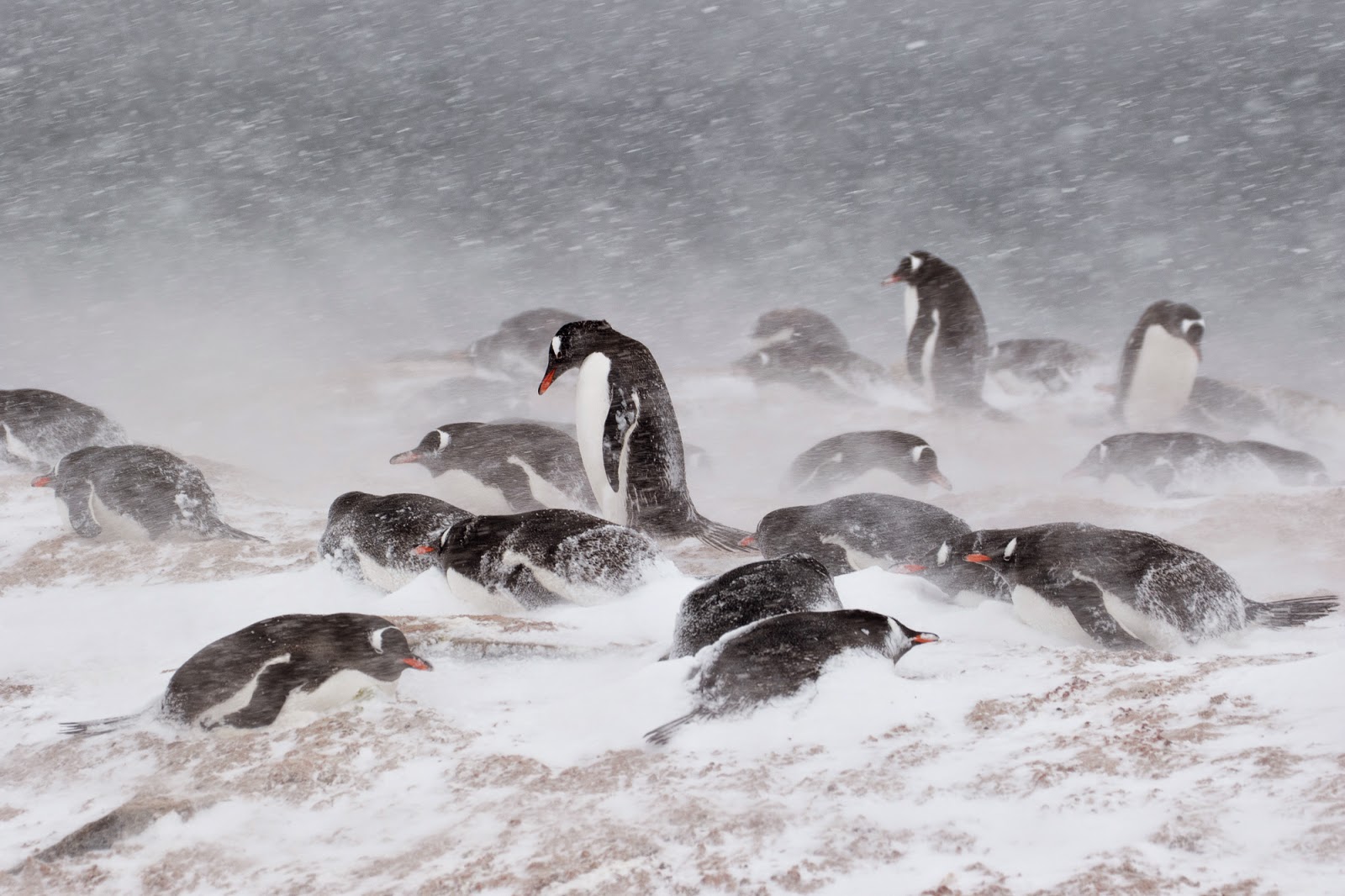 For us the wind and snow really completed our Antarctic experience and your faithfull Expedition Team kept everyone safe and sound. 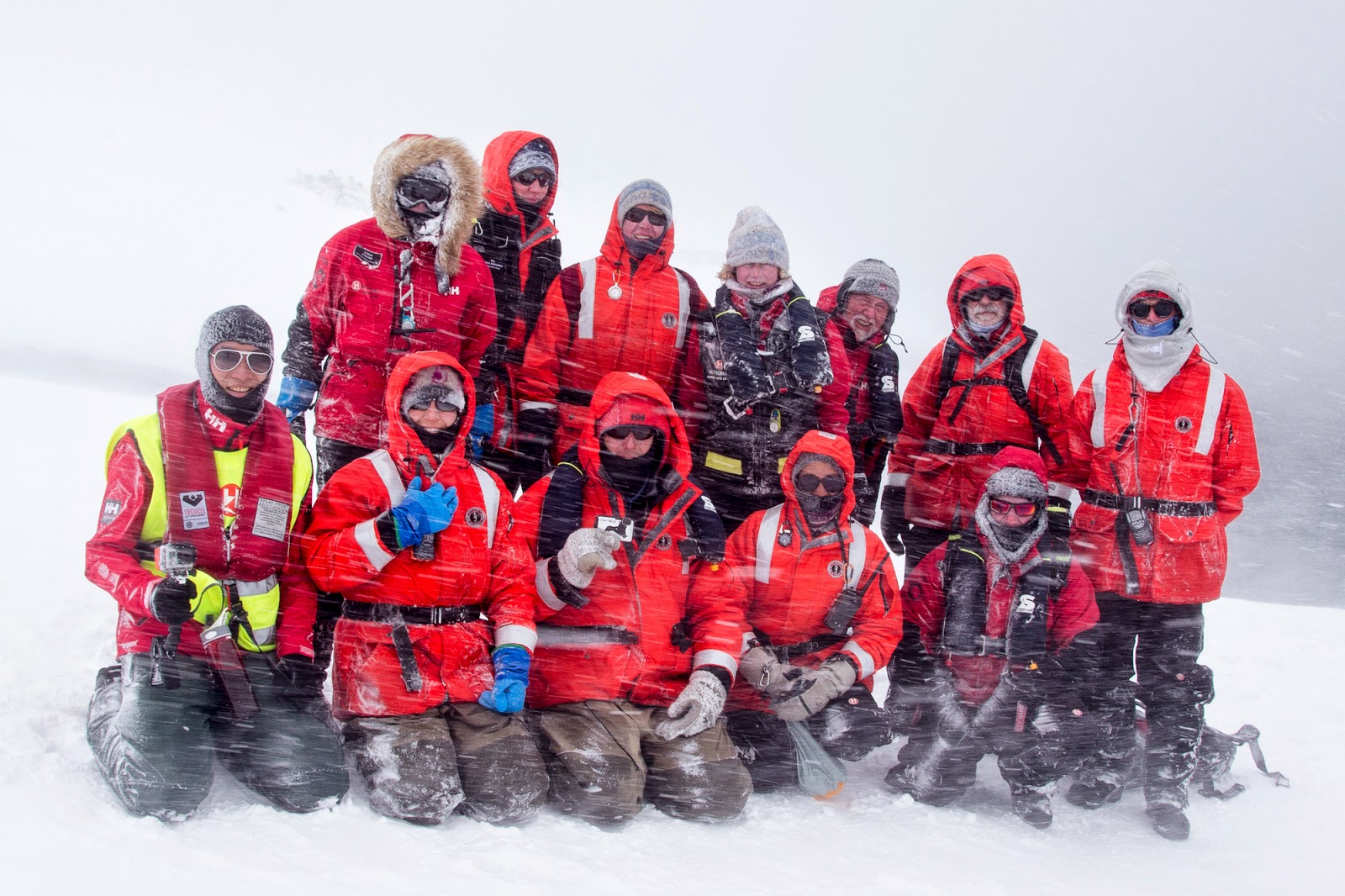