Home away from home

The most popular landing in Antarctica, if you consider shear number of ships and visitors is the British Base in Port Lockroy. And it's no wonder why this is so. Built on the minuscule Goudier Island in Port Lockroy, the landing offers amazing scenery, wildlife, and an old British base. Base "A" as it is called, was brought back to life by the UK Antarctic Heritage Trust in 1996, after being abandoned sometime before. 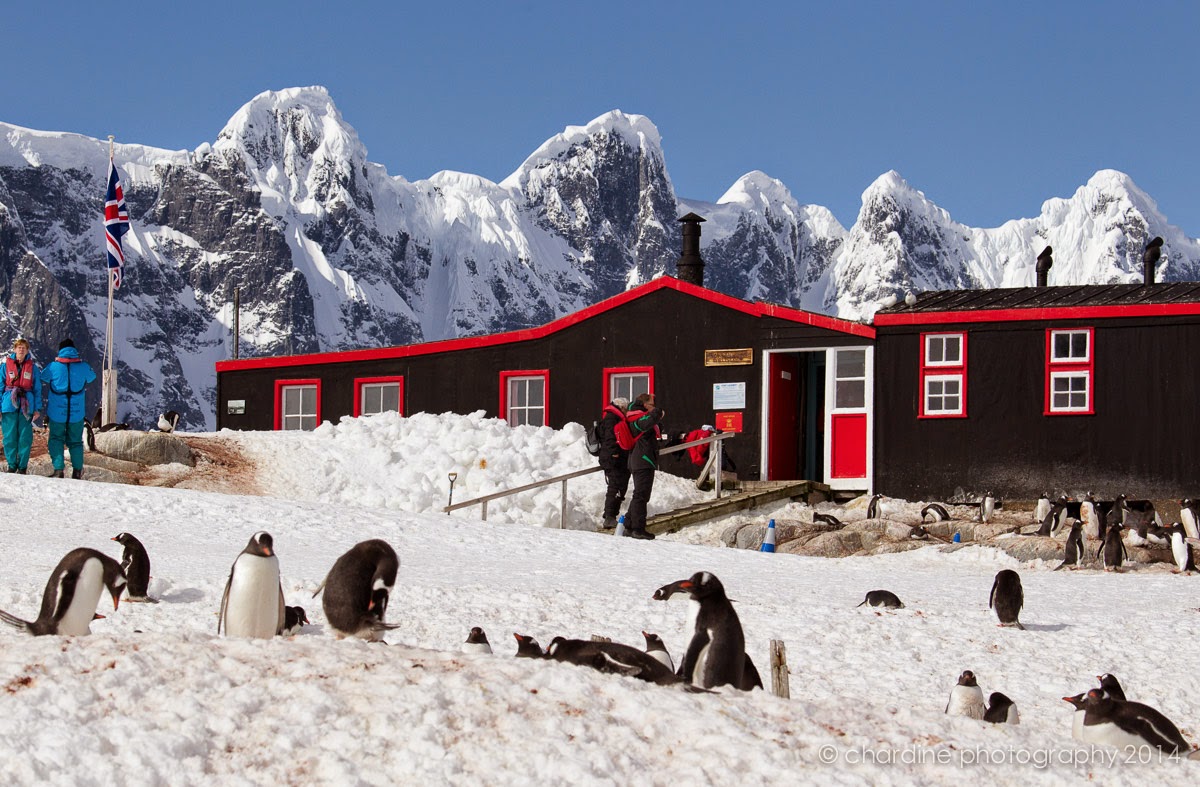 In the base building can be found a museum detailing the work that went on at the base, a well stocked shop, and what must be the most remote, official British Post Office! A delightful team of UKAHT staff live in a newly constructed Nissan hut, which they obviously consider their home away from home, as they will spend the entire 5 month summer on the island. Those who occupied the base and lived in what is now the museum section of the main building must have thought the same way.

Your faithful blogger sat quietly in the lounge for a while and contemplated what it would have been like to sit by there coal stove, drinking a nice dram of whisky, gramophone playing some 1940s or 50s hit in the background, your friends slapping cards down on the nearby table in a competitive game of cribbage, and the smell of pipe tobacco smoke wafting in the air. Those were the days! And it was not hard to conjure up these thoughts because the museum is so well presented for us today. 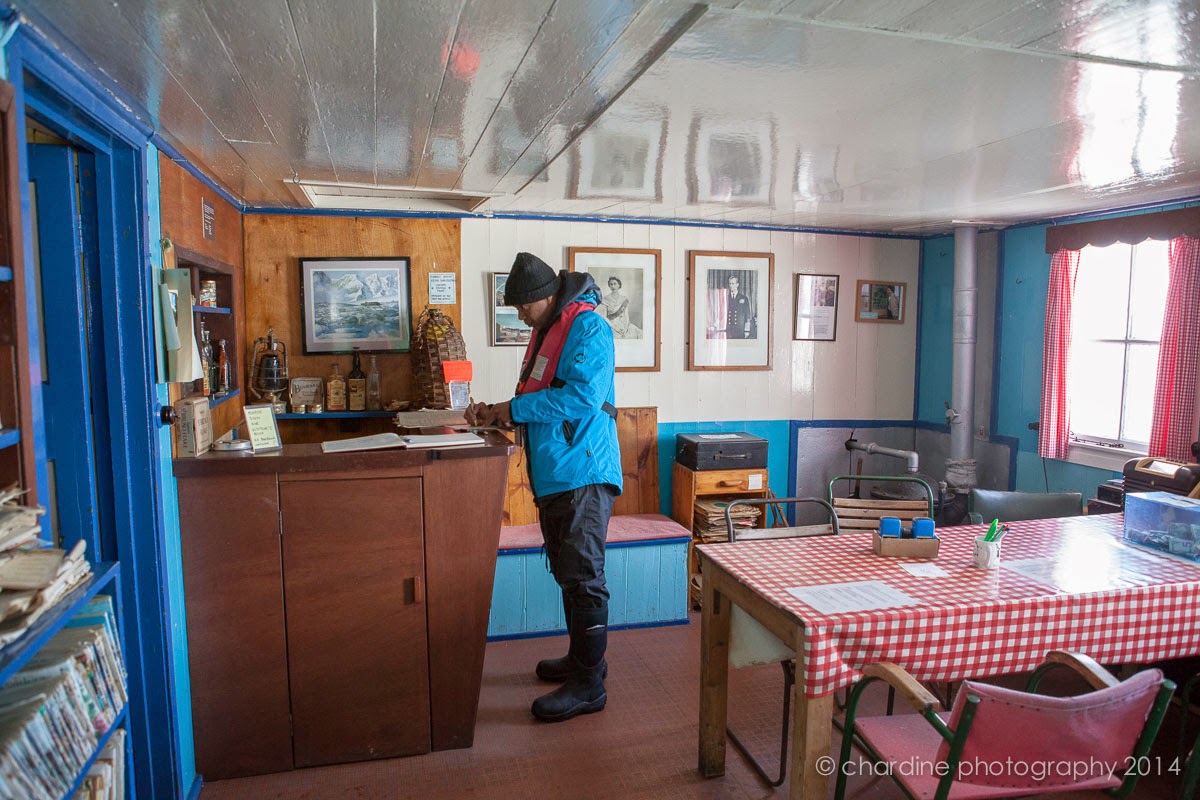 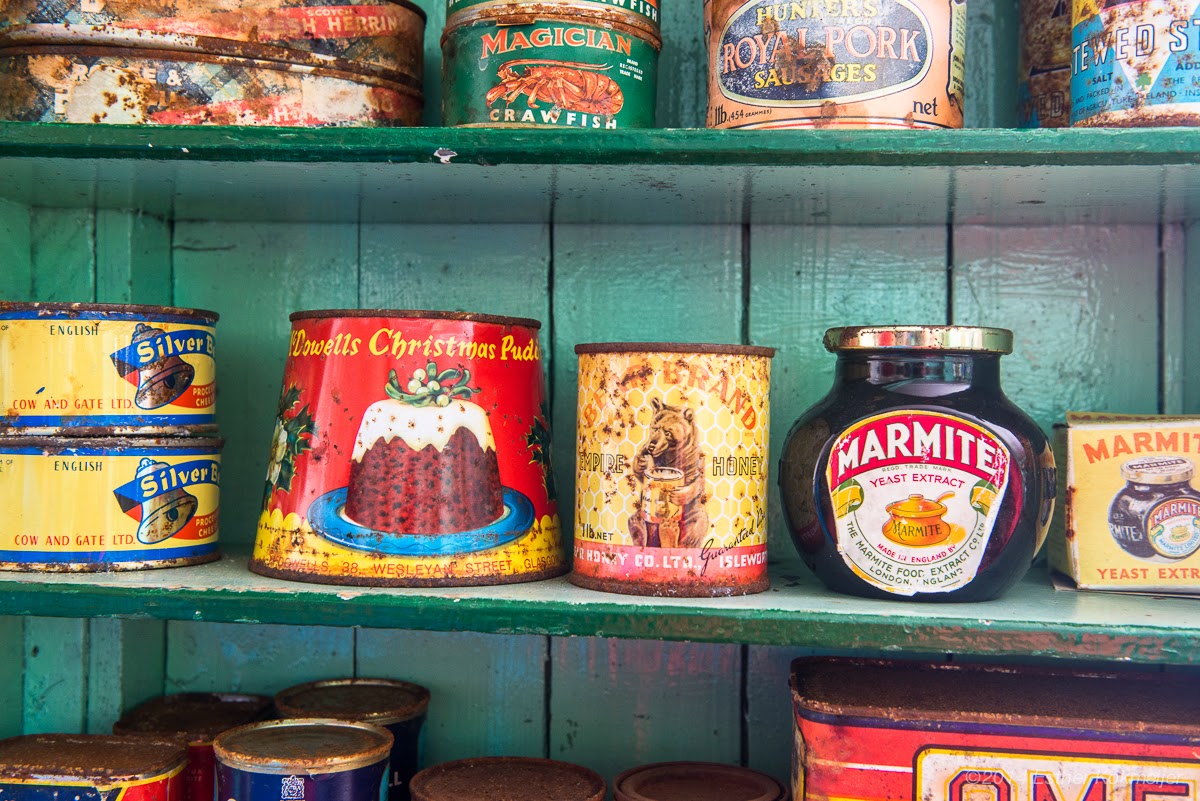 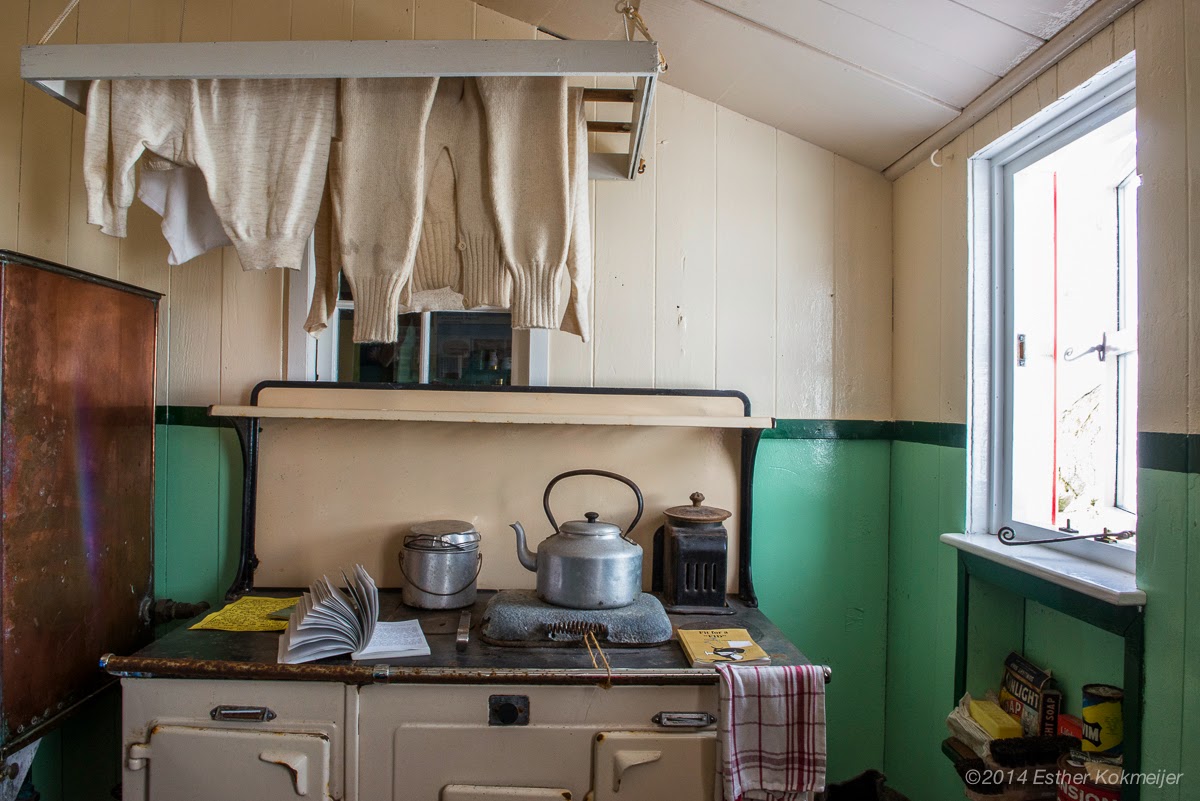 Wildlife on Goudier Island mainly consists of breeding Gentoo Penguins, with the perfunctory Snowy Sheathbills running around getting into all sorts of trouble. 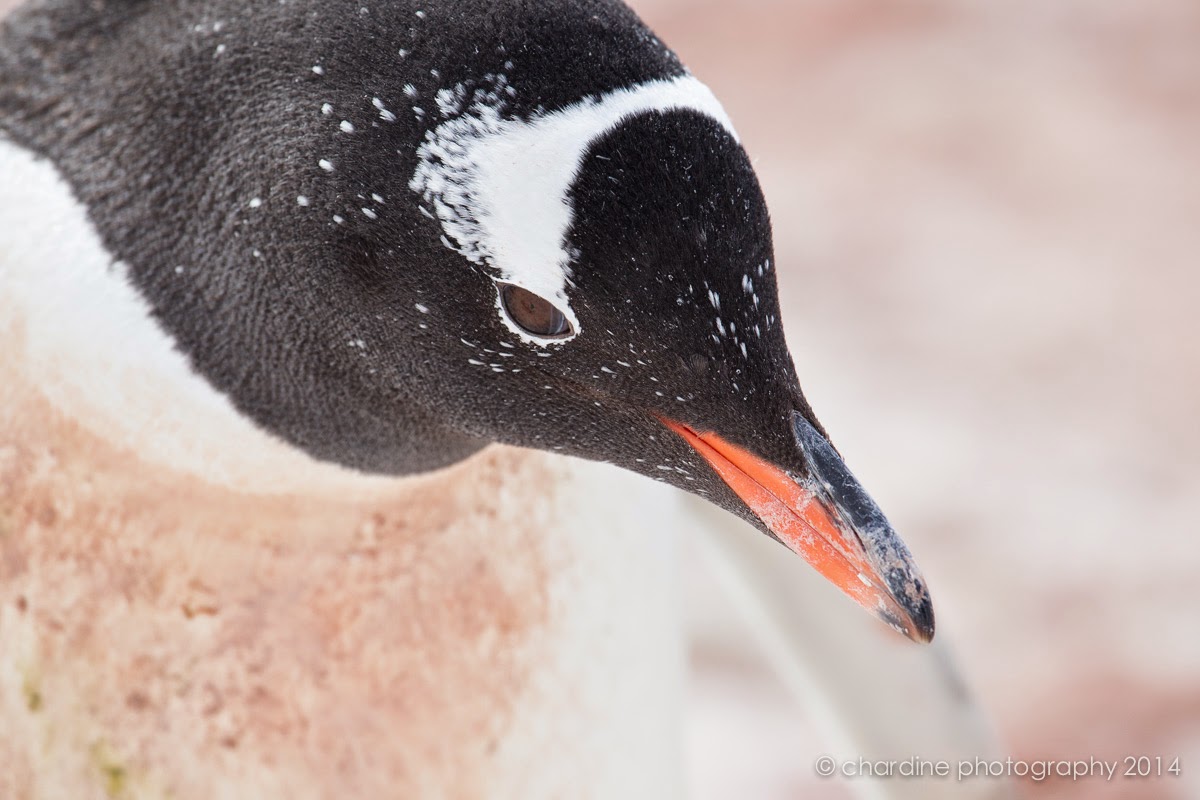 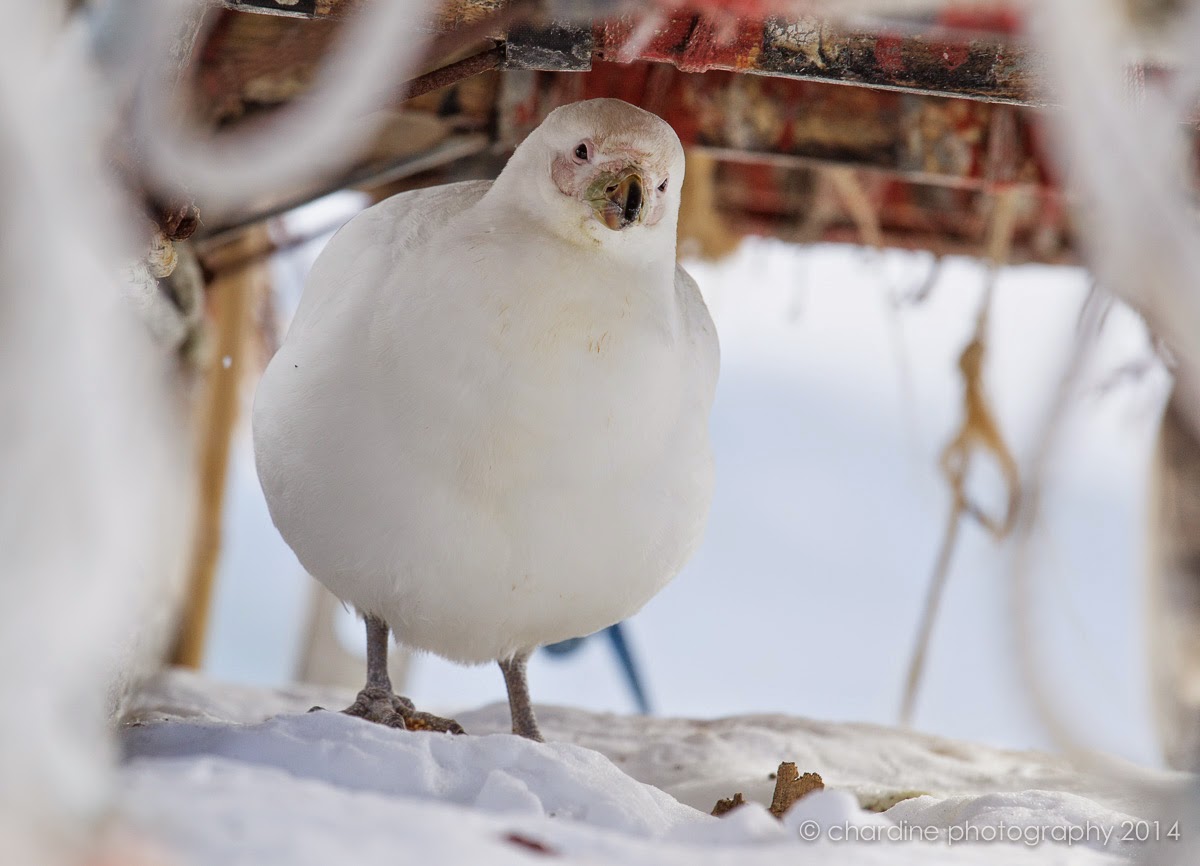 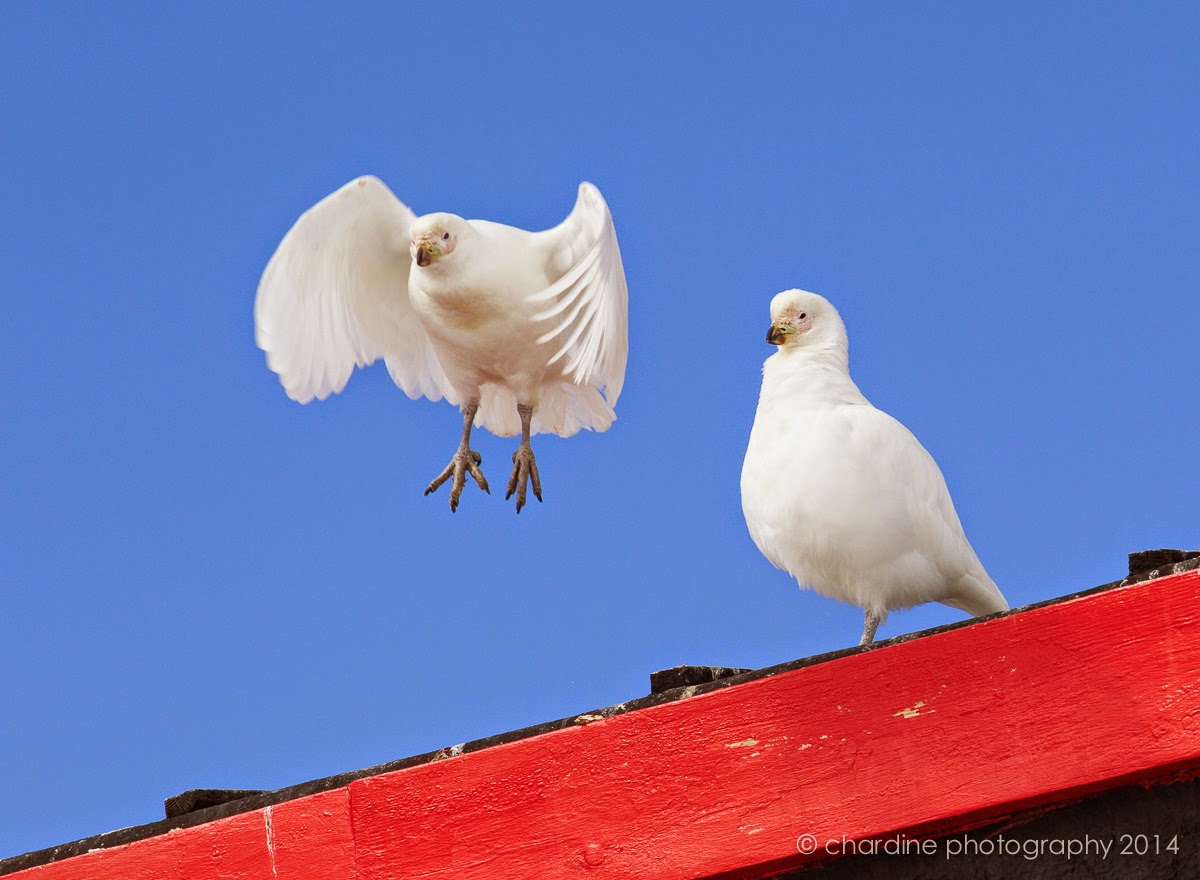 The penguins are a relatively new arrival and were not breeding on the island when the base was built in the early 1940s. Gentoos are increasing on the Antarctic Peninsula, while Adélie Penguins are decreasing- both a likely result of climate change. On-going monitoring of the penguin colony has shown that visitors and the general human activity around the base do not affect breeding success. Rather, the amount of winter snow fall does, with larger amounts (more frequent these days), causing delayed breeding and poorer success. The first egg in the colony had been laid yesterday.

Some of us were lucky enough to go on a guided snowshoe hike before visiting the base. The hike wended up snow hills to the ridge above the spot where others of us camped the previous night. From there, the views down on to Goudier Island really placed in perspective the whole location. Note that the inner part of Port Lockroy was still frozen so Goudier Island looks like it is joined to Wiencke Island. Others explored the area in our Polarcirkel boats and got to experience the place from sea-level. 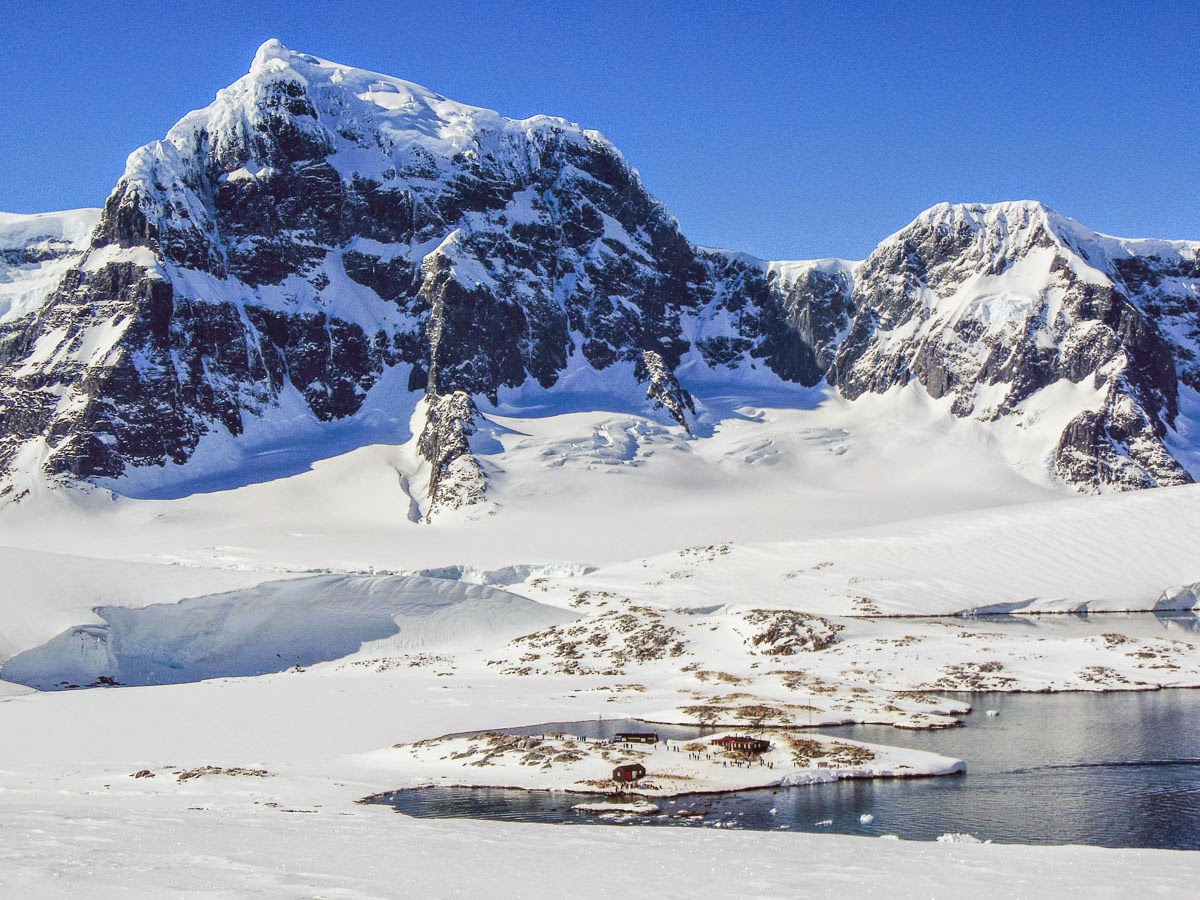 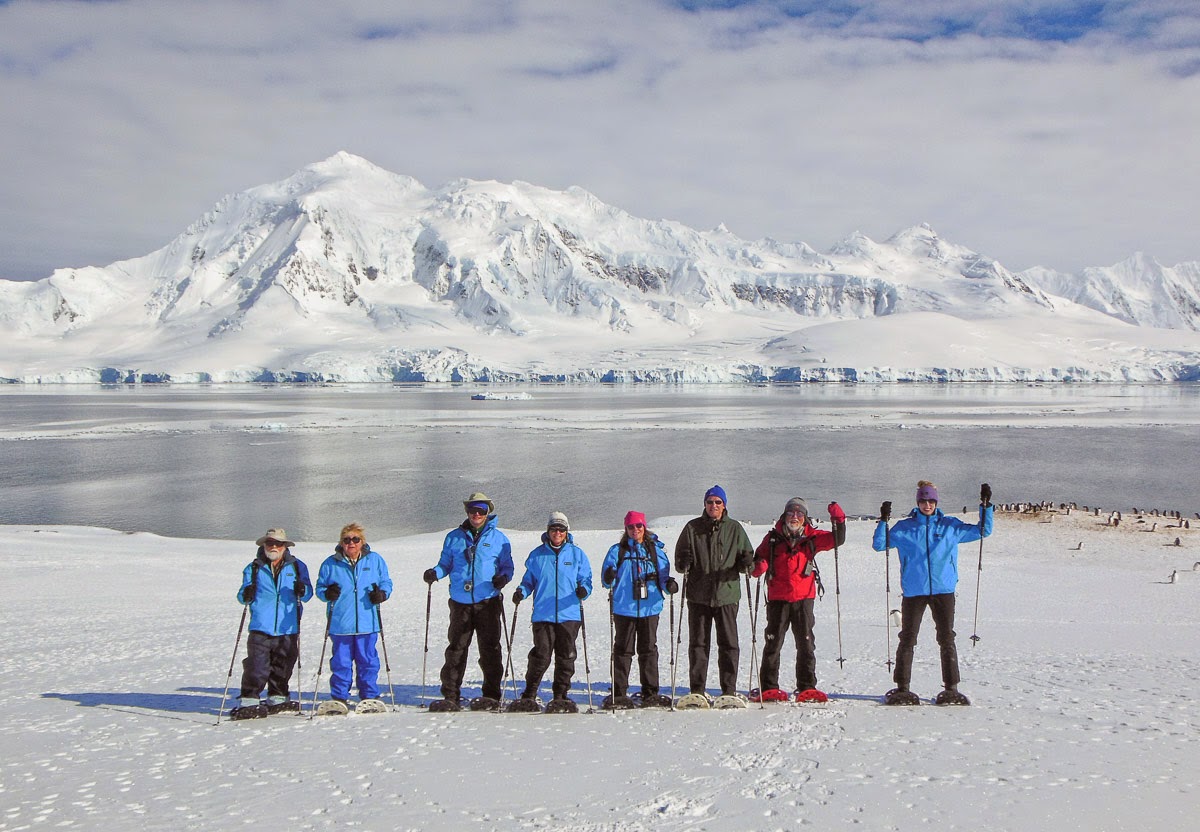 Some practical aspects of running a shop in Antarctica were realised today as well. Fram had taken on stock for this season in Stanley (Falklands) and some of us spent a part of the morning unloading boxes of t-shirts, books, fleeces and all the other items you see on the shelves. 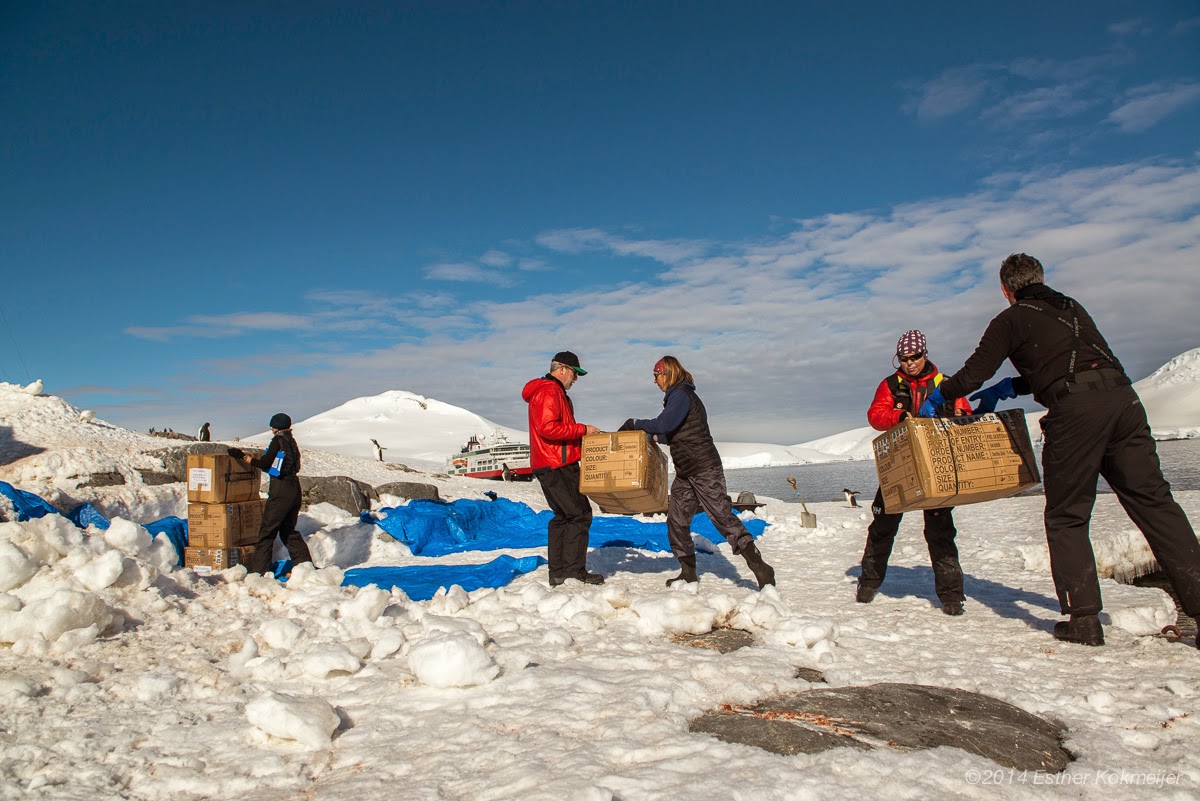 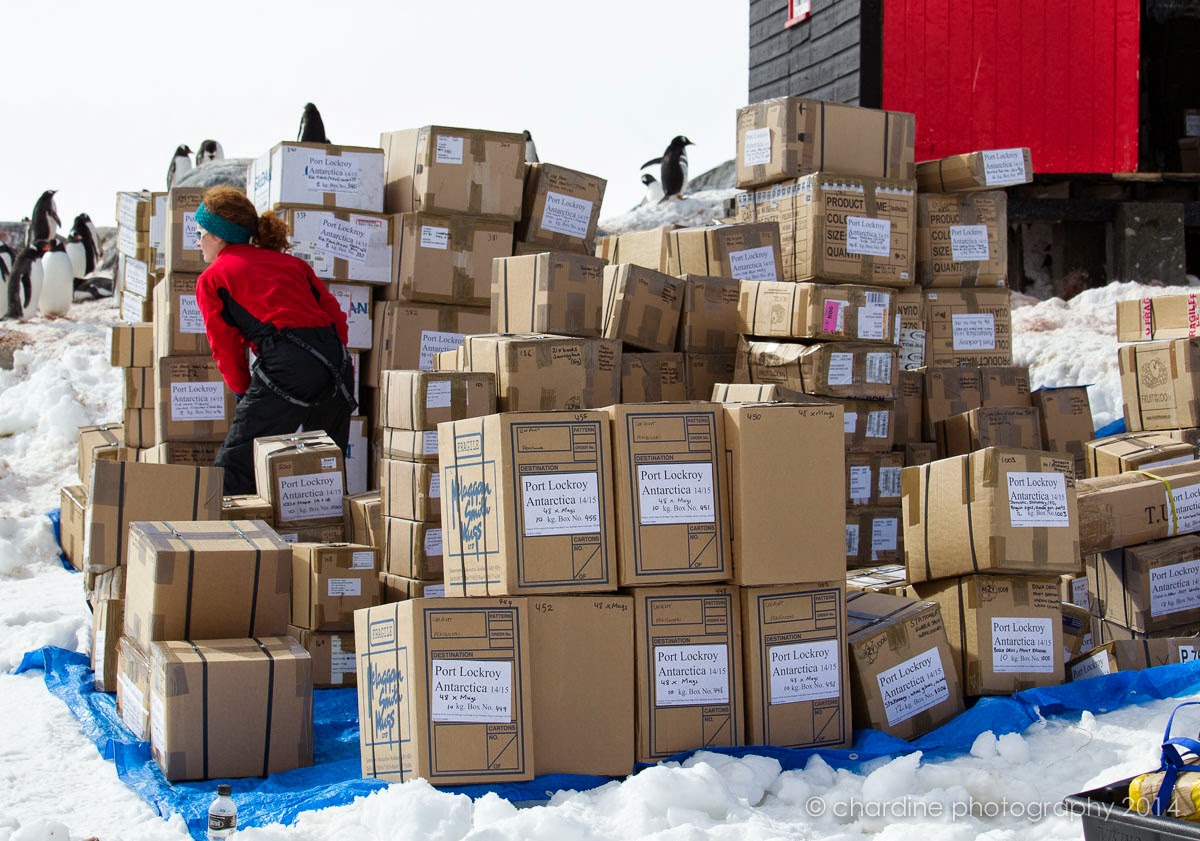 After leaving Port Lockroy we sailed south to the entrance of the famous Lemaire Channel to see if it was possible to navigate through to the other end. As we approached it was pretty clear that sea ice was blocking the entrance. Nevertheless our captain expertly slid the ship through the ice so that we could take a close look. 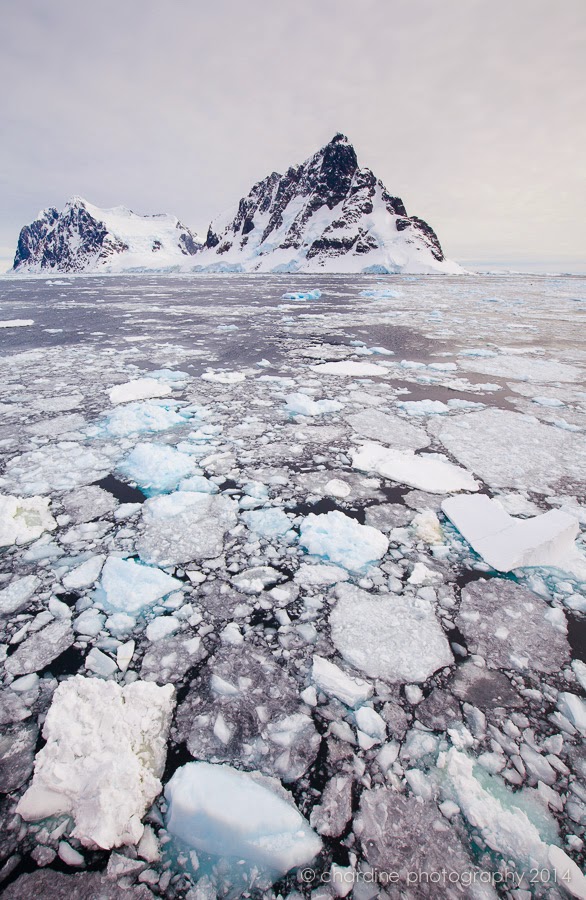 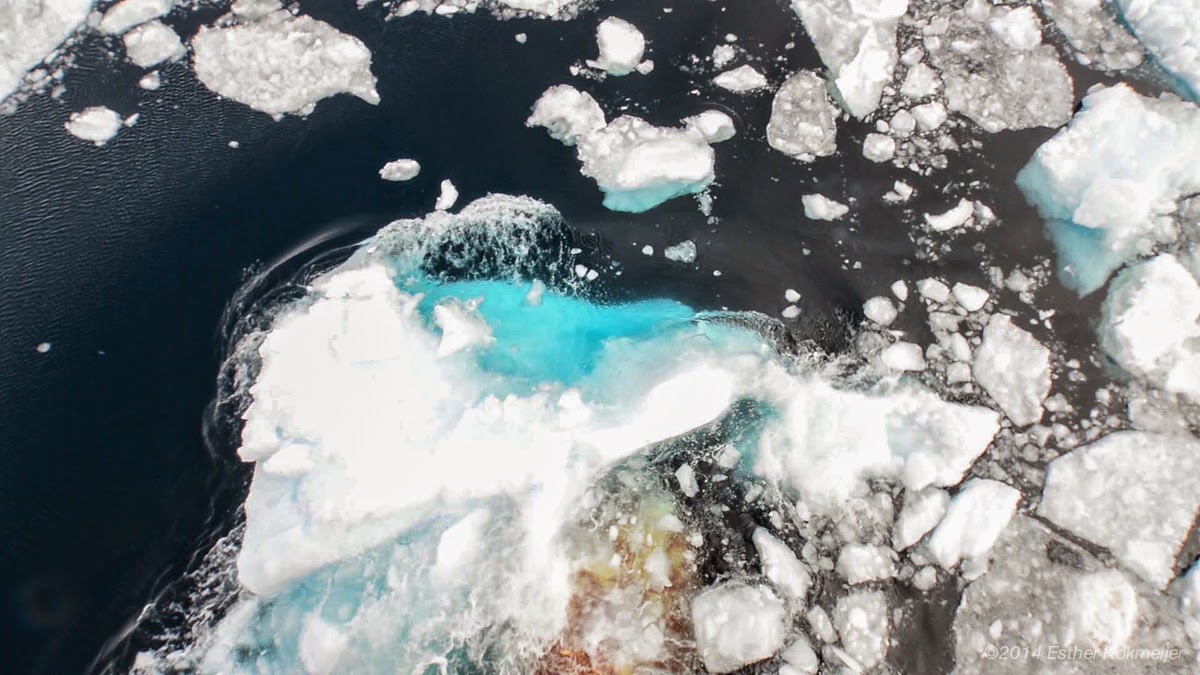