Two Days in the Kingdom of the King

We reached South Georgia during the night so that we could start with our first landing of the day very early in the morning. South Georgia is a small half moon shaped island, 170 km long and only 2 to 40km wide. The Allerdyce- and Salvesen mountain ranges with up to about 3000m in altitude divide the island in a very cold and icy south west coast and a warmer, sunnier and drier north east coast with deep fjord systems and large areas covered with tussoc grass. 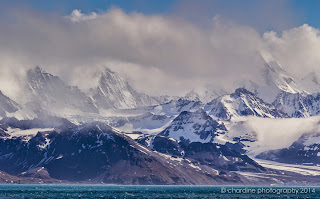 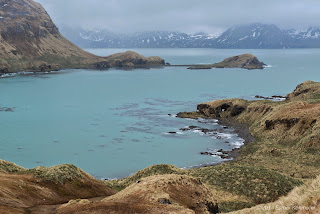 The island lies very isolated in the South Atlantic, at a distance of 550 km to the South Sandwich Islands, 1030km to the South Orkneys, 1450 km to Stanley on the Falkland Islands and 2050km to Cape Horn. Even though the island is so tiny, it is very important for many kinds of wildlife. 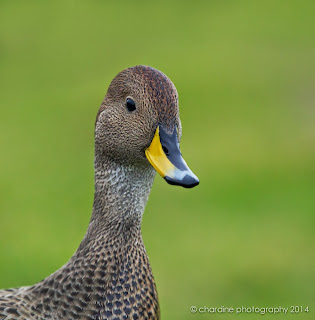 South Georgia lies south of the Antarctic Convergence and into the Antarctic Ocean; but the flora and fauna is typical of the sub-Antarctic. Enormous numbers of Elephant seals and Fur seals, millions of penguins and other sea birds are breeding between the green Tussock grass on the long beaches of South Georgia. 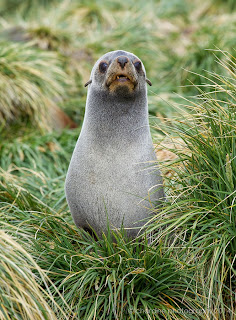 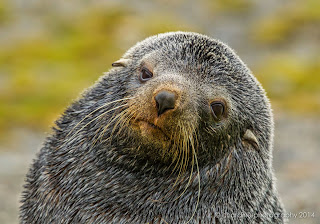 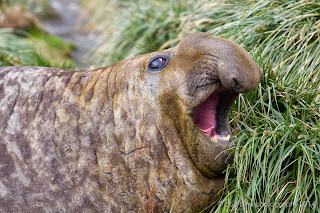 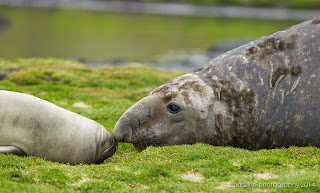 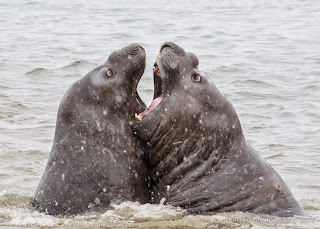 The island in the “middle of nowhere” is one of the most important wildlife refuges on earth. It is an unbelievable and unforgettable feeling to stand next to a huge Elephant seal bull or watch the just born pups with their mothers. Nobody stays without feelings when the King Penguin chicks in their brown and fluffy down mantles come nearer and nearer to figure out what kind of human penguin came for a short visit! 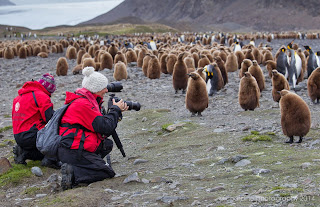 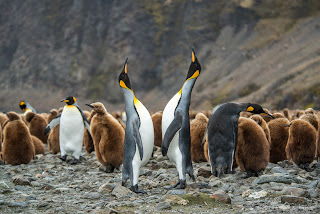 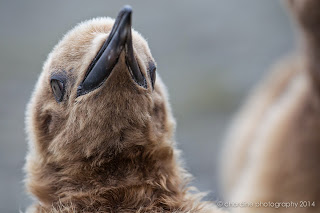 Even though the weather has not been the very best, and we had special problems with a huge swell at our landing side in Fortuna Bay, our expedition team worked very hard to give everybody the chance to go ashore. And it worked! 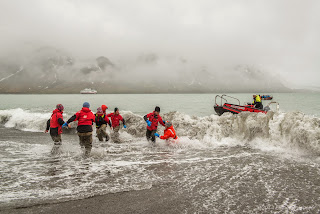 Our hikers could stretch their legs on different hikes. One group went on the so called Shackleton Hike from Fortuna Bay to Strømness. The next morning another group went from Maiviken to Grytviken. Even though the weather was not the best, everybody enjoyed the nature and scenary. 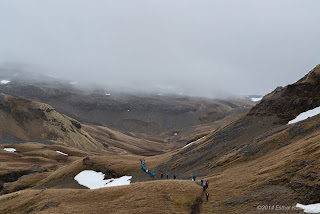 But South Georgia has also its own history and this is strongly connected with the hunting of Fur seals and Elephant seals and whaling in the southern ocean. We got a very good impression of this terrible time for the fauna in South Georgia as we visited two of the old whaling stations, Grytviken and Strømness. Some Passengers even went on a historical cruise with our Polarcirkel boats to learn more about this time. 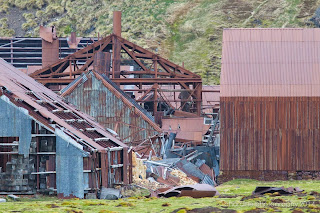 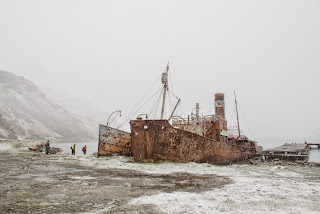 As we have seen already several whales during our trip, even a Blue Whale, 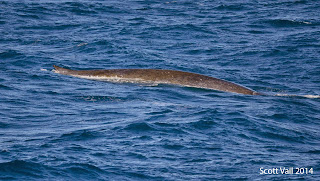 we have been all full of hope that the different whale populations will more and more recover in the future. That the Fur seals and Elephant seals have recovered already we could see quite well during all our landings, as they were all over the landing sites, sometimes even a bit too near. 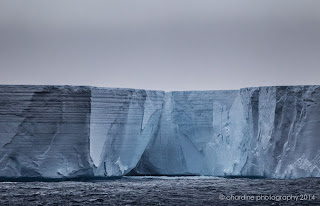 Now we are looking forward to the Antarctic Peninsula. A huge tabular iceberg with a length of app. 30 km at the southern tip of South Georgia gave us a first impression what we will see perhaps when we will reach the Peninsula in two days.

Email ThisBlogThis!Share to TwitterShare to FacebookShare to Pinterest
Photograph(s) by: Esther Kokmeijer, John Chardine, Vail Scott
Newer Post Older Post Home
Welcome to MV FRAM's Expedition Blog!
MV FRAM is the most modern expedition cruise vessel belonging to the Hurtigruten fleet, roaming polar waters and taking people to remote places where only few go. In order to give you the chance to travel with us, even if only on your computer screen, we have created this blog. Here you can see what we have seen and read what we have done.
And, maybe you will be onboard with us one day!
All About MV FRAM - here
FOLLOW US ON FACEBOOK !