Things you can do at sea

A ship is not just a means of transport - it is a floating community, a little city on the move, self-sustained, self-contained.

So, there is no time for boredom. Standing on deck watching the waves and the birds alone is something you can’t get enough of. All these species! Cape Petrels, Prions, Southern Giant Petrels, Albatrosses, all are soaring high above the ship, around it. And if you are really lucky you’ll see a whale, in our case it was a breeching humpback, a rare thing.

Once you get chilly, you can always get inside, maybe to get one of the many lectures. Doesn’t hurt to smarten up a little on birds, history, geology, whaling, does it?
The crew takes advantage of the landing-free time to conduct a fire drill. No worries, the smoke is just for show…

Captain Rune opens up the bridge for his explanatory tours, obviously quite proud of the top-notch equipment on his ship.

Toward the evening the waves get a little more benign, so curtains up! for the MS FRAM crew show! Everybody had a great time, also it is a good occasion not to think two days ahead. Somehow the departure is looming over our heads. Already…?

Next day probably remains unforgettable, for the ship is getting pretty much pounded by waves of 6-7 m height. Plates slide off the table, glasses in the bar topple over. So, always a hand for the ship, please!
Fortunately, in the afternoon we are getting in lee of some rocks. Some rocks?! Crikey, but this is Cape Hoorn! Captain ad kept good speed during the first day of the crossing, so we have some time in the bank to make this detour to everybody’s delight.
A little later, the sea is more or less calm now, the last official event on deck 7: Captain’s Farewell, much acclaimed by everyone.
And later on something spectacular: Our Chinese group has a ceremony during which we all put a letter into a time capsule, a letter to our future selves - the capsule will be kept on FRAM and reopened in ten years time. How very interesting!
And now? Now it’s packing, exchanging addresses, having last drinks at the bar. Many are heaving a sigh.
One more night, folks! 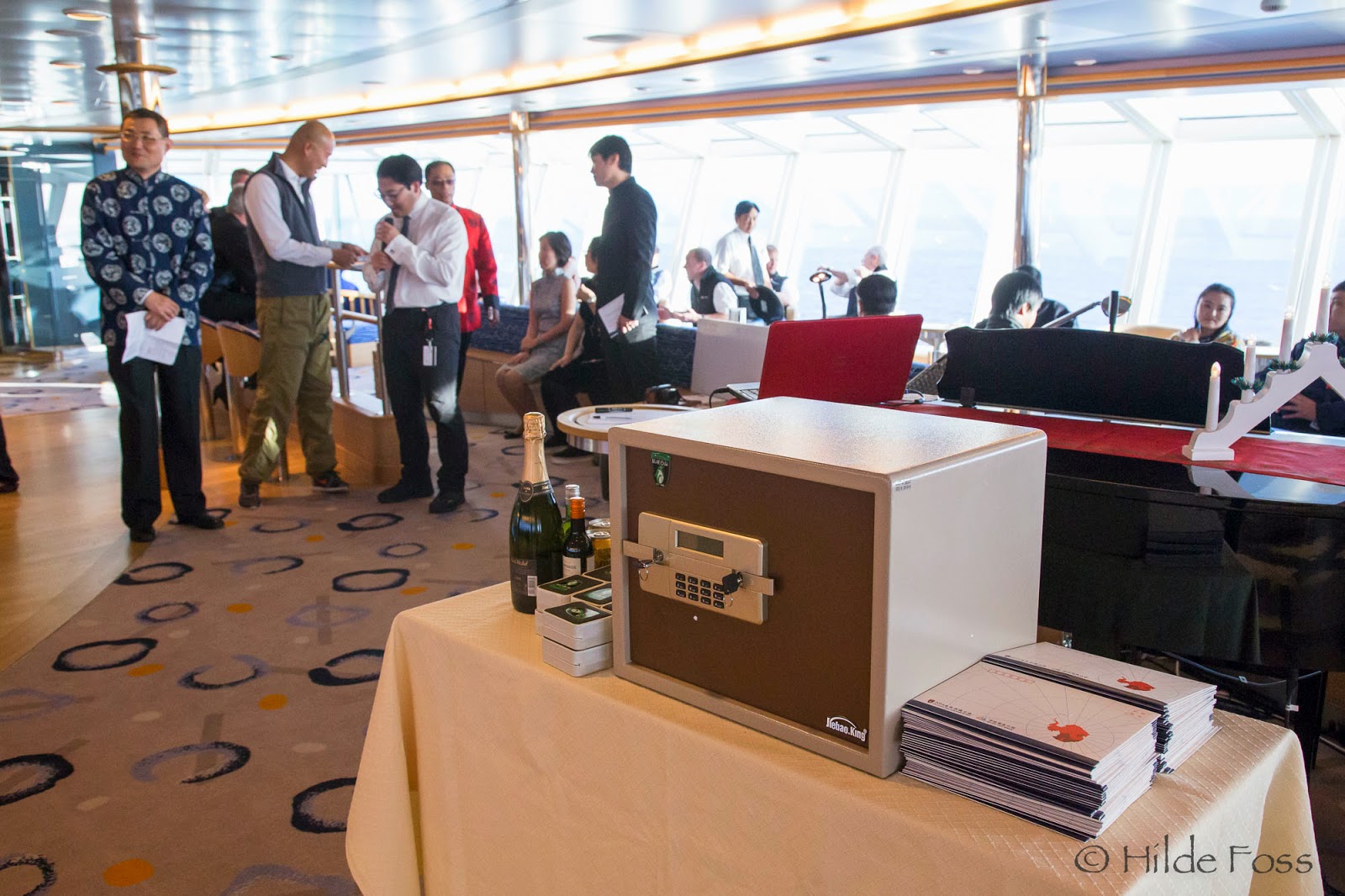