In the early hours MV FRAM entered the majestic 20 km long Kongsfjorden amidst low-lying clouds, which occasionally were pushed away by some patches of sun offering us a unique scenery of the Kongsfjorden. Eventually, the MV FRAM arrived close to the remains of a marble mining facility established in 1911 by the Northern Exploration Company headed by the turn-of-the-century adventurer Ernest Mansfield. The dream of a quick profit ended after just a few years of trial operations. Not surprisingly, the marble turned out to be useless, and the blocks crumbled due to frost action.

Simultaneously, some of the passengers headed for a glacier walk on the lower parts of the ‘Conwaybreen’. From this vantage point one can glean an intimate insight into the physics of a glacier. Again, another example of breathtaking pristine nature. 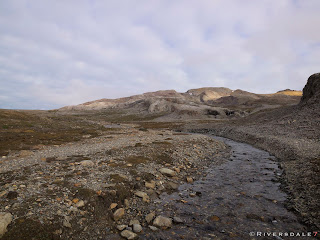 The day was packed with endless activities. Ny-Ålesund, the former coal-mining settlement, which is allegedly the most northerly located settlement in the Arctic was the next port of call. It discontinued its mining activities following a major mining explosion in the 1960s. 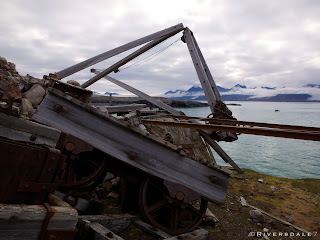 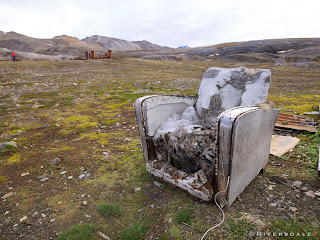 After this tragic incident, the settlement has been transformed into a world reknown research settlement, focussing on climate change. We also meet Roald Amundsen – not in person – but this time cast in bronze. The research settlement’s significance is inextricably linked with early Norwegian polar history and still pays homage to its iconic adventurous visitor. Our lecturers guide us through the convoluted history of this settlement. Eventually we can leave the settlement for a short while and visit the anchoring mast which Amundsen used to fly to the Northpole with the airship called ‘Norge’, before we head out into the Krossfjorden.