We woke up to a foggy day in the Hornsund. Why would it always be foggy here?  Maybe the countless ice floes originating in the Barents Sea which all too often drift around the southern headland into the wide open mouth of the Hornsund, have something to do with it.  Due to its vicinity to the ice ocean currents of the Barents Sea this fjord is the coldest Fjord Svalbard can offer. However a warm welcome by the captain, Rune Andreassen, his crew and expedition-staff cheered us somewhat up, probably also because the captain announced the favourable weather forecast with light northerly west winds. But no one had mentioned the lurking fog. 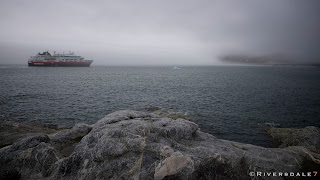 Although thick fogbanks in varying density made their incursions into the visibility of the place, the expedition-team headed out to do reconnaissance at the landing site at “Gnålodden”. Eventually, the final “go ahead” was given. The somewhat surreal atmosphere of the landing site took us instantly with awe. 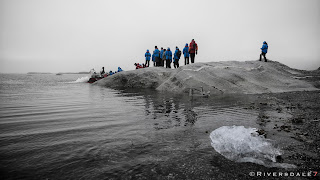 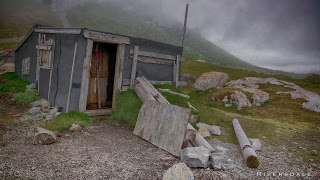 The protruding massive cliff-formation of “Gnålodden” revealed its breath-taking, mist-covered sublime beauty. Incidentally, we could see almost “suicidal” juvenile Brünnich Guillemots’ attempts to learn flying in the most awkward way while plunging down from the high cliffs to the surface of the fjord. Some of them never made it to the fjord, because of  greedy predatory Glaucous gulls. However, it was our professional ornithologist who rejoiced every time the challenging flight-manoeuvres ended successfully on the fjord. 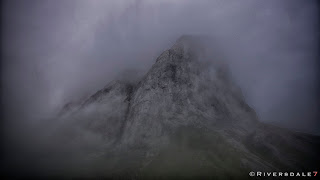