We came we saw we conquered, and no weather whatsoever could stop us! Not heavy snowfall at Alkhornet nor never-ending rain at Brucebyen. Regarding the weather this season is indeed a very special one. One and a half day of blue sky and sunshine in the past four weeks. The rest? Guess... 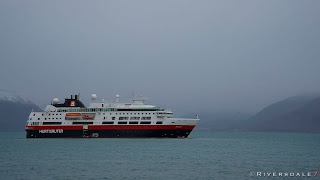 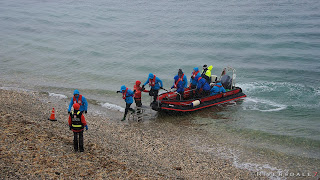 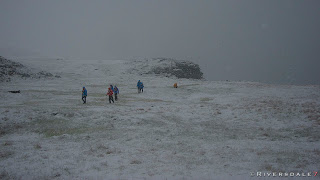 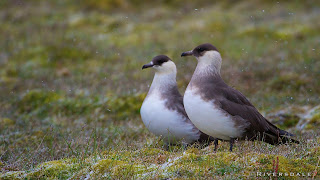 It started snowing early in the morning when we were heading towards Isfjorden. By the time the first polar circle boat reached the beach the plain below Alkhornet started to change from green to white. We took our positions that the passengers had a safe area to walk and explore. Some reindeer strolled through the area. Their insulation is as good that the snow on their backs does not melt. The richer season for them seems to come to its end. The snow layer on the green will soon increase in thickness. 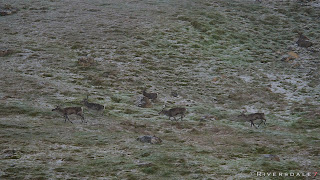 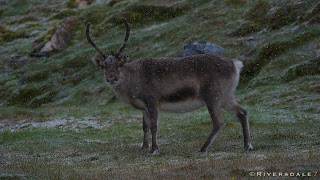 During lunchtime we had some more lectures on board on the way to Billefjorden. In the far end of this fjord, opposite of the abandoned Russian mining village Pyramiden, there is a group of four buildings and some tens of meters of a small railway. They are the remains of a settlement that was put up in 1919 by the Scotsman William Bruce. He had initiated the Scottish Spitsbergen Syndicate Ltd. to do exploration for coal mining. 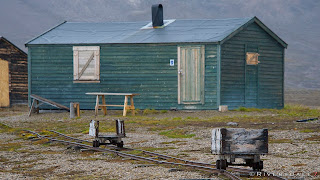 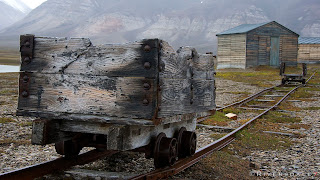 Bruce was an oceanographer and polar explorer. He had become famous for his participation in the first two of the four expeditions of Albert I of Monaco in 1898 and 1899, for several further expeditions to Svalbard, but also for leading the Scottish Antarctic Expedition with the ship "Scotia". His coal mining activities were not as successful and when he returned to Brucebyen in 1920 he got ill and died short time after returning home. Another sad story from Svalbard's history, today framed by a rainy afternoon.