Hornsund, glacier, and the fog flying away

The day started with a landing in Gåshamna in Hornsund bay. The Arctic summer fog was still around but luckily the wind had disappeared and the sea was calm. Gåshamna is a relatively large and open bay on the southern shores of the Hornsund fjord, loaded with historical value. Here are remains of whaling, Russian and Norwegian overwintering trapping and remains from one of the first great international research expeditions in the Arctic, a Swedish Russian expedition which tried to find the exact shape of the earth! Some of us had a nice hike out on the west side of the bay, and reindeer, a polar fox and belugas were observed! 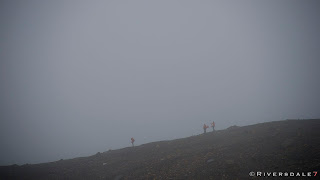 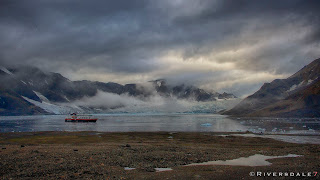 After the morning hike we tried to sail in to the bay Brepollen to watch the nice glaciers in the area. But the fog was all the way down to the water, so it was impossible to see. We could only imagine what the landscape looked like…but not for long.

After lunch we went for our second landing of the day. This was a walk up on a moraine between the glaciers in Burgerbukta. As we were landing the fog finally lifted revealing a magnificent landscape. Big blue glaciers hung in the fjord between sharp alpine mountain tops. Some went out kayaking between blue icebergs floating in the fjord. Others went to try their luck at fishing. We all enjoyed the landscape. 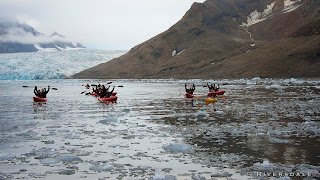 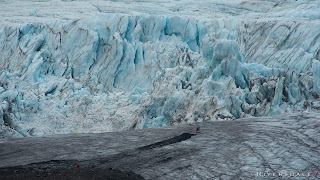 In the evening the Filipino crew put on a nice crew show for us, before we went to bed tired after a long day filled with expeditions.