Many seabirds followed the FRAM on our way past Cape Pembroke and into Port William before breakfast. We landed early morning in Stanley, the capital of the Falkland Islands. 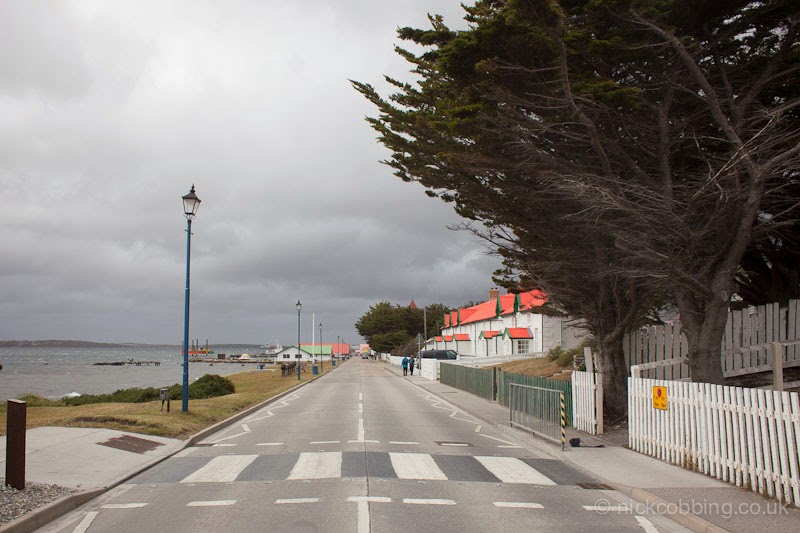 The buses were already on the pier to take us to our various excursions. On a city highlight tour, we learnt everything on Stanley, from its beginnings as a ship repair yard for sail ships that were damaged in storms in their attempts to round Cape Horn to the modern time in which Stanley lives from fishery license fees, tourism, and offshore oil exploration. Alternatively, some guests strolled along the beach on a guided nature walk, learning about the different native and introduced plant species as well as the feathered inhabitants of the islands. 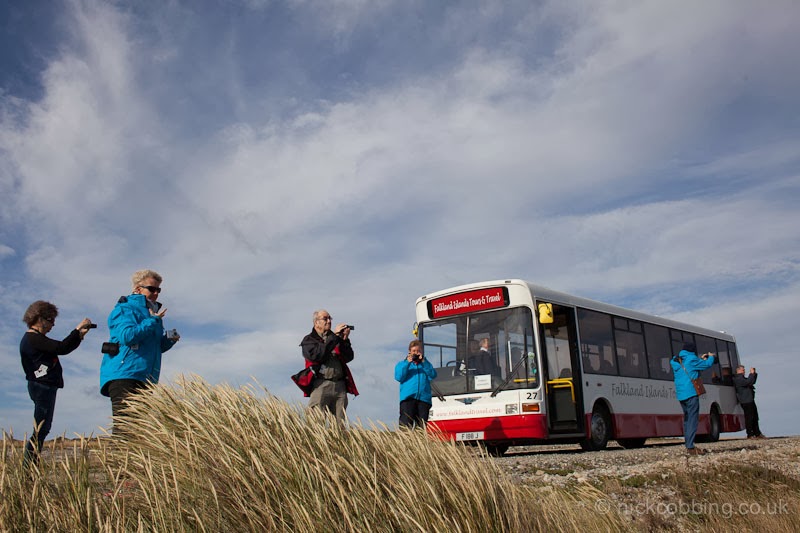 For lunch, a blue-coated armada invaded all the local pubs and restaurants to enjoy a real British treat: fish & chips! After this refreshment, the blue armada sailed on to raid all the gift shops in town. Innumerable small penguins in different shapes and sizes, post cards with penguin pictures on them and other penguin paraphernalia were captured (shopped), and in contrast to the last invasion 32 years ago, the people in Stanley were quite positive to our appearance on their island. 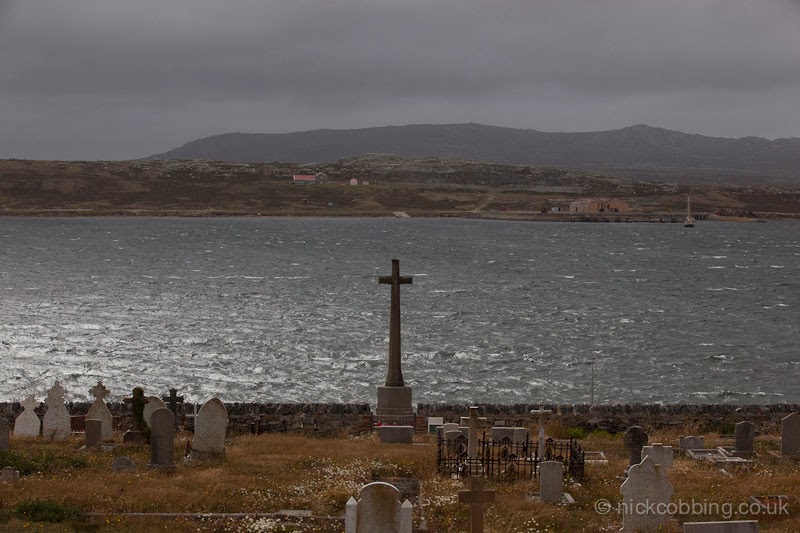 In the late afternoon, the FRAM set course out of Stanley harbor, we passed the narrows into Berkeley Sound and sailed south to halfway circumnavigate the islands to our next scheduled landing on the Western side of the Falklands. The waters around the FRAM teemed with huge flocks of sooty shearwaters and also some sei whales as after a rainy afternoon the sun came out once more to delight us with a formidable, colorful sunset. 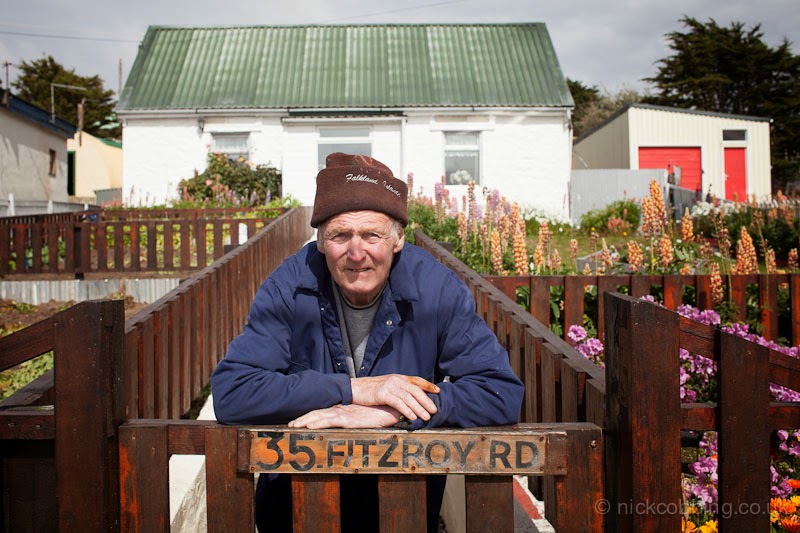