To Bahia with an escort 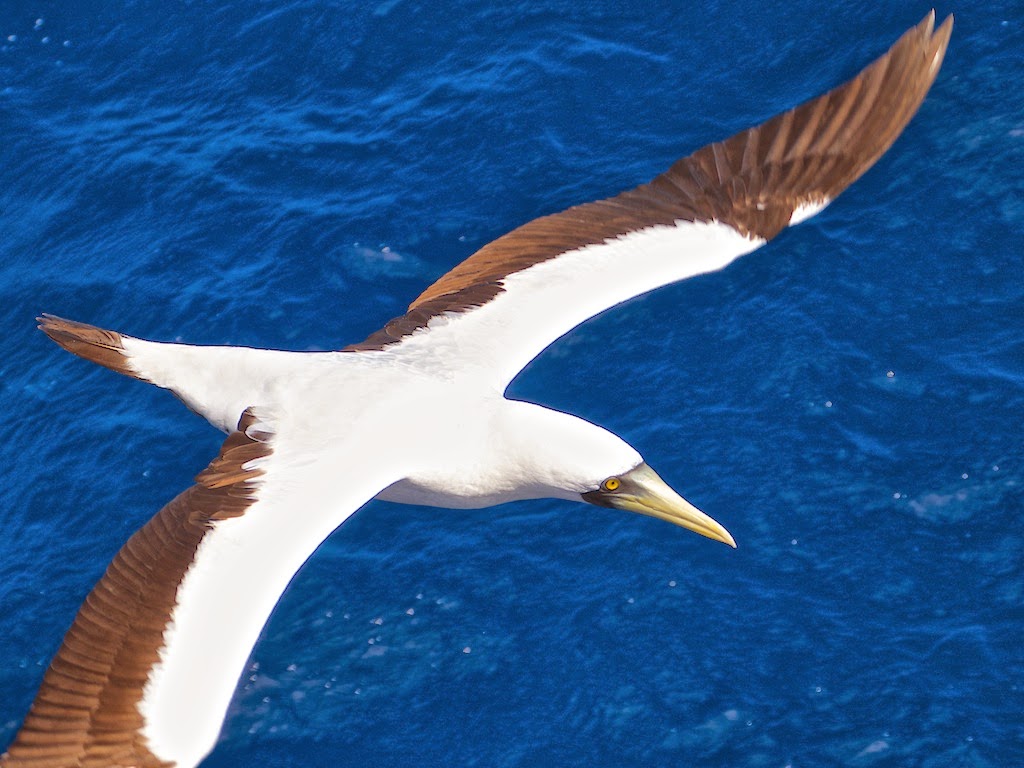 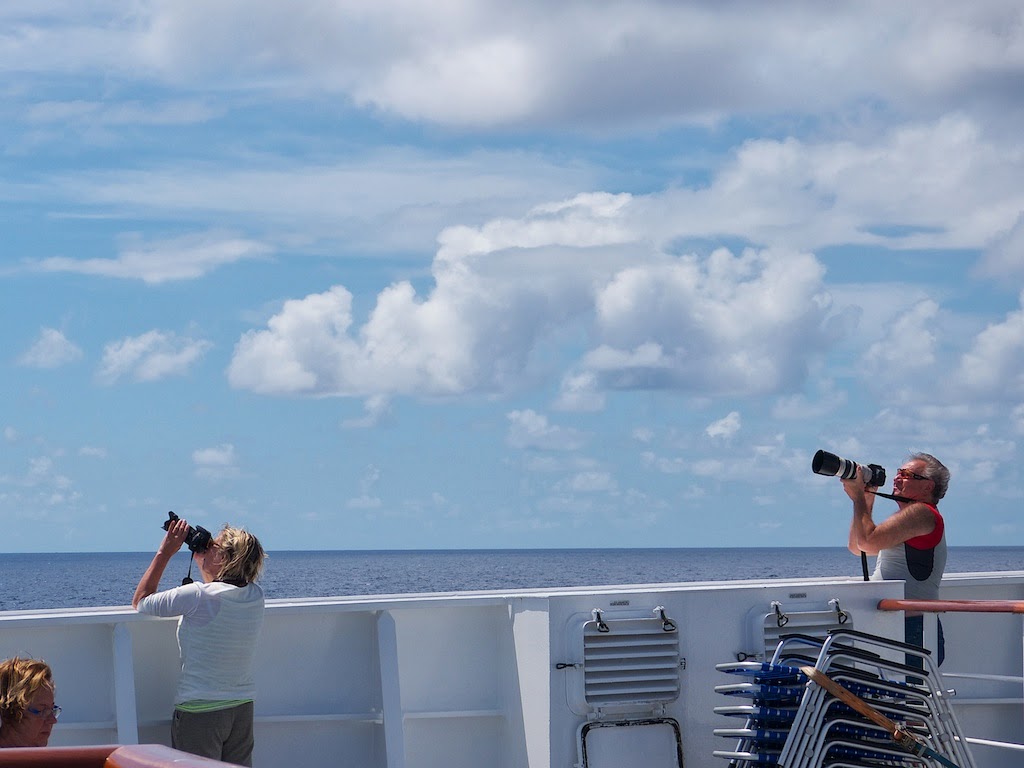 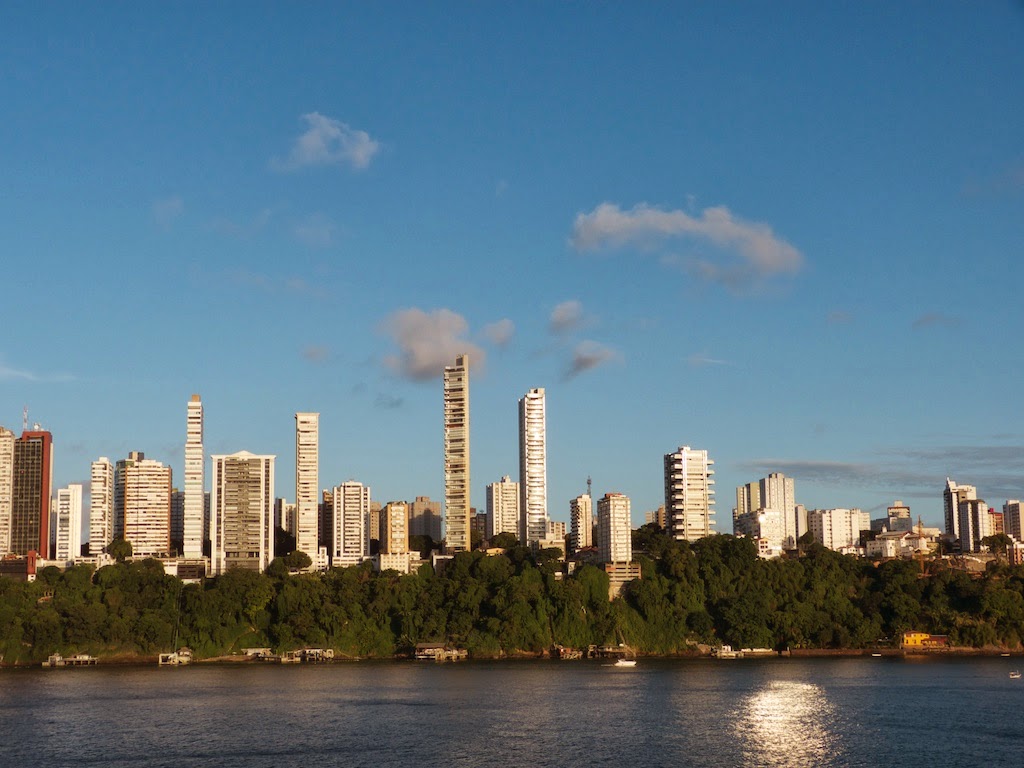 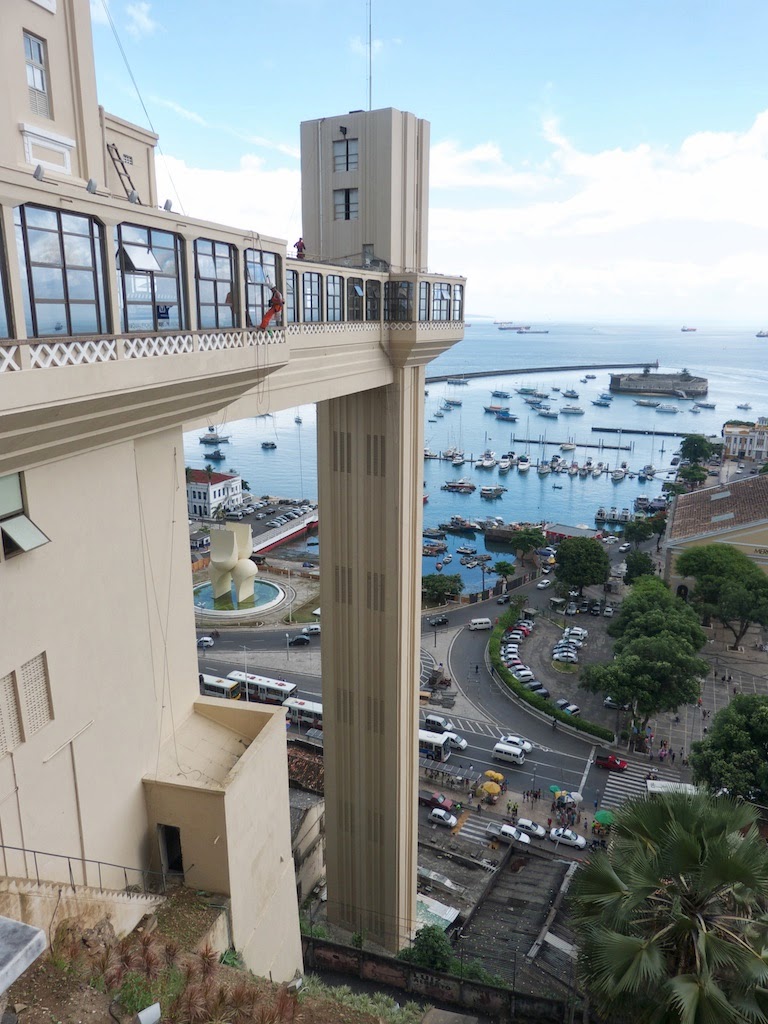 It is surprising how long you cannot actually stand on deck and listen to the sound of the waves being split by the bow of our ship. A different definition of time seems to be in effect, a gentler one, one that does not interrupt your pondering, that does not urge you to attend the next event. There is just - time. When in our lives do we still have that? And so everybody starts to walk a little bit slower, hands in the pocket, a book under the arm maybe or a drink in hand. 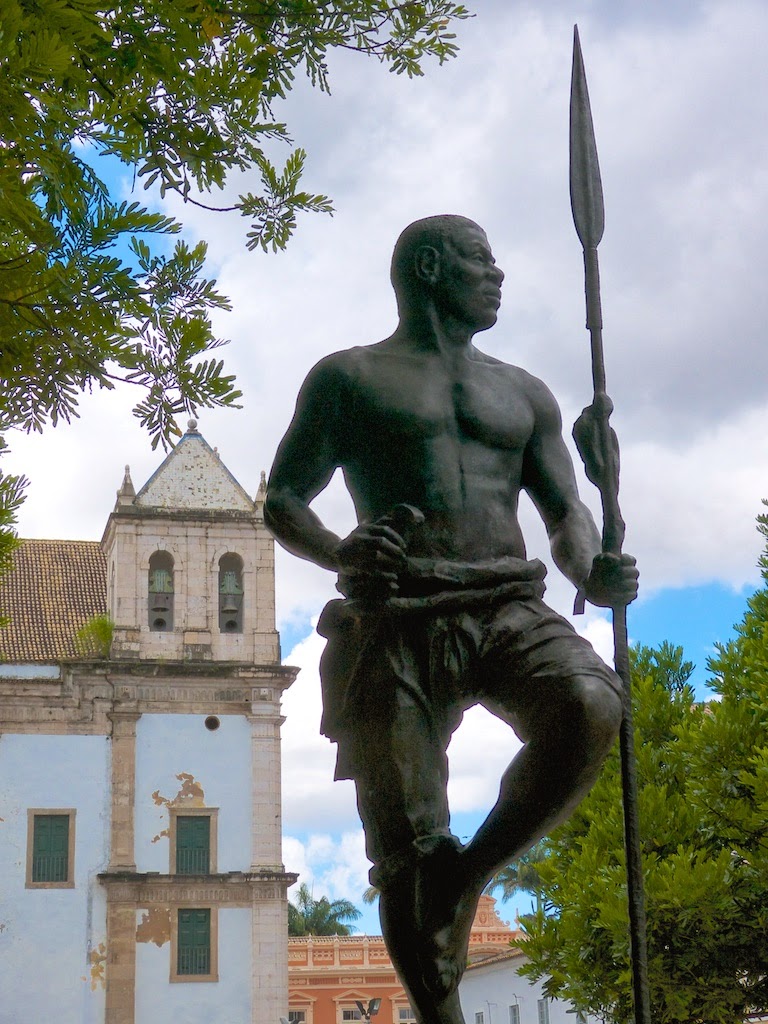 Of course we are not suspended from things that happen; still there is a couple of lectures for those who want, there is the lively conversations over the meals - and there is wildlife. 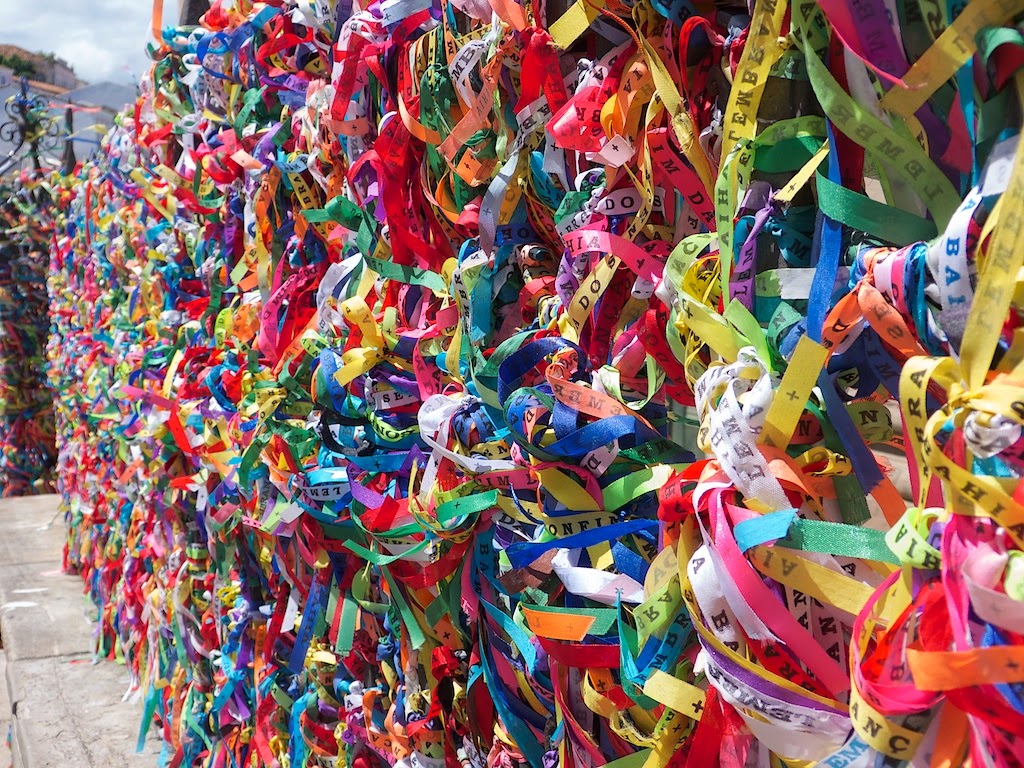 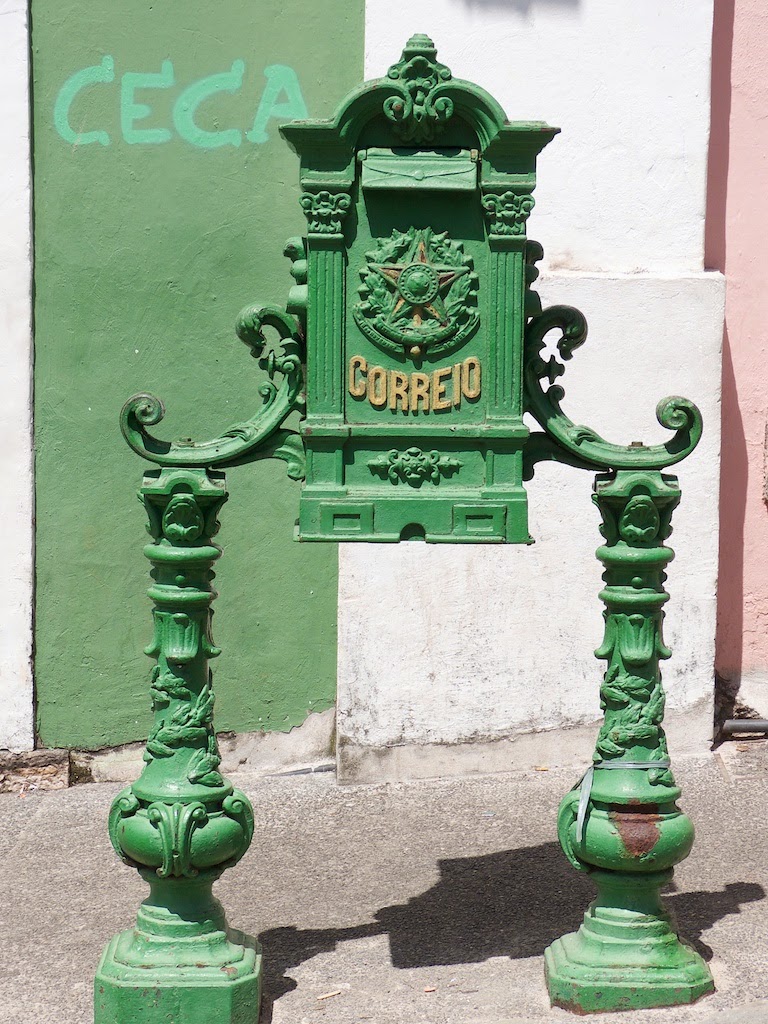 We are reaching the latitudes of the gannets. These amazing birds have a sleek, elegant body and a long straight beak. Literally they are darting through the warm winds, hovering next to us as if they want us to take a picture. Until all of a sudden they fold up their wings and aim straight for the waves, disappearing with the swiftness of a thrown spear in the water, only to come up seconds later with a silvery quavering fish. Masters at work. 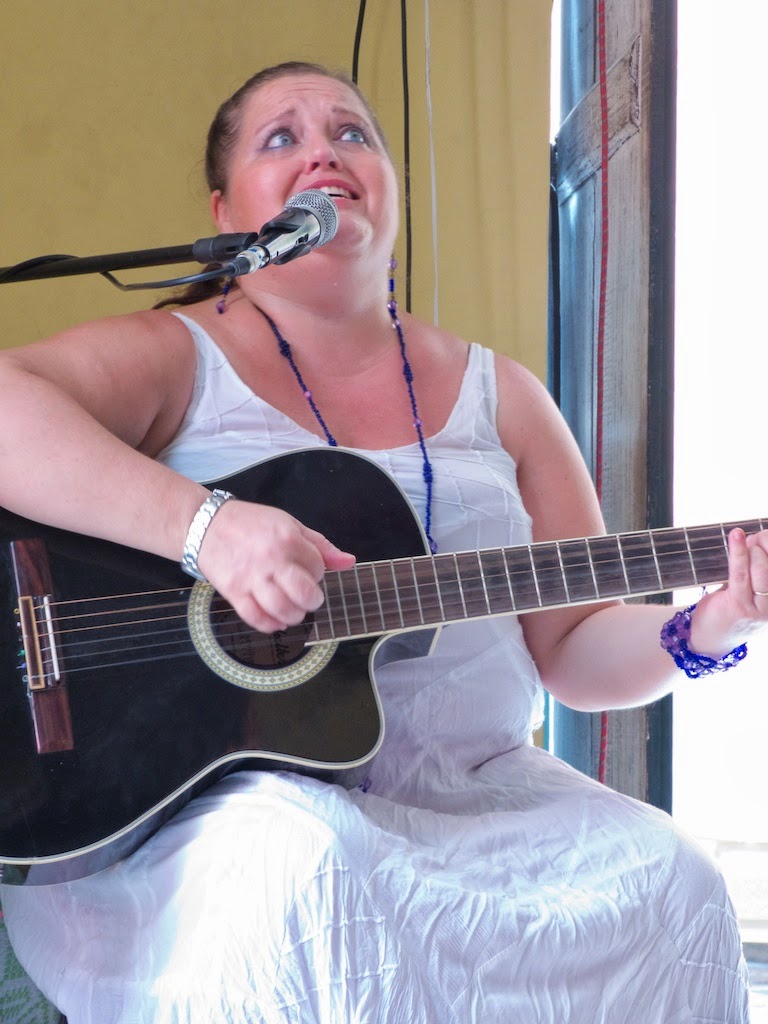 They are around us every day, but as we approach the port of San Salvador de Bahía they turn away and leave us alone. 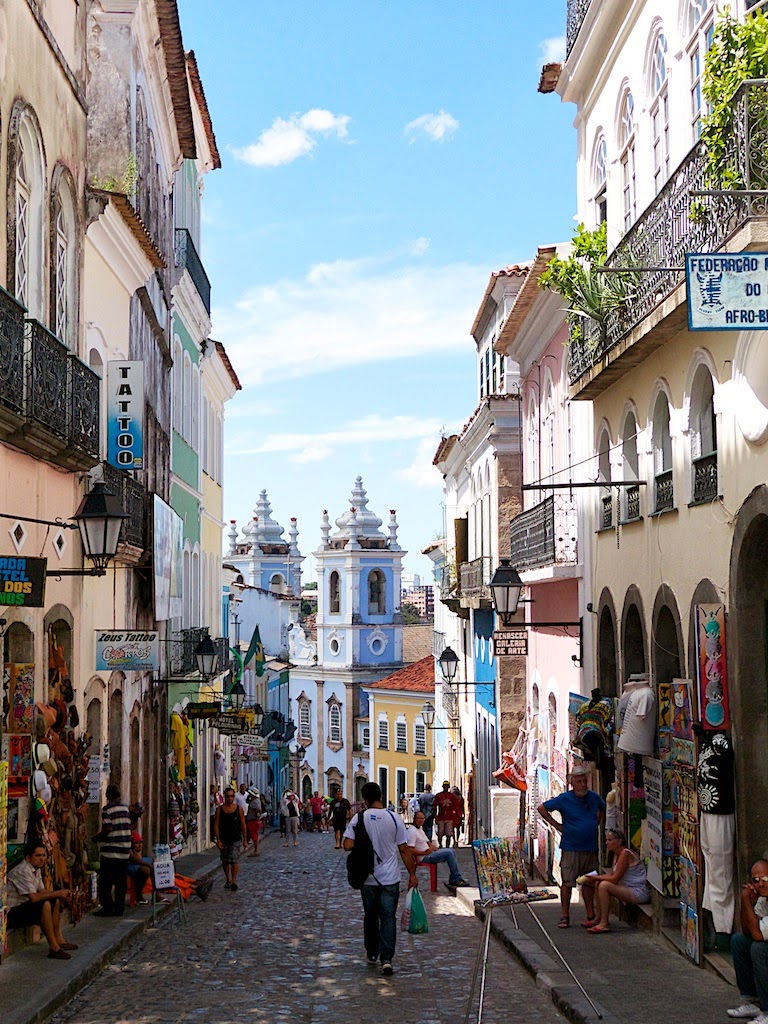 In the morning light we make pier in Brazils third largest city, about 800 miles northeast of Rio. Most are out on deck and squint in the bright hot sun. The air is damp, tropical and has a distinct smell of low latitude.
How must the early navigators have felt this, when they came here over 500 years ago? Paintings of the conquering times of the Spanish and the Portuguese show them going ashore in heavy, shiny armors. Not a good idea, if you ask me...
And suddenly we are in the middle of a buzzing, mildly chaotic but immensely colorful city, by far the oldest in Brazil, and also its first capital. 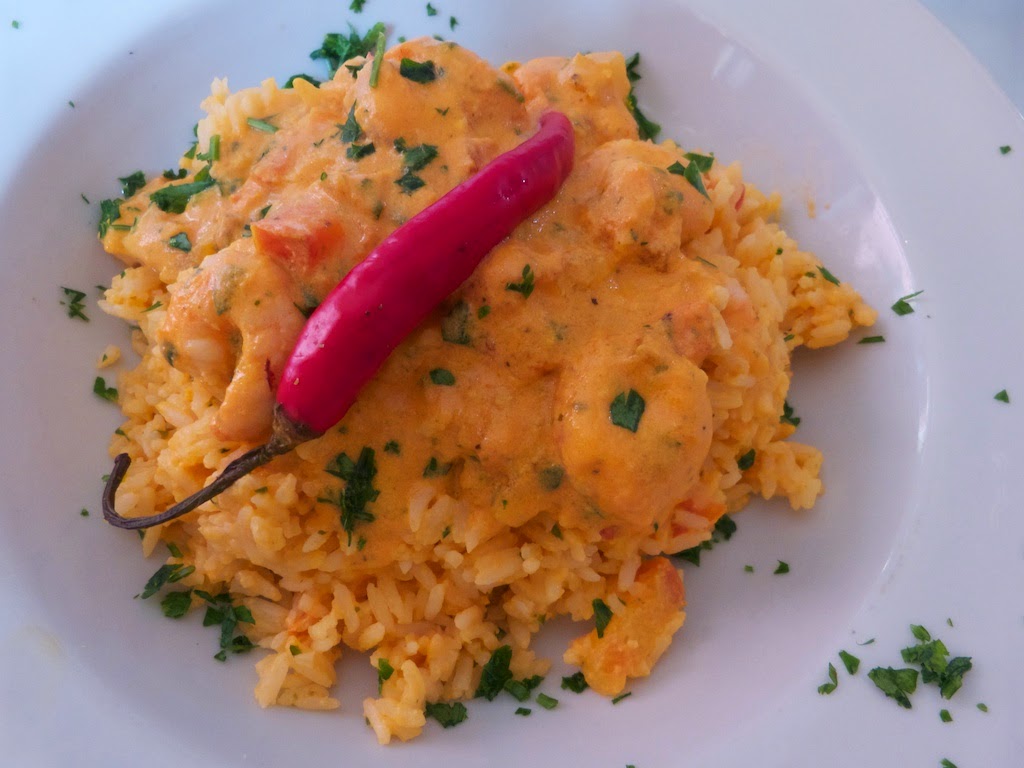 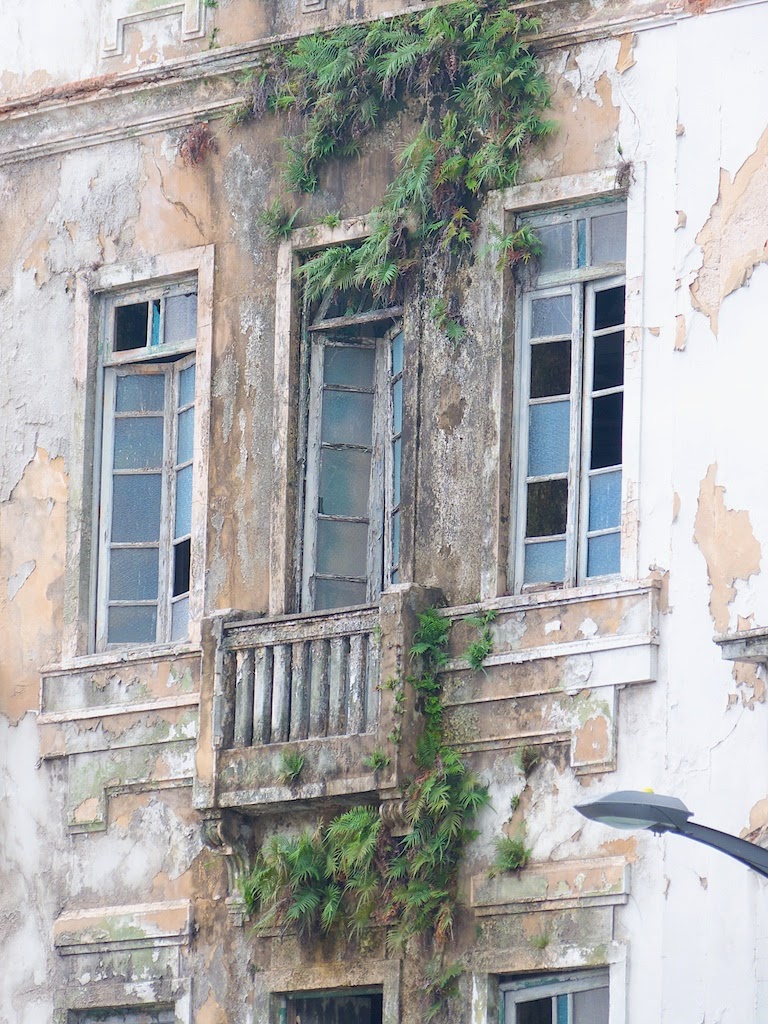 The Ciudad Alta, the upper city, is one of the most picturesque in South America, steep cobblestone alleys lead among candy-colored houses, wheelbarrows with tropical fruit are rolling by, and the air is full of spices. African spices, very often. The local cuisine is dominated by African ingredients, like the Vapatá, the classical dish. About 80 percent of the population has direct African ancestors, as in former times the unbelievable number of 3,8 million slaves were brought here, mostly from Ghana and Mali.
Well, these times are fortunately long gone, and the spirit here is free, cheerful, full of music and dance.

After some most enjoyable tropical hours it is time to get back to FRAM, and in the dwindling light of the day we cast lines and leave Brazil.
Now it is time to make across the Atlantic.
Equator, here we come!