A snapshot of life in Greenland

Our last evening ended with a very special art exhibition done by nature as wonderful icebergs in different shapes and in pastel colours - created by the midnight sun - were passing by our windows in a sea that looked nearly like a mirror as we had no wind. A very special evening that we will never forget in our life. 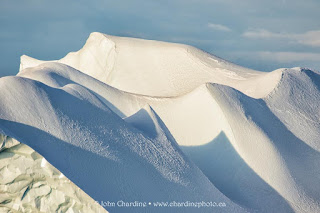 In the early morning we reached our northernmost point on our journey: Upernavik. The sun was shining from a clear blue sky when we anchored and resonated with the meaning of the name of today's destination. 'Upernaaq' means spring and "Upernavik" means the place to be in spring. The fog is as much a part of spring in Greenland as is the sun and later in the morning the fog came down from the mountains surrounding Upernavik and finally reached the water just as we were departing in the afternoon.

Not only the weather but also the inhabitants of Upernavik welcomed us today as a cultural event including the local choir singing a number of Greenlandic songs and dancing Kalattuut, a Greenlandic folk dance tradition inspired by European folk dance (Polka etc.) 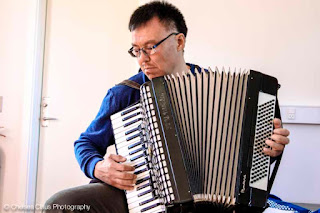 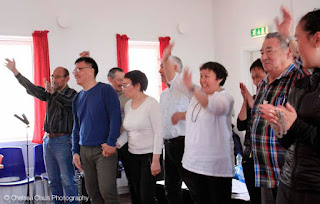 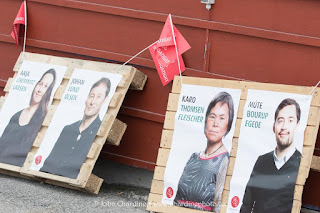 Many passengers went into a little house where two Greenlanders had their handicraft workshop. We felt so sorry that we could not choose everything to bring with us home as many works of art were produced out of Walrus Ivory and we are not allowed to bring this to Europe or to North America.


In the museum in the old colonial part of Upernavik we received lots of information about the historical time in this northern part of Greenland. We have to say, we did not expect such a good museum in a small city so far away from everything. 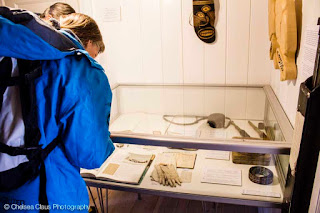 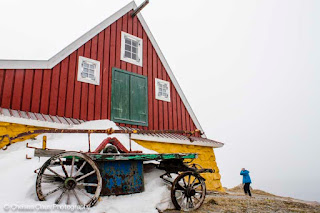 On our stroll through the city we got a very good impression about the life in North Greenland. Everything looked different when we compare it with the towns we visited in the Disko Bay before. Here we could see that hunting is still a very important part of their economy. Have a look at our snapshots we have made during our stay in Upernavik and you will hopefully understand what we mean.

Email ThisBlogThis!Share to TwitterShare to FacebookShare to Pinterest
Photograph(s) by: Chelsea Claus, John Chardine, Tone Lervik
Newer Post Older Post Home
Welcome to MV FRAM's Expedition Blog!
MV FRAM is the most modern expedition cruise vessel belonging to the Hurtigruten fleet, roaming polar waters and taking people to remote places where only few go. In order to give you the chance to travel with us, even if only on your computer screen, we have created this blog. Here you can see what we have seen and read what we have done.
And, maybe you will be onboard with us one day!
All About MV FRAM - here
FOLLOW US ON FACEBOOK !