Overnight and through the morning we sailed about 320 km north, along the beautiful west coast of Greenland. In the morning we crossed the Arctic Circle and felt a little bump as we did so! As is usual on Fram, because we occupy a special place in his heart, King Neptune appeared on the forecastle of the ship and baptised new polar circle crossers with a liberal dowsing of ice-cold water. His Highness feels no mercy on these occasions! You can see it in his eyes. So we are now in a special place on Earth where for one or more days per year the sun never sets (summer) or the sun never rises (winter)- the "Land of the Midnight Sun". By morning we had sailed far enough north that we are now in Davis Strait- the body of water that separates Baffin Island, Nunuvut, Canada, from west Greenland.

A little before noon we came along side in Sisimiut. With a population of about 6000, this city is the second largest in Greenland, and one of the fastest growing in the country. Like Nuuk, if you blink, the city will have changed. The area has been inhabitated for over 4000 years by earlier Inuit cultures, the Thule being the latest, and from which most of the current inhabitants descend.

Before we left Sisimiut, we had a real treat when a champion kayaker from the city demonstrated his skills by performing many different kayak rolls. The kayak is many 1000s of years old and over that time the Inuit of Alaska, Canada and Greenland have perfected the art and science of kayaking. If the kayaker ever tipped over, a roll would right them in the boat quickly, with no risk of drowning. 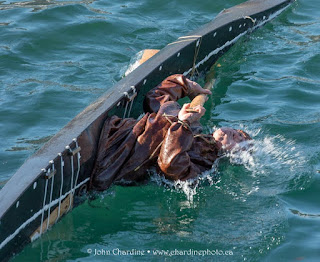 Some of us went on a fabulous boat trip to Assaqutaq. This settlement was abandoned in the 1960s after the closing of the salt cod fish plant. Man other settlements were also closed back then and the threat continues today. Most people from Assaqutaq moved to nearby Sisimiut. Today the buildings in Assaqutaq are used as a summer camp for children where they learn the traditional way of life like fishing, drying the fish, seal hunting, kayaking and so on. Here are a few images from the trip. 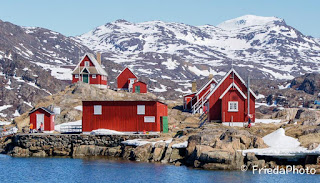 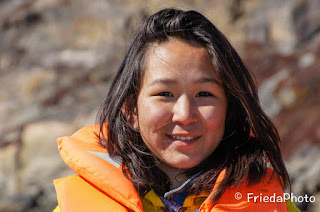 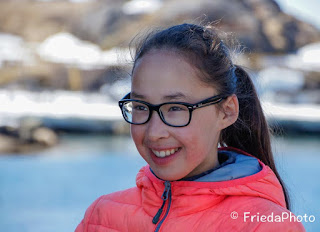 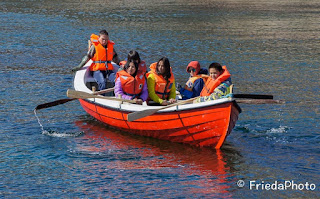 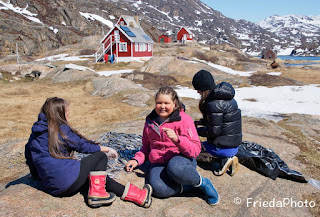 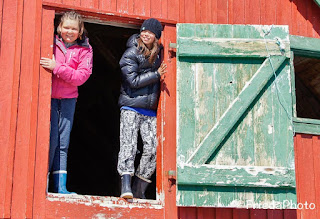 A lot of us joined "A Taste of Greenland", a wonderful lunch at a local hotel. There were enjoyed a sumptuous feast of all things Greenland including Musk-ox, reindeer, lamb, and other treats. 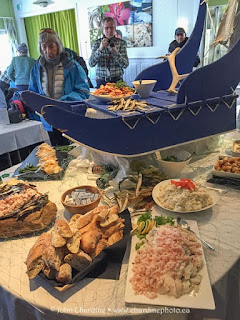 On the way back to the ship many of us visited a local workshop where craftsmen and women were making and selling a variety of beautiful objects. These are the sorts of things you want to take home with you to serve as reminders of this great place. 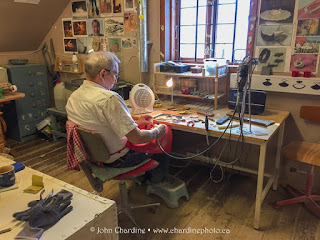