After a very long day of travelling yesterday everybody enjoyed a long sleep before we started our different information briefings around 09:00h. It was quite a long way from Nuuk to Sisimiut, our destination for today, but the weather was nice and as we had nearly no wind we could feel only a bit of movement in the ship - just enough to let us sleep like a baby in a cradle.

Sisimiut lays just north of the polar circle and we celebrated our "crossing the line" with a special baptism. We could even be happy that her Royal Highness King Neptune took the time to show up again himself for this very important ceremony. 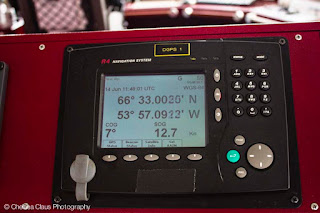 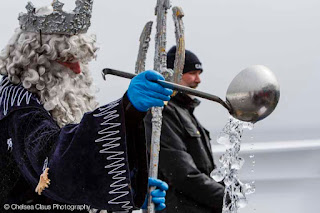 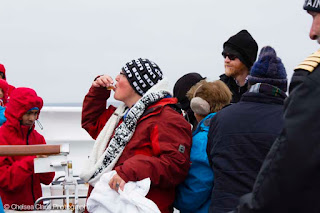 The polar circle is not only a mathematical, cartographic line. It is also the boundary between the area in the south, where you can see all kinds of dogs and the region in the north, where only the Greenland dogs are allowed. The Greenland dog belongs to northern sledge dog breeds but it is the only dog breed in the whole world that was never ever crossbred with another dog breed. The Greenlanders are very proud of their very strong dogs. They are not bred for racing, they are working dogs, and have been for thousands of years. They need to be strong dogs to pull the sledges after a successful hunting day in wintertime. During the snow free time of the year they live with their pack together in special dog fields just outside the town. In former times the dogs belonged to the typical town picture. Today you find only here and there a dog in the middle of the Greenlandic cities. 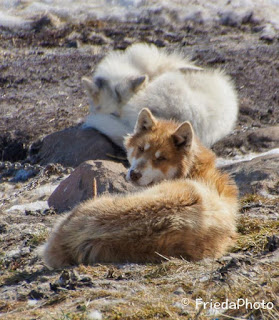 Sisimiut is the second largest city after the capital Nuuk. It is an important modern business centre with different kind of schools, colleges and special administrations. Sisimiut tries always to be a bit in concurrence to Nuuk. Even though it is still much more smaller than Nuuk, the city has a very special charm. Only the old apartment blocks, built in the 1960s, when Denmark tried to get enough healthy living room for all Greenlanders in a very short time, look a bit strange in this modern city. But where in the world can you not find these architectural mistakes?! Anyway, we will focus on the colourful colonial and newer buildings which look very attractive all over the city. 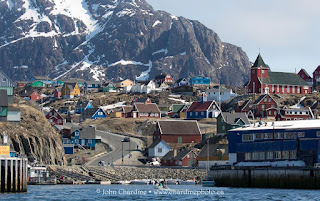 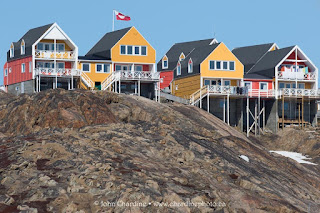 Our day here in Sisimiut has been sunny but very, cold for this time of year. With temperatures of only 0.7 degree Celsius in the shade and a bit of wind it was downright chilly. It even snowed in the morning! 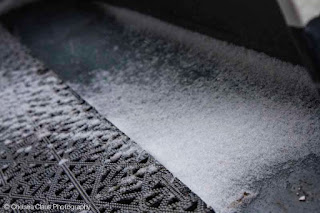 As a result we had to be dressed warmly to be ready for our different excursions. We had 7 hours time to learn the city and its surroundings by climbing on a high mountain, the so-called Palaasip Qaqqa, sailing with little local boats to a small abandoned settlement, Assaqutaq, or to go on a very informative bus tour with several stops, including a dog yard. 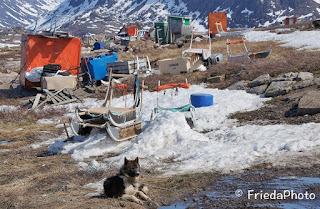 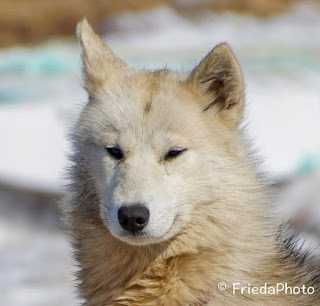 In Assaqutaq it has been especially nice to see so many birds- Snow Buntings and Lapland Buntings flying around. It looked like that they were absolutely happy that the spring came finally. They were singing and fluttering around all over in the settlement. Love was in the air! 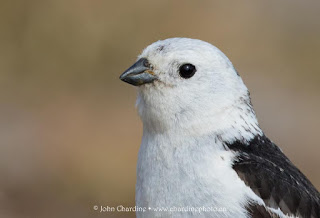 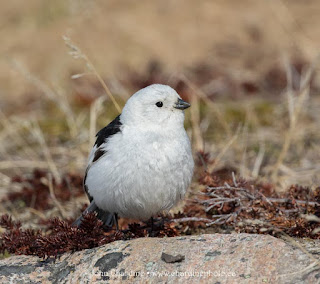 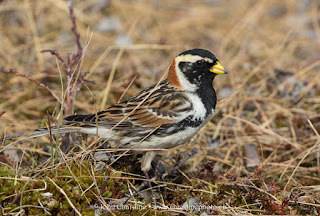 As mentioned in a previous post on Assaqutaq, the abandoned settlement is now used as a camp for young Greenlanders. We were lucky that several delightful children were still in the camp and keen to chat with us and be photographed. These are the faces of the new Greenland- bright, clever, modern and optimistic! 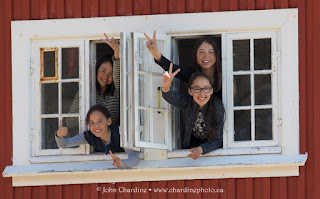 Before we left Sisimiut we got like always when FRAM is in town an amazing kayak show. Nobody from us understood how it can be possible to do so many kayak rolls in a row, especially in this very cold and still winter temperatures in the sea.

Our first expedition day went out as a day full of new impressions. We will need a while to work on them, to get them all in our brain.

Email ThisBlogThis!Share to TwitterShare to FacebookShare to Pinterest
Photograph(s) by: Chelsea Claus, FriedaPhoto, John Chardine
Newer Post Older Post Home
Welcome to MV FRAM's Expedition Blog!
MV FRAM is the most modern expedition cruise vessel belonging to the Hurtigruten fleet, roaming polar waters and taking people to remote places where only few go. In order to give you the chance to travel with us, even if only on your computer screen, we have created this blog. Here you can see what we have seen and read what we have done.
And, maybe you will be onboard with us one day!
All About MV FRAM - here
FOLLOW US ON FACEBOOK !