The Fram becomes an icebreaker today!

At about 04:00h this morning we reached the ice edge on our way to Uummannaq, a small island south of where we were yesterday. Ice charts that we had studied showed a large amount of sea ice in the area and we were quite unsure if we would be able to penetrate it and make Uummannaq. As it turned out the ice was single-year ice from last winter and it was "rotten". "Rotten" ice is water-logged and on its way to becoming water. This softer ice allowed us to break 10 nautical miles of the stuff, even though the Fram is not an ice breaker! 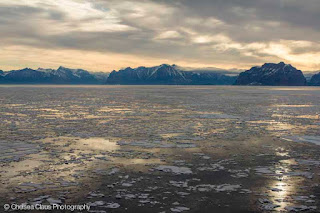 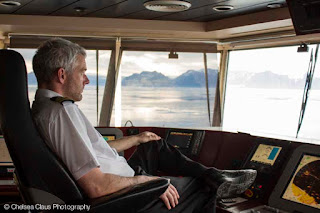 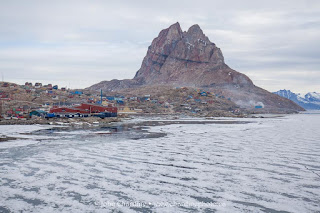 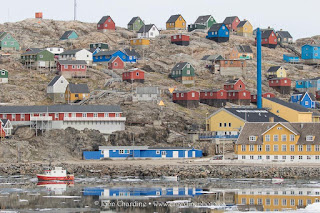 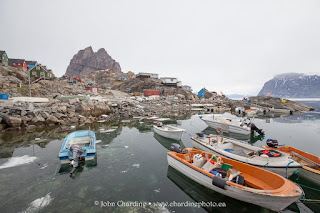 Conditions continued to be calm today. We arrived at Uummannaq at around 0700h to a beautiful morning, and spent the next hour using Fram's bow thrusters to spin the ship around and break up the ice off the harbour. This made enough open water to allow our Polarcirkel boats to make the trip from the boat to shore. At 09:00h we landed and had most of the day to explore the very interesting town of Uummannaq. 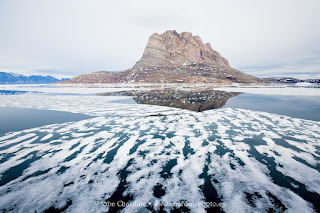 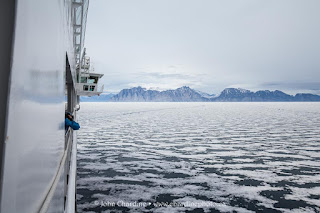 Almost everywhere you looked the giant mountain behind the town, itself called Uummannaq dominated the scene. In the morning we explored the museum, colonial buildings, and turf houses in the centre of town. After lunch, some of us went for a hike along the Uummannaq mountain in the direction of Santa's hut. Santa's hut was built for a children's TV show in Denmark and is known by all kids over there. For us the hut was only the aim. The walk itself was more important for us. The view over the sea with all the icebergs and the just flowering vegetation will be unforgettable for us. 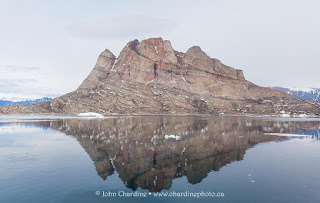 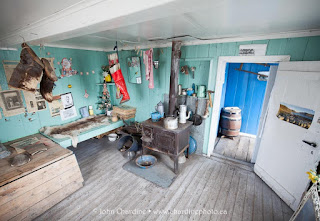 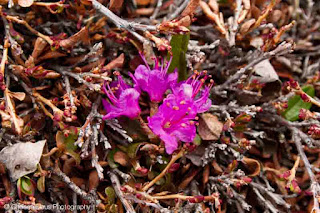 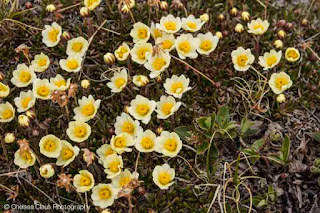 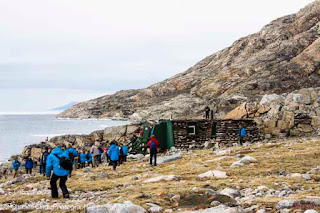 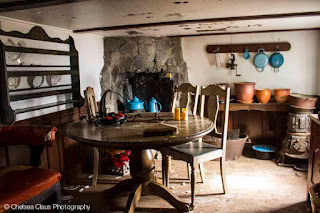 Others made an ice cruise in one of our new, large Polarcirkel boats. During that trip we came close to Qilakitsoq, where in 1972, two Greenlandic hunters discovered several mummified bodies "buried" in a small cave. We felt sorry, but the frozen little bay in front of Qilakitsok did not give us the chance for a landing. But we got a very good view over the area where Inuits were living since the Saqqaq culture. Dating of the mummies showed that they were placed in the cave in the early 1400s! The mummies were beautifully preserved and have been much studied. The grown-up women had tattooed faces (as shown by infra-red photography) and their clothing gave a very accurate view of Inuit people wore back then. The mummies have been conserved by museum specialists and can be found in the fabulous National Museum in the capital Nuuk. 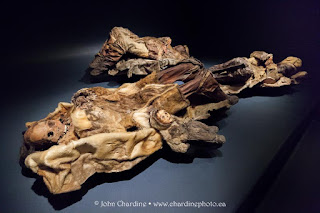 Finally, from the night before here are a few images from our famous ice and fruit carving show. There's a lot of pride in those faces! 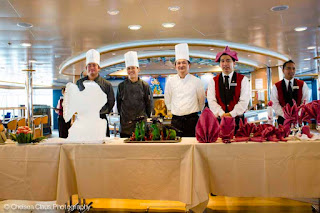 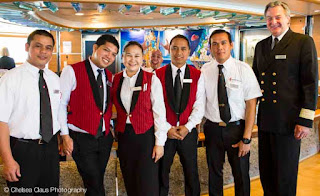