In the morning we reached Port Stanley, where we spent nearly the whole day. The day started with rain, but it became better in the late morning and in the afternoon the sun was shining out of a clear blue sky again.

All passengers had made their own program for the day. Some went for a nice nature walk to Gypsi Cove. As we had low tide, we could watch a lot of birds like the Two Banded Plover, Upland Geese, Kelp Geese, White-rumped Sandpipers and different kind of ducks. Even two Sea Lions could be seen on a rock next to the coastline. 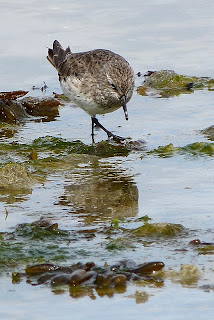 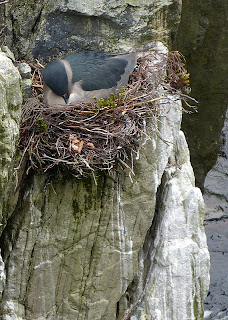 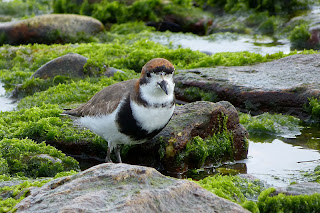 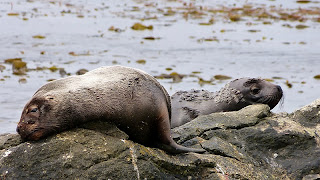 The heather was flowering and some of us even tried the Scurvy Grass, which was an important plant during the whaling time, because of the high concentration of vitamin C. 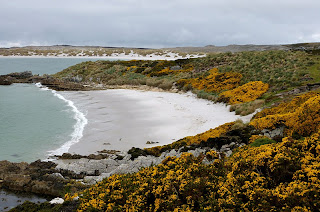 Other passengers joined a city tour through Stanley, where they got a lot of information about the city´s history. The Falkland Islands have been very important during the gold rush in California.  As long as the Panama Cannel has not been opened, all ships had to go around Cape Hoorn. In Port Stanley they had the last possibility to repair the boat or to bunker fresh food.  Of course the guide has spoken about the Falkland War too. This time is still present in the mind of all people living on the Falkland Islands.

Many passengers went on a very spectacular trip to Bluff Cove to visit the Gentoo Penguin colony and a very small colony of King Penguins. Alone the drive with the four wheelers has been more than exiting. Coffee, tea and cake made this trip especially sweat. 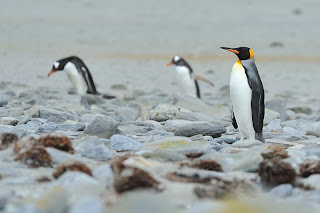 The evening ended with the very well-known FRAM fashion show.

Email ThisBlogThis!Share to TwitterShare to FacebookShare to Pinterest
Photograph(s) by: Friederike Bronny, Marsel van Oosten
Newer Post Older Post Home
Welcome to MV FRAM's Expedition Blog!
MV FRAM is the most modern expedition cruise vessel belonging to the Hurtigruten fleet, roaming polar waters and taking people to remote places where only few go. In order to give you the chance to travel with us, even if only on your computer screen, we have created this blog. Here you can see what we have seen and read what we have done.
And, maybe you will be onboard with us one day!
All About MV FRAM - here
FOLLOW US ON FACEBOOK !