Once in a blue moon

Our title for this blog describes the weather we had today- our first in Antarctica. From morning till night is was calm. The weather in Antarctica could be described as “energetic” and the wind almost always blows, sometimes ferociously. But today not! We also had sun and intermittent bright overcast conditions which made for great photographic opportunities.


Our first landing in Antarctica was Yankee Harbour, Greenwich Island, which we approached in the early morning. There we found the harbour frozen in from last winter’s ice- an unusual condition for those on board who had been coming to this place for the past 15 years or more. However, the ice conditions did not affect our landing because we were able to bring the Polarcikel boats to shore at a point towards the tip of the gravel spit. At "Yankee" we found Gentoo Penguins, which had already begun to lay eggs, skuas, also on eggs, and a few Weddell and Elephant Seals. There were many smiles on people’s faces when they returned to the ship for lunch. 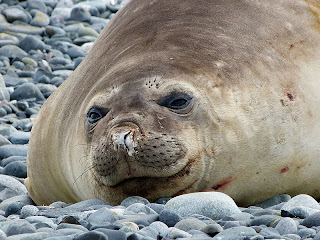 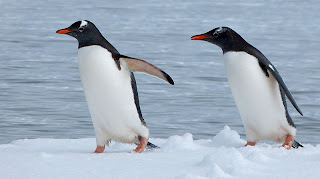 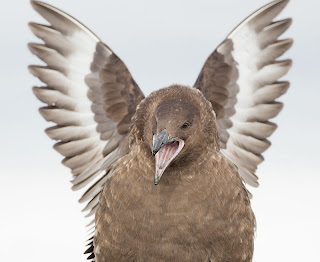 During lunch the Captain repositioned the Fram to Half Moon Island just a short distance to the southwest. Half Moon is home to a wide variety of breeding birds including Blue-eyed Shags, Wilson’s Storm-Petrels, Antarctic Terns, Snowy Sheathbills, Kelp Gulls and of course you can’t forget the large colony of Chinstrap Penguins. The sun came out on several occasions and lit the stunningly beautiful north coast of Livingston Island. Many Half Moon rocks were uncrusted with Caloplaca and other lichens. Our smiles were double-sized coming back to the ship this time! What a (first) day in Antarctica! 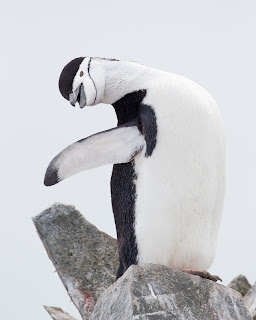 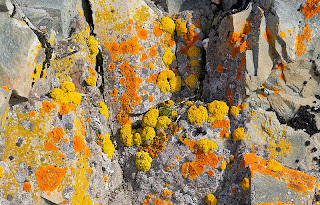 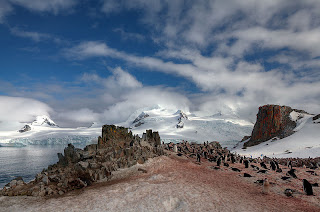 Email ThisBlogThis!Share to TwitterShare to FacebookShare to Pinterest
Photograph(s) by: Friederike Bronny, John Chardine
Newer Post Older Post Home
Welcome to MV FRAM's Expedition Blog!
MV FRAM is the most modern expedition cruise vessel belonging to the Hurtigruten fleet, roaming polar waters and taking people to remote places where only few go. In order to give you the chance to travel with us, even if only on your computer screen, we have created this blog. Here you can see what we have seen and read what we have done.
And, maybe you will be onboard with us one day!
All About MV FRAM - here
FOLLOW US ON FACEBOOK !