We were there today, paradise that is. And the name of the place is Carcass Island, West Falklands. Not the sort of name that would conjure up thoughts of paradise but believe us, it was just that. First the name of the island: it was named after a surveying ship, the HMS Carcass. HMS Jason, which accompanied Carcass gave its name to the famous Jason Islands in the extreme northwest of West Falkland. 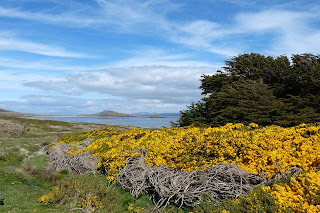 Carcass Island is rat-free, that is to say no rats live there. This means that the wildlife, especially small birds have a much easier time of it. The Falklands-endemic Cobb's Wren lives only on rat-free islands and we were lucky enough to see this bird today. 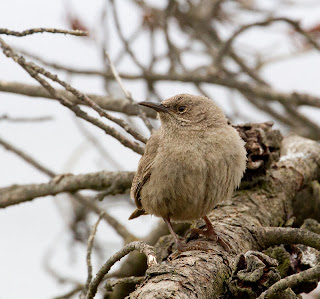 The island is covered in geese- Kelp, Upland and Ruddy-headed, and is crawling with Tussock Birds, otherwise known as Blackish Cinclodes and Long-tailed Meadowlarks. Also very common were the Johnny Rooks, AKA Striated Caracara. Look up and we saw Turkey Vultures flying overhead or perched lower down on fences and even sand dunes, look down and several beautiful wildflowers peered up at us. 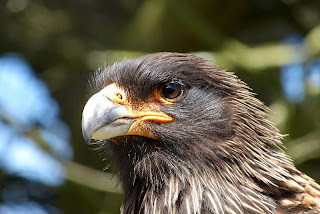 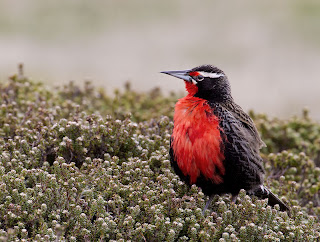 We went on two long hikes on the island, one to Leopard Cove and the other to Northwest Point. Leopard Cove is a spectacular white sand beach backed by sand dunes. Behind the dunes, both Magellanic and Gentoo Penguins nested. Down on the beach penguins were swimming in, drying off, and resting. The other, longer hike went to Northwest Cove to see Elephant Seals hauled out on the beach. 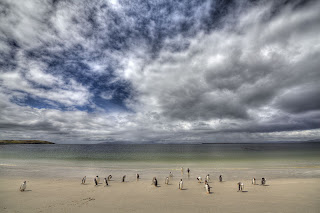 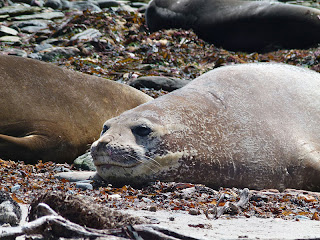 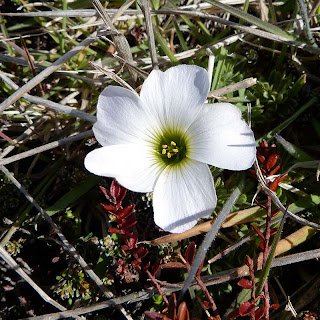 All of us had the privilege of meeting McGills who own Carcass Island. Mrs. McGill and her staff put on a fantastic Falklands Tea for us in their house with all sorts of cakes and biscuits, tea and coffee. A favourite was the scones, jam and cream! 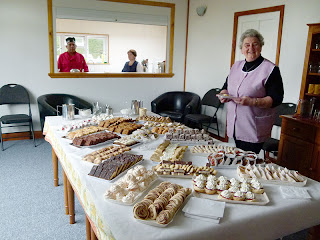 And through all this we had great weather except for a tiny bit of spitting rain in the morning. Well, what a day in paradise!

Email ThisBlogThis!Share to TwitterShare to FacebookShare to Pinterest
Photograph(s) by: Friederike Bronny, John Chardine
Newer Post Older Post Home
Welcome to MV FRAM's Expedition Blog!
MV FRAM is the most modern expedition cruise vessel belonging to the Hurtigruten fleet, roaming polar waters and taking people to remote places where only few go. In order to give you the chance to travel with us, even if only on your computer screen, we have created this blog. Here you can see what we have seen and read what we have done.
And, maybe you will be onboard with us one day!
All About MV FRAM - here
FOLLOW US ON FACEBOOK !