In the morning we entered the wonderful Antarctic Sound. This piece of sea is well known for its magnificent tabular icebergs and we were certainly spoiled with incredible views of these ice towers.  The weather was perfect, and the Captain took us for a little ride around one of these. The iceberg itself was taller than our ship, and it took approximately 22 minutes to navigate around it. Important to remember that most of an iceberg's mass lies beneath the waves. We spent the rest of the morning taking in the beautiful scenery as we gently cruised along to our landing site. Getting a better look of these ice giants 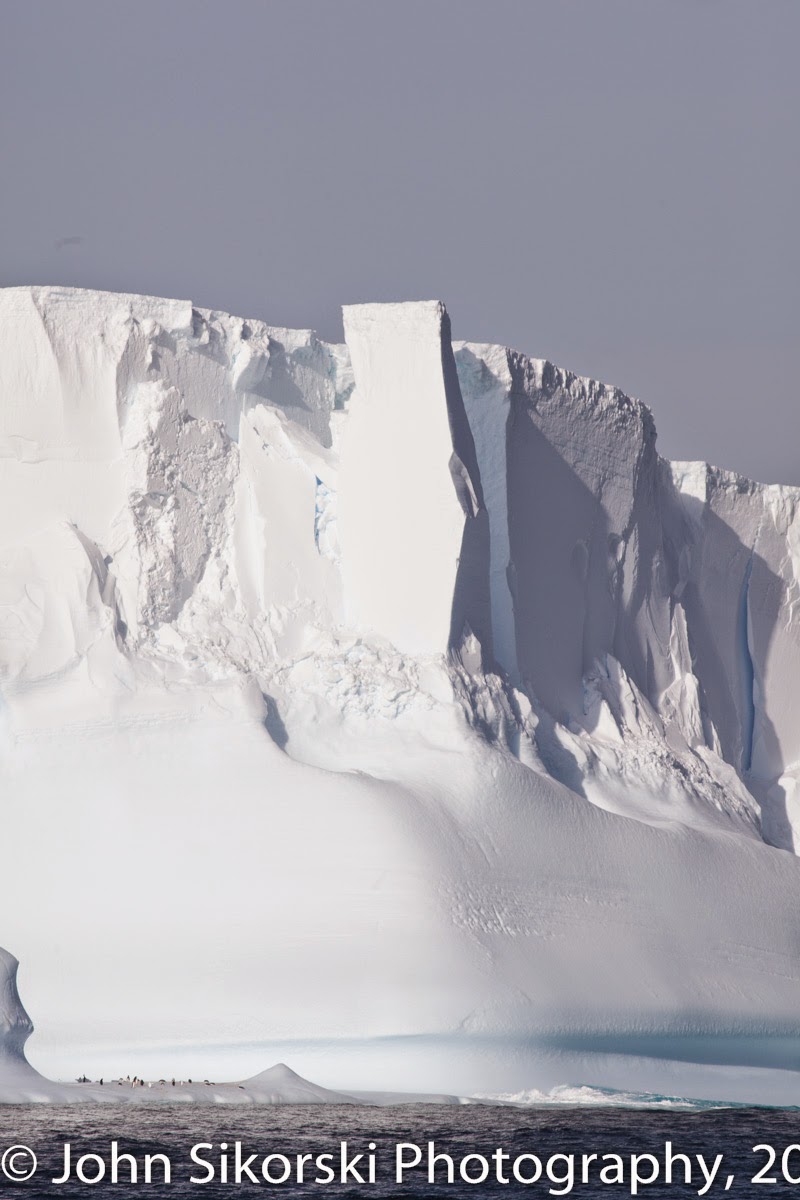 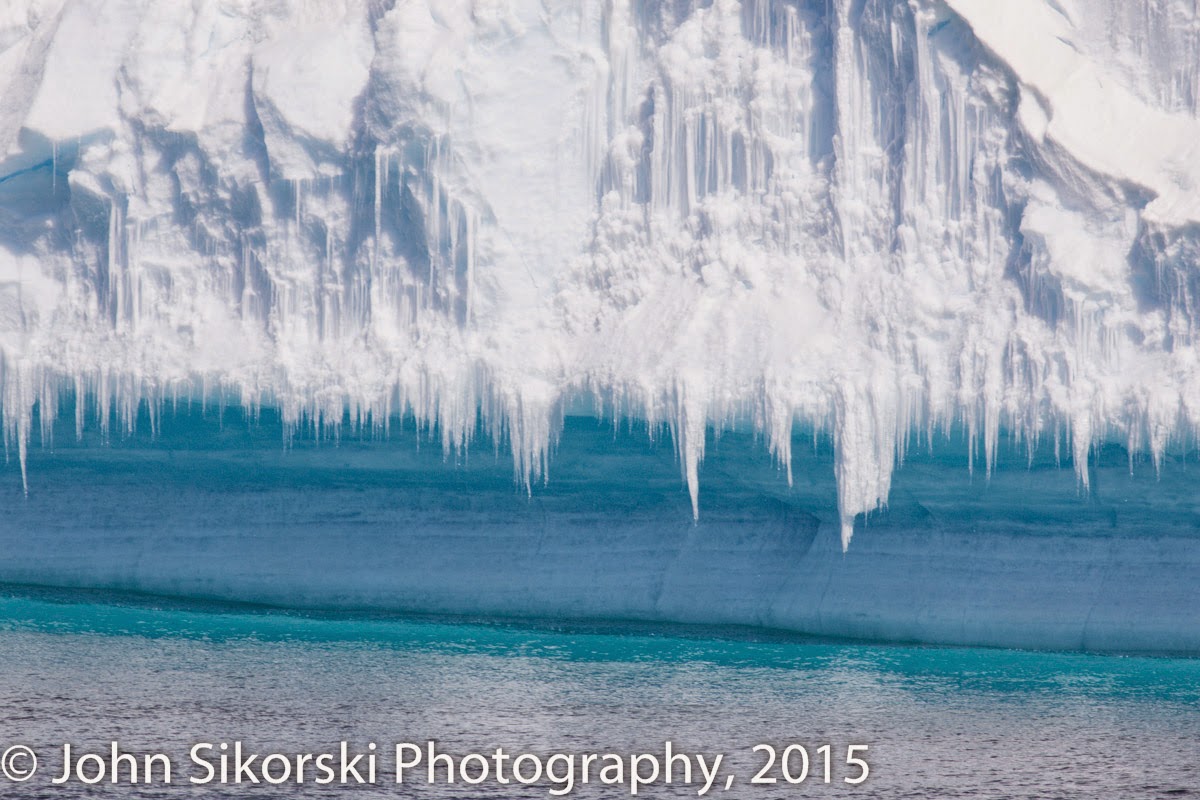 Shortly after lunch we arrived at our destination: Brown Bluff. This was our first continental landing. Approaching the shoreline by Polar Cirkle boats our senses were heightened: the sublime views and unmistakable smell and sounds from the penguin rookeries ! 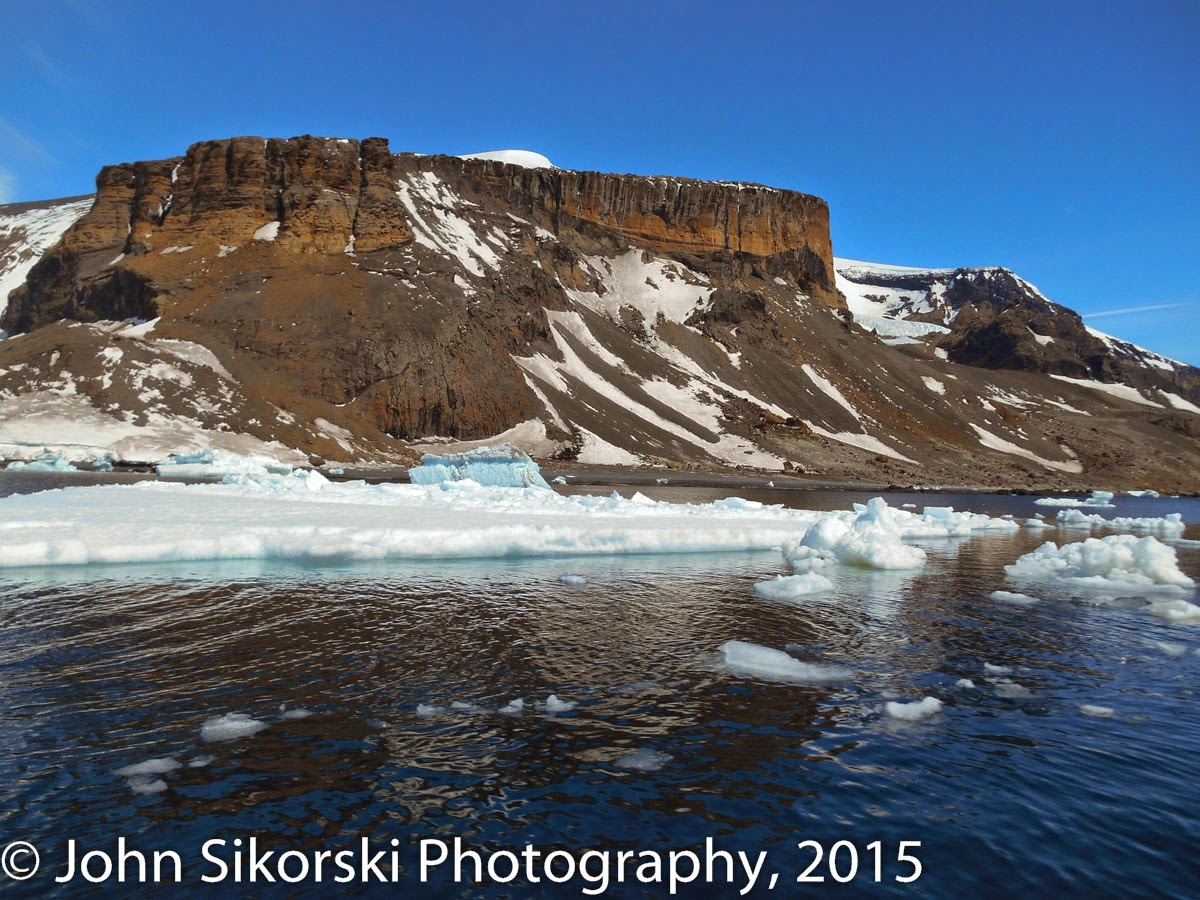 At this site many Gentoo and Adelie penguins nest. Their young hatched a few weeks ago and it was great to see the little balls of down. The sun was extremely strong, and we could see many of the Adelie chicks laying flat on the ground - as moving too much would mean overheating. Kelp Gulls were also nesting among the penguins, vigorously defending their territory from wandering penguins.

We walked up a short but steep moraine. From here we were treated to breathtaking views of the surrounding glacier system. It was incredible to think that travelling across these glaciers could eventually lead us to the South Pole ! 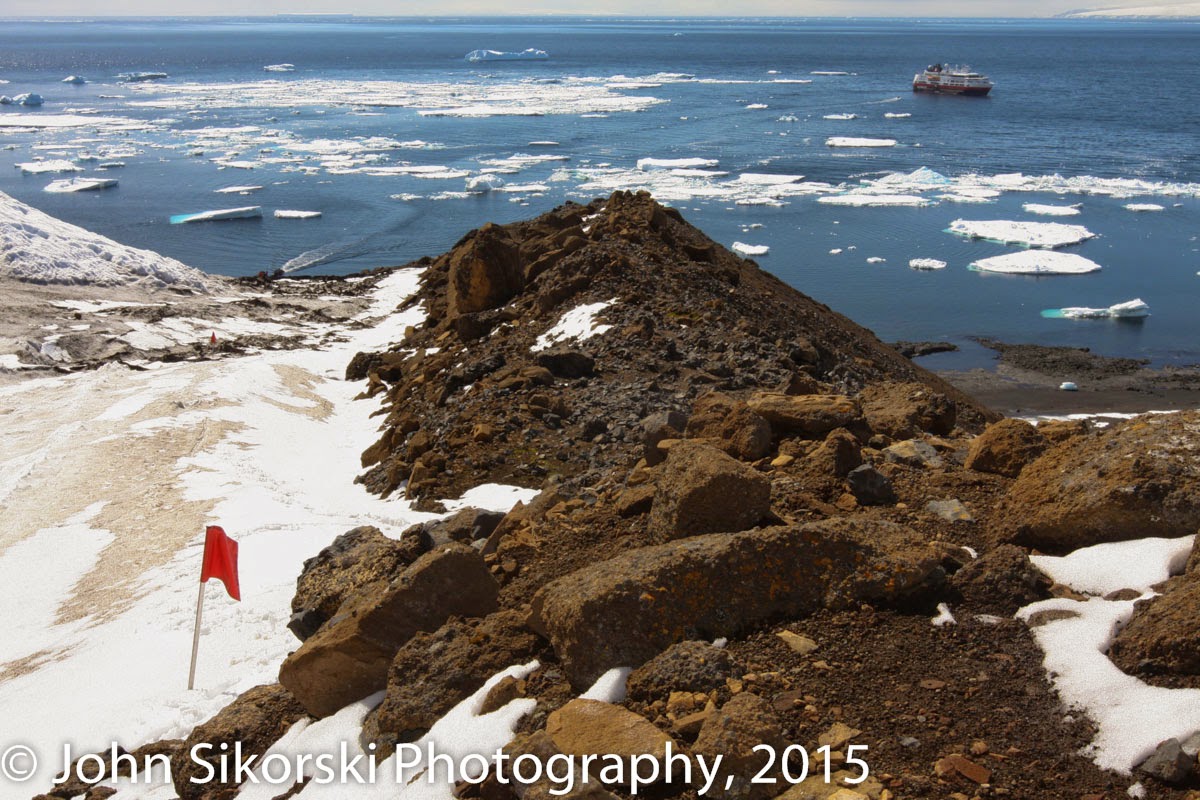 Hiking up the morraine at Brown Bluff 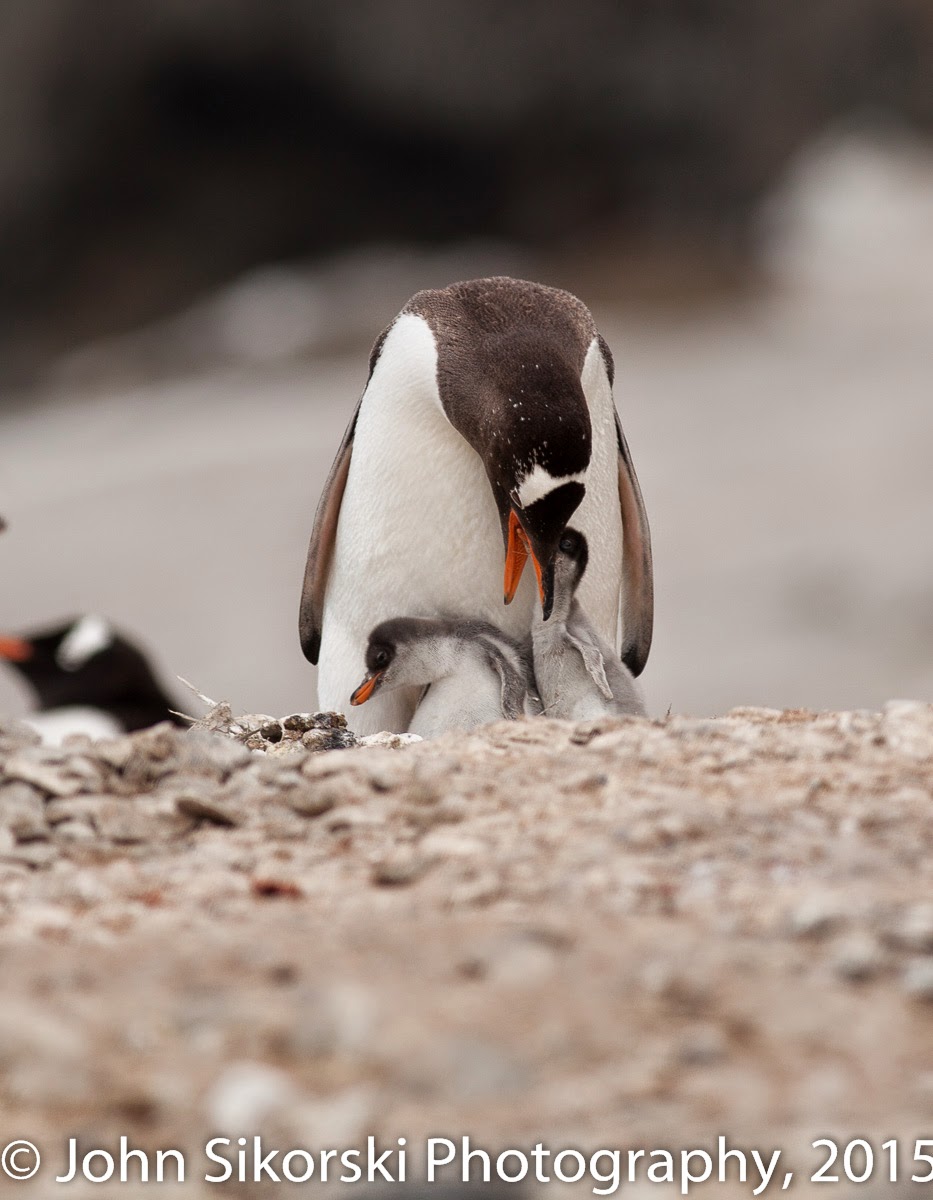 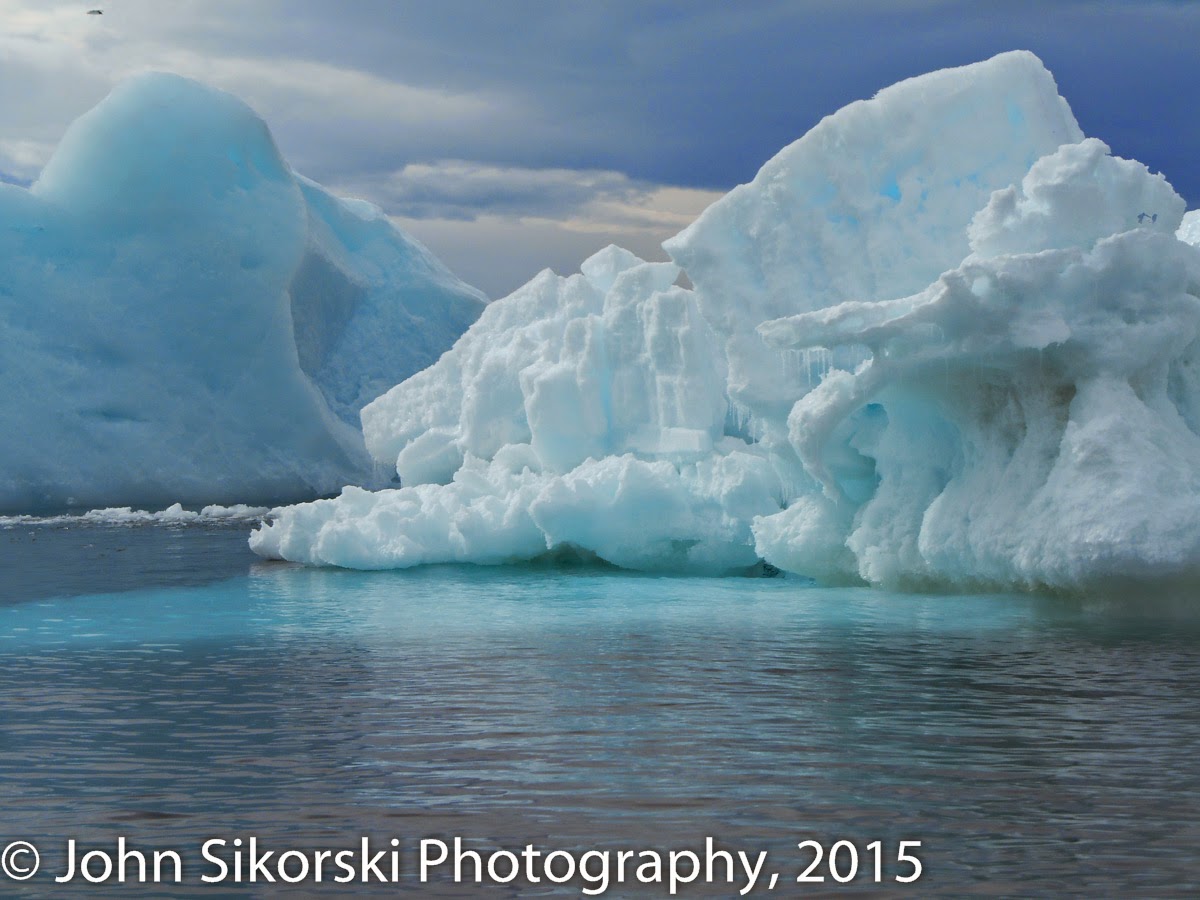