Another perfect day in the “White Paradise”! Again we had good weather: cloudy but sunshine in between, temperature above zero and a gentle breeze. The sunshine and the clouds with their shadows were painting a picture in blue, white and dark in the landscape of mountains, glaciers and the sea. 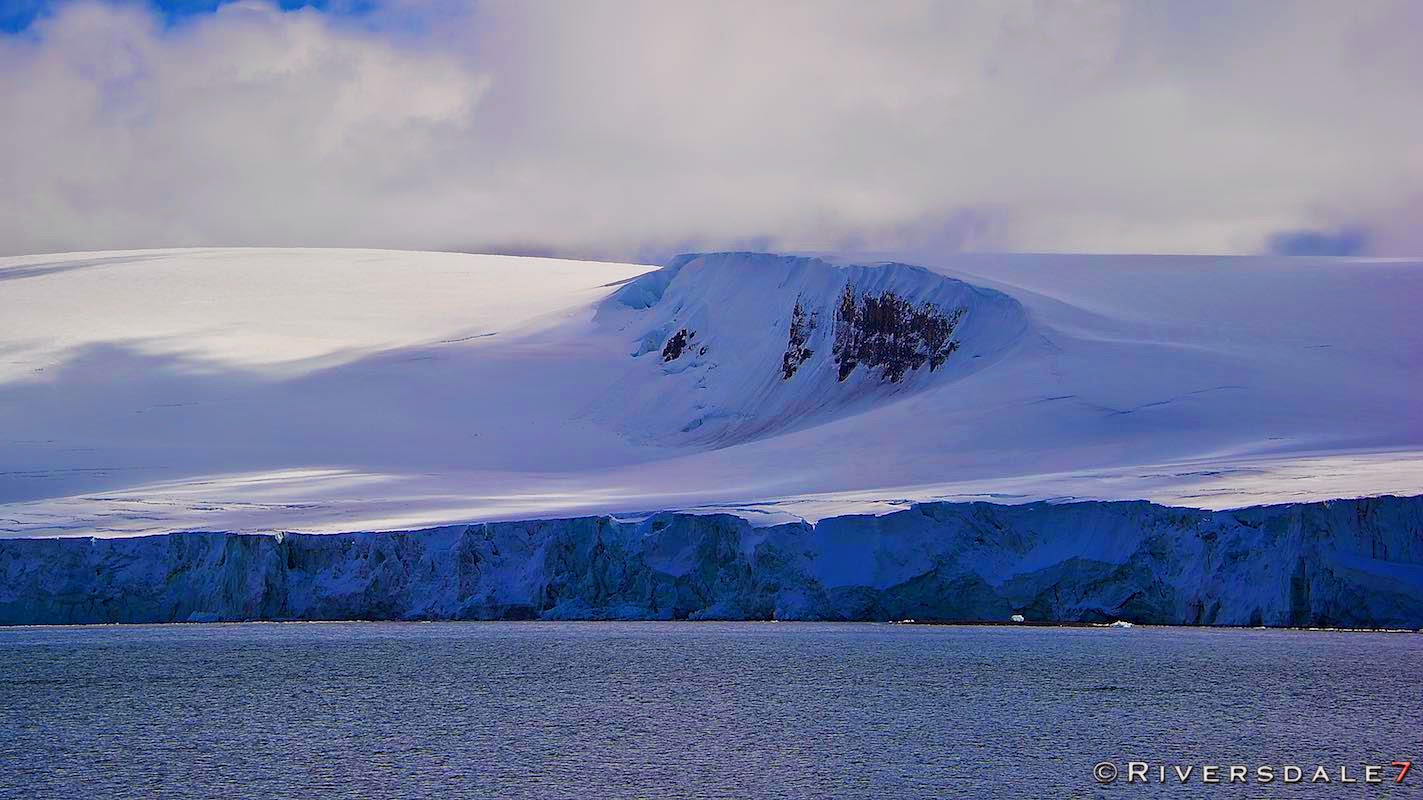 
We started our operations at Yankee harbor at nine in the morning. Yankee Harbour is situated at the southern coast of Greenwich Island, an island of the South Shetland Islands west of the Antarctic Peninsula. Yankee Harbour is a natural harbor in a well sheltered bay build up by a long spit of gravel. The bay was discovered by the American Nathaniel Palmer in 1820  and was used by American sealers afterward during the early nineteenth century. A trypot as a relic of this period is to see near the landing site. Trypots were used in the early days to boil oil out of the skins of whales, seals and even penguins. We visited a Gentoo penguin colony of about 4000 breeding pairs scattered around the beach area. Some went to the end of the spit to look for young male elephant seals, hauling out there. But most of our passengers took the opportunity to see and to photograph them during the boat ride back to the ship. At ten a group of kayakers  arrived at the landing site to start their kayak tour around the bay passing by the glacier front on the other side of the bay. The landing ended at 13.30. 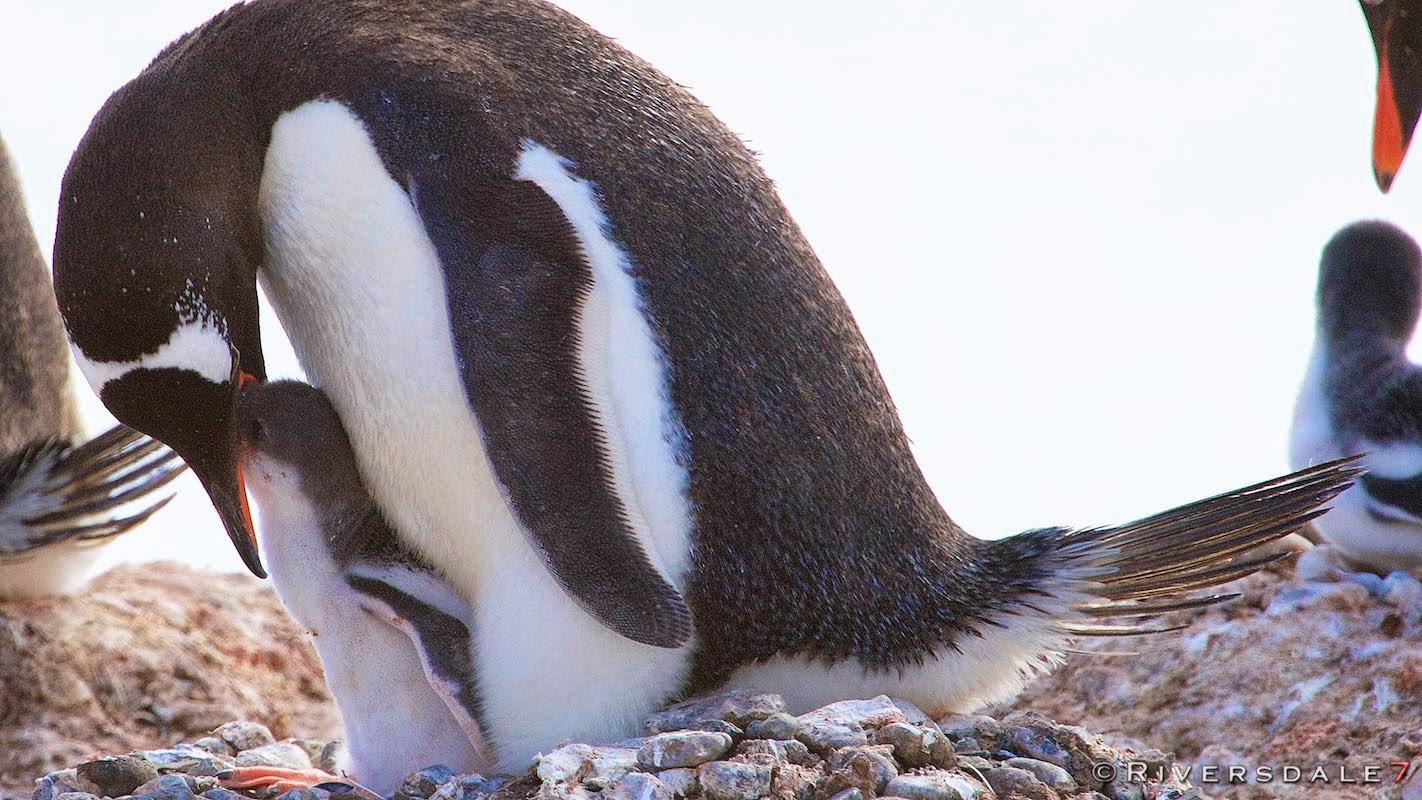 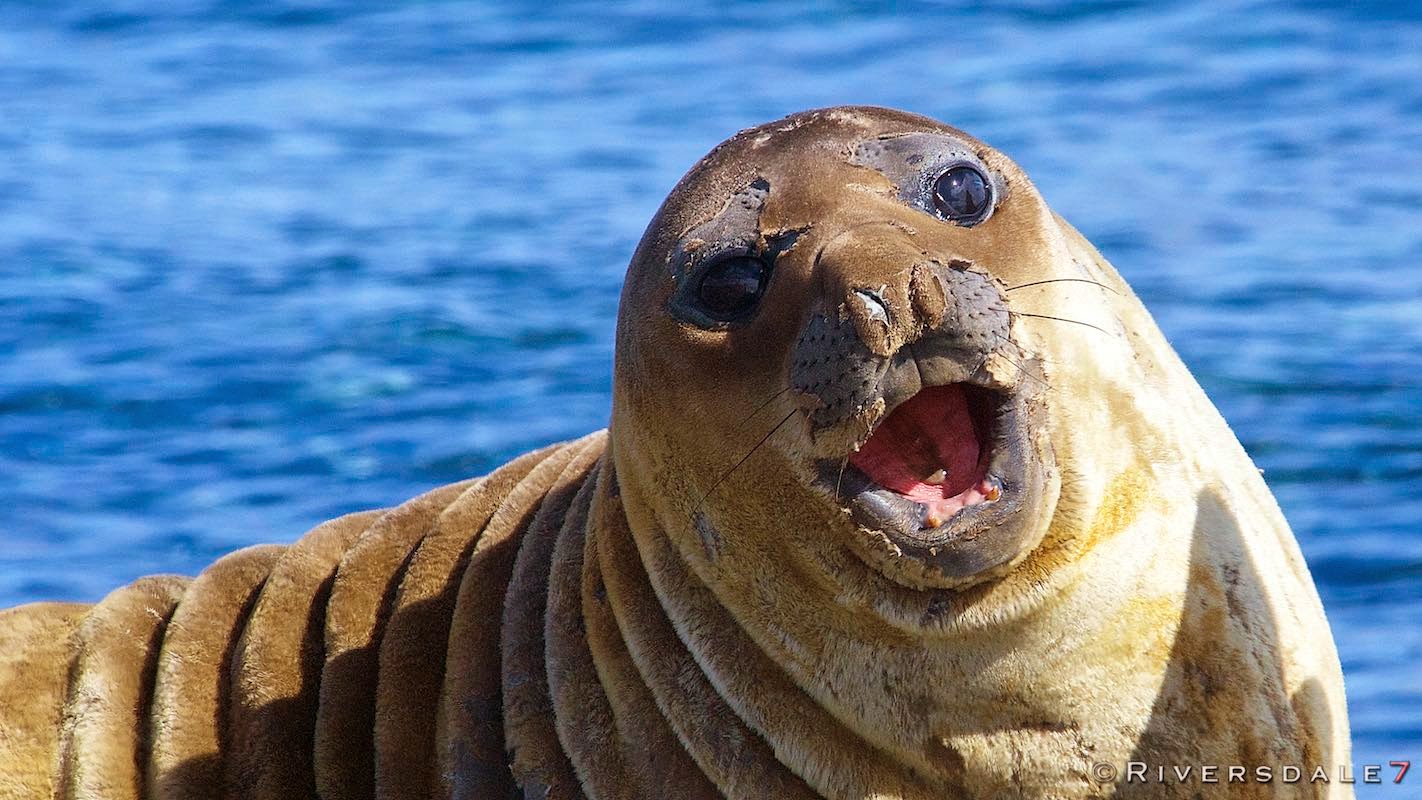 During Dinner we sailed over to the nearby Half Moon Island. The small Island got its name after its shape as it forms an open circle. The diameter is only 2 km long. The Island lies in a bay in the northern part of Livingston Island. Since 1953 there is an Argentine research station on the island. The island is famous for its small (around 3000 breeding pairs) but very nice chinstrap colony, distributed over rocky hills on the western side of the Island. We started our landing at 15.30. Most of us preferred to visit the chinstrap colony. There were still breeding pairs with eggs. But most of the pairs had chicks ranging in age from tiny only a few days to bigger chicks about 3 weeks old. Some went down to the gravel beach to see Weddell Seals. A group of passengers started a 2 hours boat cruising around the Island passing by the impressive glacier front of Livingston Island. Later also a group of kayakers made a similar tour around the island. Our landing ended at 19.30. 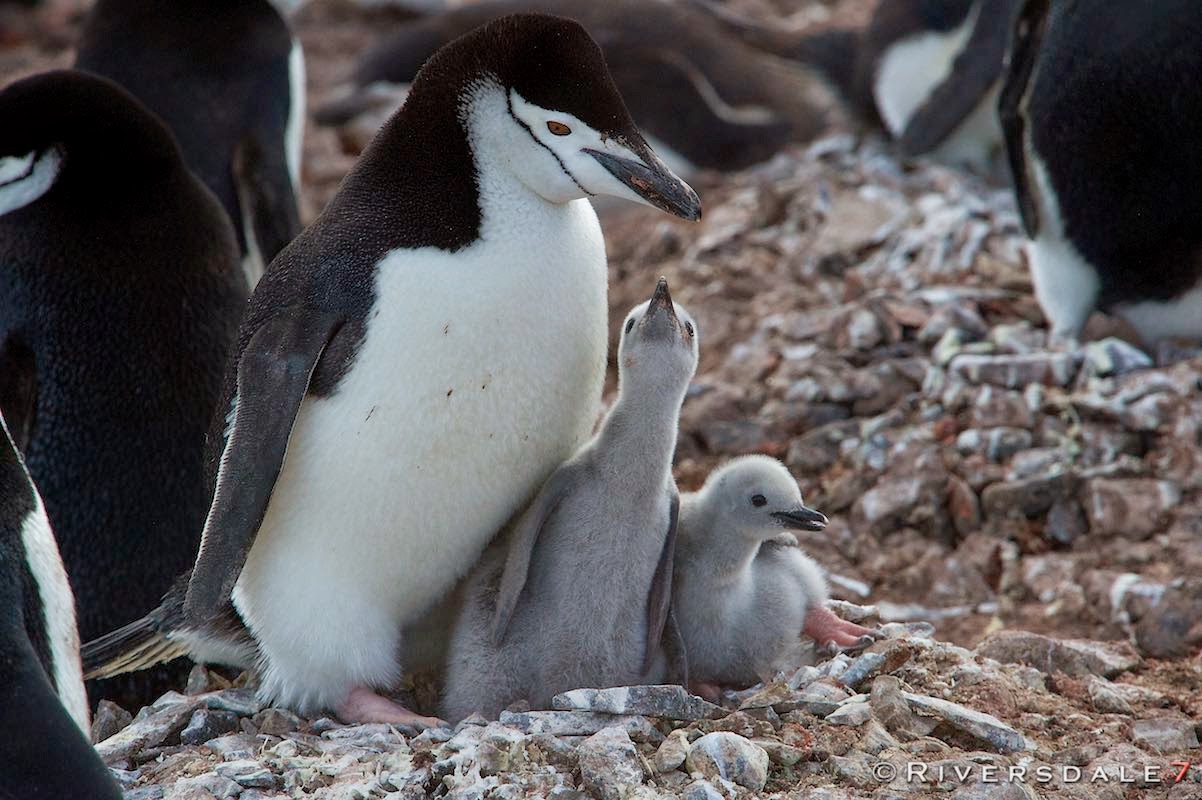 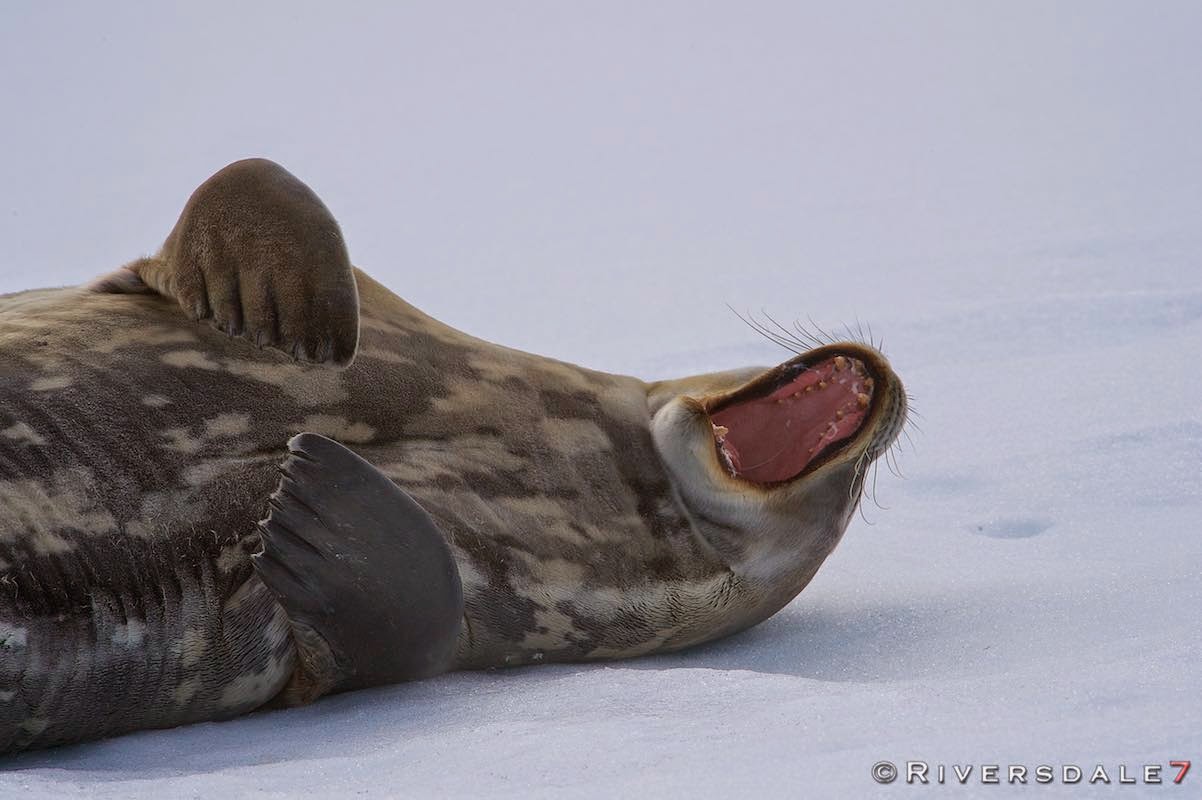 Weddell seal at Half Moon Island