This Monday morning started as usual the last days: air temperature about  zero, cloudy to overcast and nearly no wind. But after some time the weather changed into a typical Antarctic one: completely overcast with deep clouds hiding the surrounding mountains and it started a slight snowfall which lasted during the whole day. We started our landing at Port Lockroy at about 8. 30.

Port Lockroy is a former British research station which was turned into an Antarctic  Historical Monument. First it was established as Base B during the British operation Taberin  at the end of World War II in 1944. It was changed into a research station in 1952 and was abandoned in 1962. In 1996 it was restored and is now the most visited historical site in the Antarctic. It lies on the tiny Goudier Island and the surrounding of the buildings is occupied by Gentoo Penguins and turned into a small rookery. 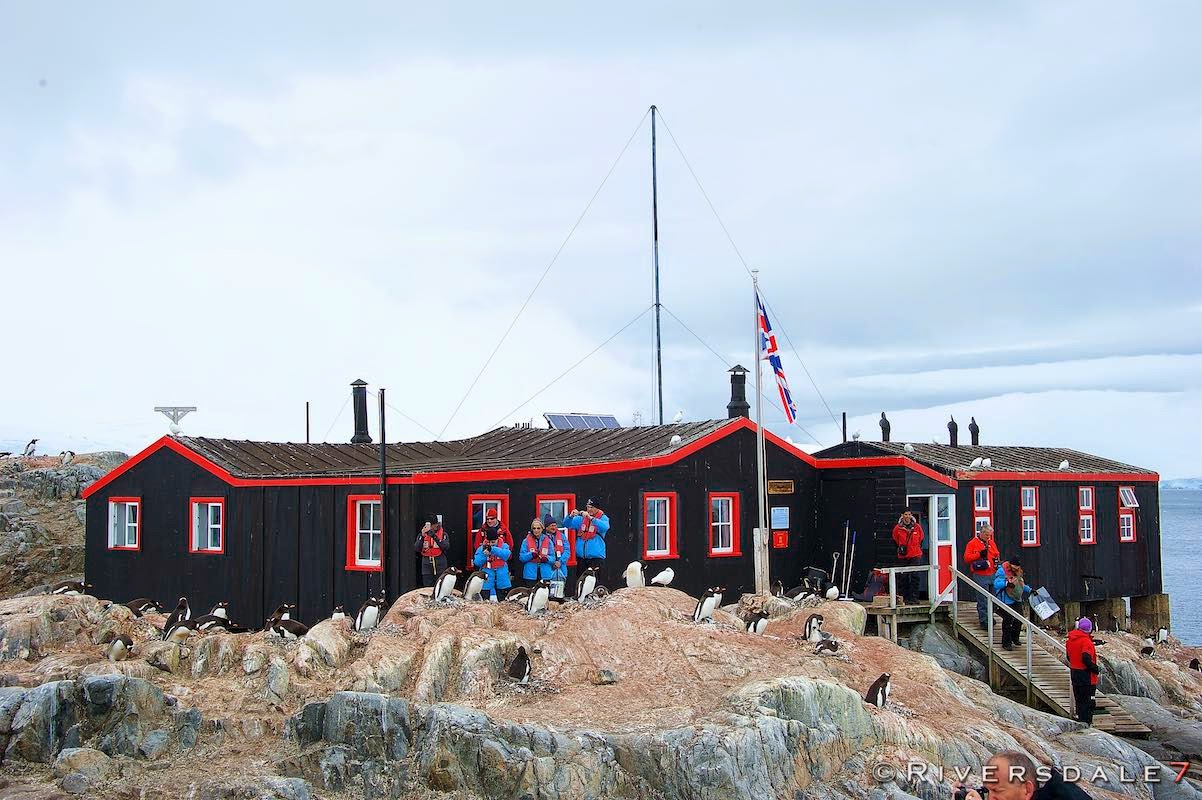 Only a small group of persons is allowed to be on the Island and just 35 persons can be at one time in the museum. There we could admire the old research instruments and got an inside in the living conditions in this old research station. But the most interesting room in the museum was the museum shop and most of us used the short time for “power shopping” or writing post cards. The waiting time could be used for taking photos of the Gentoo penguins and their chicks. 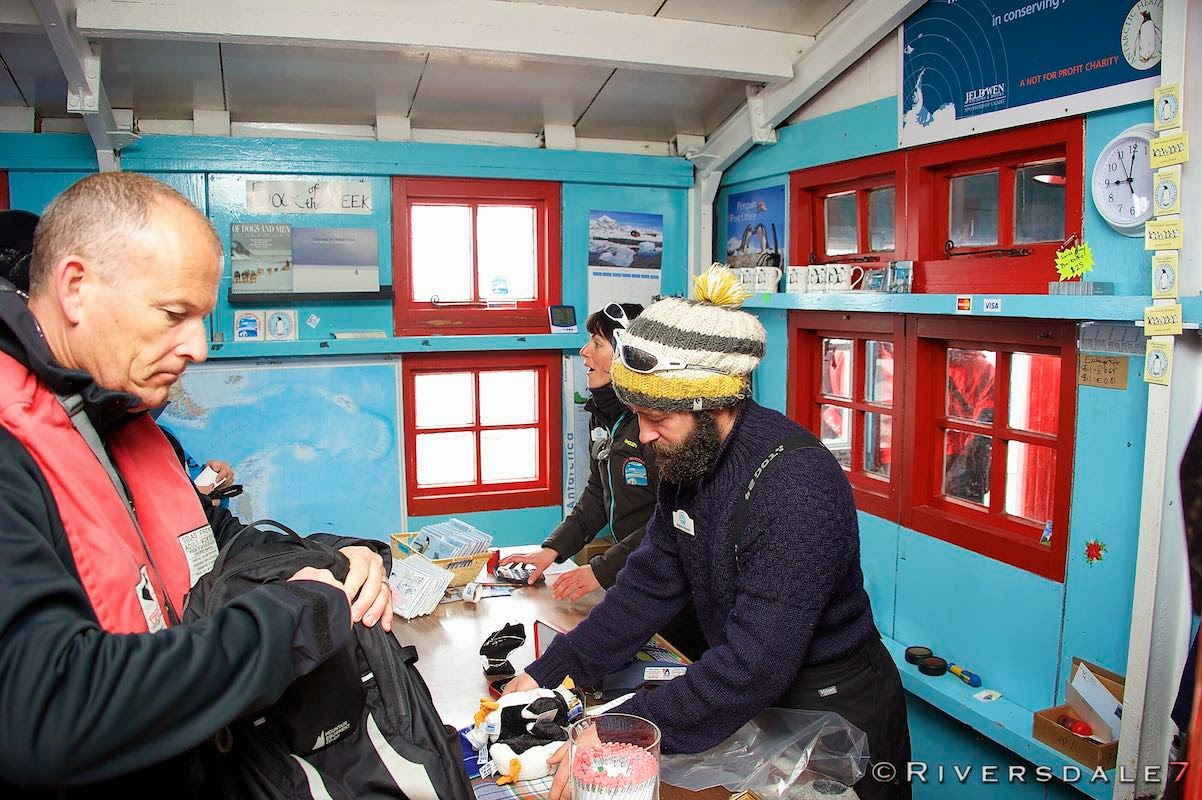 Shopping at the museum shop in Port Lockroy 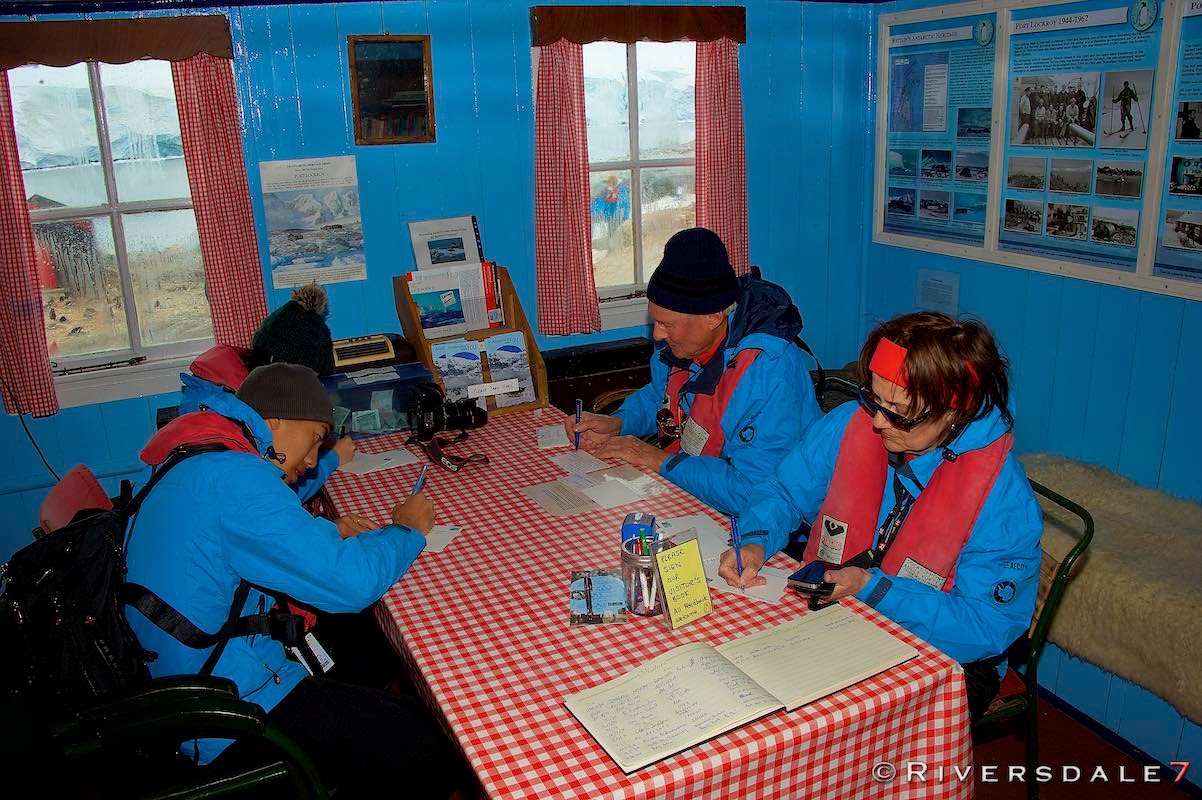 After lunch we sailed through the scenic Lemaire channel. It  was an extraordinary experience to sail through it under this typical Antarctic condition and not in  the often seen pictures in brilliant sunshine.


At the southern end we had a short but very impressive boat cruising for everybody. We curved around lots of stranded big icebergs in white and blue colours. We fought through crashed Glacier ice and relics of the winter sea ice. All this took place in the fairy and mysterious  scenery produced by the overcast sky and the continuous snowfall. But the most impressive experience were the sighting of two  leopard seals lying separated on  small ice flows. Sometimes the opened their mouth and showed us their powerful  jaws.

At 21.30 the campers set out to Petermann Island to have an overnight in tents. 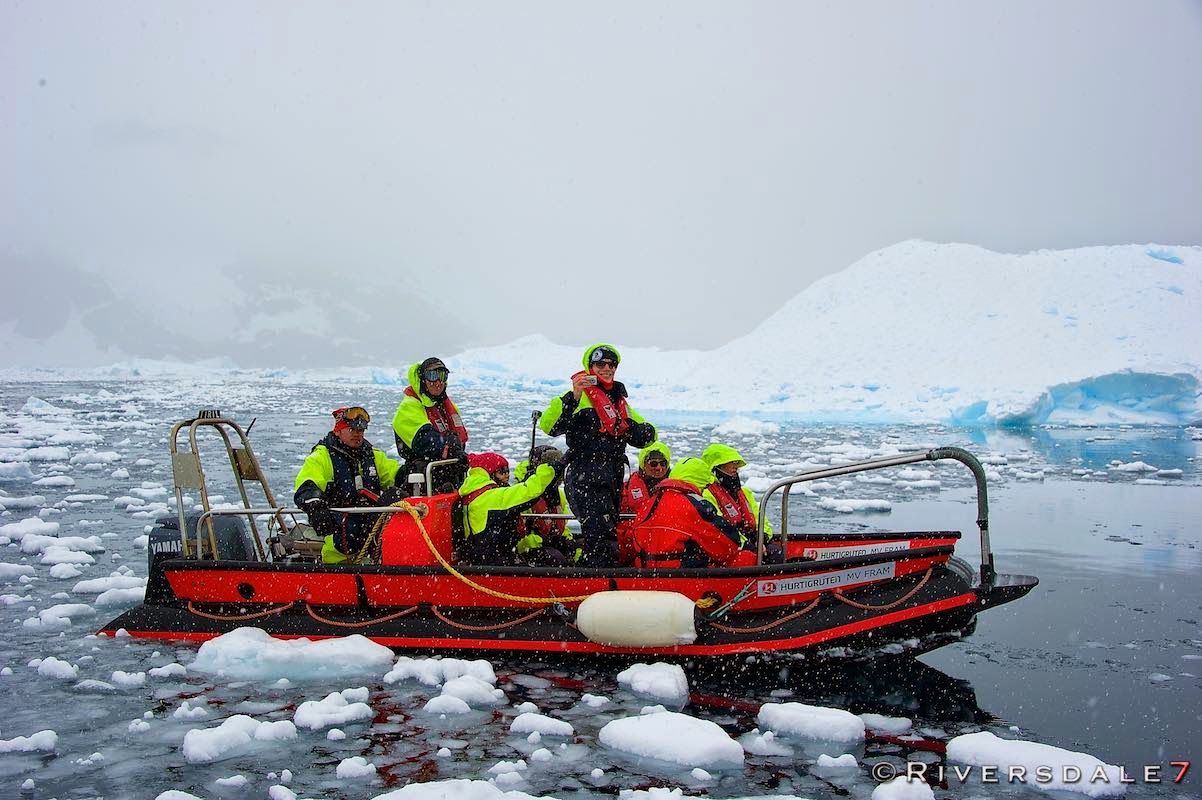 Cruising in the ice (Southern Entrance of Lemaire Channel) 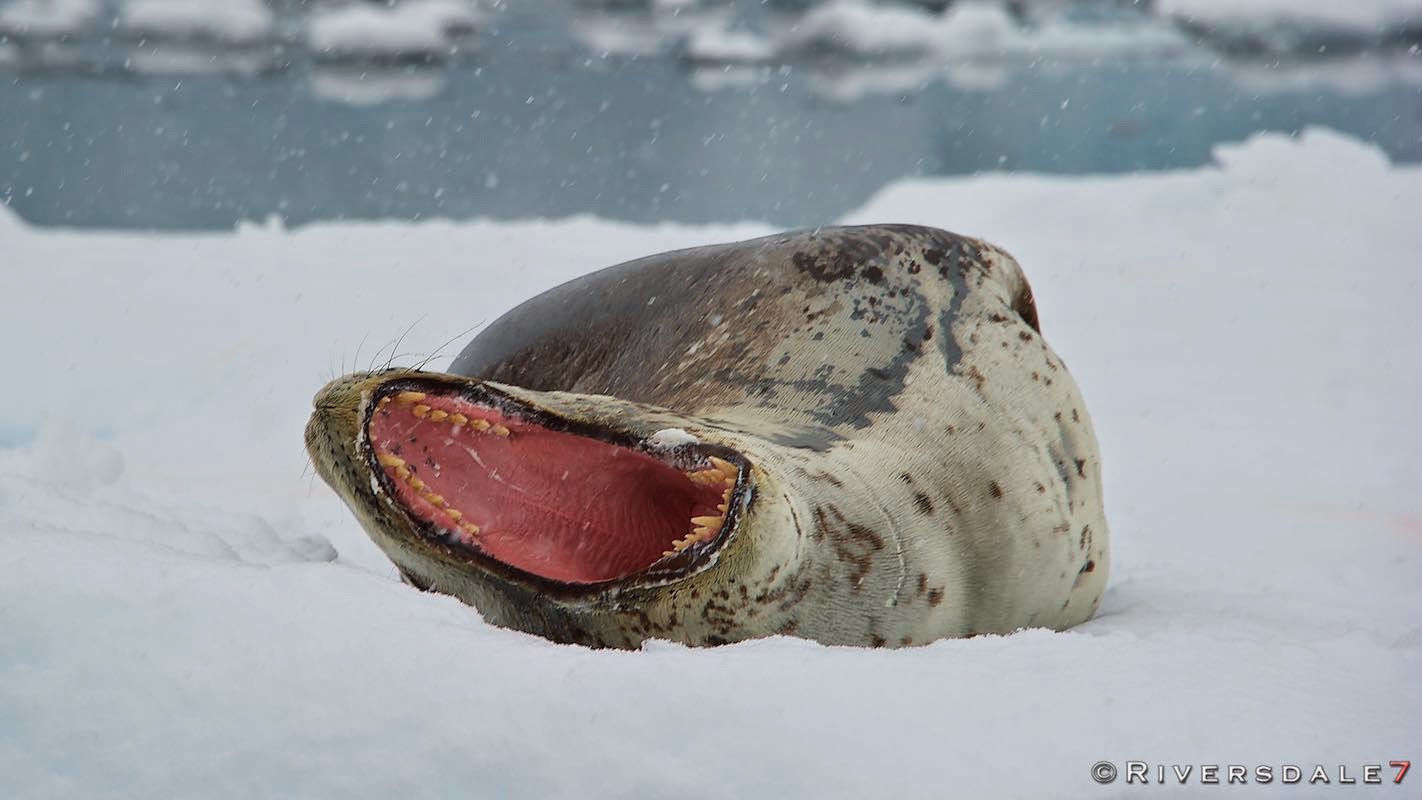