The day started with typical Antarctic weather: overcast, deep hanging clouds, visibility 800 m maximum. The mountains on the Peninsula side of the Penola Strait were not visible. Snow fell but as it was windy the snow did not come from above but horizontally from the side. Nevertheless we started our operation at 8.30. First the group for the boat cruising was set out. They had a somehow mysterious tour through all these Icebergs surrounding the island and floating in the Penola Strait. The normal landing on Petermann Island followed. The Island was discovered by Eduard Dallmann in 1873 and named after the German geographer August Petermann. The Island is famous for its mixed colonies of Gentoo and Adelie Penguins together with King Cormorants. Another highlight of the small Island is a so called iceberg graveyard on the ocean side of the island. Many icebergs from far south are stranded here because they were driven into a small shallow bay by the prevailing westerly winds. Our passengers had enough time to see the mixed colony and they could walk across the narrow Island to admire the nice scenery of stranded icebergs. 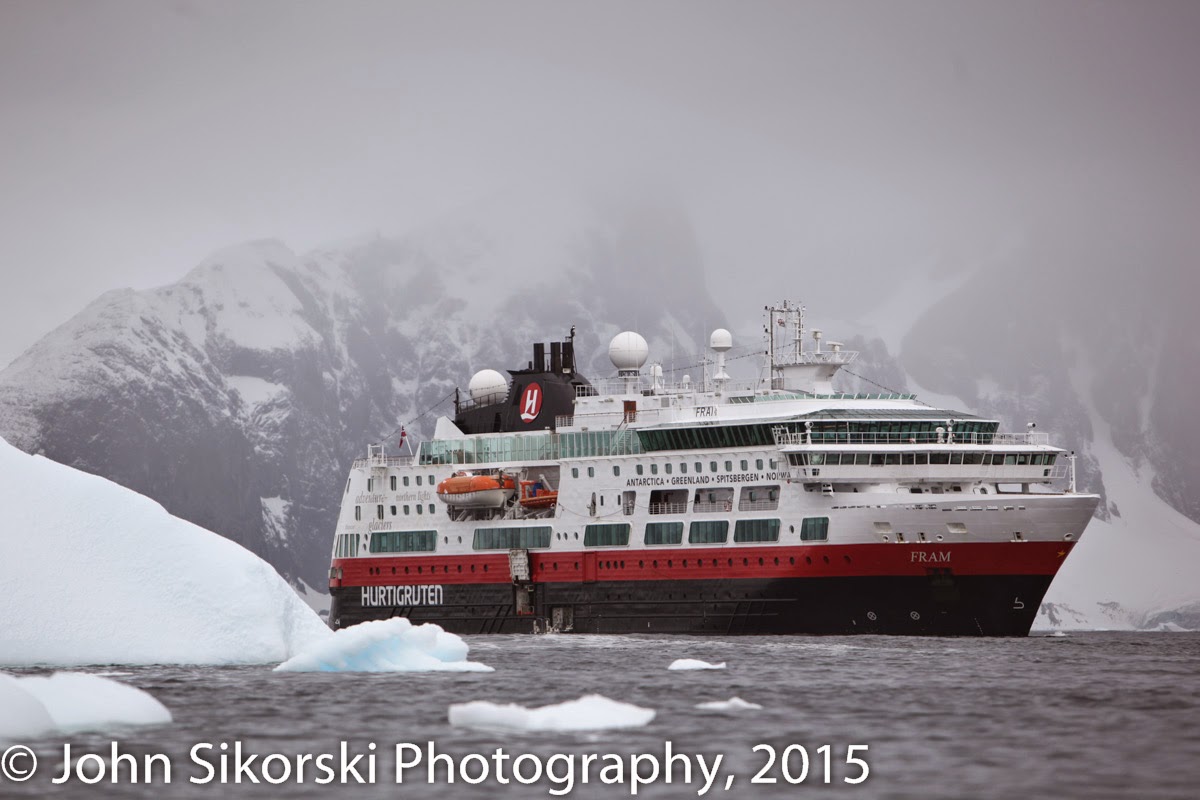 The Fram in Penola Strait near Petermann Island 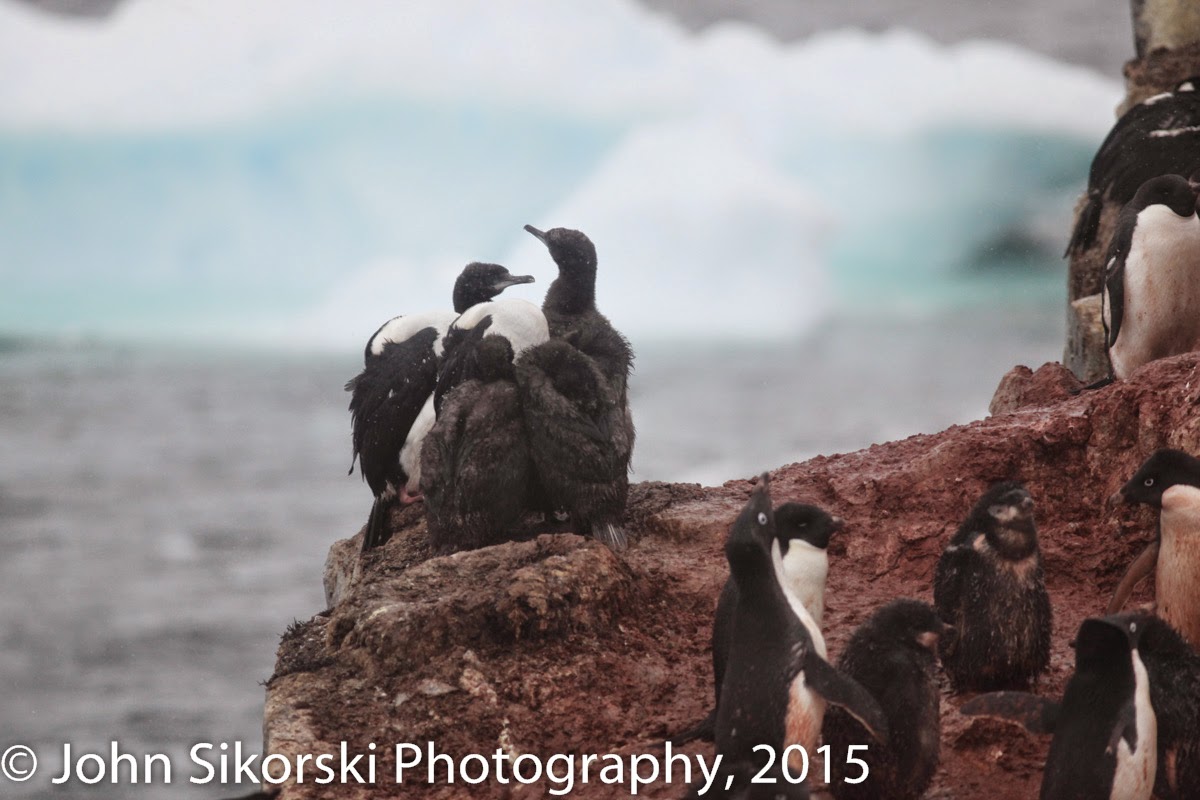 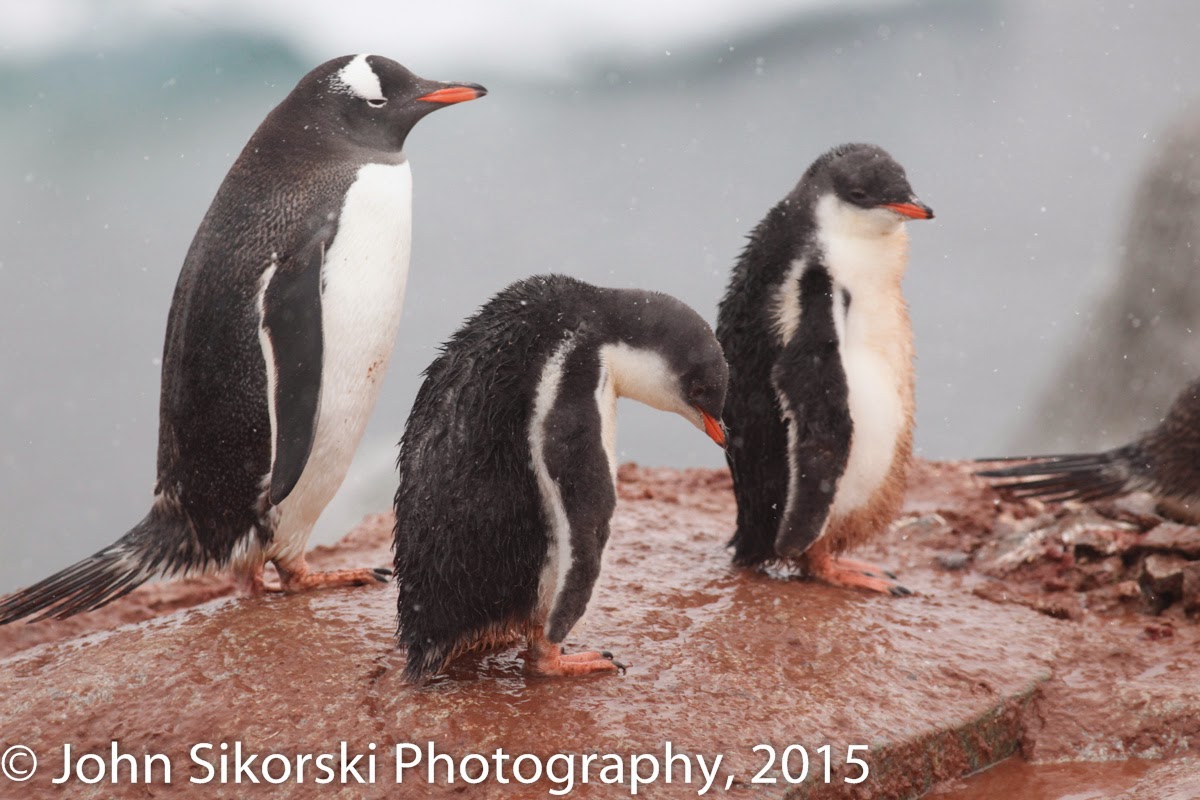 Everybody returned to the ship for lunch and the ship sailed towards the nearby Argentine Islands.  A group of Orcas accompanied us for about half an hour.


We arrived near the Argentine island at about 3 pm and started our operation at about 3. 30. First the kayakers were set out for a cruise among these partly tiny islands with big stranded icebergs. 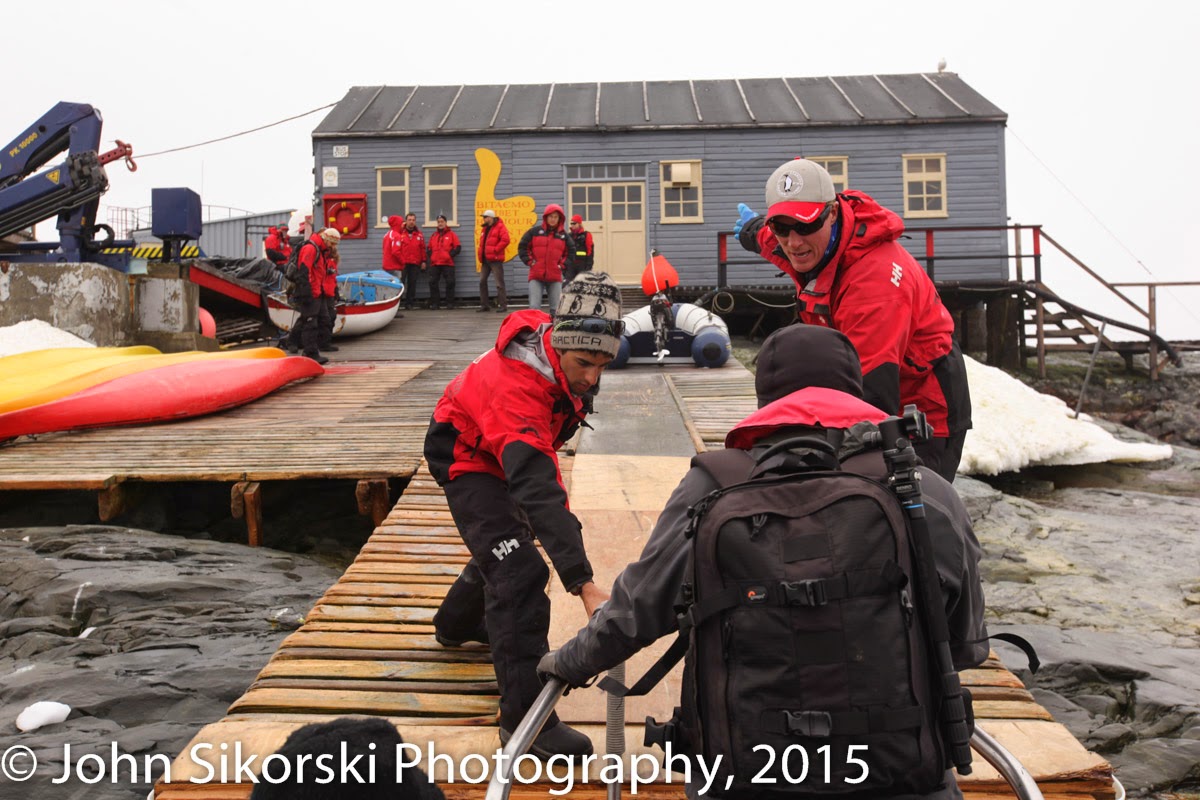 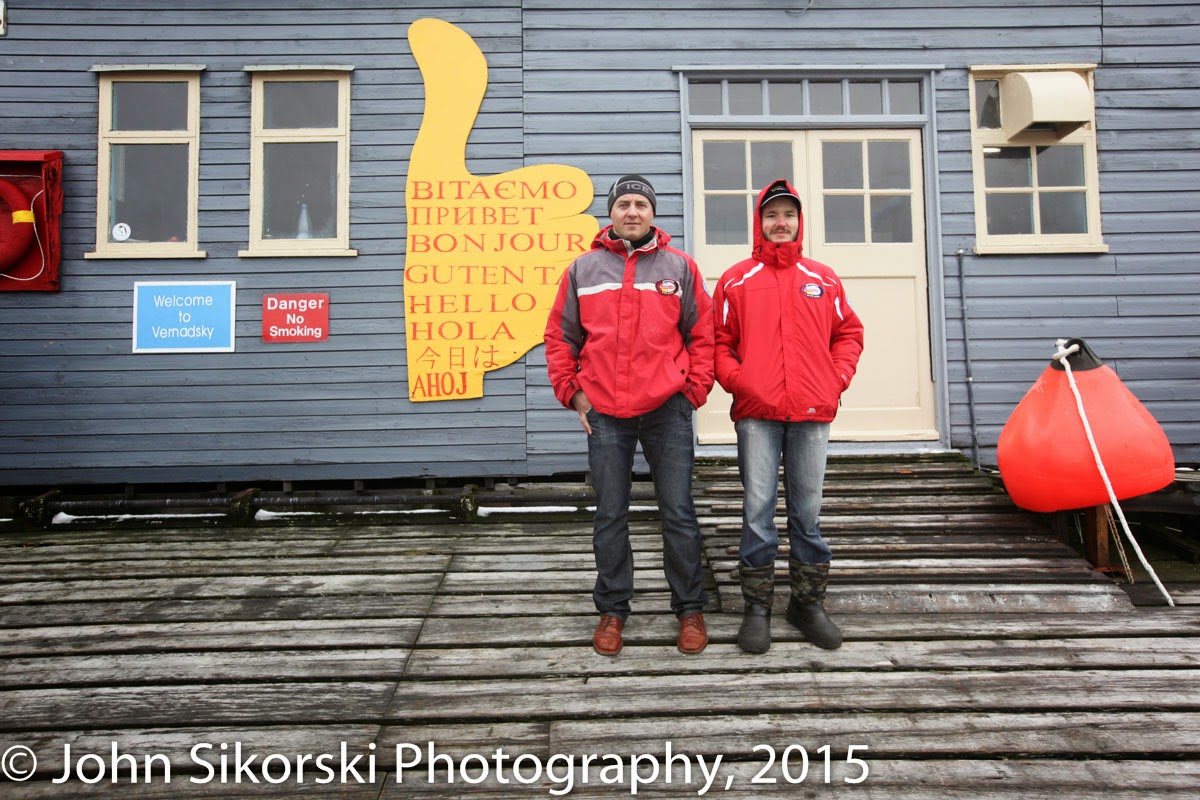 Our Ukrainian guides greeting us at Vernadsky 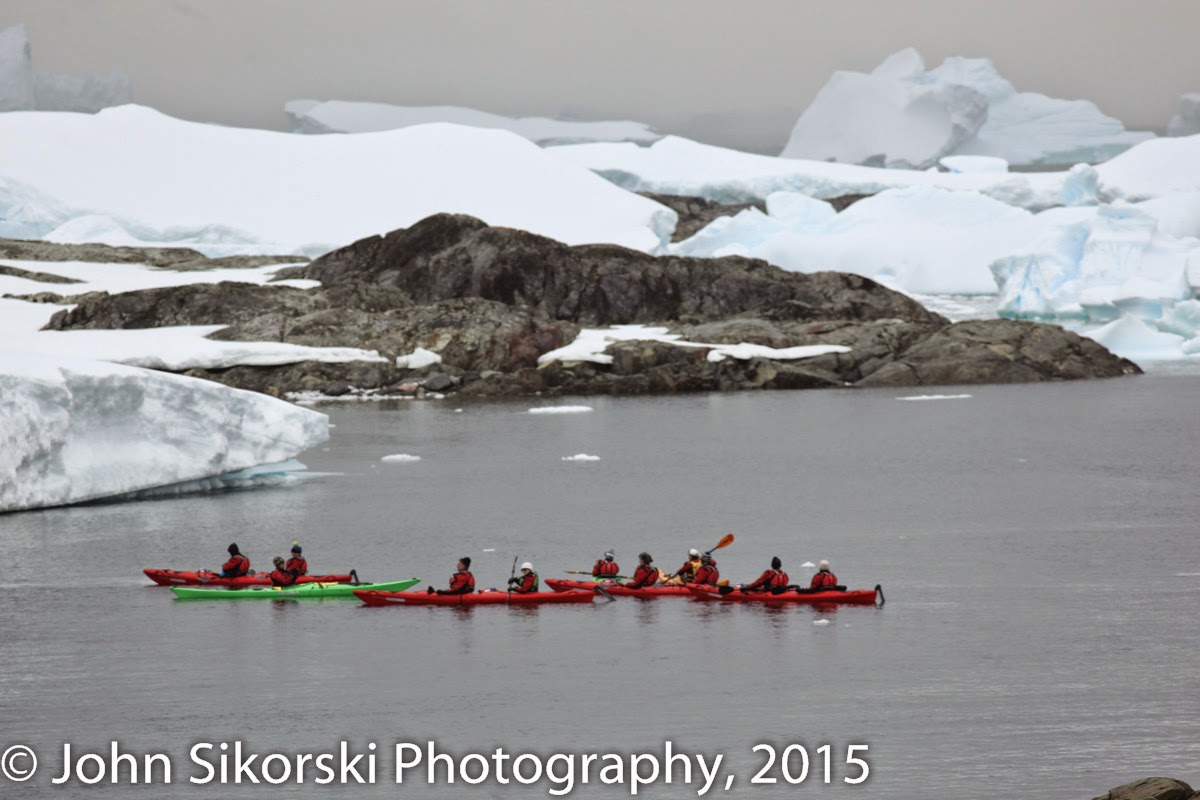 The kayakers on the way (Argentine Island)


The main group followed soon to visit the Ukrainian Station Vernadsky. This station was originally established by the British as Farraday Station in 1954 on the Galindez Island. This station became famous for the detection of the ozone hole above Antarctica. In 1996 the station was sold to the Ukrainian state and renamed after the famous Ukrainian scientist Vernadsky. Members of the station welcomed us and showed us the scientific equipment of the station. Our visit ended up in the station pub where we could taste their home made wodka and where also souvenirs were available. Our visit ended at 7 and we slowly moved back to Petermann Island where we planned to have another camping night after dinner.

But we had to change our plans. Our Captain called us for an exceptional meeting into the lounch at deck 7. Due to a medical emergency we had to sail back immediately to Ushaia.