Today we learned about the waters of the Antarctic Peninsula through our feet, then our knees, then all the way up to our noses until it was completely over our heads. Immersing ourselves in this place and this landscape meant literally taking a plunge into the sapphire waters, and the brave passengers who went through with it have the honor of saying they swam in the crater of an active volcano in Antarctica. 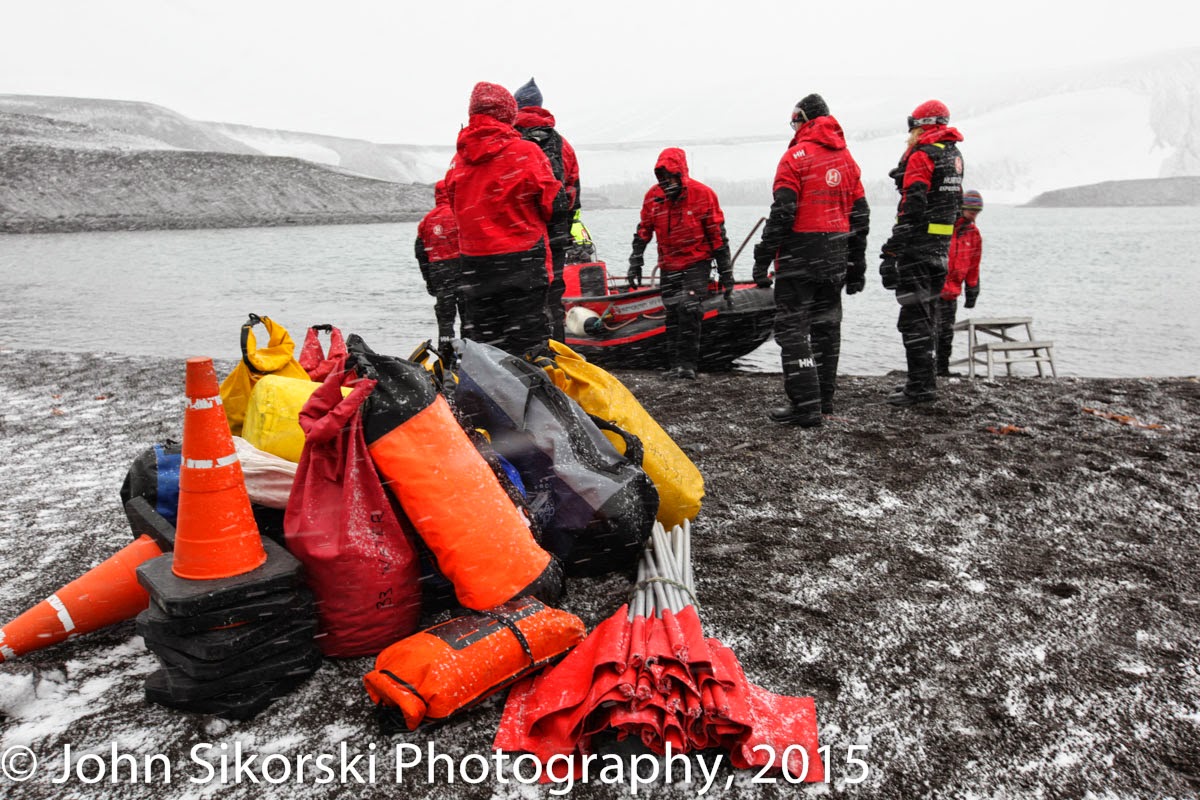 The day began with a hike atop a snowy volcanic rim on Telefon Bay, with some real Antarctic flurries and winds. Not to be detoured, the passengers and guides forged ahead, beating a path through volcanic stones and kindly greeting penguin visitors wondering who the gear-laden troops were. It was another spot along the journey characterized by the otherworldliness of this continent. Standing atop slopes of black ash, engulfed in white snow while a penguin looks at you is sort of like being at the edge of a very surreal dream. 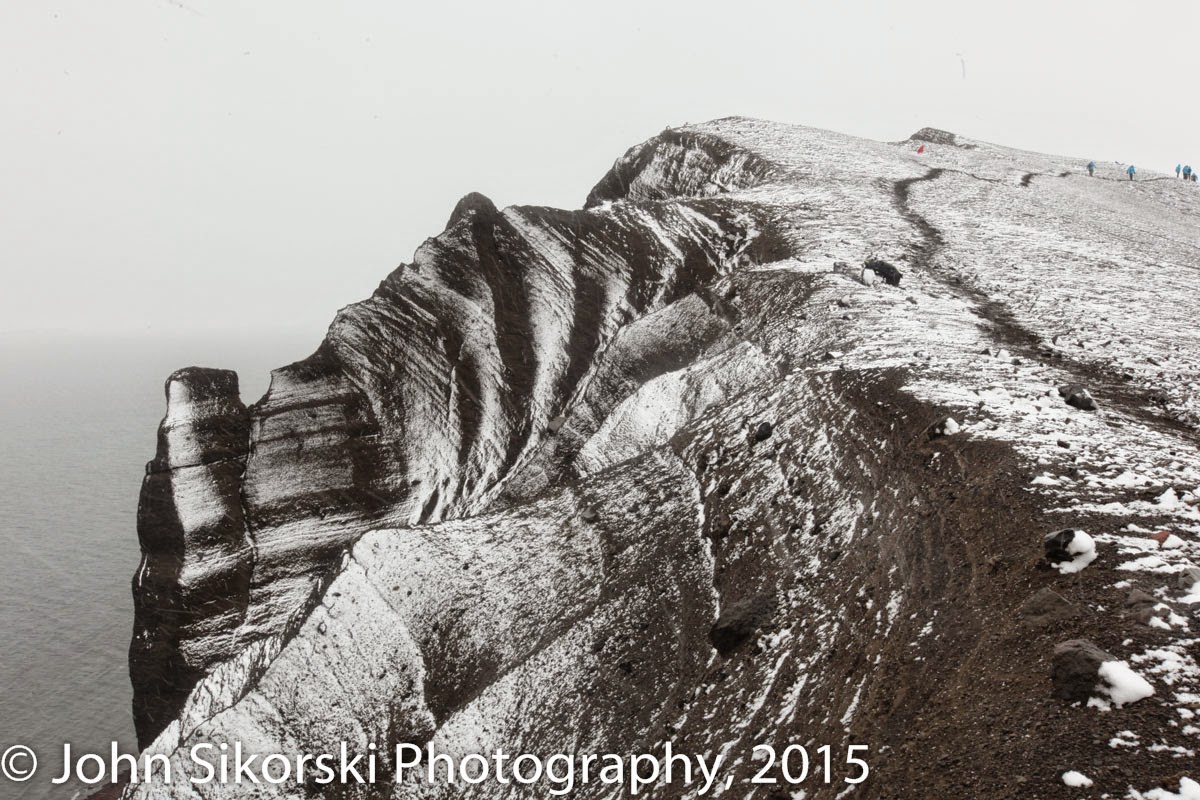 Hiking along the volcano

In the afternoon we embarked for Whaler’s Bay on Deception Island, formed by a volcanic caldera that flooded to create a natural harbor. The entrance into the Bay through a small, 200-meter-wide portal (660 feet) called Neptune’s Bellows is a tight squeeze for the Fram and forms a sort of tunnel for the howling winds. Once at the landing, we explored the relics of an early 1900s Norwegian whaling operation and some ventured into the Bay on a one-and-a-half-hour hike through misty hills to an extraordinary view. 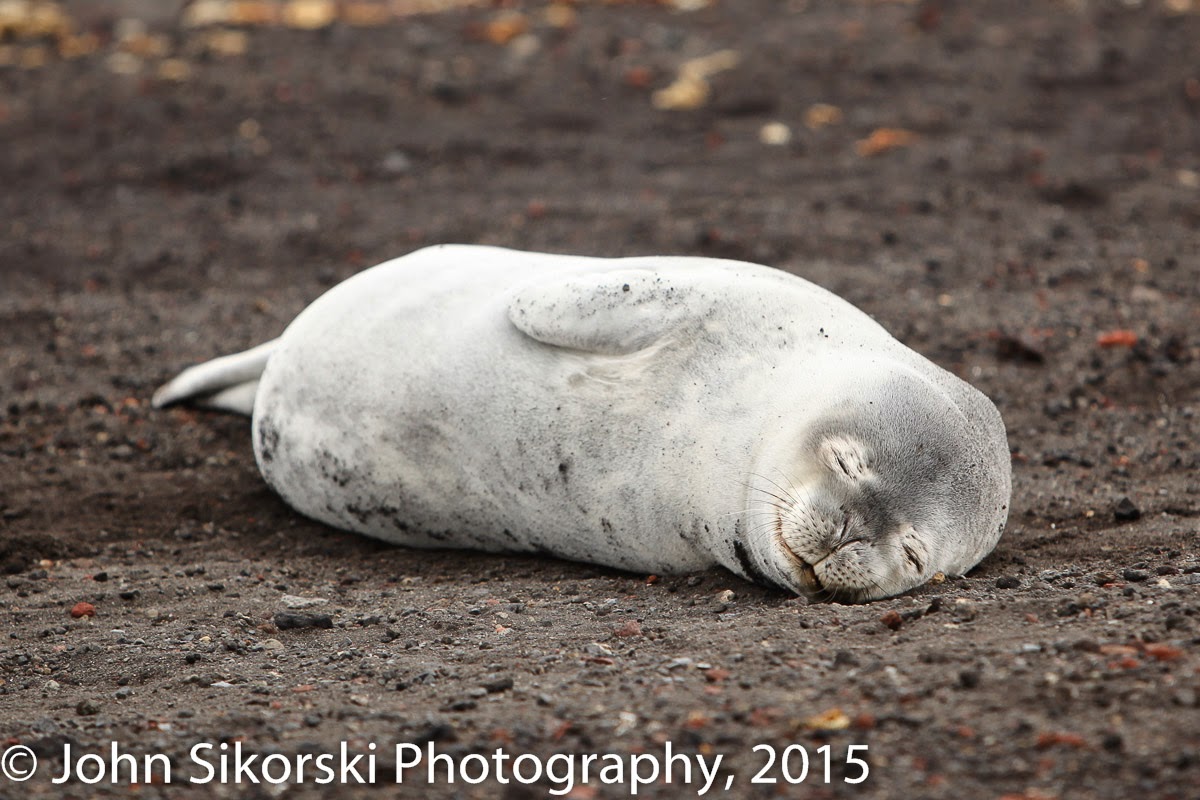 A Weddell Seal at Deception Island 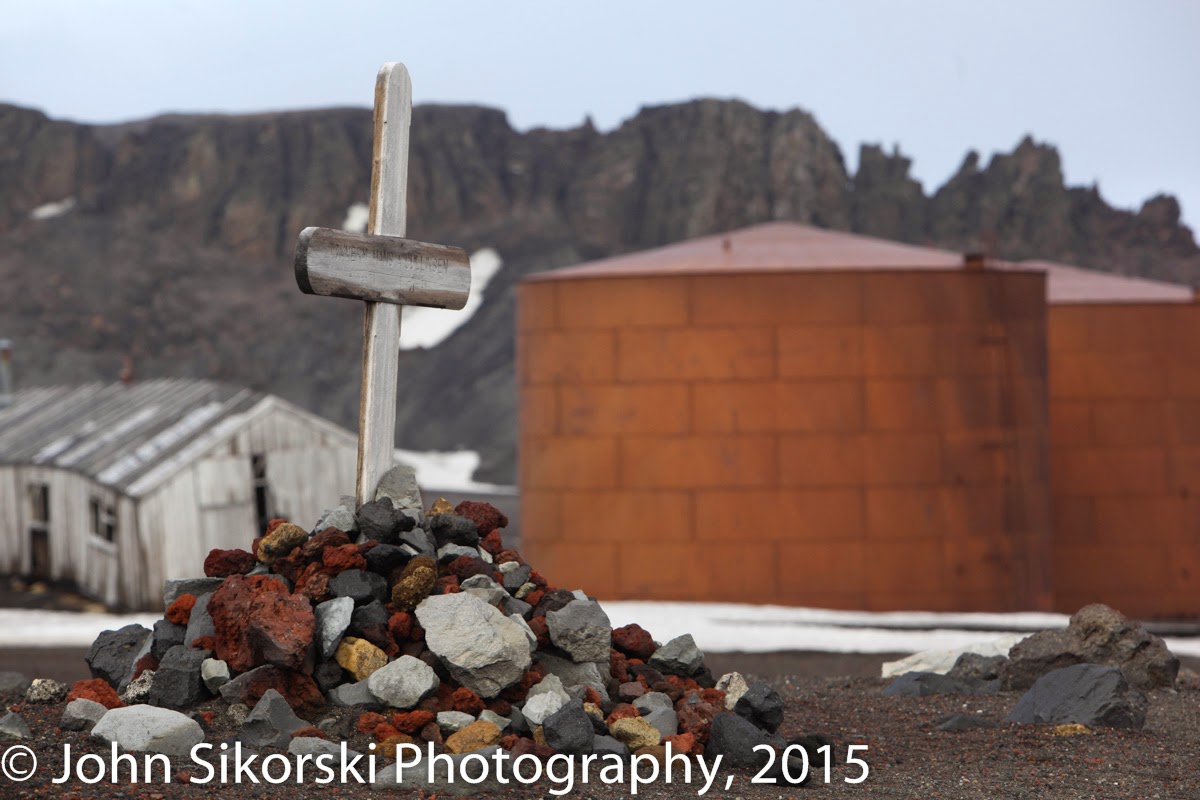 One of 35 burial sites left on Deception Island

Down on the beach, whale bones were scattered among the rocks with the metallic fossils of old makeshift homes, whale-oil silos and a cemetery with 35 marked burials. Joining us were a napping Weddell Seal and a young, male Fur Seal, each producing dramatic yawns and belly scratches. Before returning to the boats, passengers were prompted for a dip in the water and those with the spirit ran, jumped, doggy-paddled and waddled through the small waves while two Gentoo Penguins watched from the shore with curiosity, and maybe even solidarity. 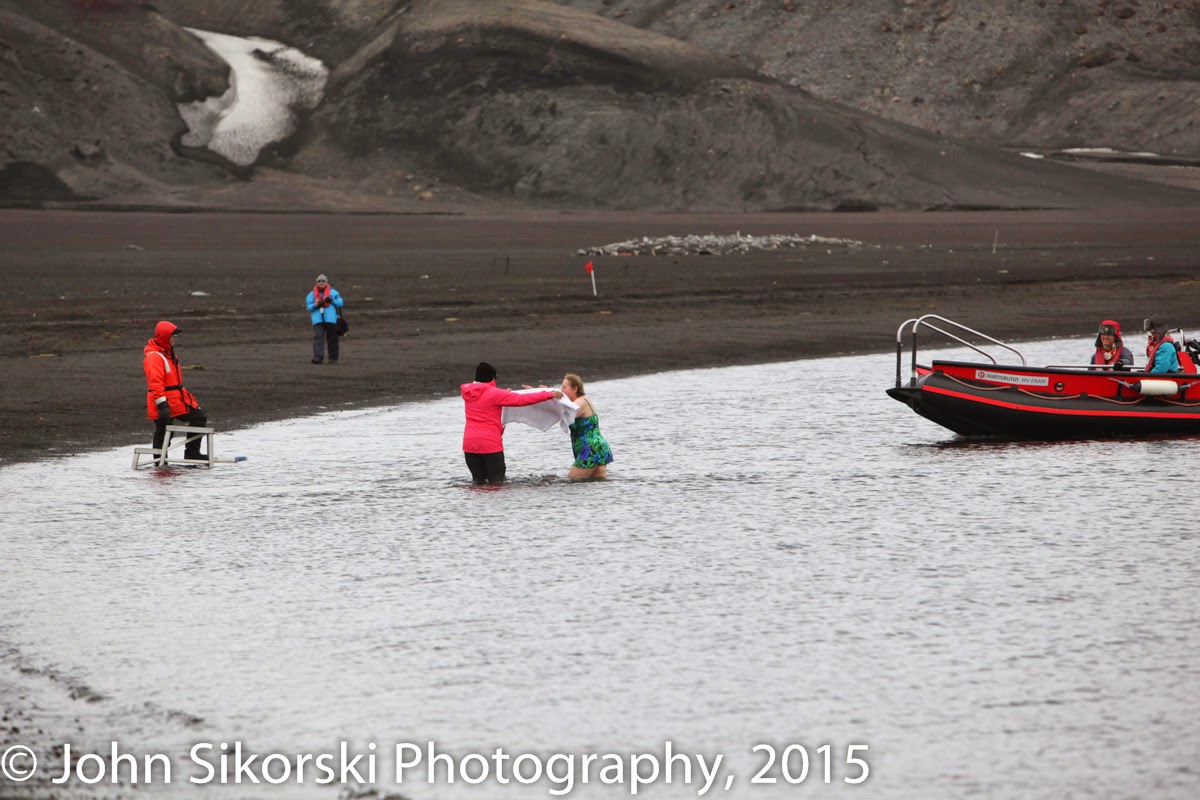 Taking a swim in Antarctic waters