A whale of a day!

Today we awoke to Simon’s voice over the PA system, letting us know that we were surrounded by humpback whales. We all scurried to get some quick breakfast and get ready to jump on the Polarcirkle boats, as we decided to forego the landing planned for the morning and see the leviathans from close distance. 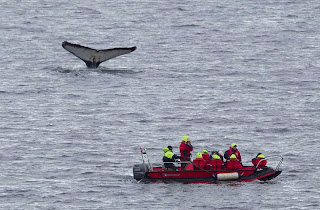 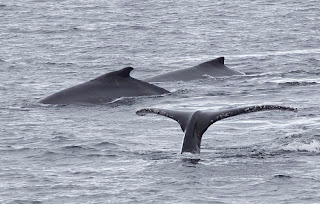 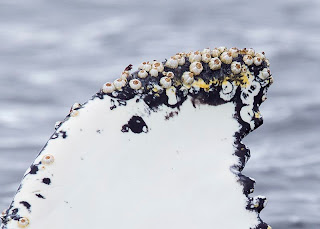 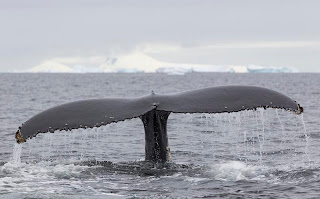 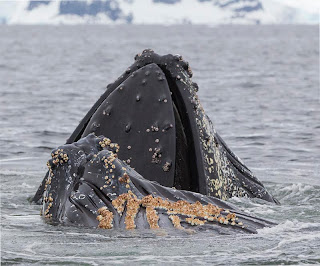 This was actually a fantastic idea, as the gentle giants were slowly combing their way through Wilhelmina Bay and did not care much for the agitated, camera-totting people aboard the little crafts, and peacefully continued feeding some meters in front of them. It was fabulous to see them corral their prey with bubble cages and then swim upwards, mouths agape to take as many swimming morsels as possible. It was also phenomenal to sense the sheer power of these huge animals, as they gracefully lifted their flukes to plunge for yet more yummy creatures. 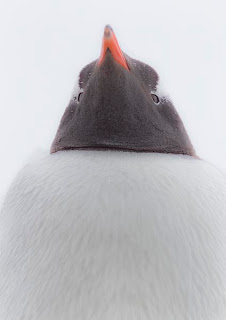 In the afternoon, we landed at Neko Harbor, and many of us enjoyed the beautiful view over the glacier next to the hill we had climbed, as well as the wide panorama stretching in front of us: a vast body of water dotted with icebergs, surrounded by tall mountains blanketed in blue ice. 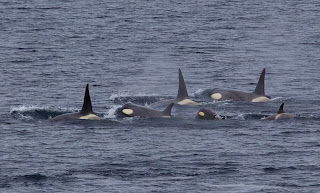 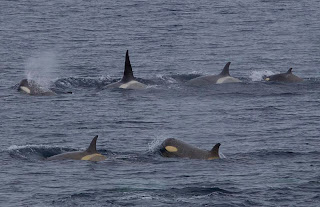 And it had to be Simon again, for he not only has the keenest eyes on board MV Fram, but also seems to be endowed with an uncanny luck for spotting animals: as we were beginning our dinner, he rushed into the dining hall screaming “There are at least 20 orcas ahead of the ship!”. Needless to say, everybody abandoned their plates and hurried out to deck, to see these magnificent creatures glide in front of us. There were, as announced, at least 20 whales swimming in purposeful formation, with several males piercing the dark waters with their impressive dorsal fins. We were so close to them, that we were able to see the characteristic markings of the Antarctic orcas, as well as the strange yellowish coloration imparted to them by diatoms, microscopic algae that bloom to incredible abundance in these waters – and not content with giving the sea a milky aspect, cling to orcas for a ride! What a wonderful, exciting whale of a day…