Antarctica is often called the continent of extremes. Then usually the size, the cold temperatures and the immense masses of snow and ice are meant. Today we experienced different extremes: extremely good weather in extremely beautiful landscape. 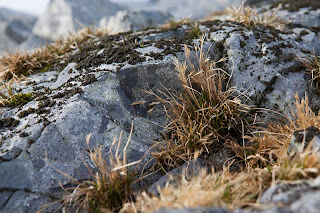 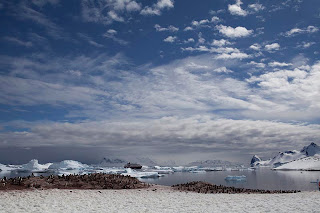 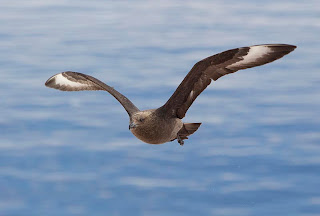 Our first landing was on Cuverville Island in the entrance of the Errera Channel. There are several Gentoo rookeries along the shore and as well a couple of hundred meters up the slope. Next to the island some dozens of small icebergs ran on ground. A spectacular scenery in brightest white and blue. The surrounding mountains rise steep and high, all with icy tops and glaciers on their flanks, except the vertical rocky walls. The look South into the Errera Channel was just breathtaking. Small icebergs and ice blocks were drifting all over in absolute flat water that mirrored the neighboring mountains and glaciers. With temperatures up to plus five degrees Celsius some of the passengers walked around in shirt and thin jacket, which was not risky because there was hardly any wind.

To reach our afternoon landing place we passed by some dramatically shaped glaciers, lit and contrasted by today’s extremely bright sunlight. Our second landing was in Neko Harbor. Again with lots of Gentoo penguins. We also saw Kelp gulls that were bitterly fighting for the best nesting places. Another attraction was a walk up an icy ridge in the innermost branch of Neco Harbor, offering as well a view on the nearby steep glacier and its front and a view all the way out on Andvard Bay. Fram anchored far below us with the water around it sparkling in the sun light. 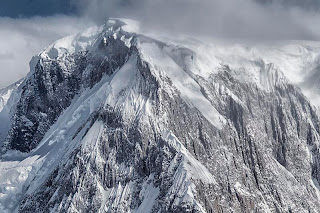 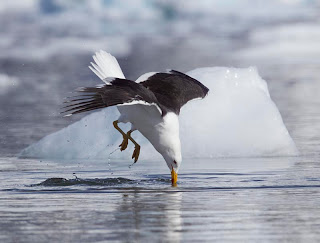 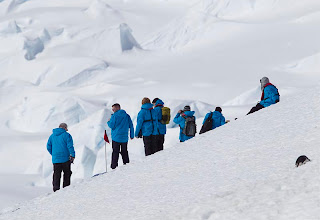 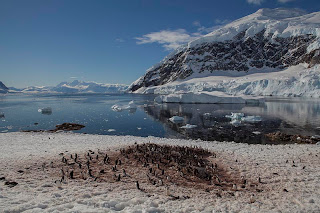 Finally in the evening the smiles of ten passengers were at least as bright as the sun today. They went ashore for a camping night in Paradise Bay.