Birds and ice on a lake

Today we awoke to an incredibly calm Drake Passage, with gentle waves caressing MV Fram up and down the sea. Normally, no wind at sea means no birds are in sight, but today was an exception since we enjoyed their company all day long.


And what stupendous company that was!! While we enjoyed breakfast, we could see five different species of albatross flying around the vessel: wandering, black-browed, light-mantled sooty, grey-headed and even a royal albatross. The “even” comes from the fact that royal albatrosses breed in New Zealand, and they tend to stay around those islands, so it was quite a nice surprise to see it on the other side of the planet; this just serves to illustrate that these birds are majestic flyers that very deservedly were considered sacred/magical animals (Coleridge’s Rime of the Ancient Mariner). 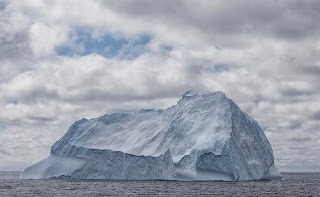 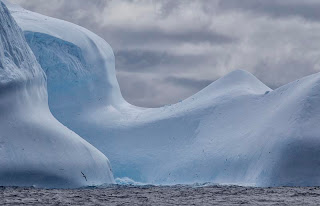 ﻿
Around noon, we enjoyed a nice surprise: a quite big iceberg (some 70 meters tall and 300 wide) was floating ahead of our ship, reminding us that we are in course to Antarctica. It was surprising because we have not yet crossed the Antarctic convergence, the liquid boundary between the Southern Ocean and the other, northerly and warmer oceans; and icebergs tend to be corralled within the convergence’s frigid embrace.


Usually, we tend to flee from the cold: today, our southward course brought us directly to it and we were very happy for it. At around 9 o’clock this evening, slightly over 24 hours since we left Ushuaia, we crossed the convergence so, officially and happily, we are in Antarctica. Keen to see what this land has in store for us tomorrow, we were gently rolled to sleep by a real Drake “lake”! 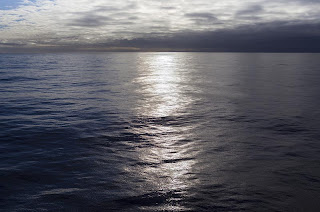