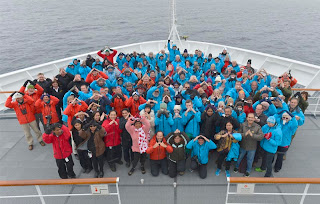 1st of December is the date when the Antarctic Treaty had been signed. For us it was a real Antarctic Day. The first half of it we were busy preparing for our landings. That means vacuuming backpacks, trousers and jackets to prevent that we introduce any seeds and other organic material that does not belong here. Furthermore we had bridge visits, briefings and a group photo to commemorate Antarctica Day. 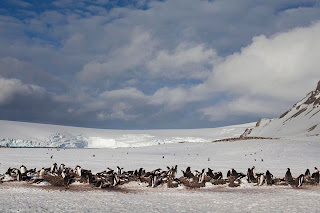 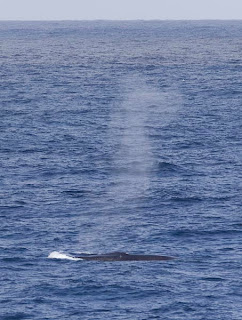 Accompanied by some fin whales we left the Drake Passage and passed in-between Nelson Island and Robert Island to the Southern Side of the South Shetland Islands. There we were suddenly surrounded by snow that was whirling all around Fram. That much that some worried about our first landing. Nevertheless we continued towards Greenwich Island. When we arrived at a bay called Yankee Harbor the snow disappeared as fast as it had captured us. 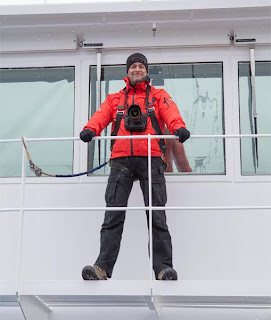 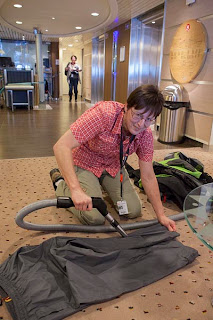 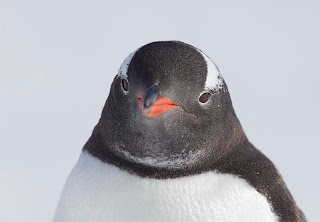 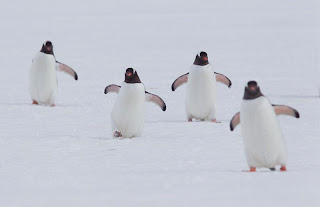 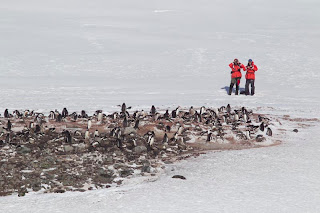 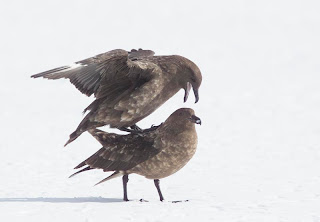 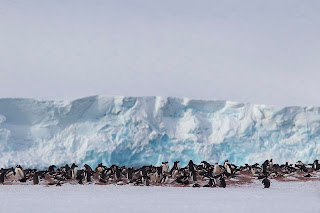 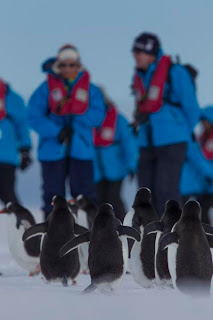 We started the landing right away and had a fantastic afternoon. We found Yankee Harbor full of wildlife, although the area is still covered by a thick layer of snow. That doesn’t bother the several thousands of Gentoo Penguins. They were walking and sliding all around to and from their colony. Even though rocky areas and thus nesting possibilities are still rare the skuas were mating.

Some seals were sleeping on the end of the narrow stipe of land that shelters the inner part of the bay. 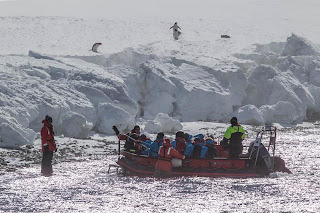 While these impressions created smiles on all faces ashore, clouds and sun were creating the quickly changing dramatic light in the scenery around. And all of a sudden, while we were leaving the place, very low and fast moving dark grey clouds brought a fresh load of snow. We reached the ship safely and then were again blinded by swirling snow for the next half hour.

What a great Antarctic day! 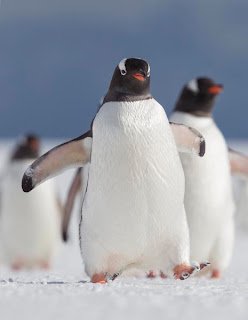 Email ThisBlogThis!Share to TwitterShare to FacebookShare to Pinterest
Photograph(s) by: John Chardine, Marsel van Oosten
Newer Post Older Post Home
Welcome to MV FRAM's Expedition Blog!
MV FRAM is the most modern expedition cruise vessel belonging to the Hurtigruten fleet, roaming polar waters and taking people to remote places where only few go. In order to give you the chance to travel with us, even if only on your computer screen, we have created this blog. Here you can see what we have seen and read what we have done.
And, maybe you will be onboard with us one day!
All About MV FRAM - here
FOLLOW US ON FACEBOOK !