On our way roughly southwestward we continued with the Fram University, which offers a wide range of subjects from popular science, over unique first hand expedition reports to discussions about current polar topics. And this university is as open and flexible that the lectures have breaks when there is something thrilling going on around the ship. Like a group of fin whales, groups of penguins on drifting ice, or spectacular ice bergs with intense blue holes, caves and arches. In this area there are mostly tabular icebergs, formerly parts of the circum Weddell Sea ice shelf areas. 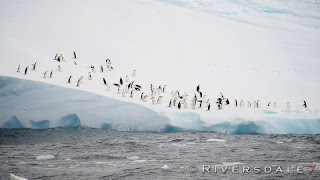 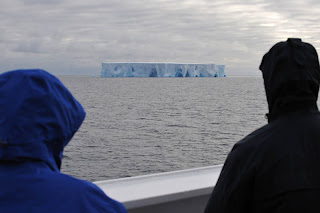 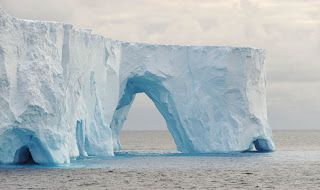 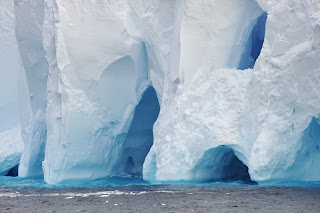 On the second Christmas Day we reached the pack ice north of the Weddell Sea. 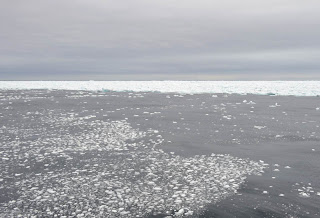 The ice of the Weddell Sea is rotating clockwise. It was this movement of the ice that saved Shackleton's Expedition by taking them northward. But for us going southwestward it was a problem. Reaching far out north the pack ice forced us to change our course for a couple of hours and go northward to circumnavigate it. Finally at a place where the ice coverage was less than 8/10th we pushed our way through to open water on the other side and continued towards Elephant Island and Antarctic Peninsula. 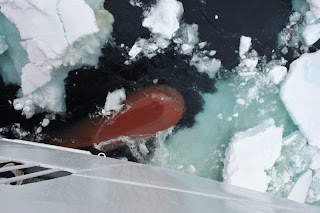 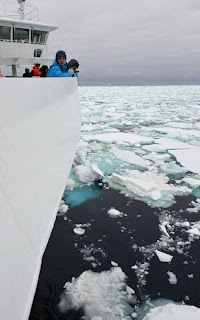 And again we were accompanied by big groups of birds and whales. 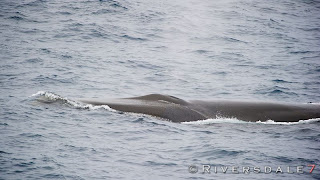 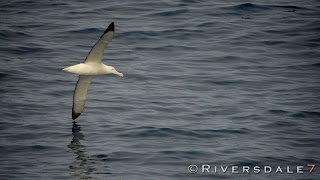 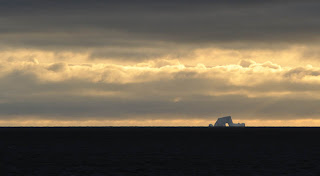 Email ThisBlogThis!Share to TwitterShare to FacebookShare to Pinterest
Photograph(s) by: Andreas Sanders, Dominic Barrington
Newer Post Older Post Home
Welcome to MV FRAM's Expedition Blog!
MV FRAM is the most modern expedition cruise vessel belonging to the Hurtigruten fleet, roaming polar waters and taking people to remote places where only few go. In order to give you the chance to travel with us, even if only on your computer screen, we have created this blog. Here you can see what we have seen and read what we have done.
And, maybe you will be onboard with us one day!
All About MV FRAM - here
FOLLOW US ON FACEBOOK !