In the morning we went ashore one Astrolabe Island, discovered and named by Dumont d'Urville. We had to manoeuvre between numerous icebergs towards the beach and find a way up a small ice and snow cliff. 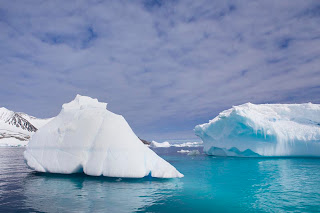 Part of the island and reaching out of it is a set of huge rocks that are called the Dragon's Teeth. They framed the iceberg scenery. 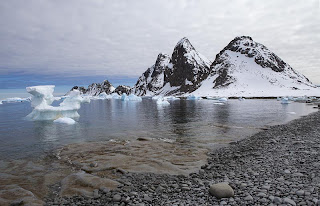 Behind the saddle that links them to the rest of the island we found a bay with 30 Weddell seals. There were also groups of chinstrap penguins on many of the rocky patches in the snow and also high up on some ridges. 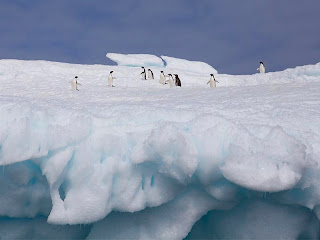 The landing ended with a polar circle boat cruising between the icebergs and through one of the channels between the Dragon's Teeth back to Fram. 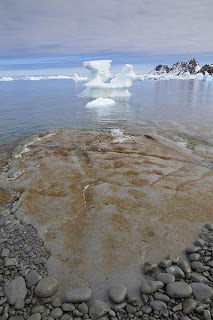 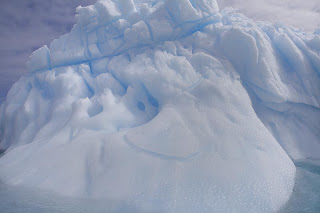 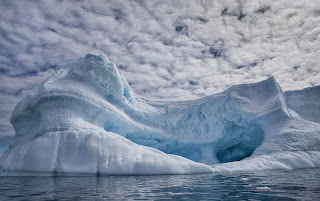 During lunchtime and a following coffee break we headed towards Deception Island. Crossing the Bransfield Strait was a bit like moving on a garden pond on a warm early summer day. That was how flat the water was and how the sun illuminated the scene. 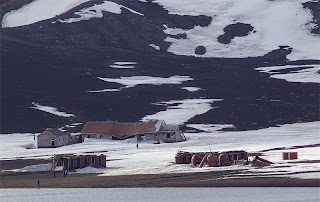 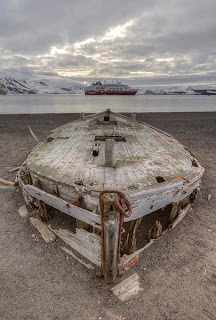 On Deception Island we anchored in Whaler's Bay, for a visit of the whaling station remains and remains of the British Base B as well. Bransfield House of Base B had a lot of snow inside and the roof looks like it is not a long time any more until it will collapse. 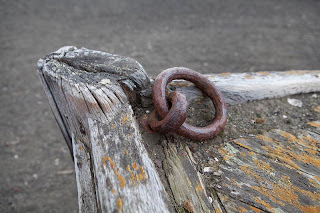 One group went on a hike to see the penguins at Bailey Head on the northern coast of Deception, others enjoyed a stroll along the beach to Neptun's window. 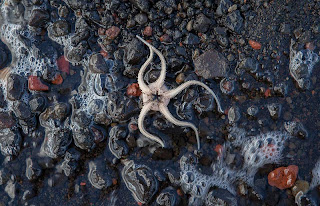 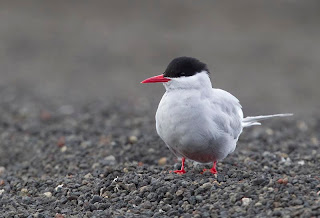 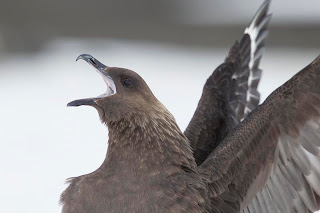 A bit later we were joined by another ship. A meeting of new and old it was. The pretty bark "Europa" anchored in Whalers Bay to pick up their group of hikers. "Europa" intends to sail around the world. The visit to the Antarctic is one of the first parts of their tour. 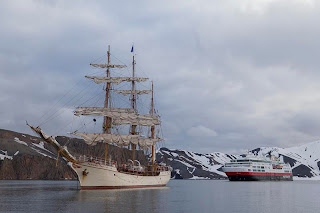 After a bath in the caldera of the active volcano Deception we headed back to Fram and the captain took us safely out through the narrow Neptun's Bellows towards new adventures.