Meetings in the Drake Passage


Two days of Drake Passage come to their end as we are approaching the Beagle Channel. It was two days with several meetings.

The morning after we had left the Peninsula our onboard university continued with four lecture sessions, each with two lectures at a time. We continued today and finalized with a meeting in the observation lounge. While discussing about climate change we passed by Cape Hoorn in rough water as you can expect it there.

On a long part of our way north we had several meetings with snow petrels. Astonishing all white birds, which nest even a hundred and more kilometers inside the Antarctic. For a while also giant petrels followed and circled us using the wind and better flight conditions around the ship. 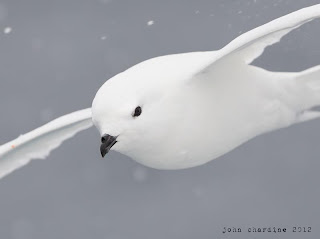 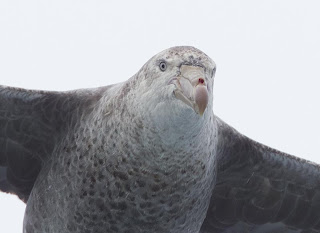 And today another unexpected meeting attracted our attention. We passed by the “Europa”, that is on its way South. Watching the bark disappear behind higher waves and being shaken by the waves gave lots of us the right impression of how comfortable we travel onboard MV Fram. 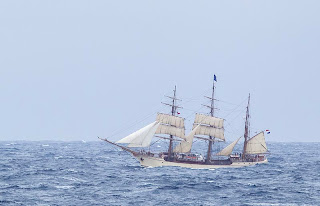