How many days of paradise can you take?

Yes we had another one. The clouds in the morning hours made the photographers on board cheer, because they like the softer light. But their cheering didn’t last long. After a few hours all clouds had disappeared. In fact not a single bit of any cloud was left. Blue sky above Petermann Island, Lemaire Channel and all of the surrounding all the way to the horizon. 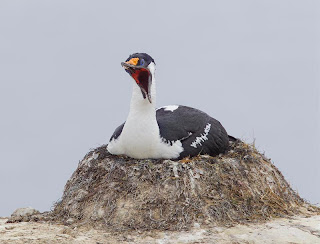 On Petermann Island it was again the birders turn for cheering. Besides the already well known Gentoos we saw Adélie penguins and blue-eyed shags. Another small walk led to the opposite side of the Island where we were rewarded with a breathtaking view from a snow-covered hill across thousands of icebergs of different size and shape. Many said that was the most beautiful lookout so far on our tour. 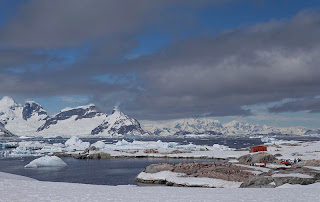 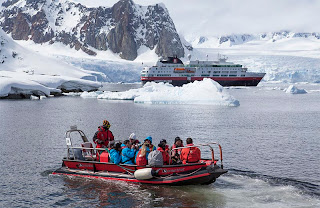 But after three and a half days of overwhelming beauty in bright light and calm seas an astonishing discussion could be heard during lunch time. Basically it was the photographers who launched it. Looking out on the extremely bright white glacier surfaces and snow covered areas all of a sudden they created somehow opposite sceneries. For example an icy gale with penguins that can hardly stand in the wind, with their contours being blurred by drifting snow. They themselves on their bellies and getting the perfect shots of it. 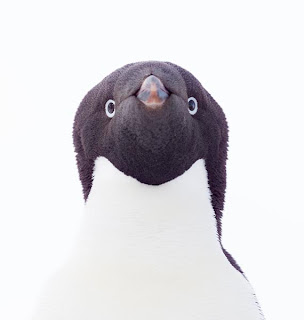 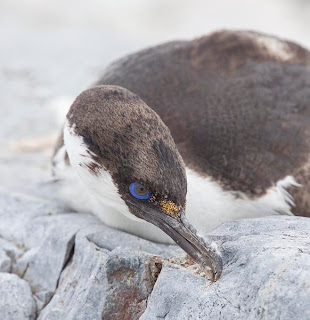 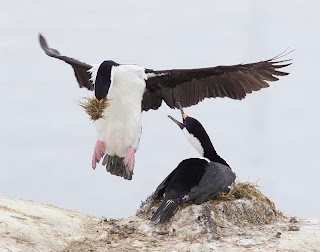 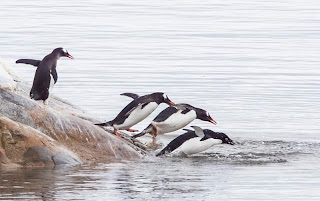 Lemaire channel was still blocked by this big iceberg we saw the day before from the other side. Inspired by the view from Petermann Island on these numerous icebergs we decided to do some cruising with the Polar Circle Boats close to the Southern end of Lemaire Channel. There too lots of icebergs formed a kind of labyrinth which we wanted to explore. And guess, even though the sun was shining all the photographers joined in… 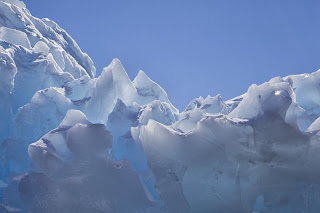 Cruising was the new highlight. We found Weddell Seals, Crab Eater Seals, Gentoos and other wildlife in the ice labyrinth. Some icebergs had tunnels, arches, holes and remains of crevasses where we could see all the way through to the other side. Many of these structures were shining blue as if someone had switched on pure blue light inside. 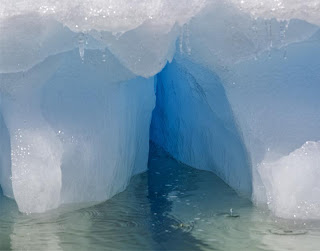 A couple of hours later when we were ready to continue our trip the iceberg in Lemaire Channel had disappeared. Wind and current had moved it out southward giving us free passage northward. 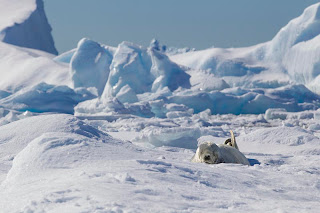 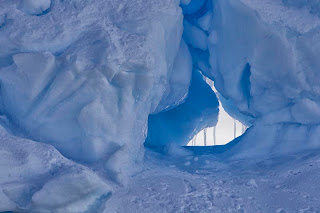