BROWN BLUFF AND BASE ESPERANZA: 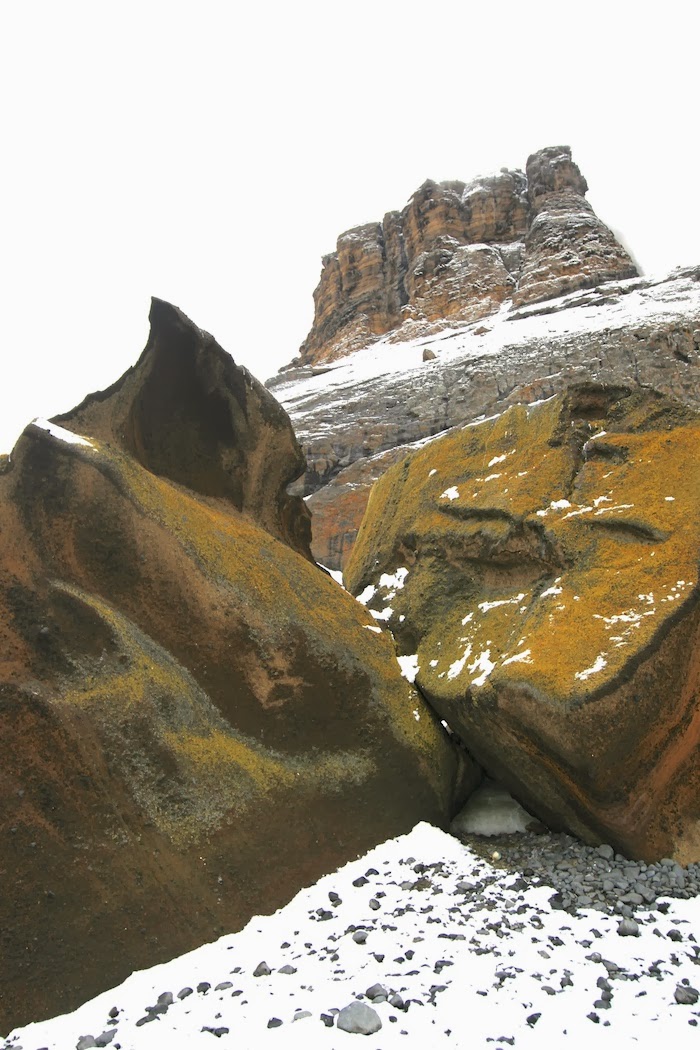 After breakfast we landed at Brown Bluff at the tip of the . The very tip is the known as , while the larger feature is identified as the Antarctic Peninsula or the . With any name it is geologically striking and the home to 1000’s of Adelie and Gentoo Penguins. The Adelie chicks were downy brown and some were almost as large as the adults. The Gentoo chicks were white and grey and were smaller in size, in fact some appeared to be only recently hatched. 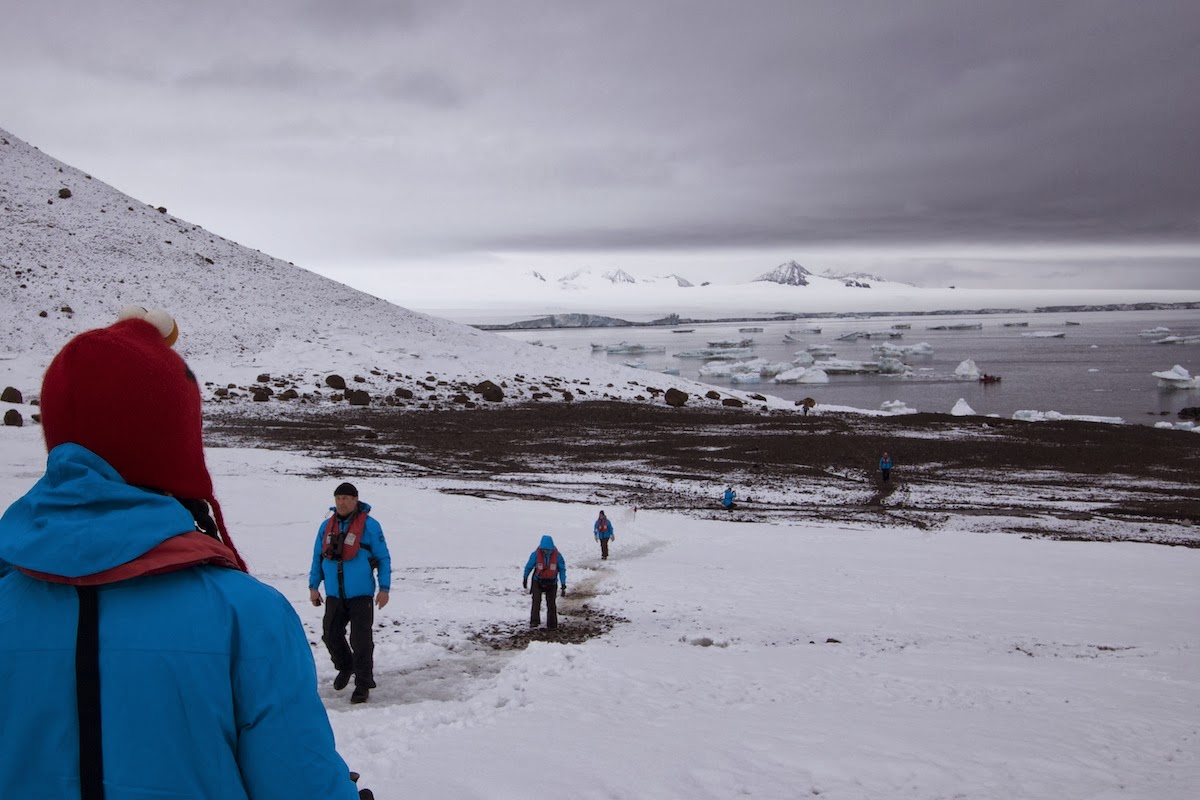 At Brown Bluff the beach rocks and the namesake bluff behind the beach are rocks of volcanic origin. The geology of this area has been studied in detail and the volcano partially erupted under and ice sheet. Approximately a million years ago, pillow lavas and volcanic bombs and ash spewed out of the volcano. Today we saw beach boulders with layers of ash intermixed with layers and pebble to cobble size volcanic rocks. Many of the volcanic rocks have vesicles or small holes indicating that the lavas when molten has significant quantities of entrapped gases. A few of the beach boulders have strange shapes to geologists this indicates that their surfaces have been sand blasted by the strong winds, that frequent this area. 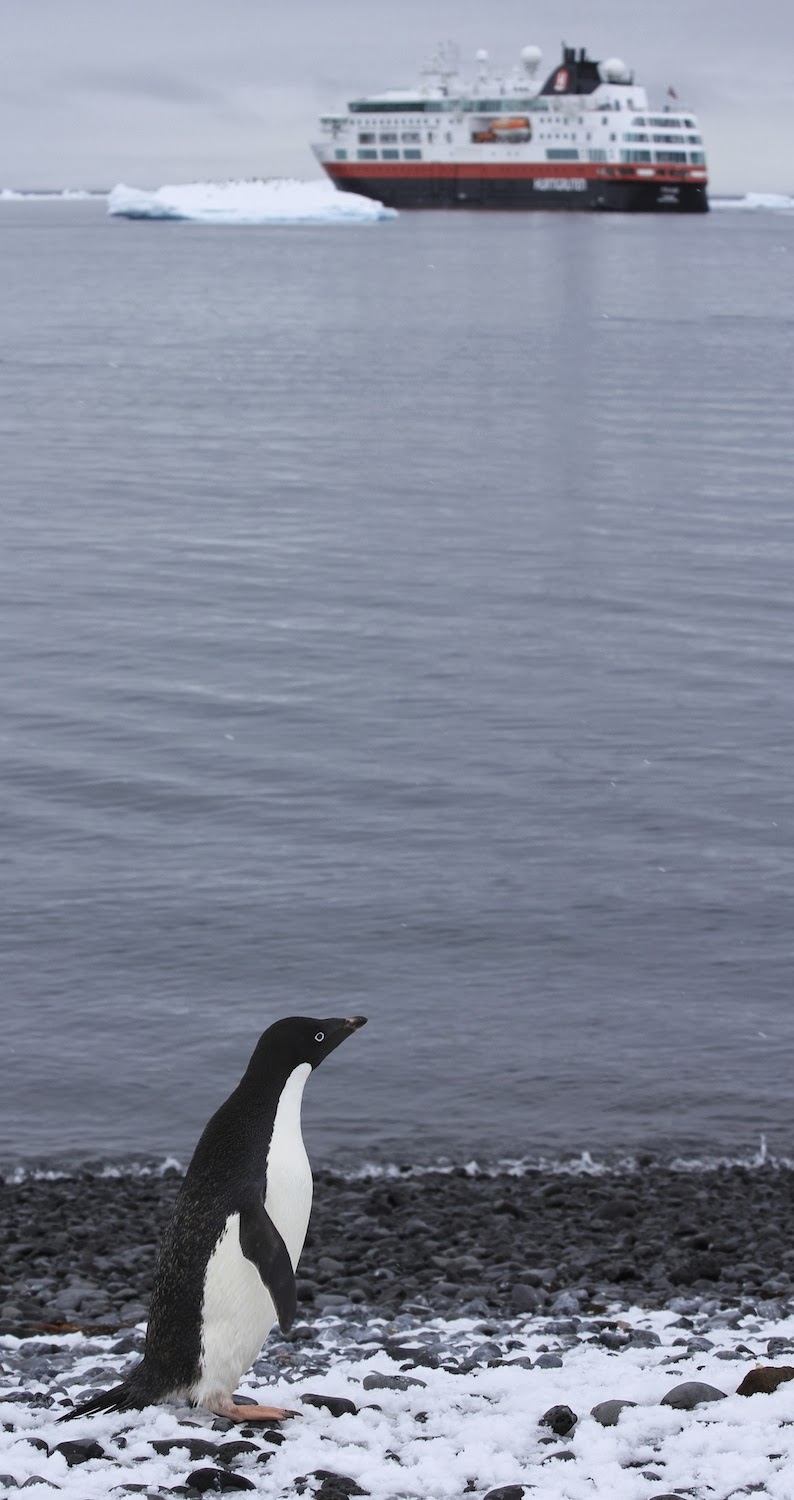 Our next stop was at the Argentine Esperanza Base. This region of was first occupied by a British station and now houses the large Esperanza Base. In 1978 the Base was the location where the first person was born in Antarctica. On 7 January 1978 Emilio Marcos Palma was born here. 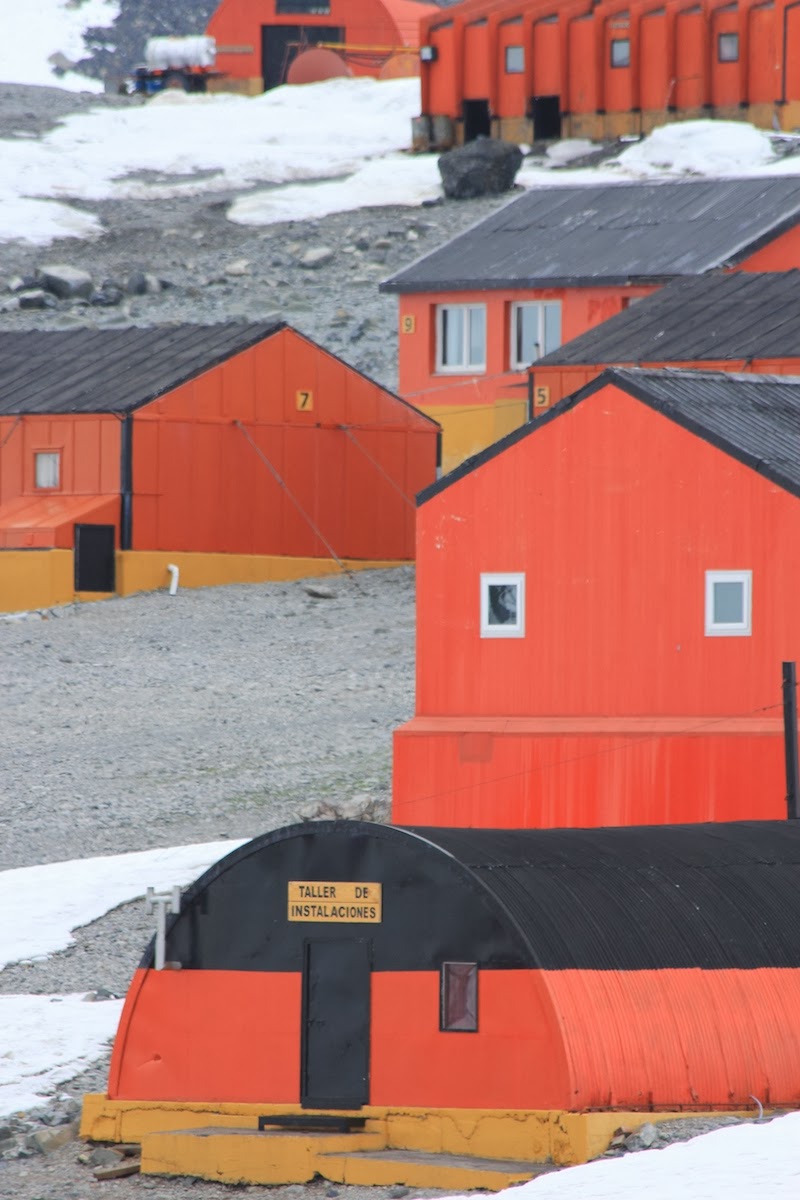 Our visit to the Base was long planned but nearly cancelled as earlier this week there was a fatal accident at the site. Following several radio conversations with the Base Commander we were welcomed ashore, in part to offset the grim mood following the accident. We were formed in groups ashore and given guided-translated tour of the Base including the museum, school and chapel. Our tour ended at the large social hall where many of us purchased shirts, mailed post cards and enjoyed tea and traditional Argentinean pastries.