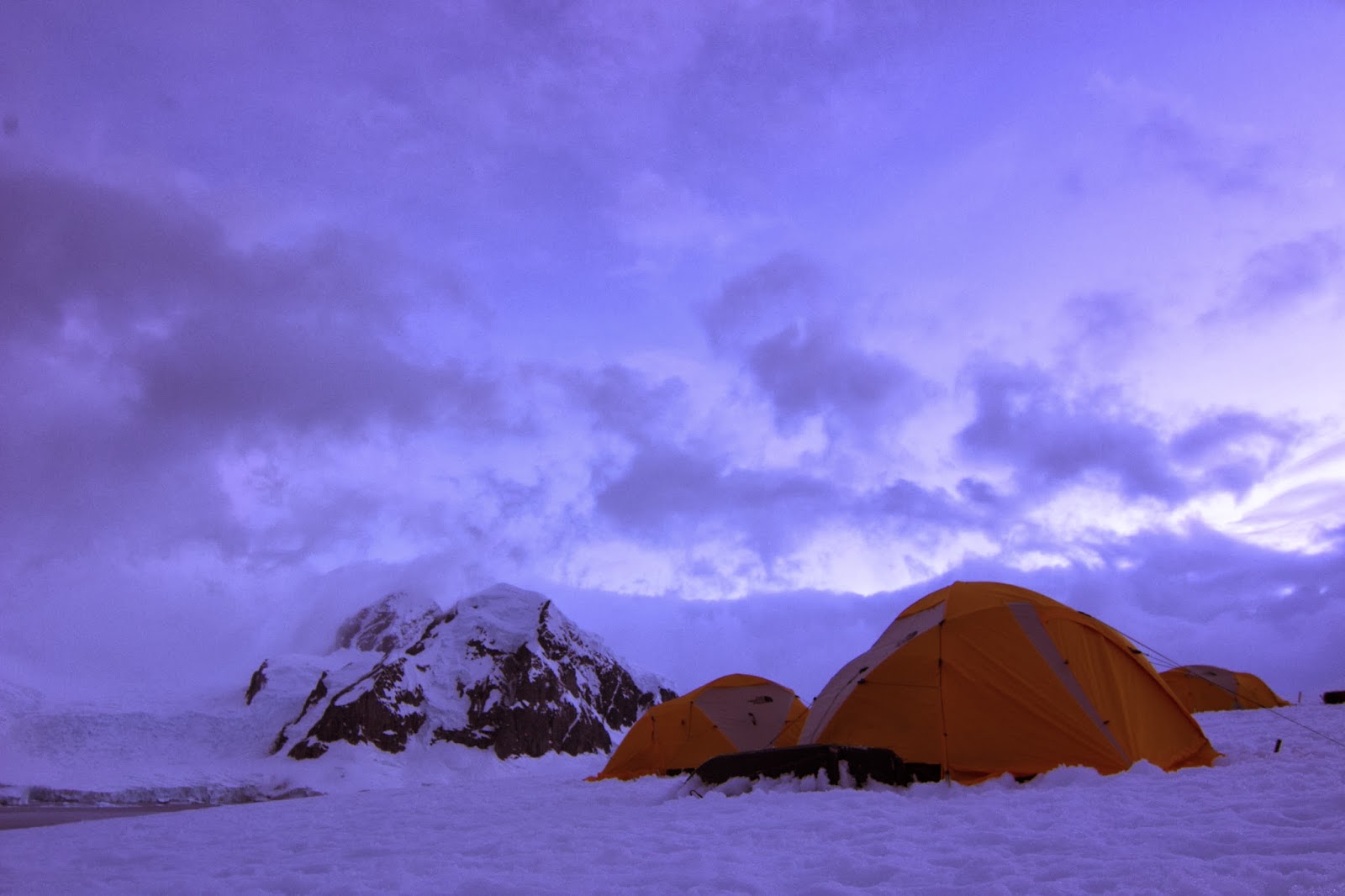 Our campers climbed out of their tents this morning to be greeted by a welcoming committee of penguins strolling through the campsite. Working together we took down the tents and packed our gear and headed back to the FRAM for a hearty breakfast and the rest of the days activities. 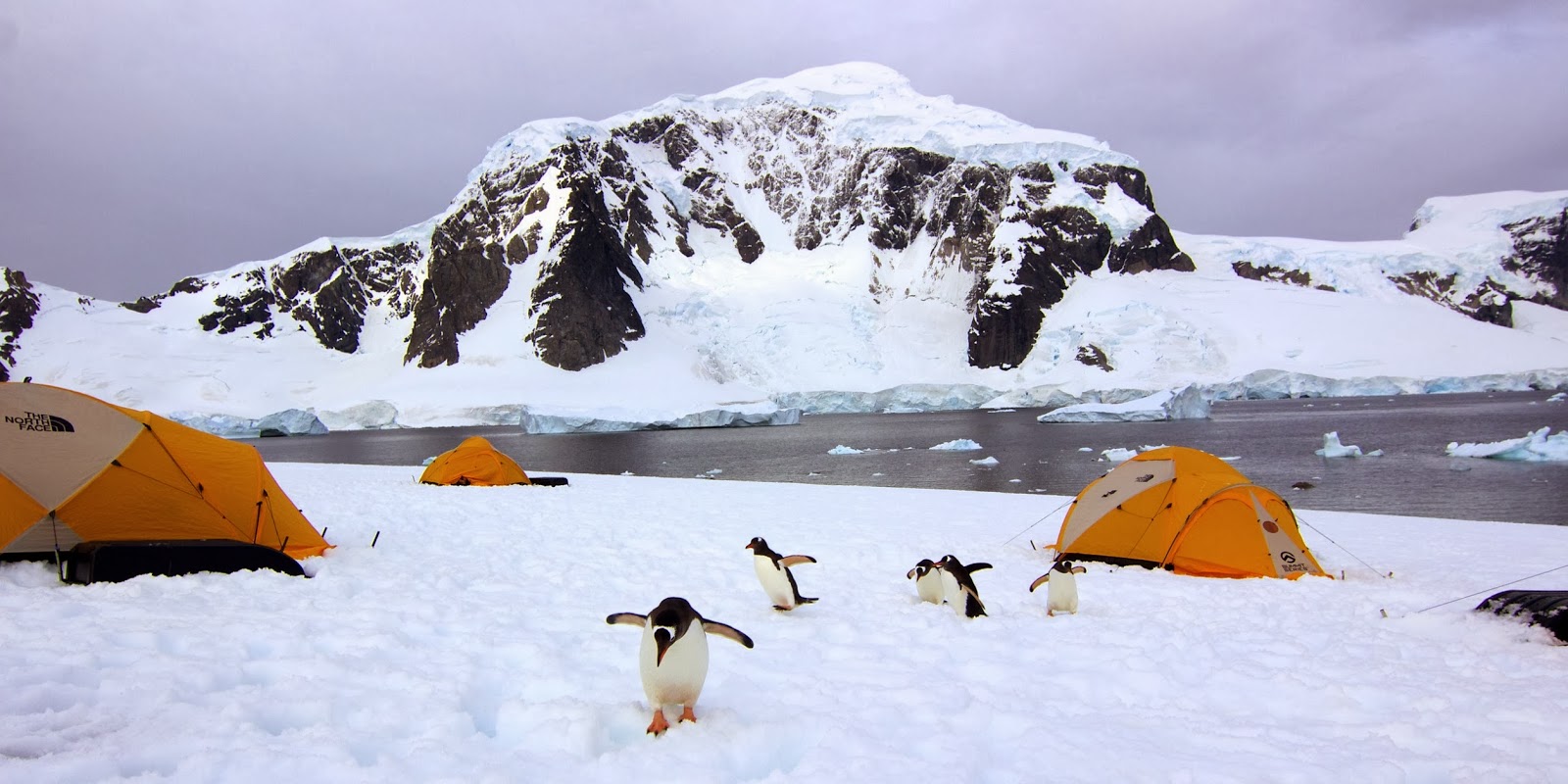 After breakfast we had a full passenger landing at . The topography of the is steeper side flanks with a rounded summit. Many of us climbed to the top and enjoyed and photographed the 360 degree view of the surrounding islands.

While onshore we saw Gentoo Penguins and Kelp Gulls with chicks. 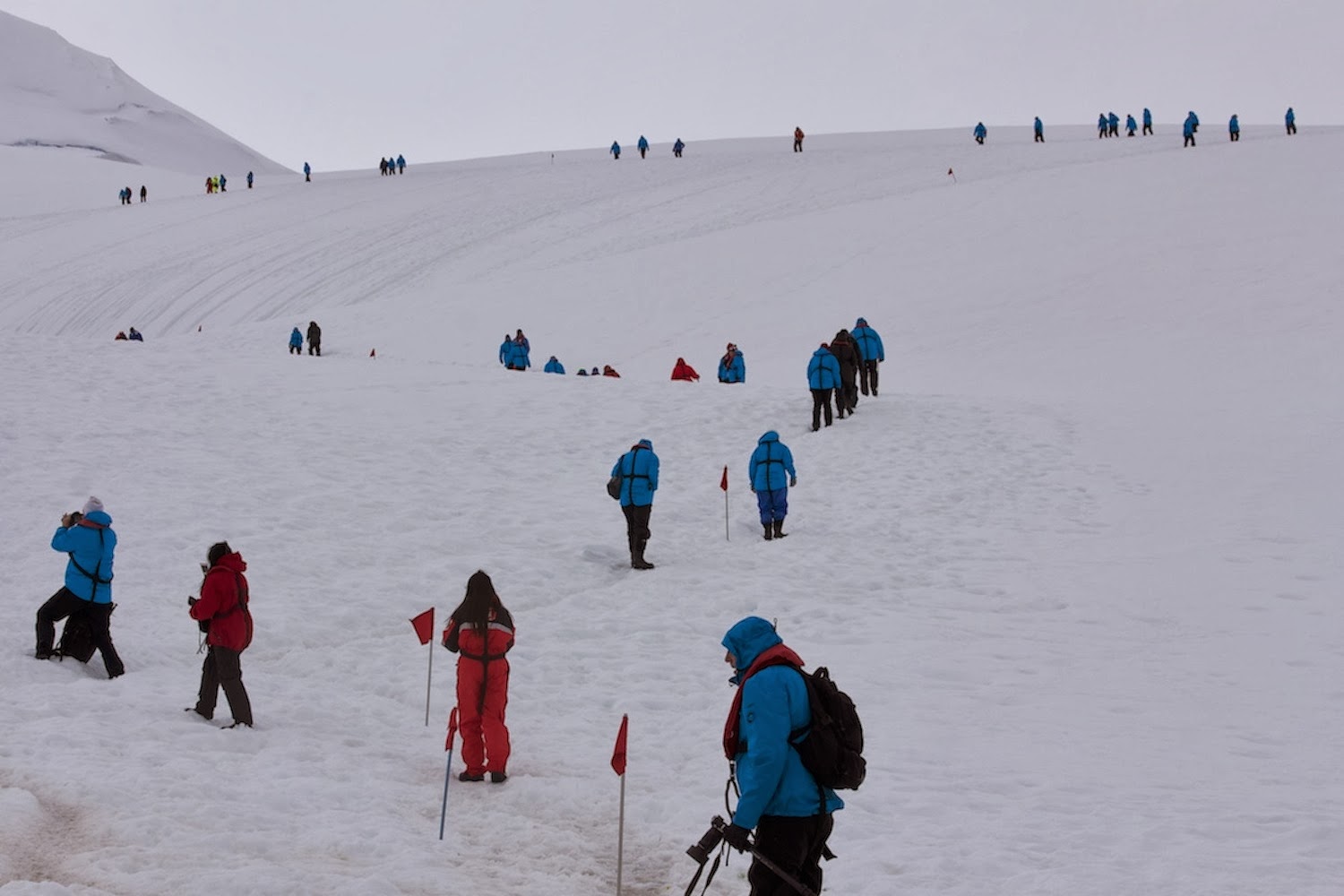 Others of us enjoyed kayaking and Polarcirkle boat cruises along the shoreline and water-level views of the nearby islands and glaciers.

During lunch the FRAM motored to our second landing site of the day at .

The landing site is on the and is one of the most, if not the most scenic, locations that we visit. From the rock overlook point we could see and appreciate the steep drop in elevation that the glaciers make as they creep, flow and avalanche in their descent from more that a 1000 meters or yards on the continent to sea level where they calve. 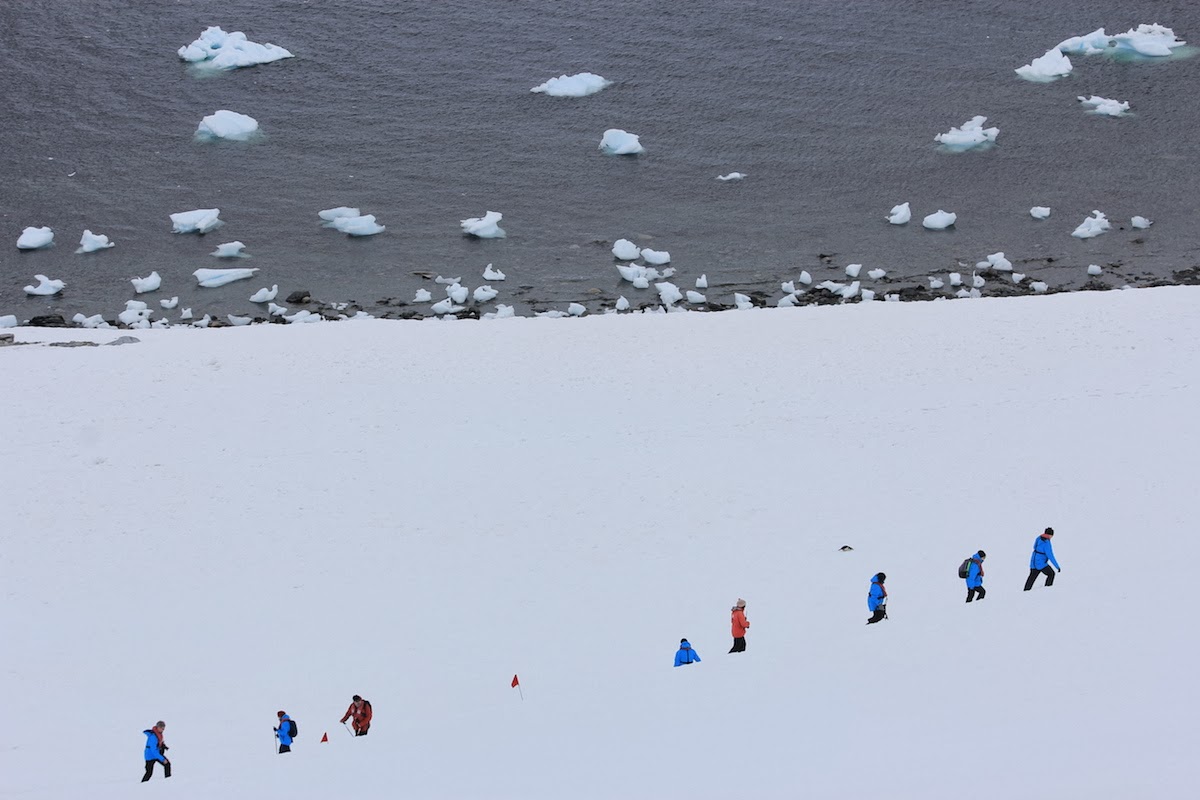 Our hike up to the overlook began on the sandy beach where we had to skirt around lazing Weddell Seals before we headed upward while being careful to avoid the penguin highways. At the almost midway point we encountered a colony of Gentoo Penguins and in this colony the young birds were between 4 and 8 days of age. 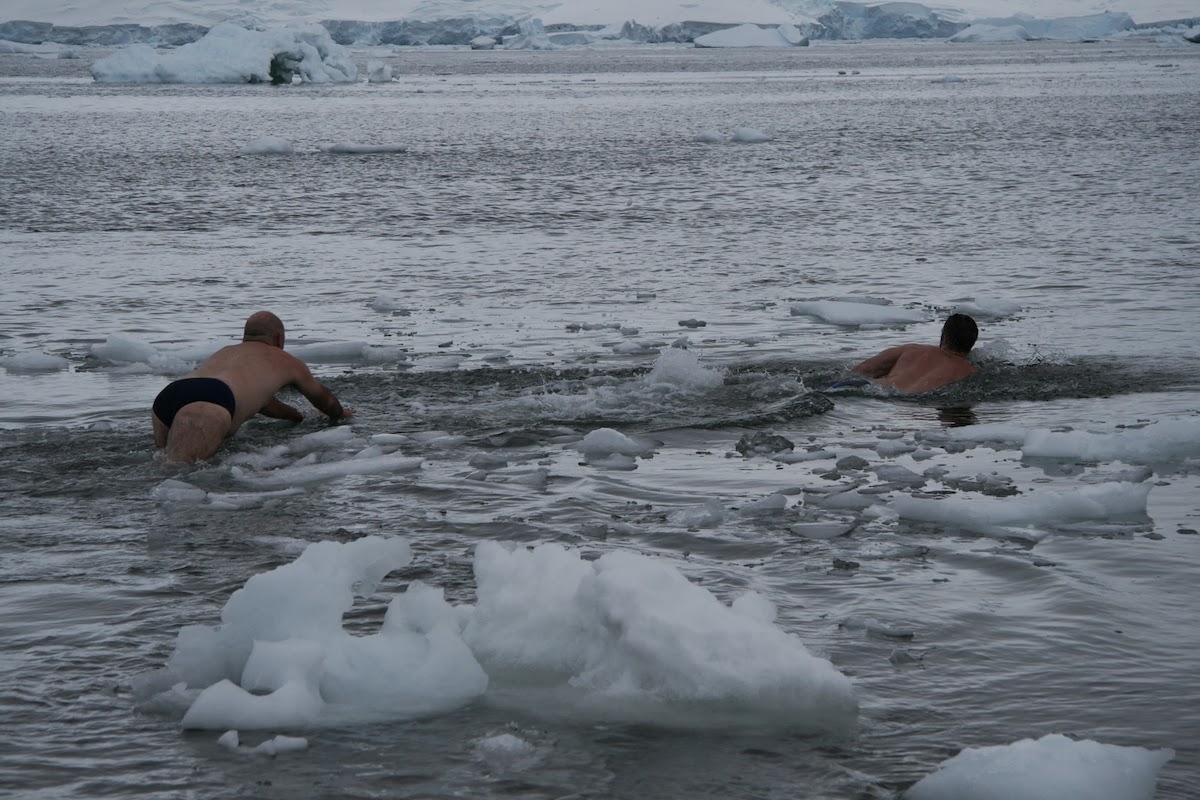 After completing the up-hill climb to the overlook point and taking photographs many of us took the “easy way” down the slope by sliding to the base of the hill. Then it wastime to return to the FRAM and have dinner and watch the beauty of Lemaire Channel slip by on our way to Petermann Island to set up the tents for a night of Amundsen style camping.