The Penguin That Everyone Wants to See, AN EMPEROR!

Our morning started with a landing on the White Continent itself.  At 08:30 the Expedition Team headed to shore at Almirante Brown in Paradise Bay.  This is a base that belongs to Argentina.  Today there was a few Argentina personnel at the base.  Setting foot on the actual continent of Antarctica is a very special thing.  For many people on the ship this is their seventh continent.
Most people took the opportunity to walk up a beautiful snow-covered hill where there was a terrific view of glaciers and Paradise Bay.  At the bottom of the hill, by the base there is a small Gentoo Penguin colony. One pair of penguins had a leucistic chick and a chick that had normal pigmentation.  The leucistic chick was beautiful tones of very light brown.
During our landing a Humpback Whale paid a visit to the ship.  It came within 10 metres of the tender pit and seemed rather curious about the ship. 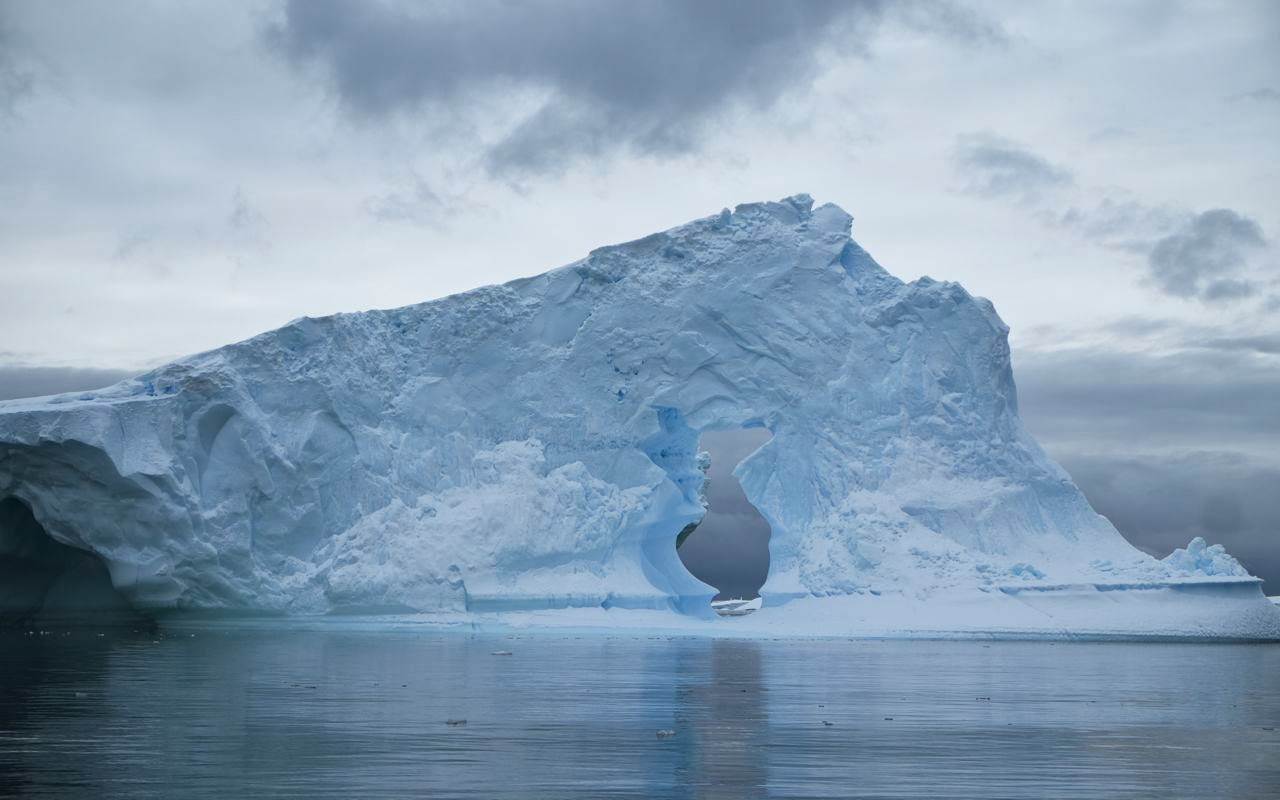 By noon everyone had had a chance to set foot on shore and it was time to head for our second landing of the day. At 14:30 we reached the north end of the Lemaire Channel.  There was lots of ice in the channel with many Crabeater Seals on the ice floes.
Just on the southwest side of the Lemaire lies Plenneau Island and some of the best small boat cruising on the entire Antarctic Peninsula.  The area between Booth Island, Plenneau Island and Port Charcot is always chock-a-block full of icebergs.
Instead of a landing we went cruising in the Polar Cirkel boats in the ice.  It was superb.  There were Crabeater seals everywhere!  And, as if we weren’t already having a fantastic day with a lucky sighting of a leucisitic Gentoo Penguin chick, there was a lonely Emperor Penguin molting on Plenneau Island.  This was a rare opportunity to see THE PENGUIN.  The pengiun that everyone wants to see.
By 19:30 everyone had had their turn cruising in the ice and Fram turned her bows to the south once again.


Today was an absolutely amazing day.  We all wondered what tomorrow held in store.