Half Moon Island and Admiralty Bay

We landed on a cobblestone beach on Halfmoon Island at 08:00.  The main attraction at this site is a large colony of Chinstrap Penguins.  There were also two Southern Elephant Seals, a couple of Antarctic Fur Seals and one lonely Macaroni Penguin. 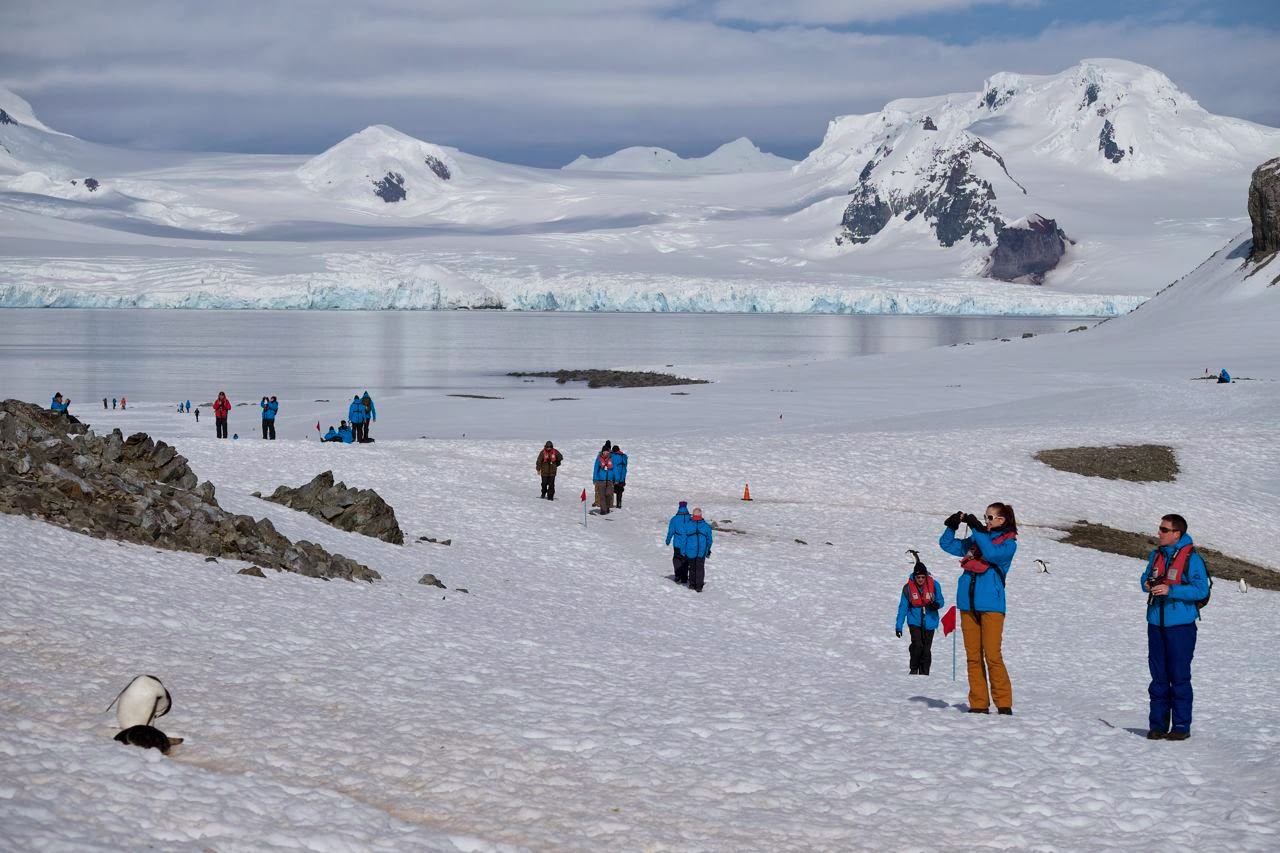 It was completely overcast at the start of the landing but by 10:30 the sun was shining and it was mostly blue skies.  It turned into an absolute stellar day.  You didn’t want to forget to apply your sunblock on a day like today. 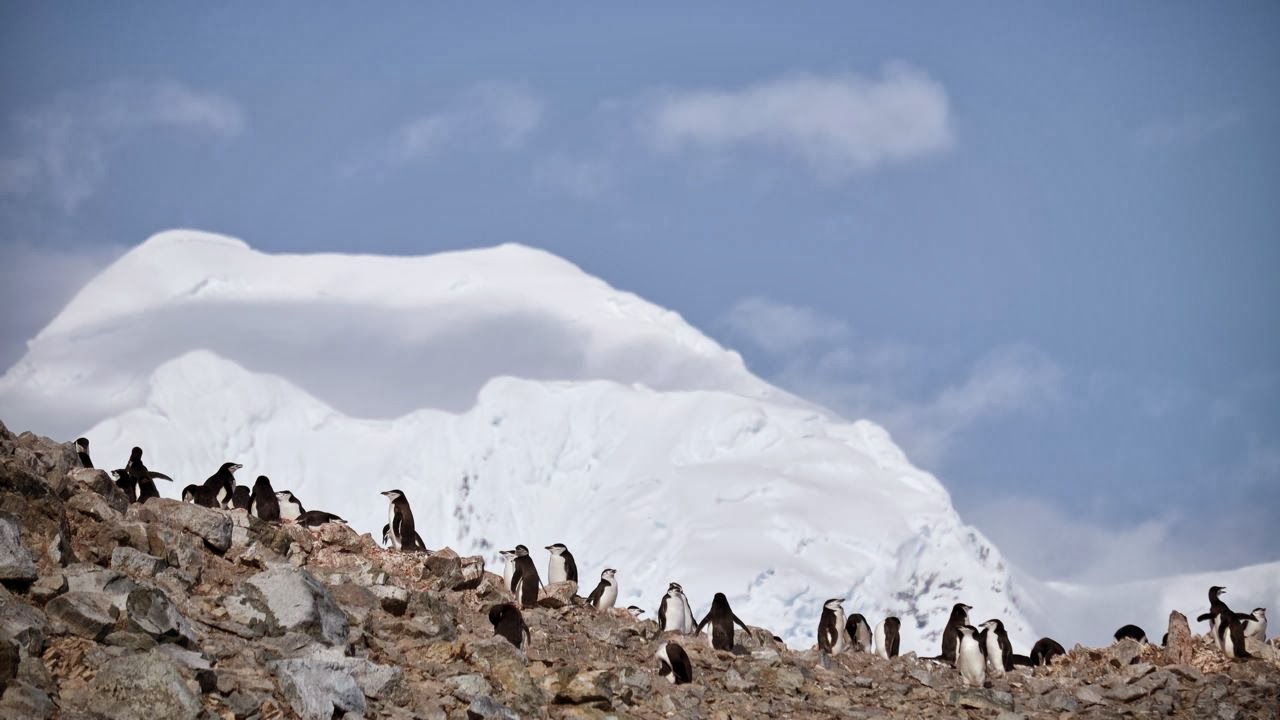 The footing was a little slippery on ice and frozen snow but by mid-morning the sun had done it’s work and had softened the icy snow turning it into much a easier walking surface.
One group of people elected to go on a lengthy snow-shoeing excursion while another group of eager paddlers went on a kayak trip that circumnavigated the island.
By 11:30 everyone was back on the ship and we set sail for King George Island. 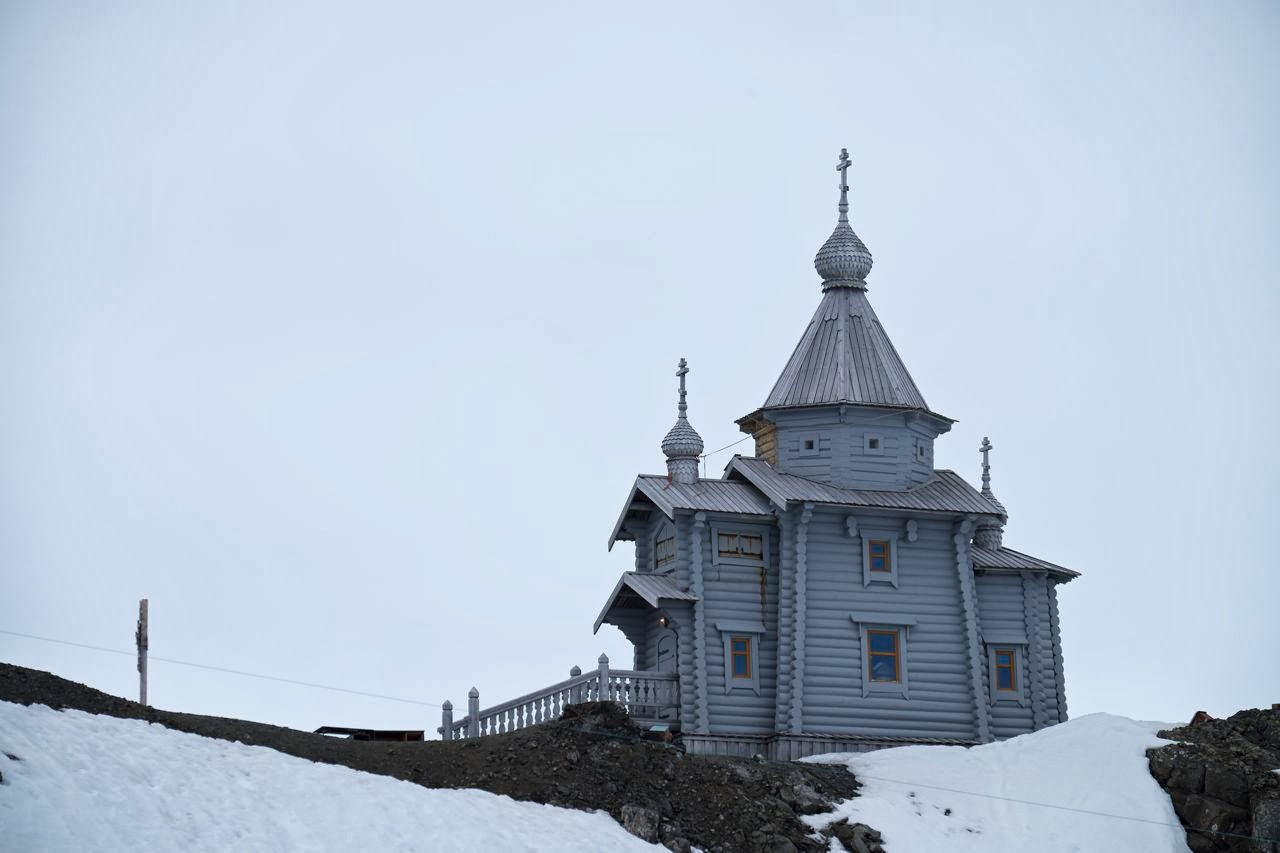 Later in the afternoon we landed in Admiralty Bay where we were able to visit both the Chilean and Russian bases.  One of the highlights of these two bases is the beautiful little Russian Orthodox church.  It was built in Russia and then shipped and finally assembled at the Russian base.  It first opened  in February 15, 2004. 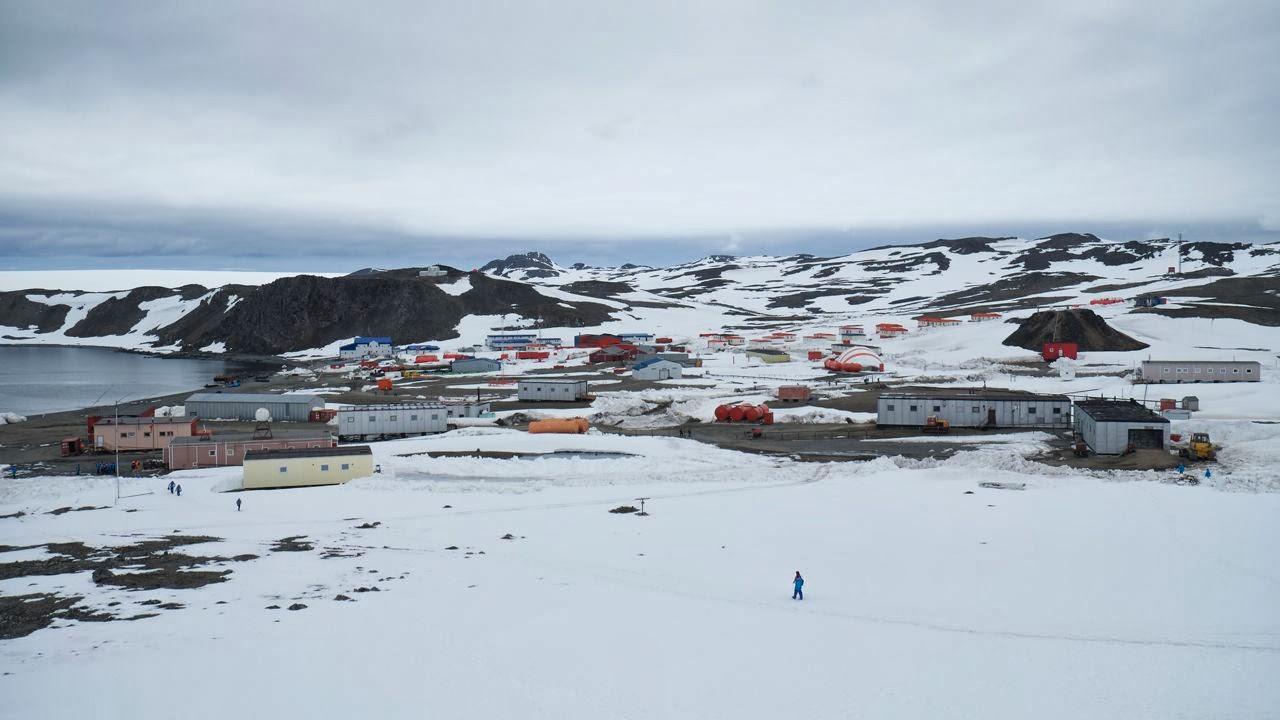 The weather was mild with overcast skies, ideal for strolling around the two bases.  It was interesting to see the visual differences between the Chile and Russian Bases.  Chile looked rather prosperous while in marked contrast, the Russian base looked more utilitarian and like it could use a coat of paint.