The fog was quite thick at breakfast time. The officers on the bridge were using the radar units to locate and keep us clear of any large icebergs. To allow the officers to focus on safety our visits to the bridge, scheduled for this morning, were postponed and will be rescheduled at a later date. The seas are quite calm and the winds are only at the level of a gentle breeze. 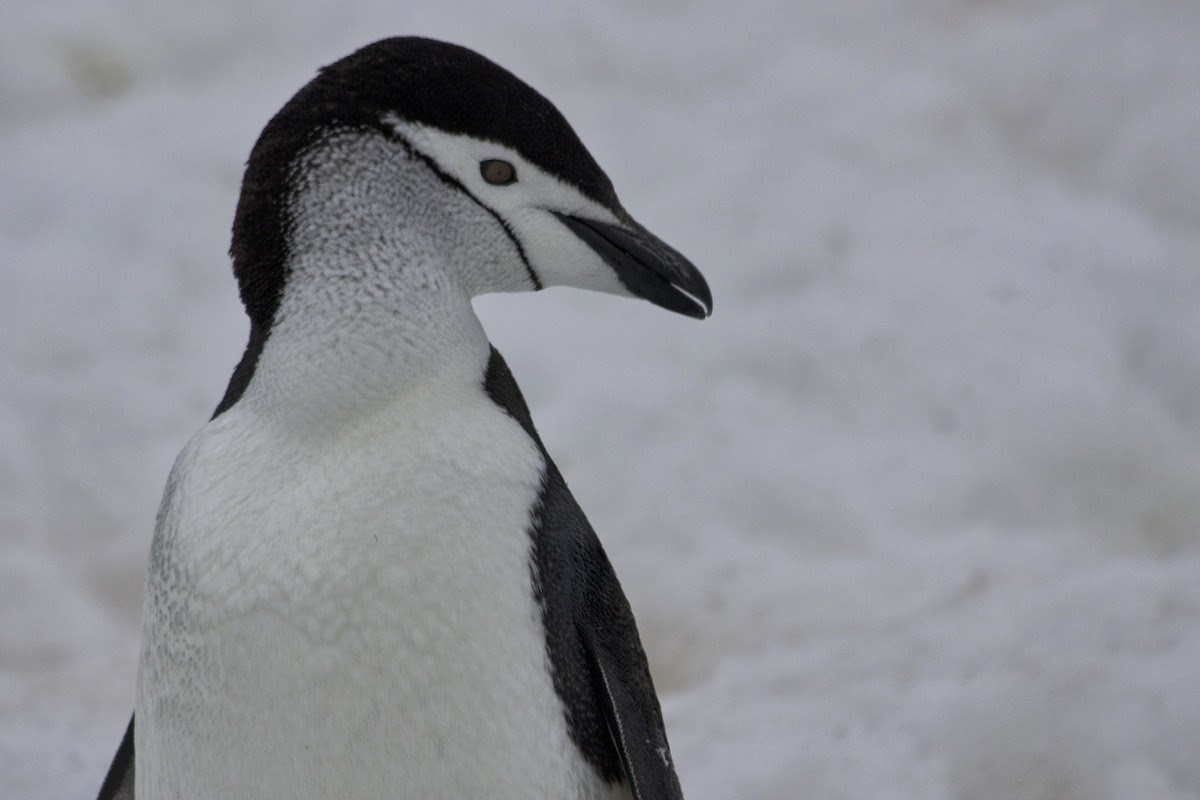 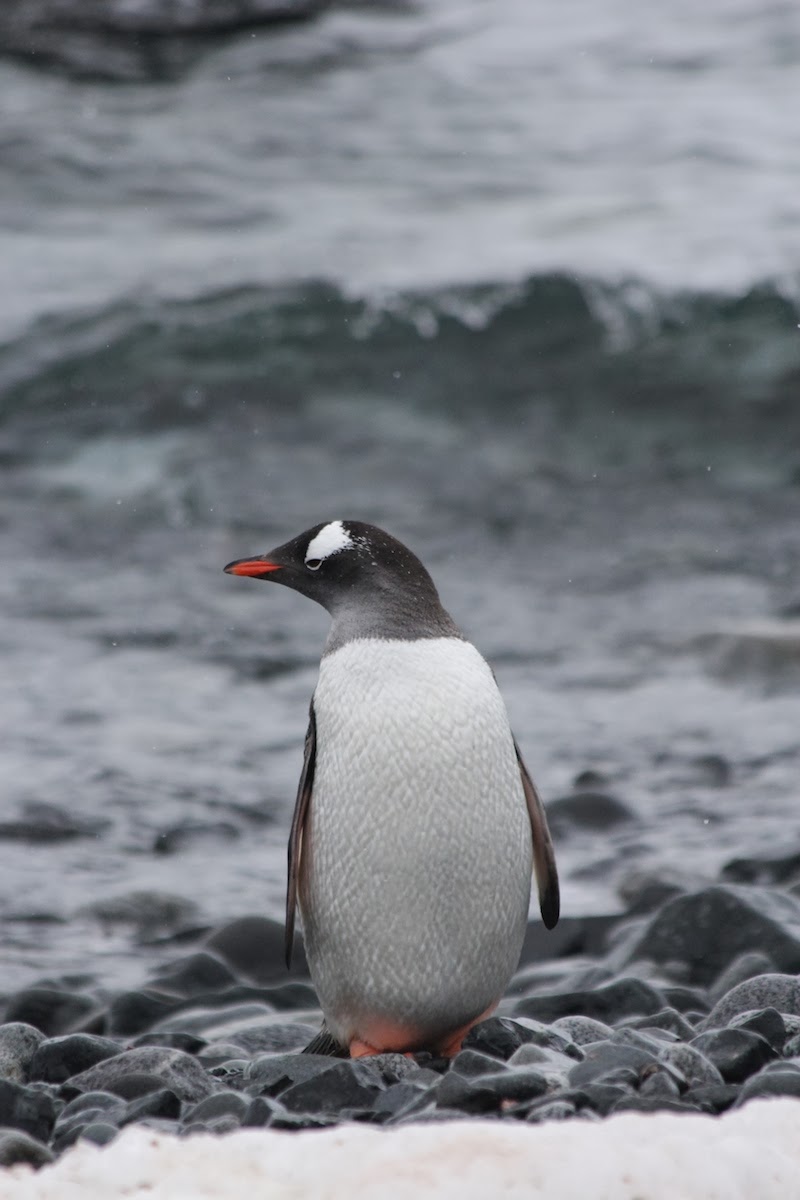 Our first sight of the Antarctic was the South Shetland Islands and as we passed through we were welcomed by our first sighting of several whales. They welcomed us to Antarctica by broaching off our bow.

By late afternoon we arrived at Half Moon Island and on this our first landing we were greeted by thousands of Chinstrap Penguins, a few Gentoo Penguins and a single Macaroni Penguin. The weather cleared a bit while we were on-shore and the rugged peaks of became visible through the haze. 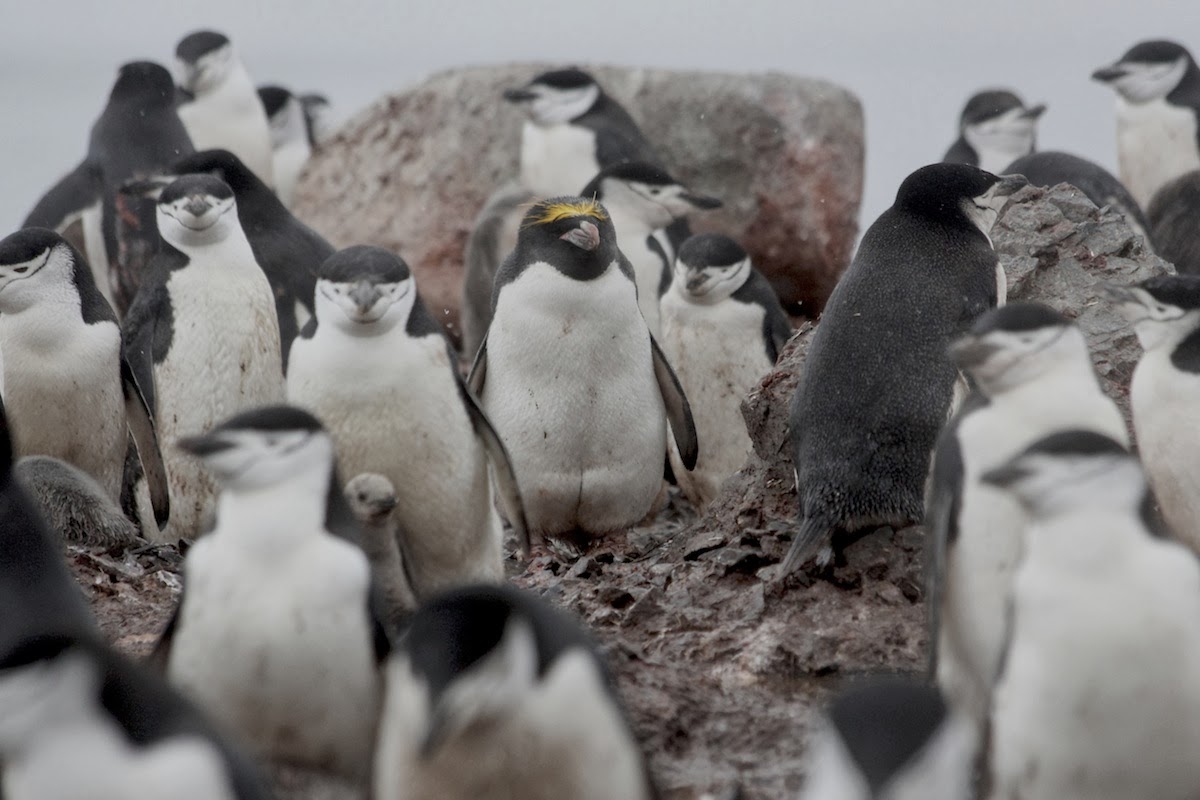 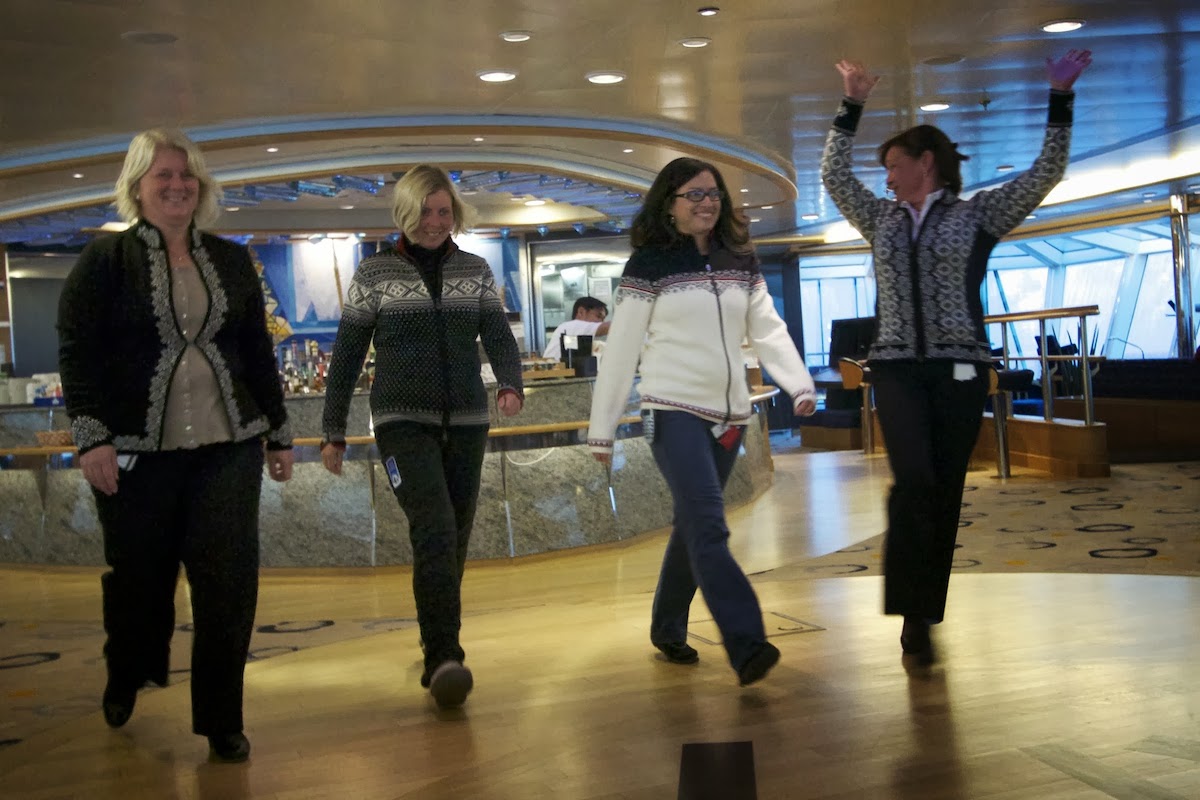 The evening closed with the FRAM fashion show. The models were clearly amateurs but recognizable as their professional jobs are as our expedition staff and ships officers. Tonight we are underway to the tip of the .