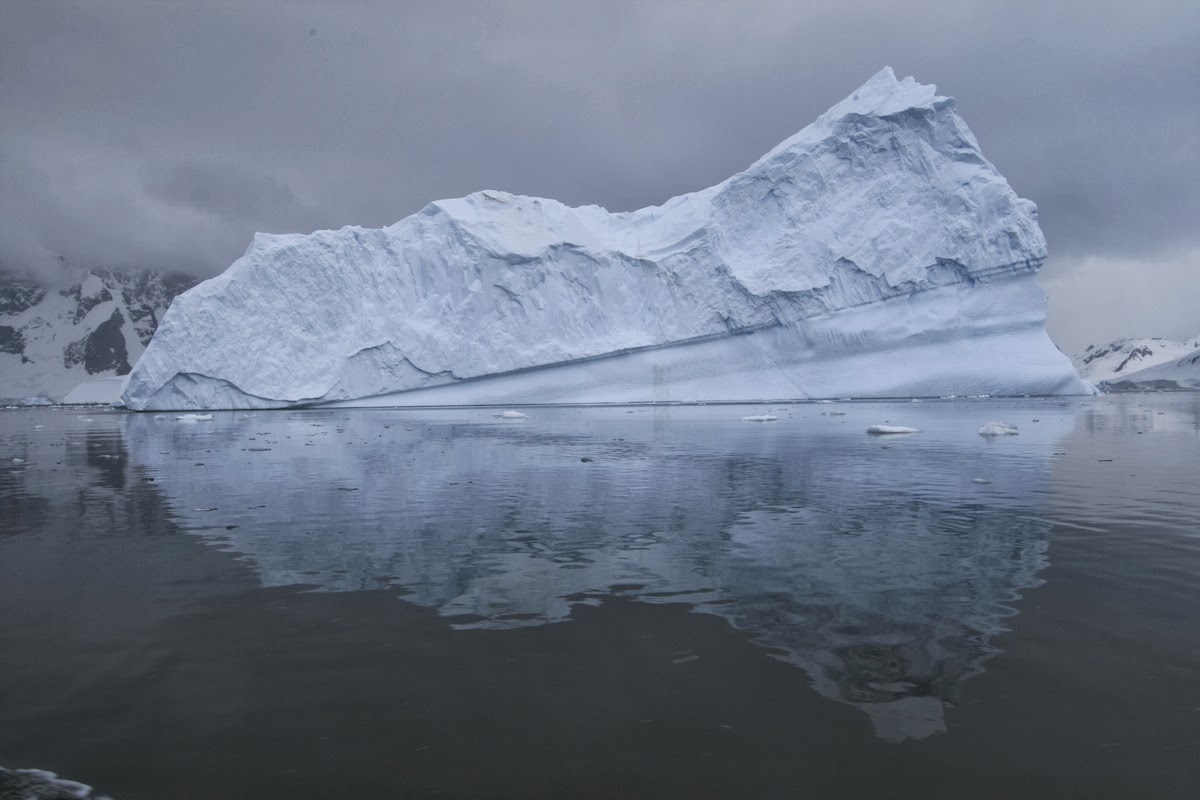 Today’s sunrise was at 02:52 or 2:52AM and at breakfast time the FRAM was motoring in relatively heavy fog across very smooth seas. We continued our transit toward for an afternoon landing. While underway our Expedition Staff gave 2 lectures: one on the various types of whales frequently encountered in Antarctic waters. This lecture was interrupted when the FRAM slowed to allow us to gather on deck and observe and photograph a group of Killer Whales. The second lecture related the on site experience of two years of wintering over at the Polish Antarctic Research Base named for the geologist Henryk Arctowski. 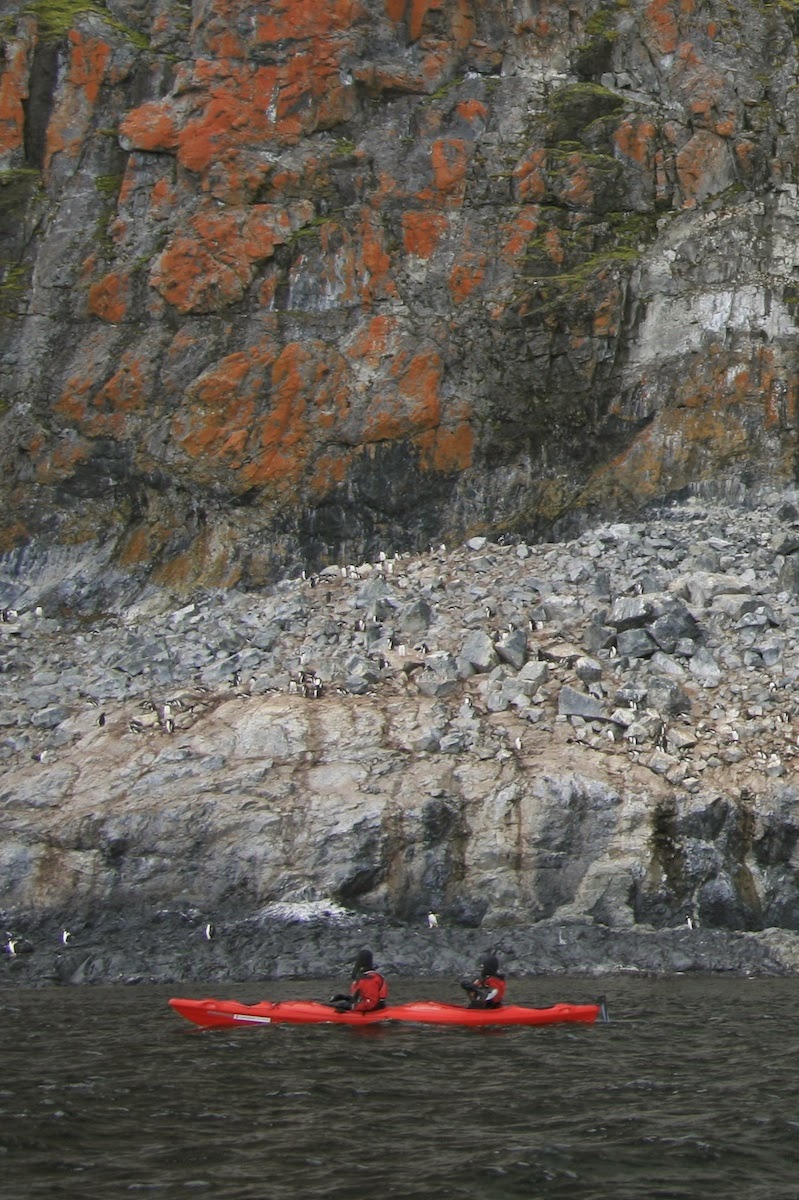 The overcast skies and a few snow squalls provided the background for our landing at  . Our Polarcirkle boats had to weave their way through grounded icebergs to get us to and from shore. On shore there were hundreds of thousands of Gentoo Penguins. Some still had eggs and many had very young chicks, perhaps these late hatchlings will not be fully feathered for sea by the time the sea-ice starts to form. This could mean a smaller population at this site next season. The hills behind the landing beach at Cuverville offered some of us the opportunity to hike about and up and down on snowshoes. 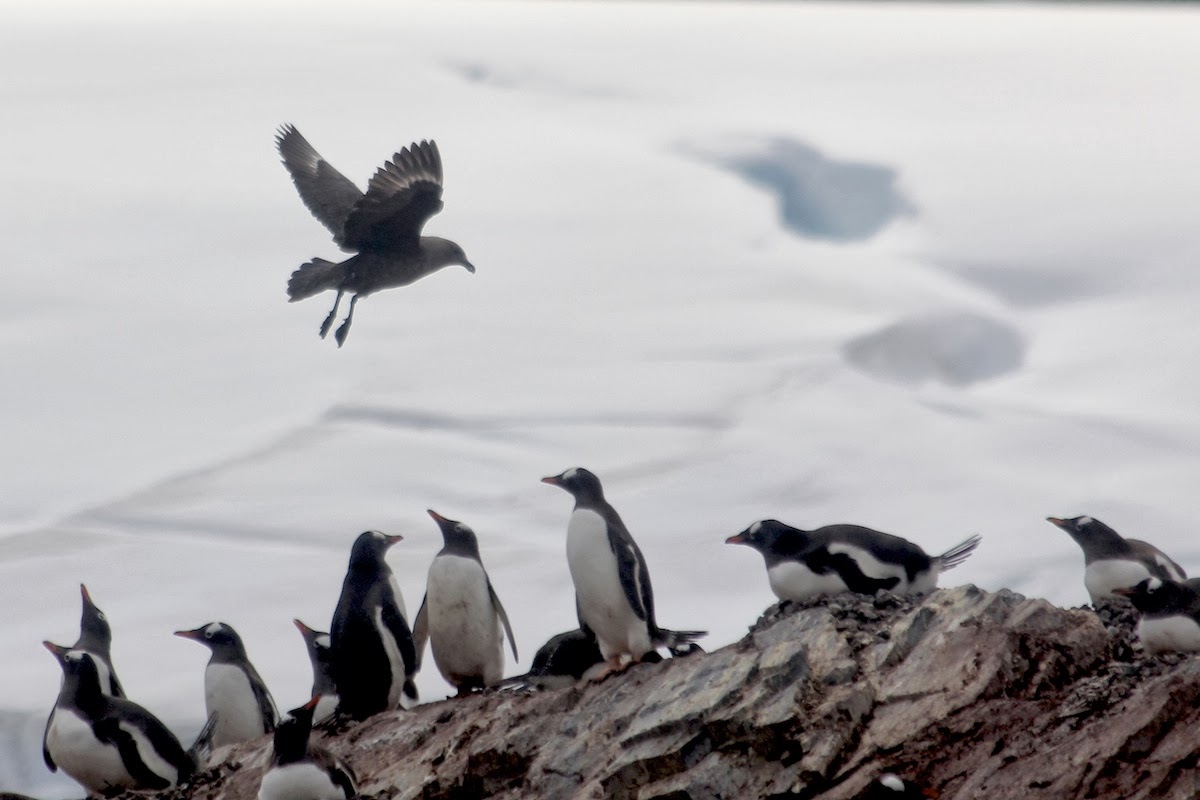 After our landing at we headed slightly south to , where 16 of us went overnight camping. Perhaps overnight is not the best term as it never became very dark. The sky was overcast and the sun never was directly shining at our campsite, as a result sunset and sunrise were not clear events. It was darkest at the interval between about a half hour after midnight and a half an hour after one in the morning. Even then it was never truly dark or pitch black as the snow cover provided reflected light. The tents were fine and the 2 layers of sleeping pads kept the cold in the snow and did not allow the cold to penetrate our sleeping bags or us. Before pitching in for the night we hiked to a nearby knoll that overlooked our campsite. 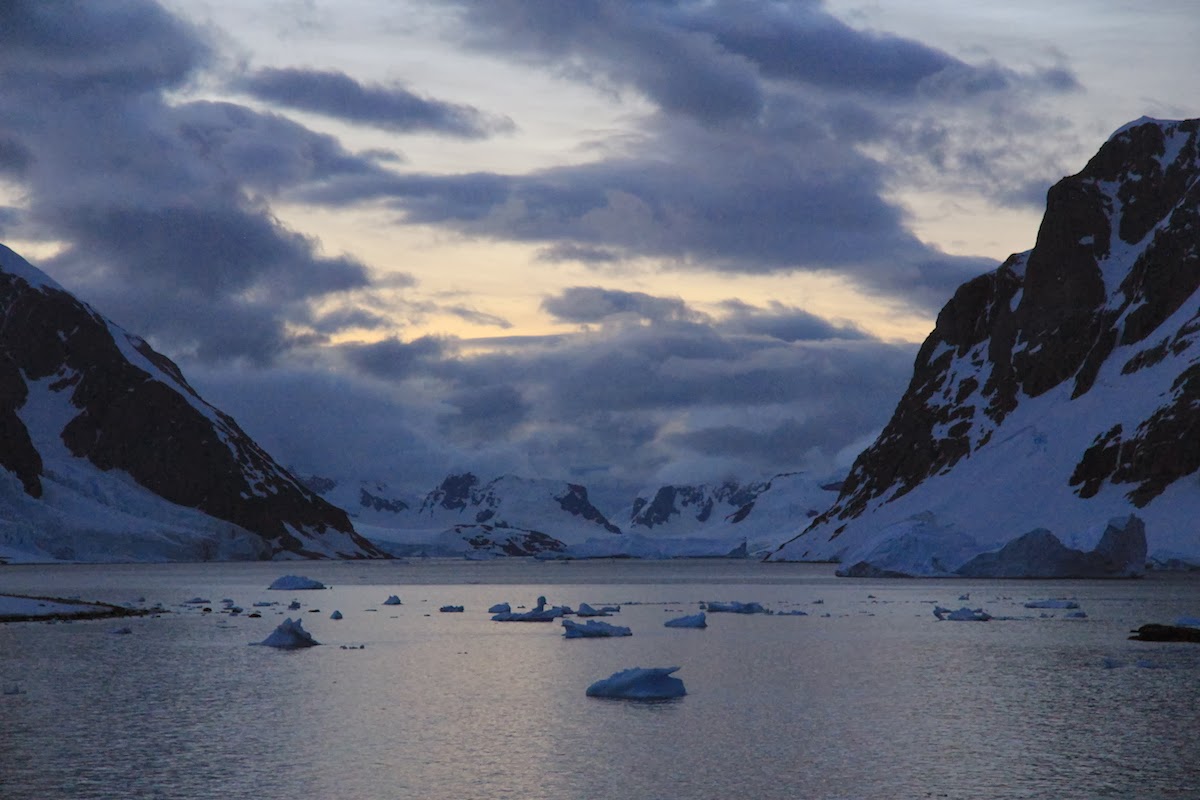 After that some crawled into their sleeping bags while other walked around our campsite taking additional photos. By 0600 or 6AM the next morning everyone was up and we worked together packing our tents and other equipment for transport back to the FRAM.