One of the really terrific things about life on board Fram is that we have a great opportunity to mix with people from many different countries and from very diverse backgrounds.  Today was certainly all about that.  We have a large group of passengers on board from China (57 people)!  Several events were organized to help celebrate Chinese culture, including an exciting table tennis tournament and a Chinese Chess tournament.  All told we had 26 players for table tennis.  13 players representing China and 13 players from 10 different nations representing "The International Union"! The atmosphere in the gym was like a loud party.  Everyone was cheering for their favourite players.   It took two hours to finish round one of the tournament.  Round 2 will commence tomorrow afternoon at 14:00.  Standby sports fans for further results!  It was a great opportunity to get to know one another. 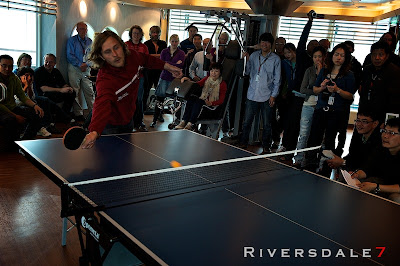 Pretty much all day long, we sailed through dense fog banks. Therefore, the visibility was not great, but we still managed to spot the occasional whale blowing. And dare we say, a foggy day with some snow thrown in provided the perfect atmosphere for our arrival to Elephant Island.

Had we seen Point Wilde under sunny weather, we would probably have had a good view of the monument honouring Captain Pardo, the Chilean pilot that rescued Shackleton's men after their heroic stay on this rocky outcrop... But seeing it partially veiled by heavy fog and snowfall made it far more impressive: to think that we are visiting this unforgiving place in December (the beginning of the Austral summer), and that those famous shipwrecks survived 4 months in far less hospitable months of the year is quite astonishing - and humbling, too. 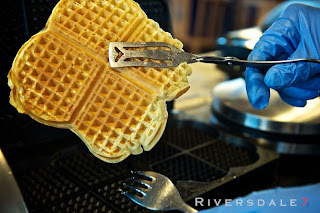 Towards the end of the day, we were treated to a double set of gastronomic delights - both of them traditional and delicious! In the afternoon, we had freshly-prepared Norwegian waffles. For dinner, thanks to the efforts of some of our Chinese passengers, we tasted delectable dumplings - what a delightful way to conclude our onboard celebrations of Chinese Day! 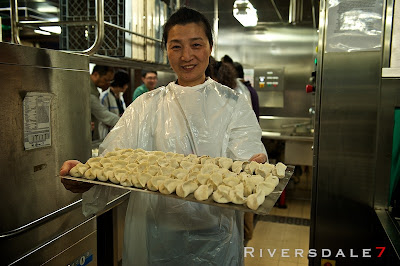