When we woke up this morning plan A for today had already fallen through during the night. The wind in the Weddell Sea had picked up very strongly. So the decision was taken that we leave the Weddell Sea prematurely lest we get locked in by the ice. Plan B was a landing on Joinville Island but as we could see in the morning the landing site was full of ice, so our ever optimistic Expedition Leader had to contrive a plan C: we carried on into a bay nearby, however when we got there the wind was so strong that anybody could see that a landing there would have been all but suicidal. On to plan D: we enjoyed lectures on board while we were cruising through the Antarctic Sound towards better weather. Plan E would have been a visit of an Argentine research station, but they very much regretted that they couldn't host us, because their cool house had a technical defect. This must have been the strangest excuse ever Antarctica! Plan F was a landing site on an island called Gourdin, but there wind was too strong again, so on to plan G: more lectures! Well we had been told from the beginning that we would have to be flexible, but it was also astonishing how flexible the Expdition Team and their fearless leader were. She even also had a plan H: We were to attempt a landing on an island called Astrolabe. 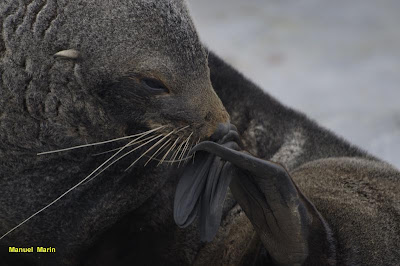 And what a landing it was! The scenery was beautiful, the weather sunny, and the sea calm enough for us to go out. We saw a rather large rookery of Chinstrap penguins, and we met all kinds of seals on the beach. The fur seals were a boisterous lot. Weddell seals and crabeater seals had a quiet snooze on the island as well. A leopard seal was sighted in the water. The Expedition Team tell us that is is unusual to see so many defferent kinds so close together. By the end of the day it was a wonderful experience again. We have now seen real Antarctic conditions and had a very memorable landing in the end. All's well that ends well.


Tomorrow we will arrive on the Western shore of the Antarctic Peninsula and we can hardly wait what adventures are in store for us there. 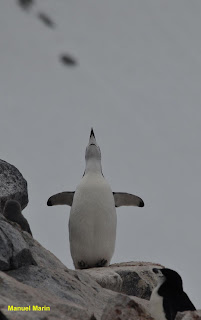 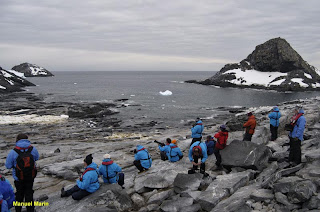