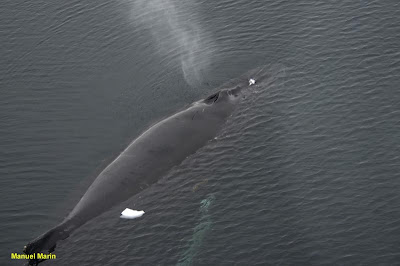 Ever since we left South America we have not encountered another vessel, which truely gives the impression of being on an exploration voyage. This is not altogether surprising since the Weddell Sea is a very rarely visited area. We were told from the beginning that weather and ice conditions would require the utmost flexibility from us and that we should not be surprised if sudden changes or cutbacks of our programme became necessary. So this morning when we woke up to a bleak and foggy morning in this ice ridden sea we thought that we would be in for a day with little hope of landing anywhere. But someone on board must be on very friendly terms with Lady Fortuna. The weather improved quickly and we had a wonderful cruise in the Weddell Sea with magic ice formations all around us. The wildlife watch proved successful as well as an unusually large number of whales crossed Fram's course. There was even a sleeping humback whale very close to the ship which was a splendid sight. Seals of different kinds and penguins completed the experience and then there appeared for a brief moment a lonely Emperor Penguin on an ice flow. How could we ever be so lucky? 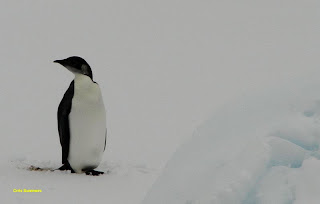 In the afternoon we came ever closer to Snow Hill Island and the tension on board rose. Would we able to make it through the ice close enough to shore to reach the landing site there? The captain admirably steered the ship safely through the ice and we made landfall. Snow Hill was home to the Swedish expedition in 1901 - 1904. The old hut is still there and gave us an unforgettable impression of the lives of the early explorers. The guest book in the hut informed us that we had been the first visitors for more than one year. That really goes to show how isolated we are in this part of the world! 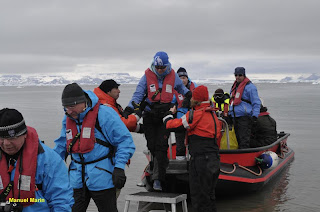 The island is largely volcanic and does not support a lot of wildlife, but the walk was beautiful. We admired a lot of rare fossils. The volcanic ash is very wet which turns the island into a mudcake and some of us got stuck with their wellingtons, which was a hilarious sight for those who did not have to struggle with these conditions.

Tomorrow we will brave the ice again and attempt another landing in the Weddell Sea. Let's see if we will be favoured by conditions again. 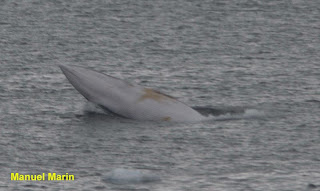