Farewell Antarctica (it's been a blast!) 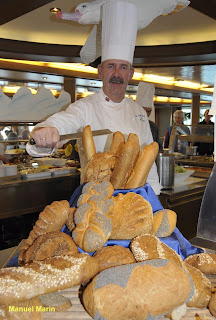 Sir Francis Drake was blown into his namesake strait in 1579, but it was not until 1616 that Cape Horn was rounded from east to west for the first time. Two Dutchmen, LeMaire and Schouten sailed around it in the Unity. However, they named it for their other ship, Hoorn, which had accidentally burned on the Patagonian coast. That ship had, in turn, been named for their home town in Holland. 395 years later, the Fram had such a calm Drake crossing that she was also able to round the Horn, from east to west. Under stormy skies and wicked winds we rocked and rolled as we sailed these notorious waters. Anja and the Captain bestowed this parting jolt of excitement upon us before we slipped into the sheltered Beagle Channel. 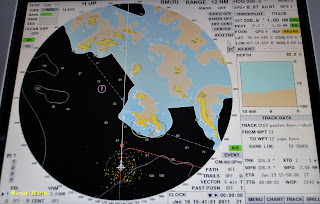 Between dinner seatings a bidding war developed for the prize souvenirs of our voyage – beautiful watercolours painted by Mark, the ship’s flag and the British Admiralty chart with the course of our journey plotted on it by our Navigation Officer. Bird Life International and the Antarctic Heritage Trust will both benefit from our magnanimous charitable donations, thank you.

A northbound Beagle means only one thing…our voyage is drawing to a close. Tomorrow we bid farewell to MV Fram, to friends, to Antarctica. Perhaps, just maybe, through some twist of fate or insatiable urge we will one day return to the Deep Cold South. 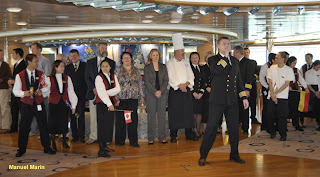