Antarctica - we made it 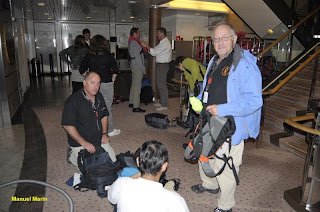 Oh, we had another glorious day in our adventure! In the morning we continued our crossing of the Drake Passage and there were lots of things to do: We had a comprehensive briefing of all the rules and regulations that need to be observed by everyone visiting Antarctica in order to leave minimum impact on this last great wilderness on Earth. Isn't it remarkable that so much care is taken here to protect the envirionment? Later we had our bags and rucksacs vacuumed so that we do not introduce any alien species accidentally. At the same time we received our life vests for all the landings in Antarctica. We had many a laugh trying to put them on in the beginning. 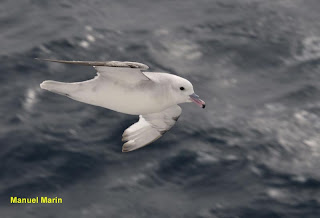 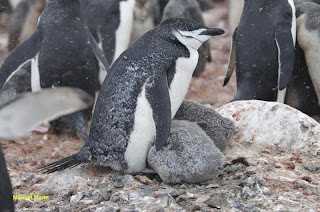 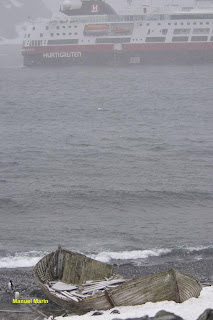 Around lunchtime we saw the first icebergs as we reached the South Shettland Isands. Neptune was getting a little angry as we approached our landing site in Halfmoon Island. The wind picked up and snow squalls started to set in. Were were by no means certain if we would be able to do the landing, but in the end it turned out that conditions were just good enough. It was such a joy that most of us made it to shore and set foot on Antarctic soil for the first time and we saw many interesting and lively ceatures. There were some remains of the days of the sealers as well and it was an exhilerating feeling to be in the middle of this amazingly strange wild place. By the end of the landing Neptune really was angry and started moving all the furniture around. The last of us to return to Fram had a very wet ride. Nobody minded though, because all of this is part of the adventure.

Tomorrow will be another exciting day and there will be more encounters with an altogether mysterious world.