A Kiss Without A Squeeze 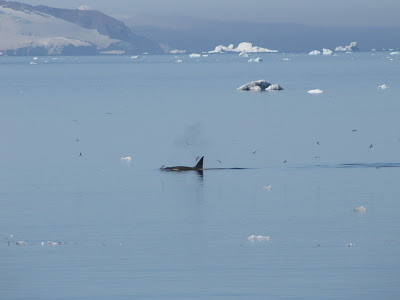 Antarctica without sunshine is like apple pie without cheese or a kiss without a squeeze.  It's just so much better on a sunny day.  The sea becomes a giant reflective surface mirroring snow-peaked mountains, glaciers and icebergs.  The colours of the landscape become more saturated. You can see the tops of mountains and it seems that you can see forever.  A little sun warm's the body and soul and lifts everyone's spirits.  Such was the day we had today. 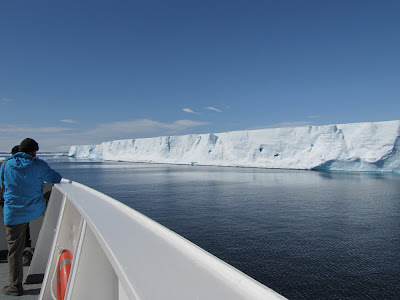 Brown Bluff is a magnificent precipitous cliff that rises almost from the water's edge.  Both Gentoo and Adelie Penguins nest along a narrow strip at the bottom of the Bluff.  Large glaciers border both ends of the cliff.

Many people chose to hike up the edge of the moraine on the west side of the landing site.  While it was a struggle to go up the steep slope, the view was well worth the effort.  From the top we could see even more adventurous souls braving the freezing temperature of the Southern Ocean and going for a swim!
In the afternoon we enjoyed cruising through the Weddell Sea.  Gigantic tabular icebergs were abundant.
In the midst of this awe-inspiring marine-scape came another pod of Killer Whales!  It was a group of eight animals and were Type B Killer Whales once again.   It was fascinating to watch them spy-hopping various ice floes.  It is well documented that Type B Killer Whales seek out seals resting on ice floes.  The leopard seal pictured below was taking a siesta on an ice floe large enough to provide a safe haven from hunting Orca. 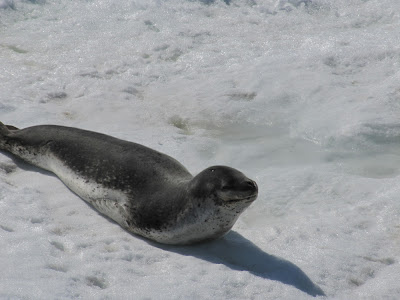 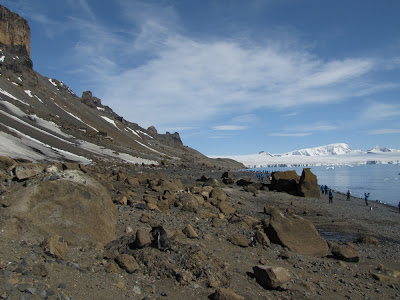 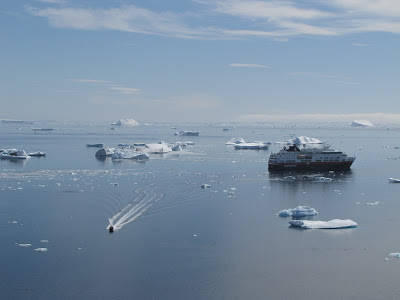 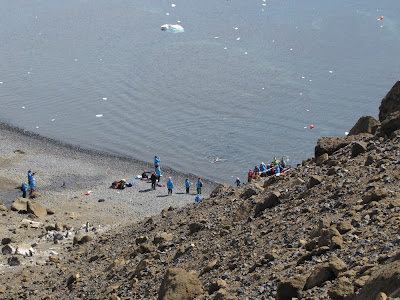